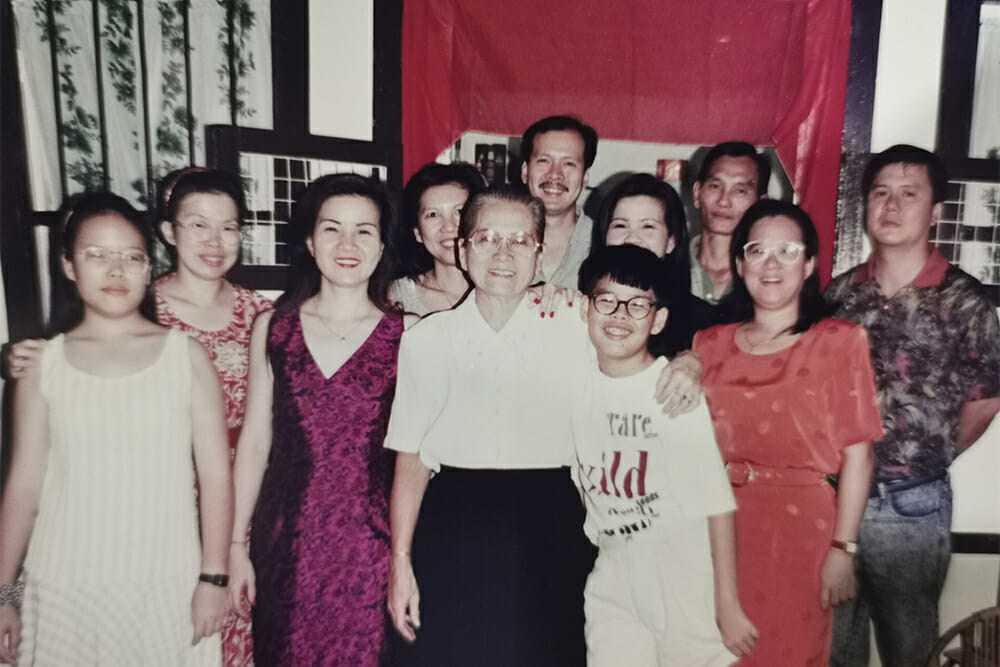 Welcome to the 21st century – we now have flying drones, pay-wave technology, and driverless cars. Life has never been more advanced!

And yet, while technology is great, we’ve lost a few things in transition. We stopped doing all the old-fashioned things our grandparents did. Things like cooking for a big group, making our own kuih, or even just walking our children to school.

For this Chinese New Year, IRL was inspired by the #DigiCNY2019’s video and decided to relive some of these grandfather stories. Here’s what our grandparents did back in the day that we don’t do anymore.

1. Taking a Big Family Photo at a Studio

Back in the day, family photos were a big event. There was no such thing as a ‘wefie’. If you wanted a family portrait, there was only one place you could go – the photographer uncle’s studio down the road.

Yes, the one with the giant umbrellas, flashing lights, and random props.

Everyone had to look good and dress up. We’d pack into several cars (or walk, whichever was closer) and then convoy to the studio and spend at least several hours posing in front of the camera.

And then, after it was done, there was no such thing as looking at the shot. Everything was captured on film. You had to wait days for the uncle to finish developing the photo. You wouldn’t know if it came out right, or if someone had a funny face – you just had to trust him.

Once it was done, he’d blow it up and put it in a frame, where you can hang it proudly in the living room. If you wanted to look at it, you’d have to go to your grandparents’ house, where presumably, your grandparents would stuff you with their cooking.

Nowadays, if you’re talking about having a meal with family and friends, it means potluck, ordering food online, or going out to a restaurant to eat.

Not for our grandparents. Family dinner was considered one of the biggest events of the year. So, our grandparents would roll up their sleeves and cook a feast for the entire family.

Malaysians have big families, so cooking for the extended family meant a LOT of food. Groceries would have to be bought the evening before (fresh, at the wet market of course). Then the next day, grandma (and some help) would spend the whole day in the kitchen.

By dinnertime, everything is laid out to serve – delicious, home-cooked dishes for the whole family. Everyone would sit around a big table and talk, presumably trying to figure out grandma’s secret recipe for her dishes.

In Malaysia, our grandparents were also a stickler for another thing…

Doesn’t matter whether you’re Chinese, Indian, or Malay, you always had to observe some sort of tradition and etiquette with your family, especially the grandparents.

For Rachel, 31, after the CNY reunion dinner came Ang Pao time. The Grandparents would start handing out the red packets in order of seniority – the eldest grandchildren would be the first to receive it. The youngest in the family would be last.

For Rachel’s family, there’s an additional practice they did. Each time they collect the ang pao, they would also exchange well wishes. The elders would wish for the children to get good grades, while the children would wish good health for the elders. 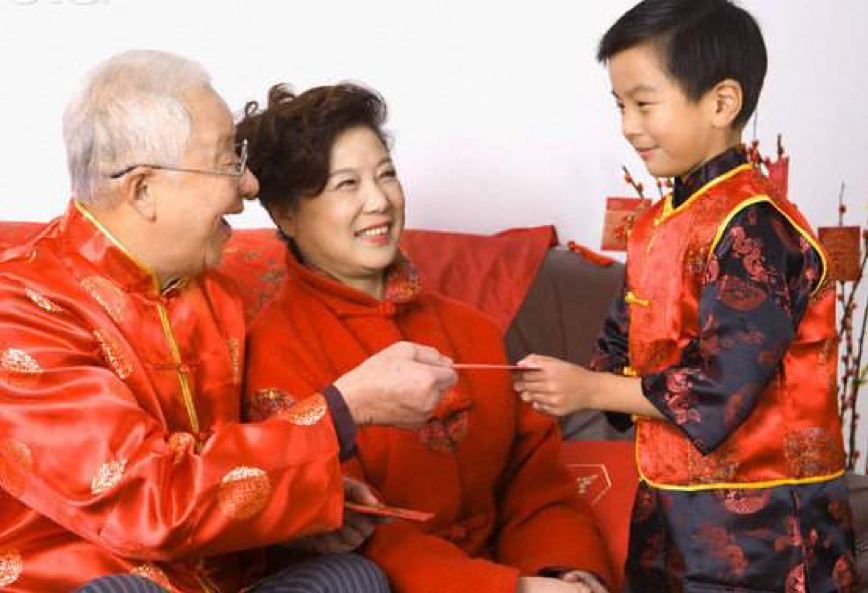 6 Ways to Keep Family Baggage from Ruining Your Relationships

Rachel says it’s a practice that’s rare now, especially if the elders have moved on. However, her family still practices this today. She believes that this ongoing family tradition teaches them respect for the elders and love for each other.

Another etiquette Rachel’s grandfather always did was that he used to walk her to school every day, regardless of rain or shine. In a way, he taught her love, discipline, and finishing what you do regardless of how difficult it is!

4. Our Grandparents Used to Make Their Own Kuih

Just like how our grandparents would cook from scratch, they’d bake from scratch too. There was no such thing as buying traditional cakes in bulk – they’d make them themselves and serve it during social occasions.

Xinxian (30)’s, grandmother used to make her own kuih kapit. The process of making these traditional cakes are quite elaborate – you first pour batter over iron moulds, to give the kuih a unique design. Then you bake them over charcoal, and then either fold it (kuih kapit) or roll them up (kuih belanda).

I remember my grandmother making traditional dodol too. It’s a local cake, which involves cooking glutinous rice flour, coconut milk, palm sugar, and daun pandan in a huge wok. You need to keep cooking and stirring for several hours until it thickens.

But the effort was worth it – the dodol was so delicious that people would visit her just to eat them!

Today, Xinxian still uses her Grandmother’s recipe – she makes them sometimes when there’s an occasion for it. It reminds her of her grandmother and makes her feel closer to her.

5. They Used to Tell Us Superstitious Stories

It doesn’t happen much now, but our grandparents used to tell us superstitious stories.

For Adrian, 36, his grandmother used to tell his mother that she should always ‘clean’ her plate after a meal, so that her future spouse’s complexion will be clear as well (ciak kang kang peng ang ang). Today most of us might disregard it as being superstition, but it did teach Adrian’s mother never to waste food. She carried that lesson with her and passed it on to Adrian as well.

Until today, he too never eats more than what he can finish.

For me, my grandparents would always warn my parents about stepping or sitting on books. They told them that if they ever did, they’d become stupid and not gain the knowledge from the book. It was so ingrained into my parents, that they told me the same thing! Since then, I’d get scolded by my parents whenever I stepped over my school bag or sat on it.

Today, I don’t believe that of course – but I realised that growing up with this superstition taught me to respect books. I started reading from a very young age and learned how to write stories. In fact, I loved reading and writing so much, it’s how I earn a living today.

Looking back, I’m quite glad I grew up with that superstition. I think someday I’ll tell my children the same thing.

In this modern time, we don’t do most of these practices anymore. They’re considered outdated, a relic of a bygone era. However, it’s still important to celebrate our family heritage and traditions. They remind us that discipline, love, family, and community are always important, no matter what generation you are.

What’s your story? Share what you miss most about your grandparents with us!

IRL would like to wish all our followers a Happy Year of the Pig! For more heartwarming grandfather stories, be sure to watch #DigiCNY2019’s video!

Sponsored Post
Previous ArticleMy First Love Experience Was a Rocky One – by D.J.Next ArticleMy Husband Has a Child with His Mother. Here’s His Story 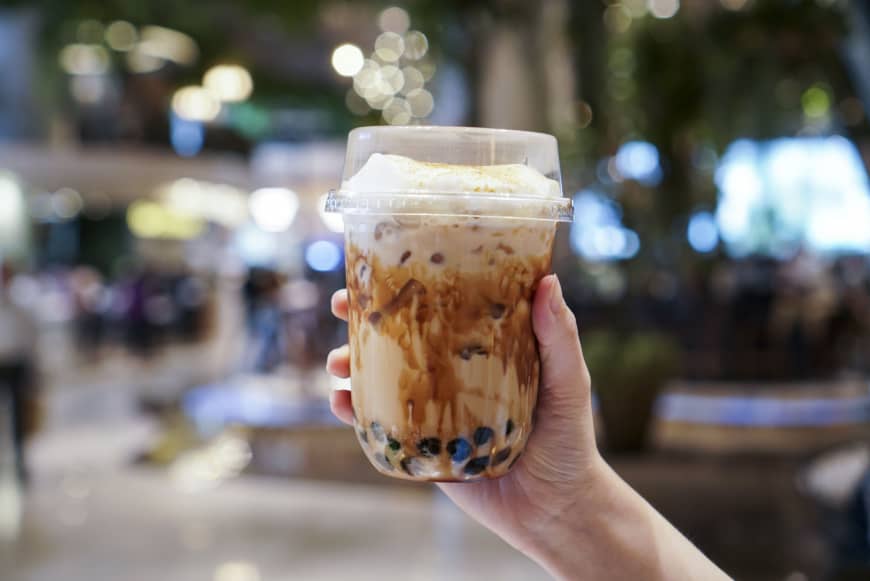 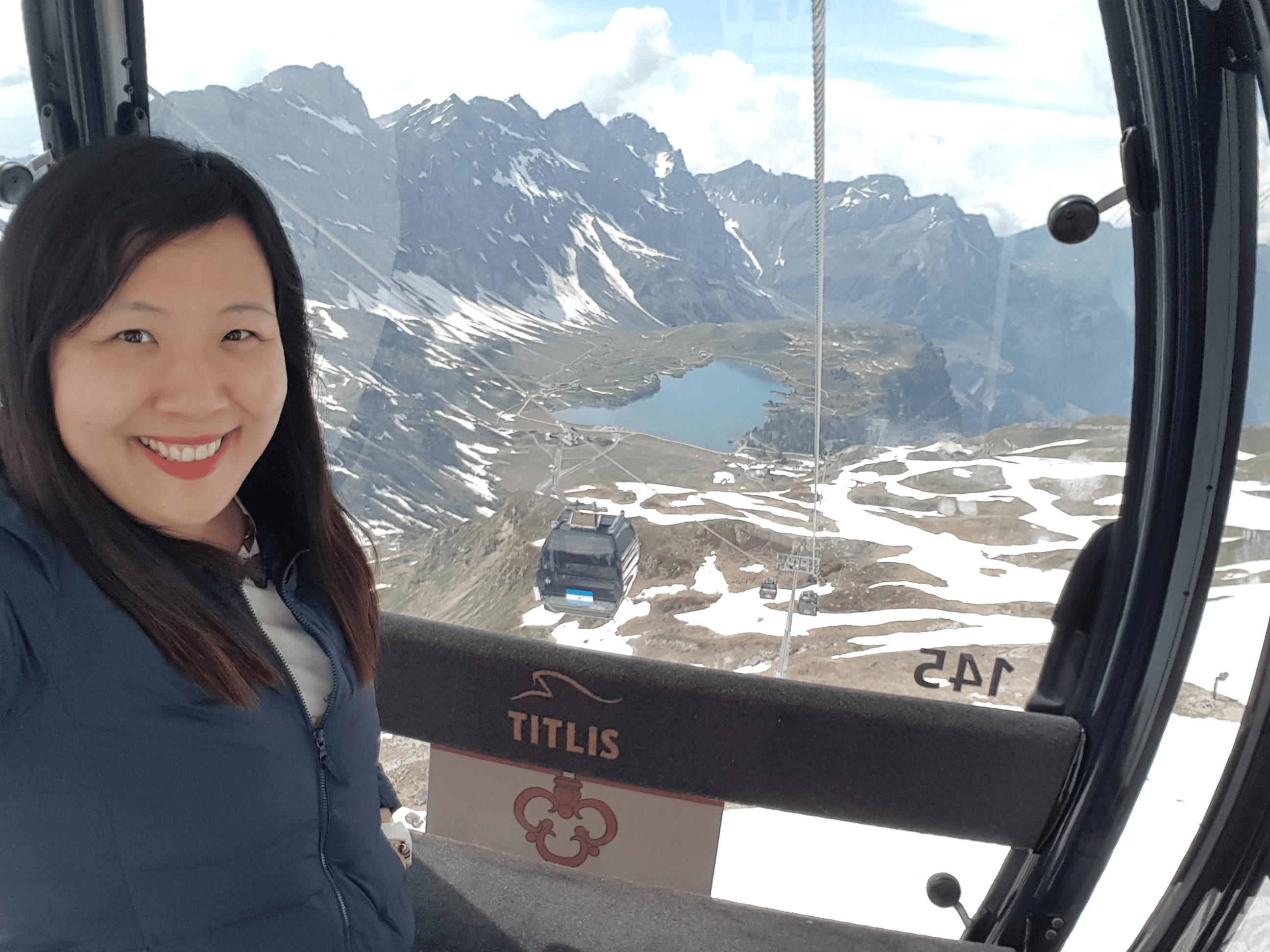 Who’s Really The King Of Street Food – Malaysia or Singapore? 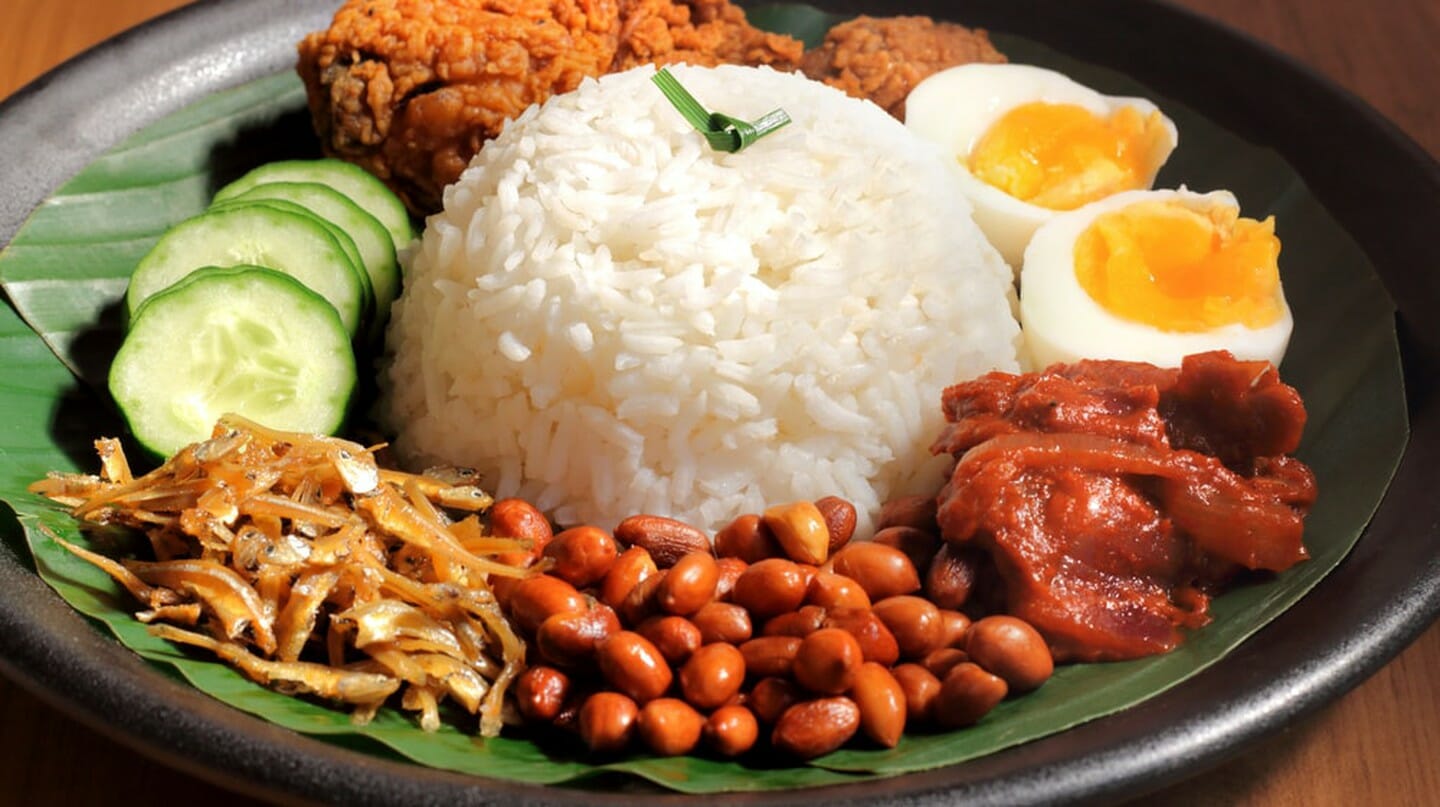 On Facebook, Poverty, and Empathy — Why Life Is Not As Simple As A Carwash Story 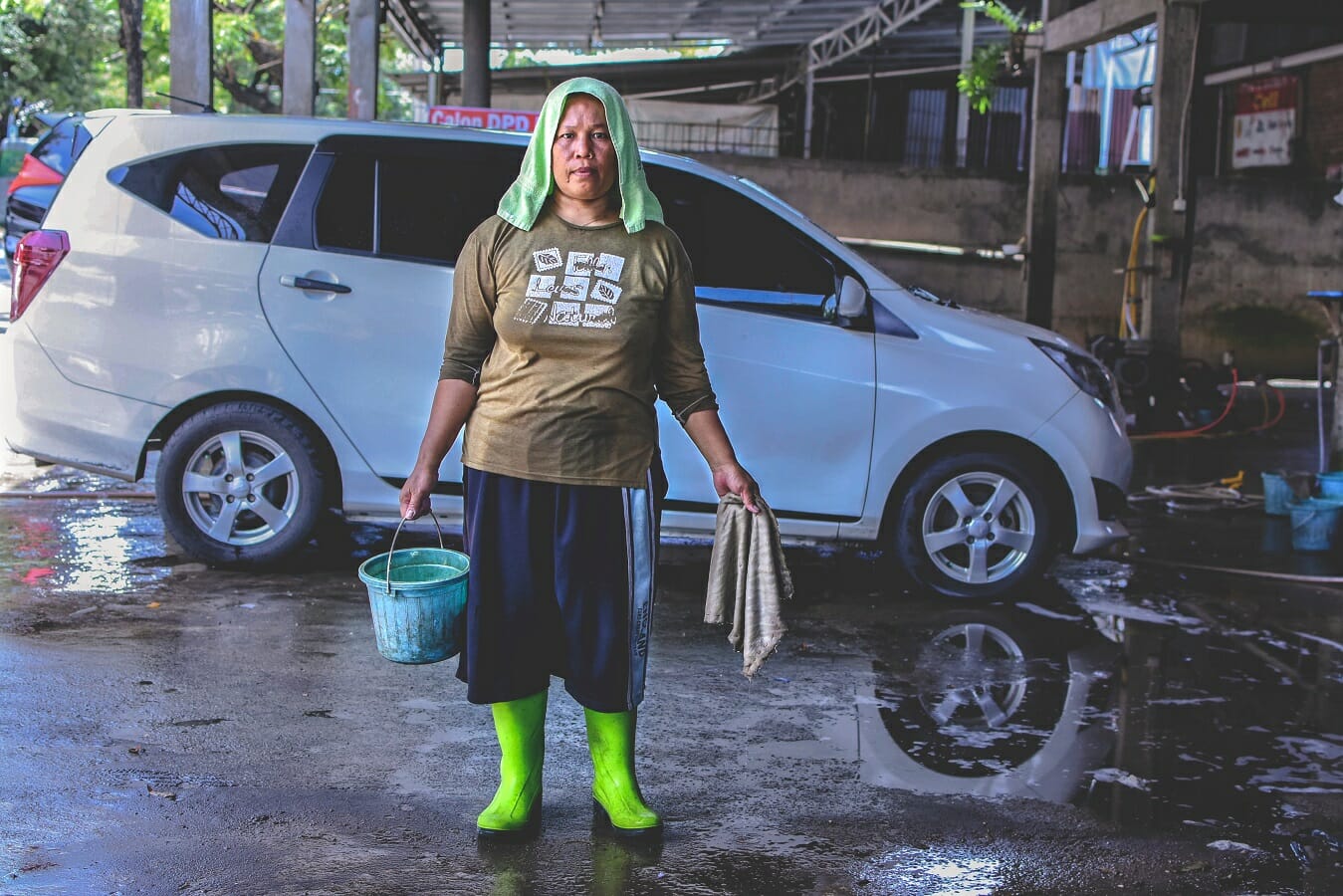 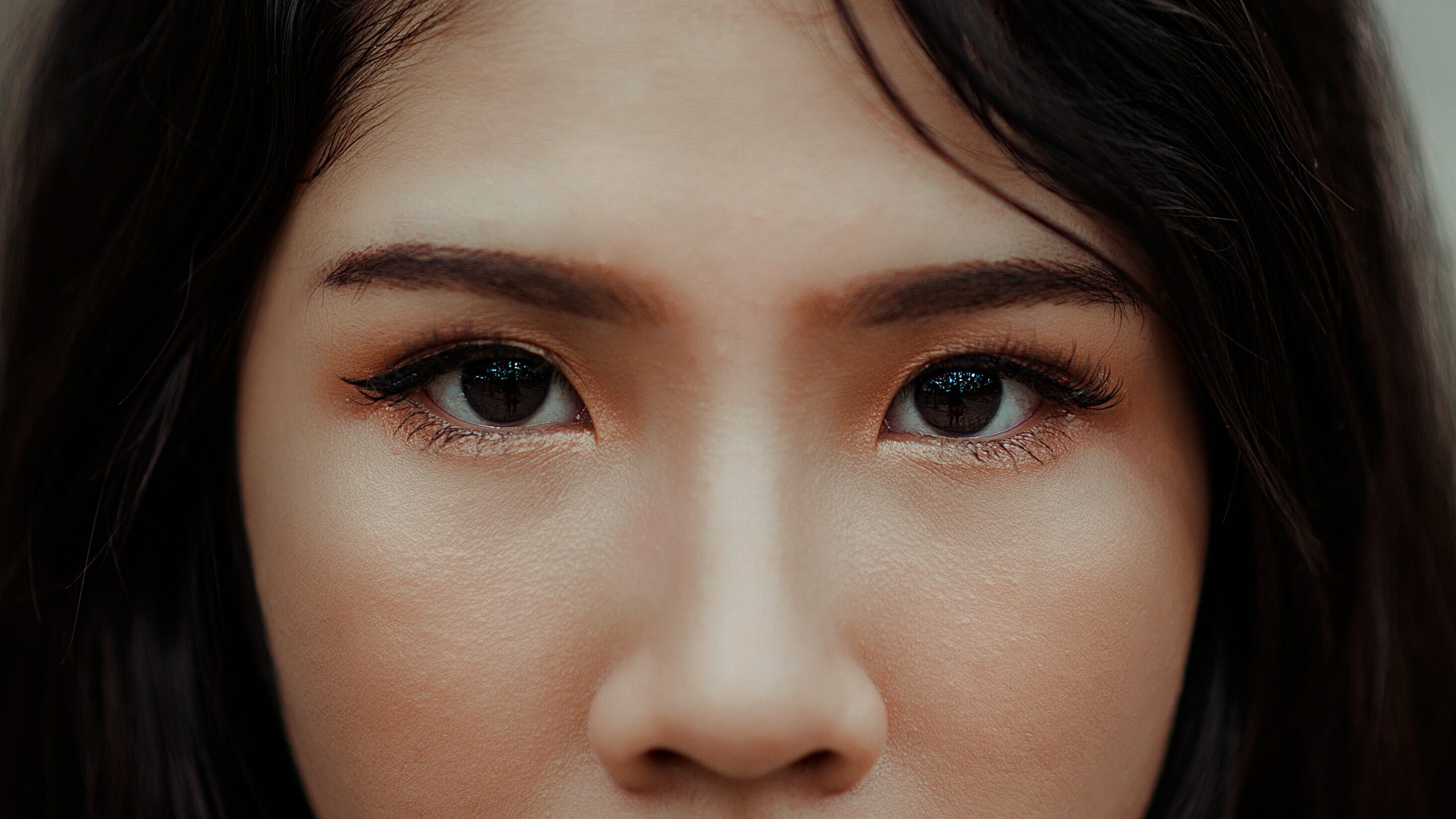