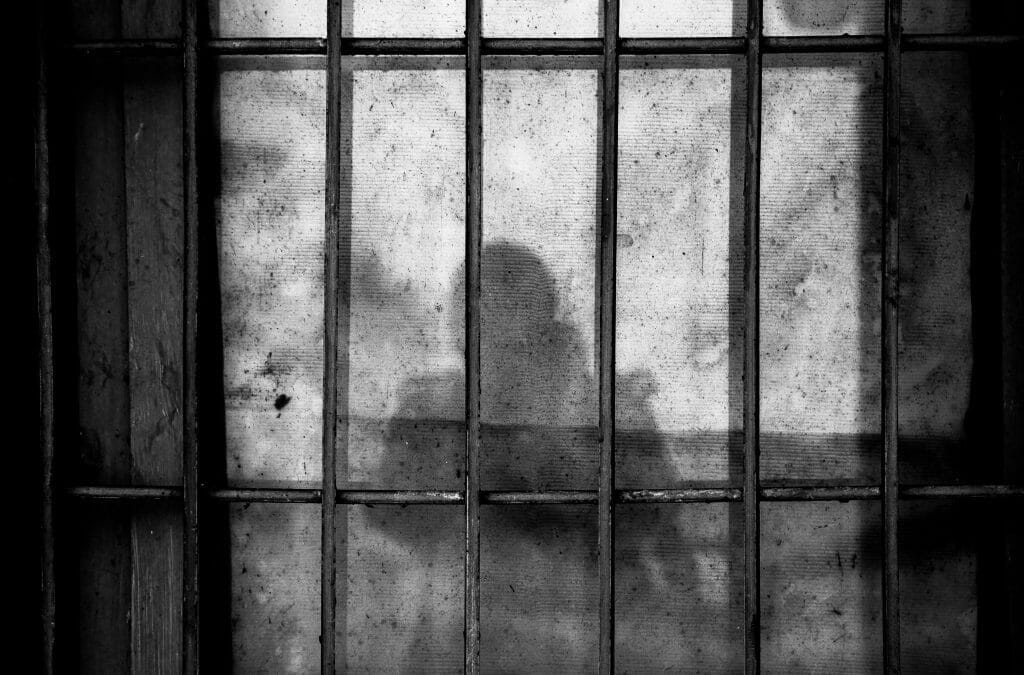 “I was abducted and held at a Drug Rehab Facility…”

That was the first reply I received from Damien (not his real name) after he had been missing for 8 months. His parents had got him locked away in a ‘Christian’ drug rehab.

When I messaged him, he had finally managed to escape the barbed wire walls of his prison.

I’ve known Damien for close to 9 years now and he is no junkie. Although he does go on a drug binge once in a while, he has always managed to keep himself in check. He’s the kind of guy that gets shit-faced with drugs at a rave and then runs a marathon the next day to detox. However, his religious Christian parents were concerned for him and decided that he needed a drug intervention.

During the interview, Damien told me the details of how the drug intervention took place.

“I was sleeping. And then I knew something was wrong when strange men came into my room without identifying themselves. I thought okay, they’re either robbers or cops, but I didn’t know which, since they didn’t identify themselves. All they said was “Harap tuan bekerjasama dengan kita.” What the Fuck?

“They were silent throughout the whole journey until I blurted ‘out oh are you guys from AADK (since I saw a jacket emblazoned with the AADK logo in the van)?’ Then one officer said yes.”

“Is it so hard to have a standard operating procedure where they identify themselves as AADK officers and tell us where they’re taking us so at least we know what the fuck is going on? It seriously felt like a kidnapping.”

“I didn’t know where I was going until I reached the private rehab center and even then I still didn’t know what kind of place that was. We had to drive through some makeshift dirt road in the middle of a jungle in Mantin. I was assuming they were just going to take me to the police station or an AADK center.”

Once he was in the drug rehab, Damien was tested for drugs and then put into solitary confinement. Damien tested positive for drugs and was put into what he described as a “withdrawal room” for 9 days.

Freedom was limited even after the solitary confinement period was over. There was a strict schedule and they had rules for everything including taking showers. You were punished for breaking the rules.

Punishments ranged from writing a bible verse 30 times, to forced fasting, solitary confinement, being chained, and even beaten. Although beatings are illegal, they were known to happen to inmates who tried to escape but got caught. 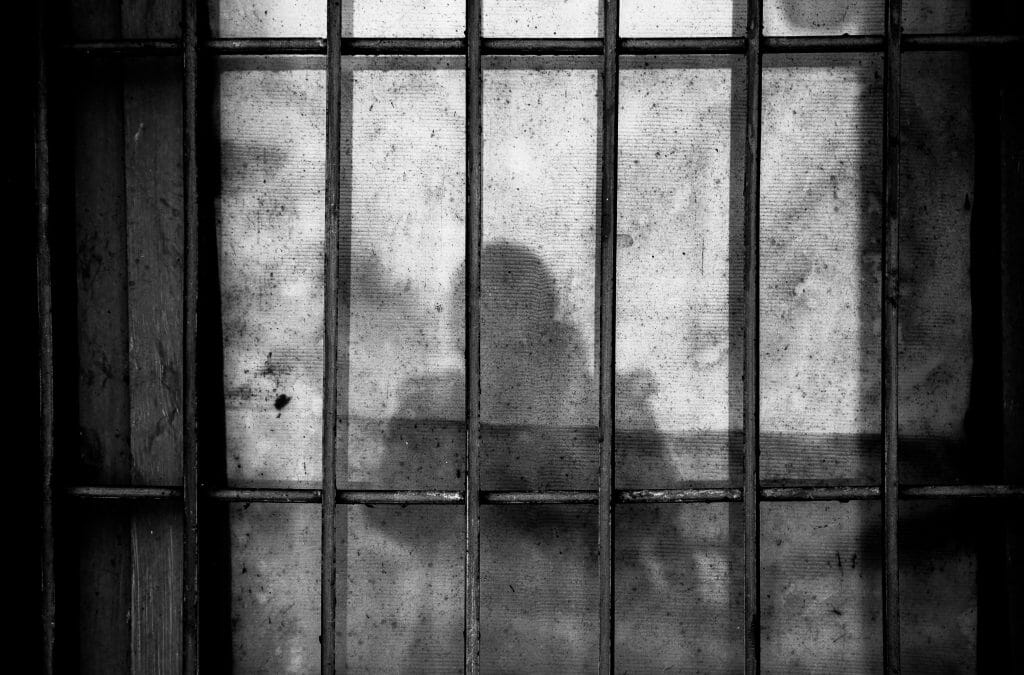 The daily routine starts at 6:30am with singing gospel songs and reading Christian literature. Then they have breakfast and do a few chores, but for most of the day, the inmates work at a glove factory.

Damien considers it free slave labour and tells us that the job is outsourced to a glove company in Senawang. When they were not forced to work overtime, they would sometimes get to watch a movie or listen to guest speakers. The guest speakers were either pastors from churches or ex-drug addicts trying to convince them Jesus was the only way out of addiction.

It didn’t take long for Damien to realize that the rehab was a money-making scam and actually just a religious indoctrination center masquerading as a drug rehab. He said the thing they focused on the least were drug intervention methods such as the 12-step program.

Even the scraps of time carved out for the 12-step program were a joke according to Damien. They even gave him ‘homework’, where he had to answer Christian-related questions like ‘How has accepting Christ into your life helped with your struggles with addiction?’

Damien told IRL that qualified counselors were non-existent at the rehab and the appointed counselors were a waste of time to talk to because their solution or advice were always along the lines of having faith in Jesus. There was no room for intellectual discourse.

“They trick your family members into believing that it’s an effective drug rehab where the inmates will change, but in reality they just squeeze money from you. There’s a minimum fee of RM1600 per month and this doesn’t include personal toiletries and supper etc. Your RM1600 gets you probably only RM300 worth of food a month – a small quantity of very poor-quality food with suspicious hygiene.”

Damien suffered from food poisoning and two episodes of severe diarrhea because of the unhygienic food in the rehab. The overcrowded situation at the center also led to a lot of fights between the inmates because of the lack of personal space and privacy. The rehab was also falsely advertised as an air-conditioned facility, but in reality, it was a one horsepower air-conditioner for 20 inmates sardined in a dorm, and it was only turned on for a set number of hours a day.

Then something even more disturbing happened. An inmate committed suicide and there was an attempt to cover it up by the leader of the rehab.

“He was in the withdrawal room for about one week before he hung himself from the ceiling using his bedsheet. The riots happened because the center tried to cover up the suicide. Instead of calling an ambulance and the police to come over, they removed the body themselves and sent it to the hospital. And they have this police officer friend who visits the center quite frequently. He tried to downplay the incident. When he came there were no other officers who accompanied him, no CSI, no photographers, nothing. The center leader also went for the funeral of the deceased and convinced the family members NOT to make a police report. So essentially case closed. We rioted because of that bullshit.

“The initial riot was appeased when all of a sudden the center leader tried to play the good guy. Holiday for 5 days! No work and packed KFC meals for everyone and HBO and TVB series the whole day… yeah right. We saw through their BS.

True enough after 5 days the same BS started back again. The center leader asked everyone not to talk about the incident anymore as it didn’t concern any of them. Overtime back in the BS slave labor glove factory. Well, that only lasted for 1-2 days.”

A week after the suicide, the inmates started another riot. This time the leader of the rehab got beaten up and 20 out of the 30 inmates (including Damien) escaped.

Although Damien’s parents had good intentions for him, the drug rehab program clearly didn’t work for him and instead caused more harm than good. Damien lost his job and his balance in life.

He’s also still traumatized by his experience at the drug rehab, so much so that he doesn’t do any type of activity he did in the center whether pleasurable or not, for fear of reliving the trauma.

“…so no KFC, no lifting weights, no HBO, no packed supper from Chinese restaurants, no Christianity, and definitely no gloves!”

Finally, to conclude the interview, I asked Damien what kind of intervention would have been more helpful for him. He said, “Something involving nature. A nature retreat. Being surrounded by nature is proven to be therapeutic. Not really intervention but it helps!”

For more articles like this, read I Was Busted with Drugs in Indonesia: Here’s My Story, and Flab to Fit – How I Dropped the Syringe and Lifted Weights Instead. 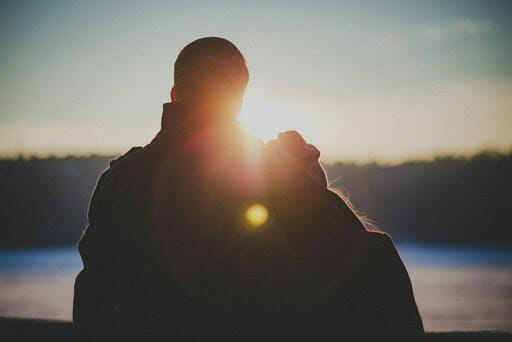 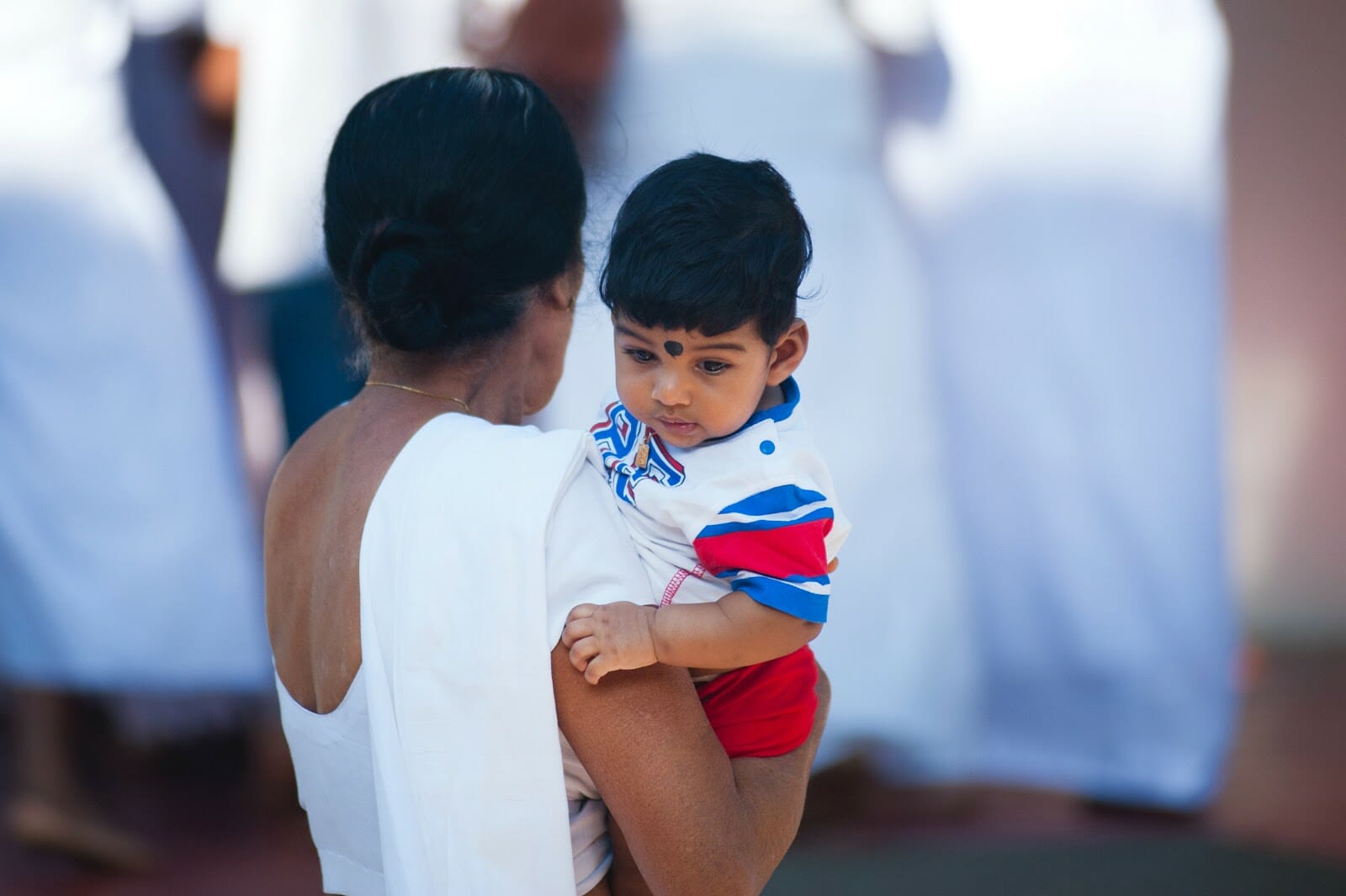 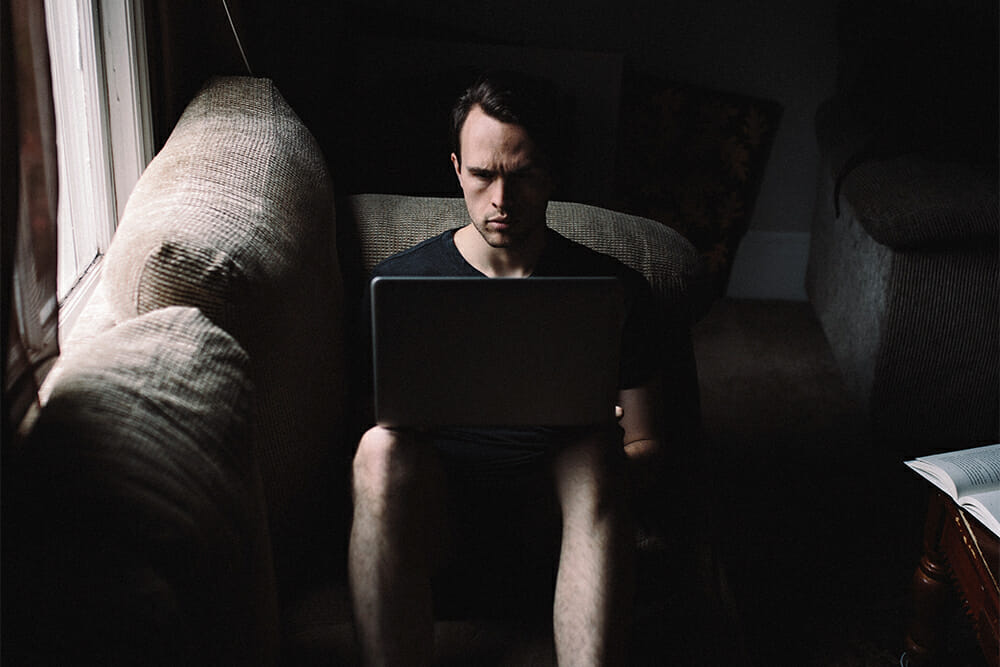 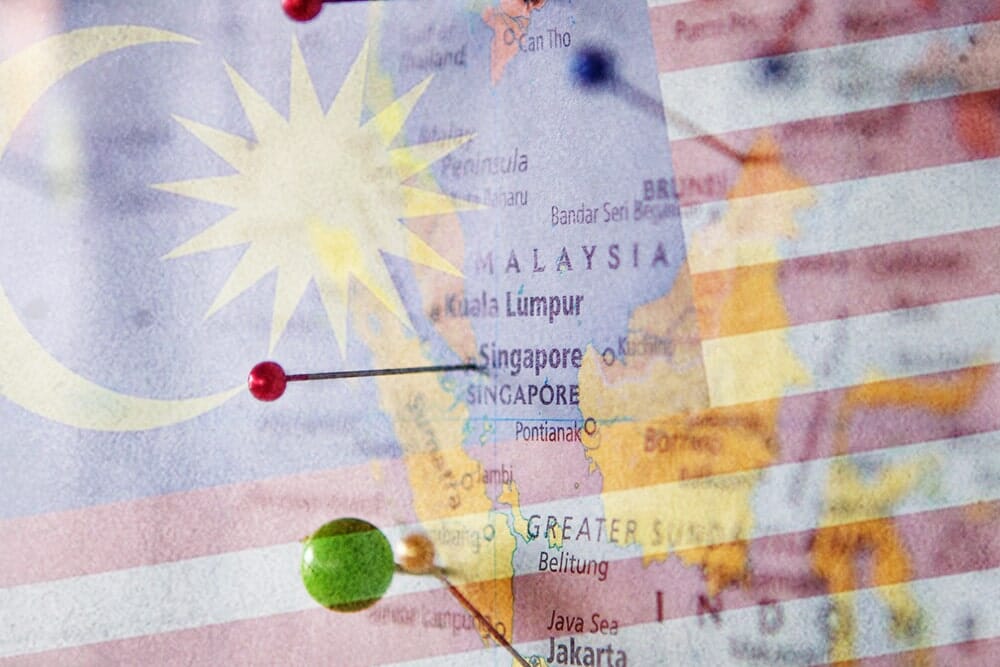 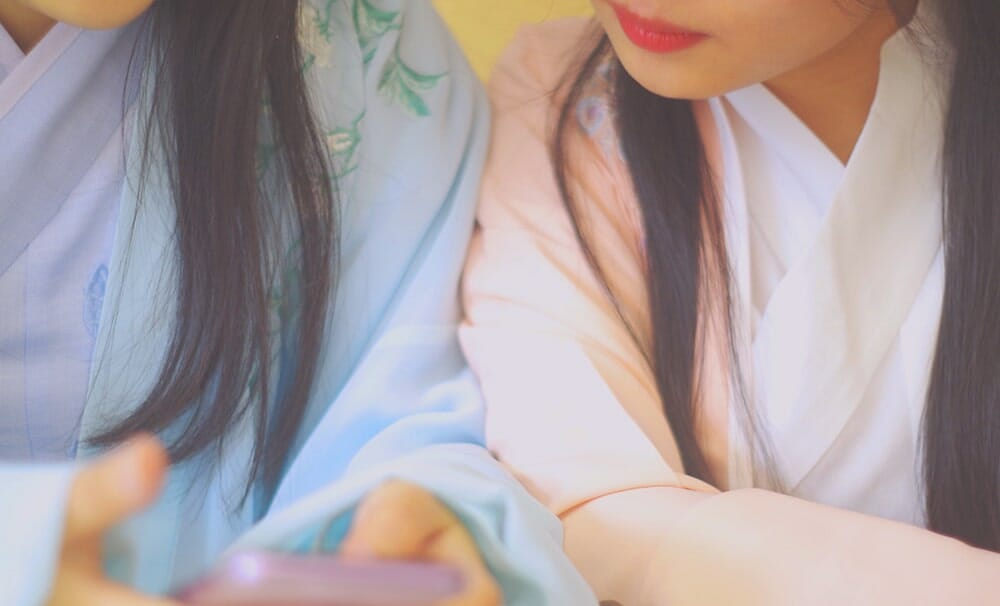