Once upon a time, I didn’t know which was more terrifying: Having to stand in front of a crowd, or having a crowd stare at me, waiting for me to speak.

But either way, those were horrifying moments that got me trembling from head to toe.

Yet surprisingly, those moments were now in the past. And now, I want to share my story on how I overcame my fear of public speaking as a lifelong introvert.

I grew up being an introvert 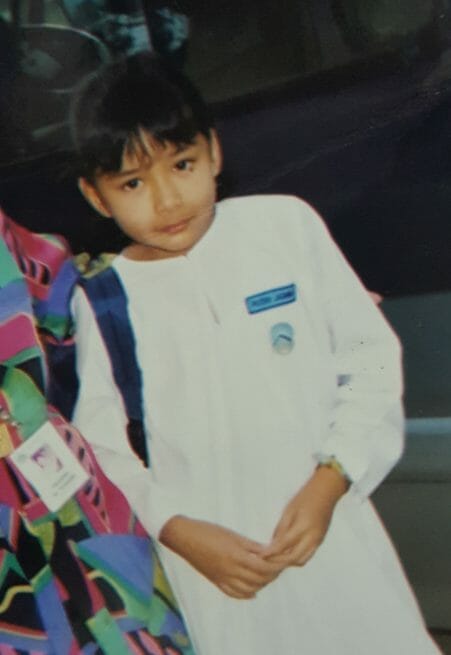 Back when I was a teenager, I had an ultimate fear of public speaking. I would have the whole list of symptoms: stuttering when I speak, hands trembling beyond my control, cold sweats, queasiness in my tummy, heart pumping hard, and panic attacks — to the point I black out or forget the things I’m supposed to say.

Yet despite that, I kept trying out public speaking in primary and secondary school to overcome my fear. I entered a public speaking contest when I was 7 and 14. However, due to my fear overpowering me, I lost. 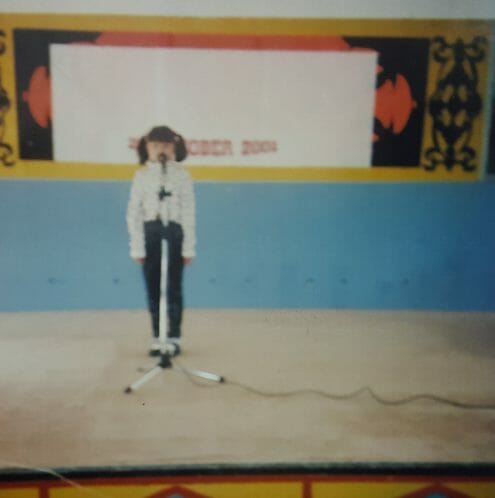 Me Participating in a 2001 Public Speaking Contest. Source: Jaz Pereira

I volunteered to be the presenter during a group presentation for every class with the assignment, but I didn’t succeed in attaining the desired scores for my team.

Undaunted, I began to rely on writing scripts for presentations on flashcards, and this helped my team to win 3rd place during the 2011 Sentul District e-PPDa contest.

That was back when I was 17 years old. Winning that contest boosted my confidence in Public Speaking. I thought I had finally overcome my fear of it.

Sadly, my confidence took a downfall when I was a university student back in 2012. I felt so insecure about the fact that my peers were excellent in Public Speaking. And they didn’t even need flashcards!

I, on the other hand, still relied on flashcards, until I was told to put it away by lecturers. Reason being that I need to learn to speak confidently in front of an audience, maintain eye contact and not rely fully on flashcards.

It took a toll during most of my group presentation. After almost every presentation, my evaluation as an individual was constantly among the lowest.

I gave up on public speaking altogether. If there was a chance to avoid doing a presentation, I took it without hesitation. I thought to myself that it was never going to be a necessary skill in my career.

My presumptions were wrong.

My Director Gave Me An Impossible Challenge

In 2016, I joined a hotel as part of the Human Resources Department to complete my final internship before graduation.

I believed that this department would be a safe haven as compared to the other departments — just being at the back office, answering calls, handling staff enquiries, filing of documents, and completing necessary reports. The only announcement I ever needed to do was emailing circular memos to all.

Until one day while my team and I were preparing to organize a Deepavali Open House for our associates, my Director called me into her office.

I sat down and she went straight to the point, “I want you to be the Emcee for our Deepavali event.”

I was shocked and I even started to shake in fear. Anxieties were kicking in slowly.

“Why can’t the others do it?” I asked, trying my luck to escape from this horrifying assignment.

My Director then explained to me in a calm and encouraging manner. She told me that she wanted me to take up the opportunity as means to help me grow. I sat silently, uncertain of whether I should do it.

She smiled at me and said, “You’ll be fine. You can have a script prepared and refer to it as much as you want. I believe in you.”

And with those words of encouragement, I took up the challenge.

Weeks before the event, I prepared the script and practiced my speech in front of a mirror. I even picked out an outfit, according to the theme, to boost up my self-confidence even more.

And wouldn’t you know it; the day of the event has arrived.

I got dressed, put on some make up, took my script and went up to the ballroom. We were expecting 100 associates to gather in the hall. 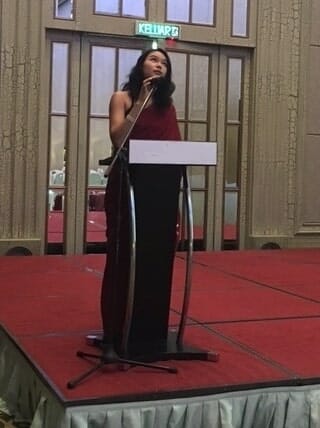 My whole body was shivering in fright and my heart was beating so fast it affected the way I breathe. I wanted to call it quits so badly, but I reminded myself that I need this, for me and that I shouldn’t run away from my fear anymore.

After I tested the microphone and ran a sound check with the Audio Visual (AV) team, my team gave me one last word of encouragement before I took the stage.

And just as my Director was about to give me the queue to start, I drank a sip of water and breathed deeply.

Next thing I knew, I was on stage in front of a large crowd and actually speaking.

There was no doubt that I did stutter and even trembled at the start of it but I still went through with it with all the courage I had.

After about half an hour, I was done and the event was over. I couldn’t believe that I’ve actually done it.

My Director came to me with a smile and told me how proud she was of me.

It was a great feeling to hear her say that because it really uplifted my confidence in Public Speaking.

I Became A Natural Speaker

Since then, I became the Emcee for every social gathering organized by our Human Resources Department.

I slowly let go of scripts and presented more spontaneously in front of the crowd, only referring to the event itinerary.

My Training Manager taught me about ‘Warm-Up’ sessions that are necessary in every training; it helps to ease the tension between Trainer and participants. She also taught me ways to engage with participants – with jokes in between sharings or by playing games. 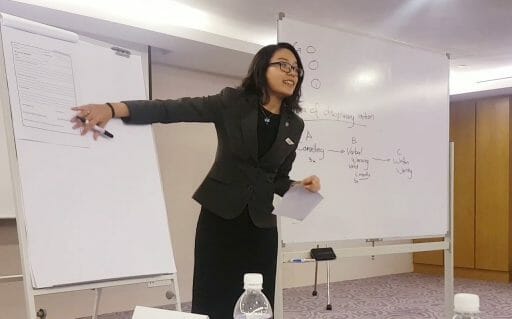 I soon started conducting training sessions on my own. It was during this process that I found my life’s passion in the field of Learning & Development.

So I left my job at the HR Department of a Hotel to become a full-blown Training Executive. I’d conduct training sessions for 20 participants at a time. It was like I was a lecturer in a class of adults.

In 2019, I upped my game once more — and I became the emcee for my cousin’s wedding. I cracked jokes on a stage in a hall packed with 200 guests.

Who knew I’d get this far in public speaking? If you told 20-year-old me that I’d be speaking fearlessly in front of a packed crowd of hundreds of people, I wouldn’t have believed you. 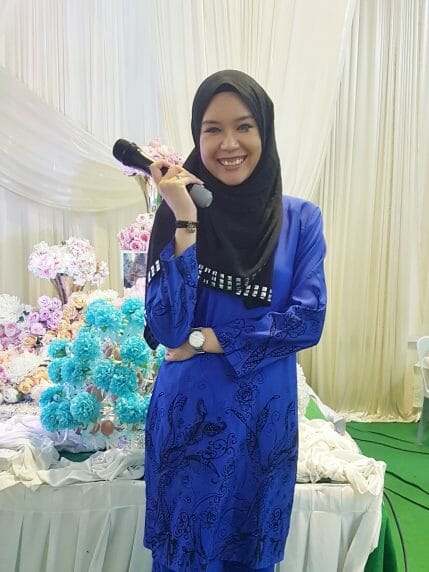 After Succeeding in Being an Emcee at My Cousin’s Wedding. Source: Jaz Pereira

Looking back, I never thought it was possible for a lifelong introvert with a severe fear of public speaking to be where I am today.

2016 was indeed a life changing event for me and I have since overcome my fear of public speaking, when I pursue my career in the field of Human Resources and Learning & Development. 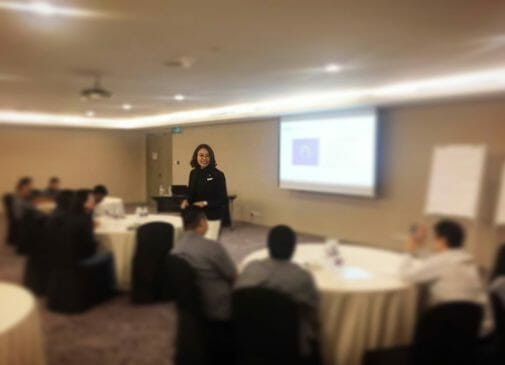 To those who are experiencing this, know that you are not alone and that you can overcome your fear, if you set your mind to it.

So, here are some tips that could help you overcome your fear in public speaking:

For more stories like this, read: Surviving Public Humiliation: Getting Up and Moving On and 5 Ways to Overcome Shyness. 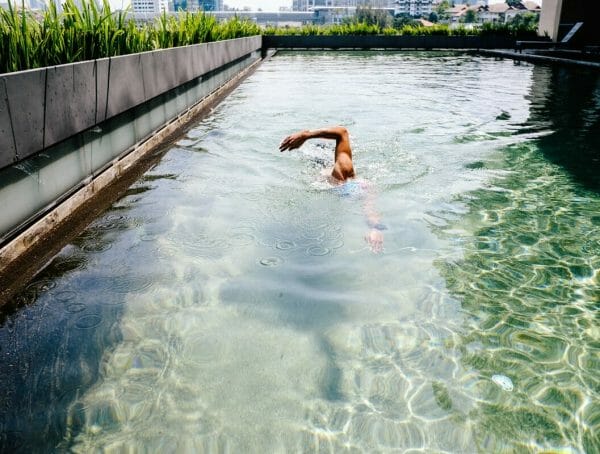 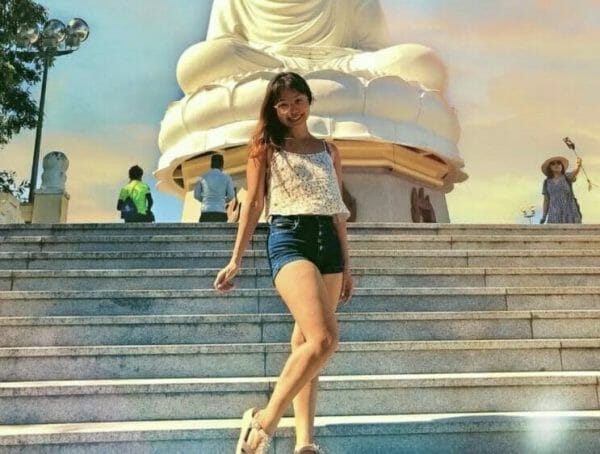 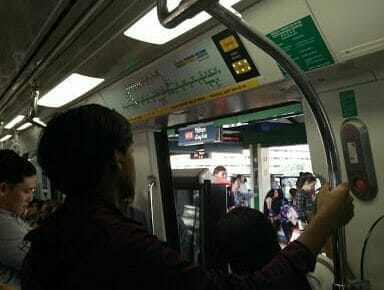 Real Mental Health
What Being Jobless & Broke Taught Me About Life