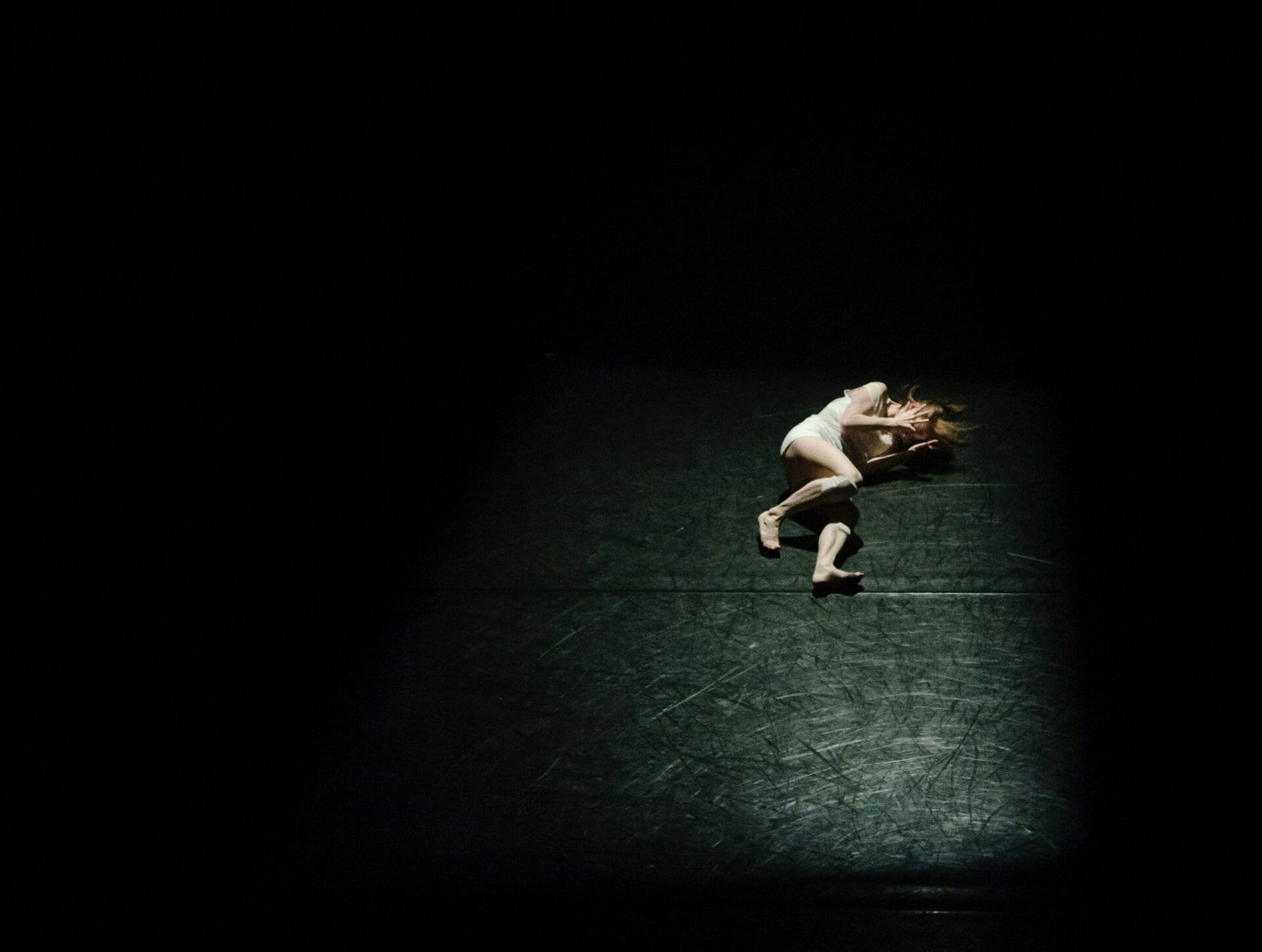 Unfortunately, rape culture is very much alive in Malaysia.

It’s so normalised that most women are immune to it, while some men don’t even realise it exists.

Victim blaming, slut-shaming, sexual objectification, denial of rape, refusing to acknowledge harm – it’s all part of it.
Rape culture is so prevalent that most women simply accept it as the way things are. They don’t even speak up about this.

On the rare occasion when a woman does speak up, she’s attacked and shamed. People start blaming her instead of the perpetrator.

Before you come at me with “not all men”, I just want to say that, yes, not all men are like that. But there are enough men that do this, and this toxic culture needs to stop.

Moreover, saying “not all men” denies rape culture which is present everywhere, including Malaysian society.

We can clearly see this after the #MeToo movement last year. Men chose to remain ignorant of the issue while making fun of what many women (and even a number of men) experience every day.

Here are my own personal experiences of rape culture.

After I broke up with my boyfriend, I went out with a few guys I met from different dating apps.

It was about 11 PM on a Friday night. I was in bed watching Netflix, when I got a text from this guy I matched with on Tinder.

We started talking about our day. I brought up how I was alone on a Friday night and had no plans. He asked me out for a drink and I said yes.

The night went well initially. I got a bit tipsy, so he sent me back to my place.

I had no intention of doing anything more with him. I hadn’t even planned on inviting him in. I figured it was just a normal night out – you know, a few drinks with a new friend.

But he had something else in mind.

He came inside and followed me into my room without asking. Immediately, he laid down on my bed.

He told me he wanted to rest for a while. I figured why not, since we both had a few drinks. I didn’t want him to drive drunk anyway.

I was tipsy and exhausted, so I changed into my pajamas and laid down next to him.

I specifically told him I didn’t want to do anything. I mentioned that he should just leave if he was done resting. He said okay.

But then he told me he wanted to ‘cuddle’, and immediately sirens went off in my brain.

From my own experience with guys, it’s never ‘just a cuddle’. They always want something more. I said no because I really didn’t feel like it.

And then he said, “You know when girls say no, they actually mean yes, right?”

I was beyond disgusted. I glared at him and told him, “Do you know that’s how rape happens?”

He replied “But that’s how it is, I know you want this. Come on, don’t pretend.”

He put his arms around my waist and then tried to grab my breast. At that point, I was mortified; I just kicked him out of my house.

Before leaving, he told me he still wanted to meet up for another date. I turned him down, saying no multiple times while slamming the door in his face.

The next day, he texted me again, hoping for me to change my mind. I ignored him, and we haven’t talked since.

I’ve seen Facebook and Instagram posts which allude to something along the lines of “girls actually mean yes when they say no”, and it’s toxic and dangerous.

Consent is important. Spreading inaccurate and misguided information like these proves that rape culture is still prevalent today.

“Bringing a guy home is basically giving him permission to have sex.”

Here’s another example I experienced with another guy:

We met on a dating app as well. He’s a dentist.

When you think of someone in the medical field, you’d imagine that they’d be proper, polite, and respectful. At least, that’s what I thought.

I was naive and dumb.

He’s the worst among all the guys I’ve ever dated. A sexist, misogynistic, and overall horrible human being.

We spent the entire night arguing. I looked past him commenting on my looks and him saying that I must’ve been on my period because I was “very emotional” (I was definitely not on my period), but what I couldn’t tolerate was the fact that he said, and I quote,

“A girl bringing a guy home is basically her giving permission to the guy to have sex with her.”

I was baffled by that.

Based on what he said, if I were to invite some of my guy friends back to my place to hang out, it means that they are allowed to have sex with me. Even if I were raped in my own home, it will be completely fine because I invited them over.

I blocked him on every social media platform after that.

“Don’t wear so sexy when you go out lah!”

Whenever a woman brings up her experience of sexual assault and harassment, the first question they would get is “What were you wearing at that time?”

This is classic victim blaming.

By shifting the blame to the victim in a sexual assault/harassment case, you invalidate their hurt and trauma. You’re saying it’s their fault that this happened to them, and that they deserve to be assaulted or harassed.

Let’s just be clear – regardless of what a woman decides to wear, it’s not an automatic invitation or consent.

This time, I was in the lift of my own apartment. I had just gotten off work, and was extremely tired. As the doors were about to close, a man came into the lift.

I held the door for him. He smiled at me, so I smiled back – it’s just the polite thing to do.

After that he asked me ‘How are you?’ and I replied that I was tired because I had just gotten off work.

He asked me what I did, and I told him. I was curt because I really didn’t feel like talking to anyone at that moment and I was hoping that he’d get the hint that I was not interested at all.

He kept pressing me for answers, telling me that he had a book he wanted to publish and that I should take a look.

Then he asked me out and said we should exchange numbers and go on a date or something. I felt extremely uncomfortable and wished the lift would go faster just so I could get away from this.

After what seemed like eternity, we finally reached my floor. I was ready to get out of there, but he grabbed me by the shoulder asking me where I was going. I wanted to scream and punch him in the face, but at that moment, my mind went blank so I just ran.

I ran as fast as I could, looking back to see if he was following me. When I got into my house, my heart was beating so fast against my chest. I felt like crying. I was shaking all over.

It was the most terrifying experience ever.

For weeks I was terrified to go home because I was afraid to see that guy again. I kept feeling like someone was following me home and I was in fear most of the time because I lived alone.

I told my friends what happened to me after that incident. I regretted telling them that because without missing a beat, one of them told me that it must be because I was wearing something sexy at that time, and that it was my fault that this happened to me.

I had just gotten off work. I was wearing a hoodie and jeans.

It’s not about what I wore at that time.

I got angry at her and she couldn’t understand why I got mad. I admit, I do wear revealing clothes sometimes because of the weather, but that shouldn’t matter. It felt as if she was saying that I deserved that because of what I wore.

I hated that she immediately blamed me for what happened.

And this happens all the time too. I’ve heard people say something like ‘She deserved to be raped for wearing mini shorts.’

I also have a friend whose aunt told her that she’ll definitely get raped for wearing skirts.

The most disgusting thing is that people think this is acceptable. They think girls with mini shorts or tops which reveal their cleavage are asking to be raped or assaulted.

But regardless of what they wear, it’s not an invitation, nor is it consent. I’ve seen girls in a burqa and school uniforms getting raped on the news.

Rape is never the victim’s fault – it’s not about what they wear.

“It’s just my finger. I just want to touch.”

I went to a guy’s place just to kill time since it was almost dinner and we figured we should hang out for a bit.

We were in his room and all of a sudden he said he wanted to cuddle.

No guy just wants to cuddle.

I told him I didn’t want to do anything with him and he said okay. So we cuddled for a while and then his hand travelled south.

I stopped him, but he kept going.

I asked him what was he doing and he said he just wanted to touch.

I said no. He told me it’s okay. It’s just his fingers. Nothing will happen.

But something did happen.

It was terrifying knowing that I didn’t have the strength to fight off this man who’s much bigger than me even if I tried my best. Although he stopped after he had his fingers in me, it was still enough to scar me forever.

The invasion of privacy and the violation of our bodily rights and not taking no for an answer – that’s rape.

Guys, just remember – if you have to convince a woman to say yes, it’s not consent.

For more articles on consent, read Consent Is Essential – Here’s How You Can Incorporate It in Your Daily Life, and Guys, We Actually Hate It When You Send Us *Those* Pictures – Sincerely, Malaysian Women. 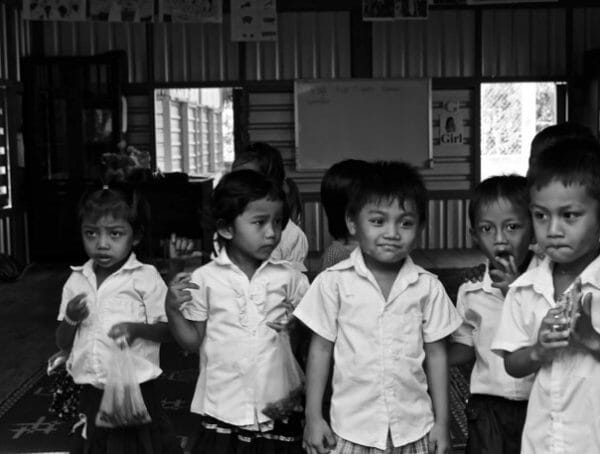 Three Malaysians confess about what they’ve done, that they would never reveal, to help those that they love and care …

After the divorce, my dad has always been painted to be the bad guy. So when I was a little …