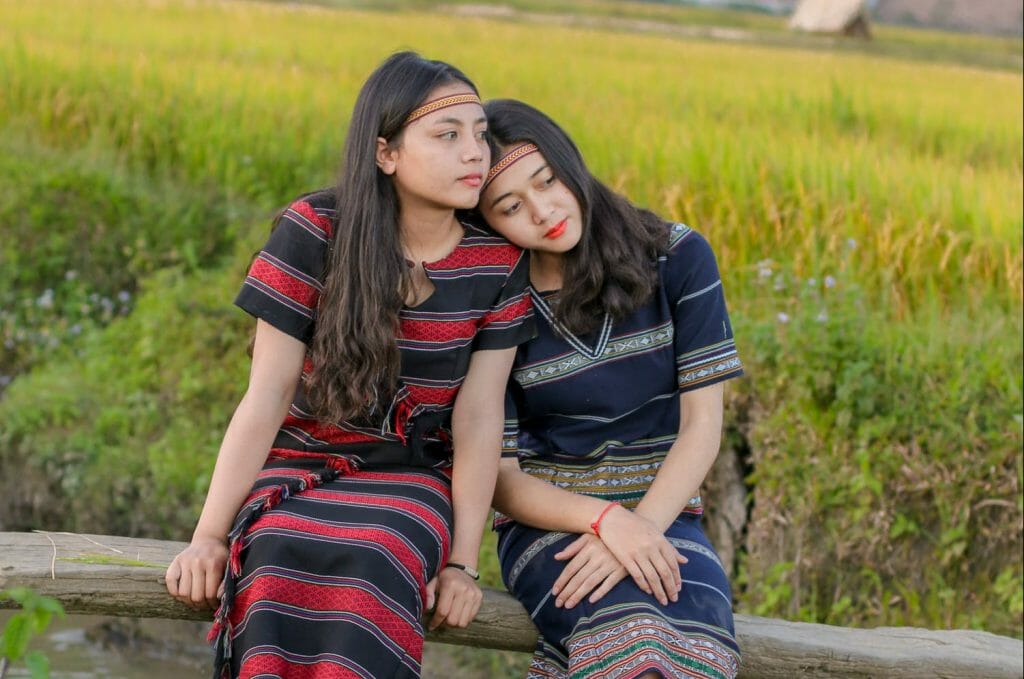 Born two years apart, she was my Po and I was her Laa Laa, two of the four main characters of our favourite 90s morning show, the Teletubbies.

We spent most of our childhood indoors, watching Dexter’s Laboratory, Powerpuff Girls, Ultraman, and even the Malaysian-favoured A.L.O.N.G! We might sound like a couple of lame kids, but we loved every bit of it.

My sister had an autoimmune disorder called Juvenile Rheumatoid Arthritis.

She was only two when she was diagnosed with Juvenile Rheumatoid Arthritis. 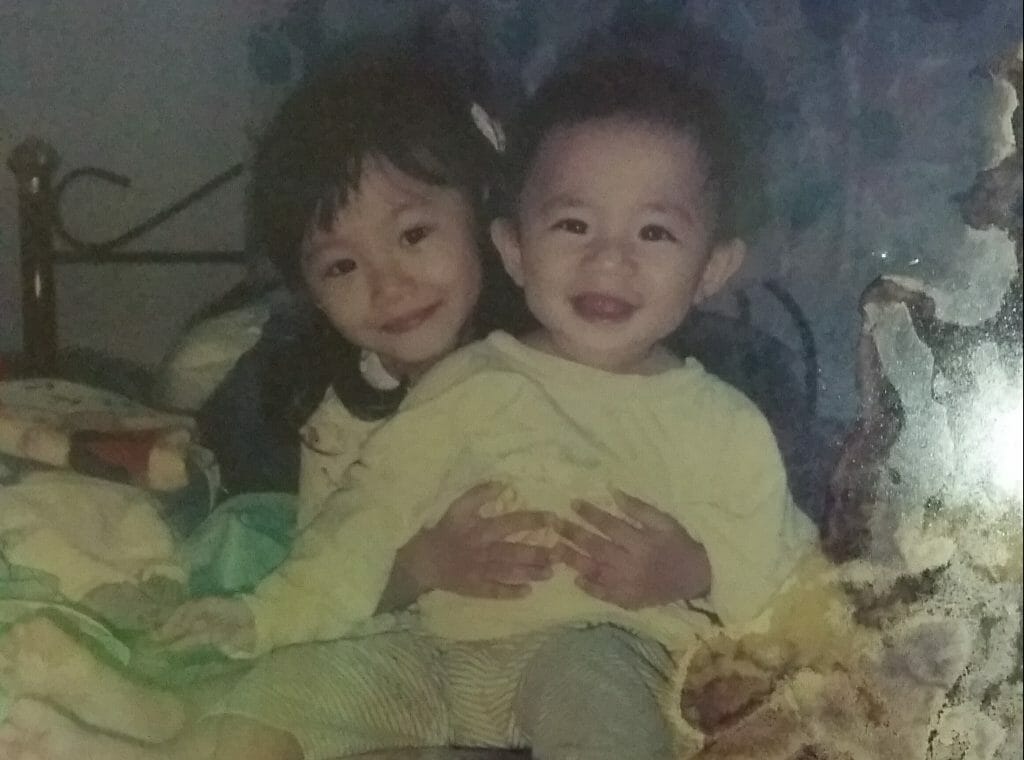 [Source: The author and her sister]

It’s an autoimmune disorder that causes swelling, redness, warmth and soreness in the joints while her antibodies fight against her body’s cells instead of protecting it.

She was one of some 50 children in Malaysia at the time to suffer from it throughout her life.

Since then, I was told not to grab her by force, hit her or play rough with her, or else I’d trigger her immune system.

This meant no running, no jumping and needless to say, no fighting (well, at least I could still raise my voice).

There were times that I hurt her and she would bite my arm to escape, and it would end up with one of us calling out for mom to dispense justice.

Later, as we grew up, we got into watching shows like Supernatural and Pretty Little Liars. as I started to understand what was really going on, we got closer.

We attended the same high school, and I began to grow more protective of her. Looking back, it was fun being teens together.

It hurts me to write this part, but the time where we had become friends did not last long. One day, she had a bad fall after slipping on the wet floor of a public toilet in a shopping mall.

She was rushed to the hospital by ambulance. At the hospital, the emergency unit cleared her of any symptoms by the evening and gave us the green light to go home.

However, a week later, she kept throwing up and it was worryingly frequent. She ended up in the ward again, and it never crossed my mind for what I was about to hear next.

I was in my history class when I got excused from school. I wasn’t expecting the worst but already, my tears had started flowing. The car ride to the hospital was the longest one I had sat through in my life.

When I arrived at the ward, there she was, lying in a hospital bed with tubes taped to her mouth. Not a single movement from her could be seen.

Everybody else had hugged her and said their last goodbyes, but all I did was stand there in silence. I took a quick glance of her face and stepped out of the ward. Like a coward, I ran away from the truth that I was yet to digest.

It felt like a nightmare, but this time I was awake. I’ve lost my little Po.

My mother had done a perfect job of taking care of her all her life. There was nothing she didn’t have growing up to keep her from living a normal life. Losing her suddenly like this, we were all shattered.

Being the eldest in the family, I had to suck it up and remain strong, at least in front of mom. Throughout the funeral, I could not bring myself to look at her lifeless body. I felt I had to “chin up” and lead the funeral ceremony.

Tambourines were chiming, and this man in an odd suit was chanting while I had to make rounds with joss sticks in my hands. It felt like a dreadful, never-ending merry-go-round.

How I Dealt With My Loss

Her passing was a hard pill to swallow. Frankly, it took me about five years to finally get used to the fact that she was no longer with us. The void at home was always there.

Gradually, I began to accept her absence , and that became the very first step of dealing with her passing.

We Talk About Her

One way I coped with the loss was by talking about her. A lot. Our family started to gather more frequently, and we would find any excuse just to get together, just so that we could talk about her. and recall the funny moments we had.

Since we went to the same school, she and I shared some mutual friends. We talk about her, embracing her life and appreciating how lovely she was.

Whenever I make new friends or meet someone new, I made sure that they know about this sister I had until they get really familiar with the stories. I would share little parts of us, and sometimes it feels like she never really left.

We Pay Forward Her Generosity

My sister was a generous giver. Apart from being a little Snow White who just naturally bonds with animals, she was kind to everybody.

She found joy in giving people goodies and candy, especially to children and her friends. You’ll see the cutest giggle when she does. So I did exactly that, minus the giggle. Our family distributed goodie bags to all her classmates during special occasions on behalf of her.

Soon, I got myself involved in lots of charity as my empathy for others grew tremendously. I even gathered a number of friends and started a volunteer group.

Recalling how great she was with children, I started to love children when I was never really a kids-person. Indeed, she made me a better person.

We Kept Her Personal Belongings

It has been seven years now, since her passing but we still keep her things. She was always gentle with her belongings and most of them remain in really good condition.

Sometimes, we go through them and recall times we had with those items. Since we were the indoor kids, the favourite things that we still have with us are little notebooks from our play pretends. It always cracks me up reading what we’ve written when we played student-teacher.

Up till today, some of her clothes are still in the best condition. I wear them sometimes, and it feels like she’s right with me.

We Cherish Her Memory

It was really hard to look back at memories and not break down in tears. However, along the years, I learned to instead reminisce about the good times we had shared.

Sometimes, I would flip through her notebooks and admire her handwriting. I would recall the way her hand would move when she writes. Despite having to endure severe joint and wrist pains from writing, she enjoyed school work and it showed.

My sister also had one of the most contagious laughs. I would relive her voice in my mind, her little giggles and her big fat laughs.

Nonetheless, it was still difficult for me to look at her photos. I get weak every time I do, and start breaking down in tears. But as time passed, I toughened up and flipped through photo albums, now with a little smile.

My sister was the best thing that ever happened in my life,and I am just grateful for having a chance to live 14 years with her. There would not be a day of me not thinking about her. Thoughts of her gives me strength, courage and hope. When she lost her life, she gave me a better one, and I will make the best out of it till the end.

For more stories about dealing with a tragic loss, read She Went Through 3 Miscarriages, Fell into a Coma, and Watched Her Daughter Die in NICU. Here’s Her Story and Here’s How One Month of Psychiatric Counselling Helped Me.

The ‘Right Time’ for a Major Lifestyle Change

autoimmune disorderDeathgrievingjuvenile rheumatoid arthritisloss
Previous ArticleMy Dad Cheated on My Mom and She Doesn’t KnowNext ArticleShould You Study in Co-Ed or All Girls/All Boys Schools? Here’s What Malaysians Think 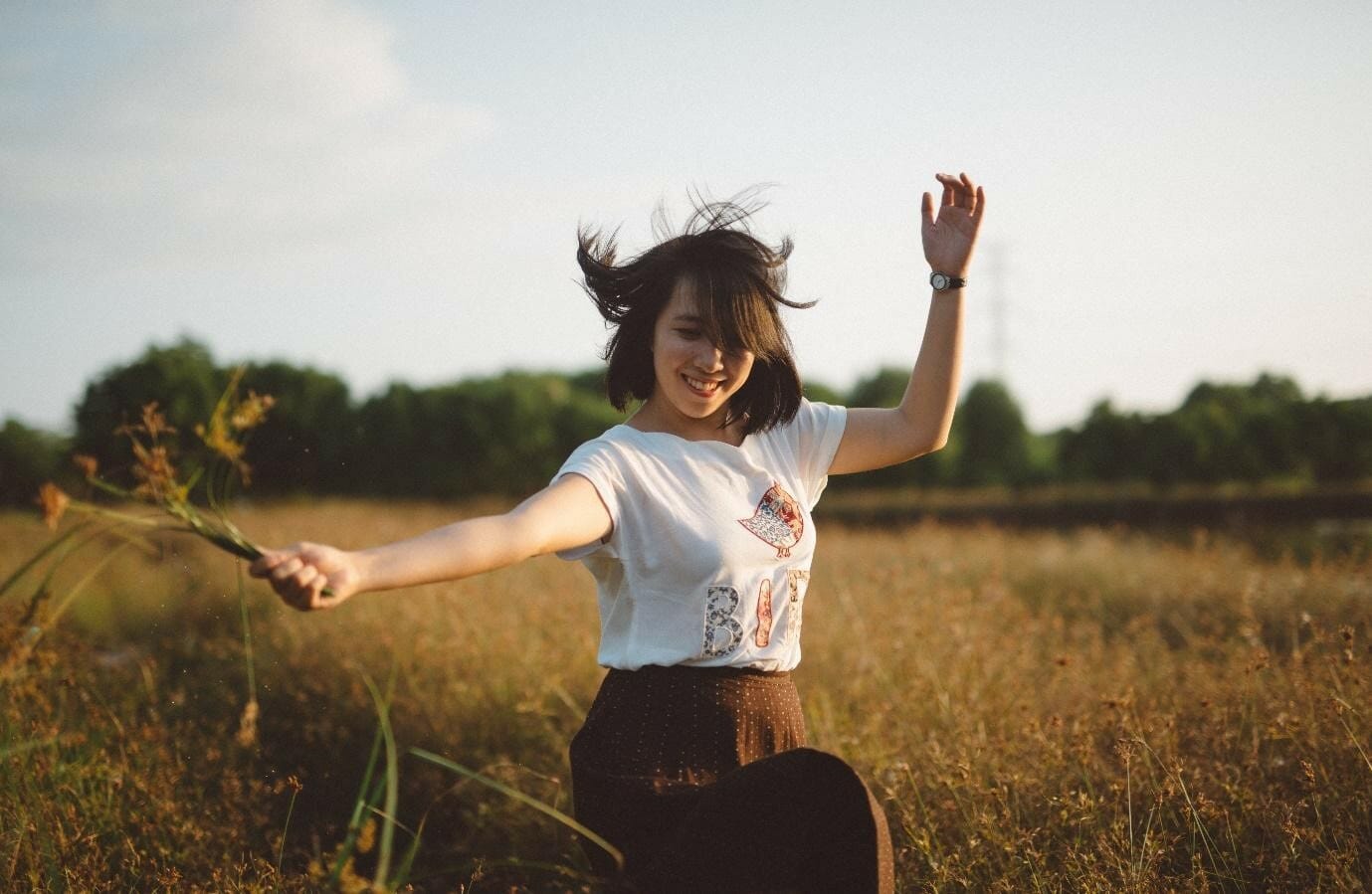 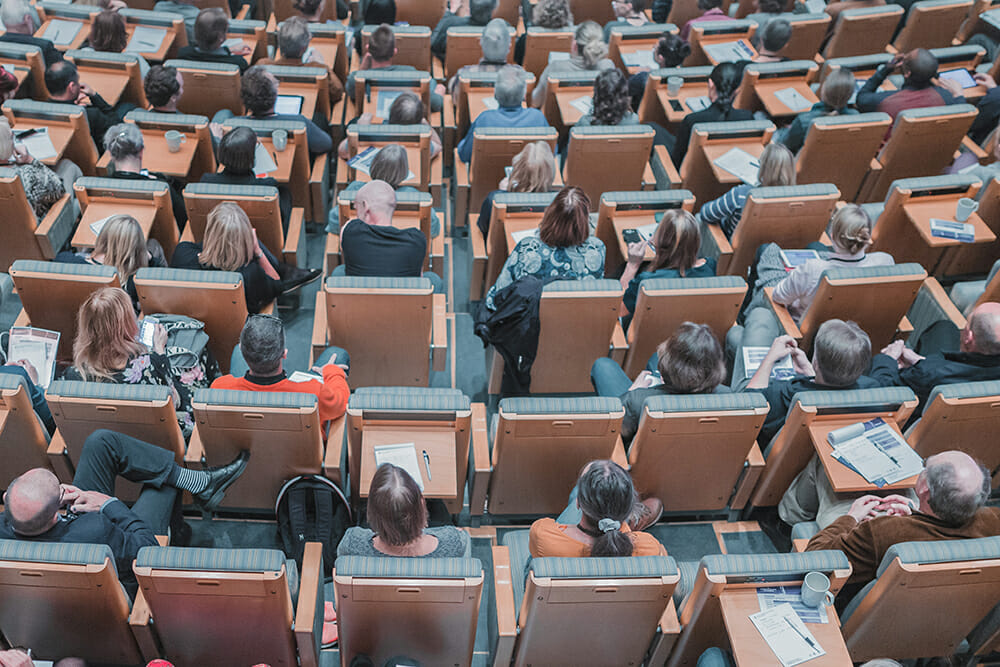 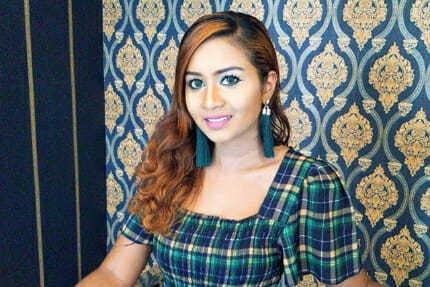 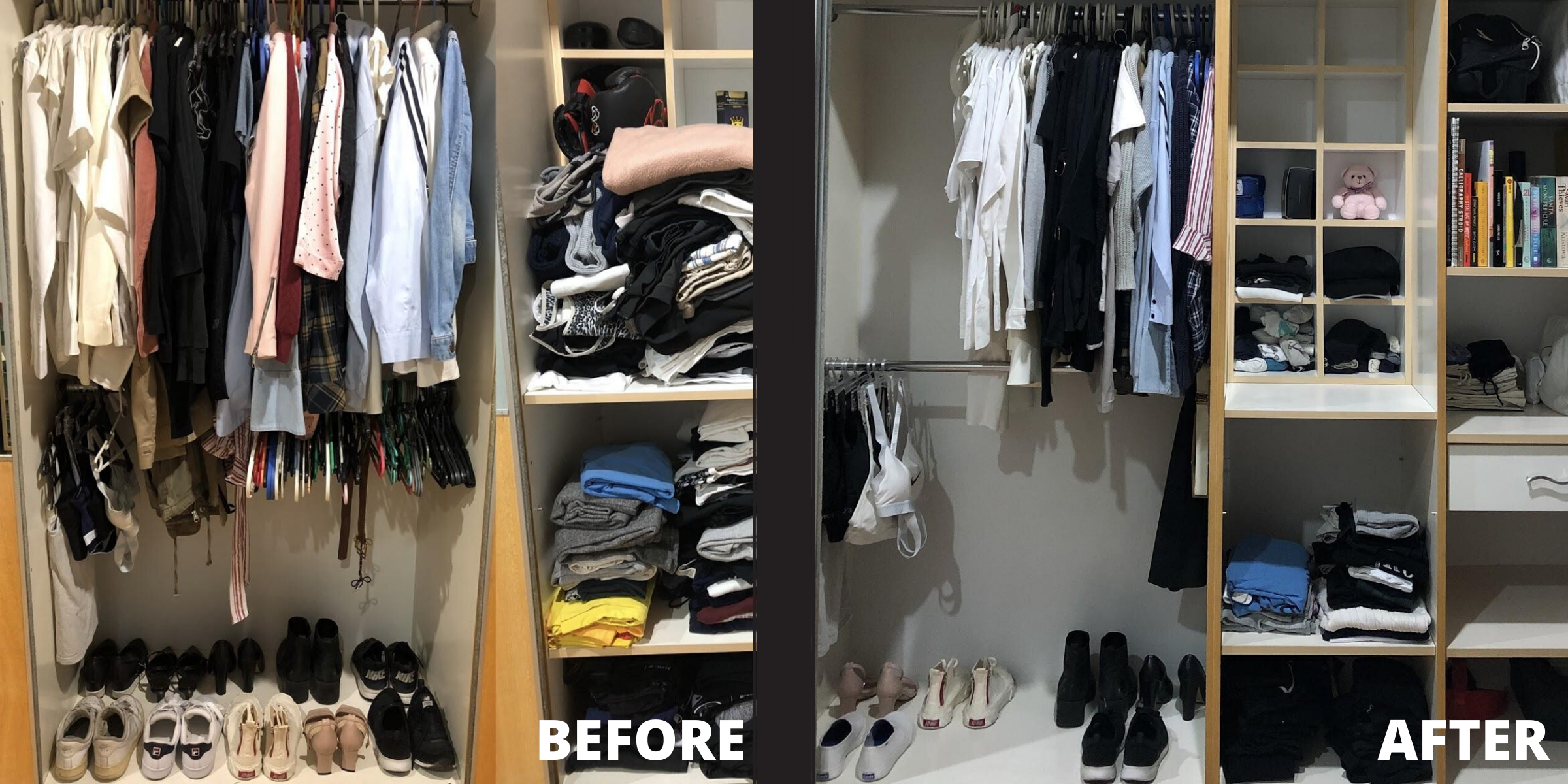 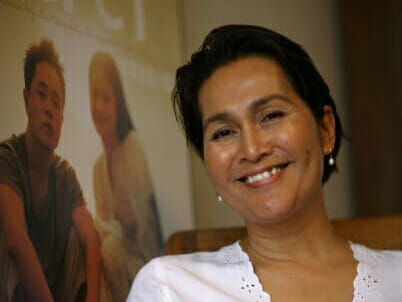