Disclaimer: In Real Life is a platform for everyday people to share their experiences and voices. All articles are personal stories and do not necessarily echo the sentiments of In Real Life.

We all have secrets that we never want to share with family, friends, and loved ones.

Some are of the hilarious self-embarrassing kind. Others are the kinds that could potentially wreck relationships and destroy lives.

Three Malaysians confess about what they’ve done, that they would never reveal, to help those that they love and care about.

I grew up poor. I was literally the “Kampung Boy” from the Lat Comics. Neither of my parents were educated, and that made it real important that I get one. I was in High School, and I missed a few days of class because I was sick.

When I went back to school, my mother wrote a handwritten letter to the teacher explaining my absence. As I handed in the letter to my teacher, Ms Amy, a dark shadow crossed her face.

“Why is the handwriting so bad? Did you write this?”

“You are lying! I‘m going to speak to your parents.”

“No, I’m telling you the truth. That’s my mother’s handwriting.”

“You wrote this letter! Admit it. You wanted to ponteng school.” 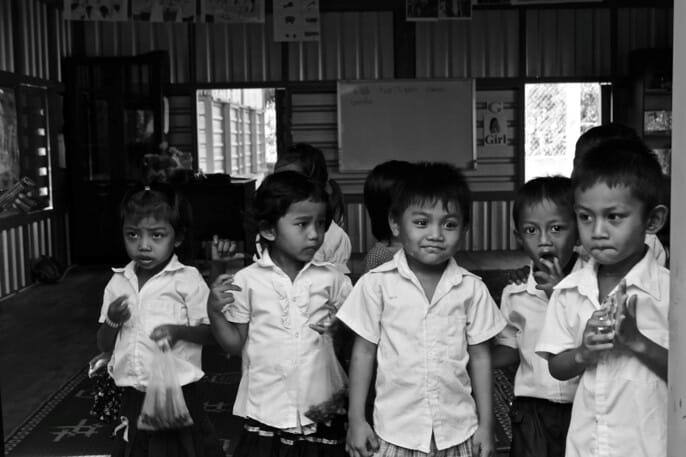 My mothers’ handwriting and spelling are pretty bad as she didn’t finish high school, and it is something that I know she’s embarrassed about.

My father was almost completely illiterate as well. Hearing my teacher denigrate it like that was quite depressing.

I looked at her and calculated which was worse: Having my parents come to defend me, and force them to deal with that kind of humiliation, or just taking a beating and being done with it.

So I shut up and took the beating and the public ridicule from my “Teacher”. She called me a liar, cheat and several other things I won’t repeat. That was almost 30 years ago.

Today I have a PhD in English Literature. I am an educator, a lecturer to be precise, teaching Law and Business.

From that childhood memory, I’ve always tried to understand my students first before dispensing my version of ‘justice’.

After My Wife was Sexually Assaulted, She Struggled To Get A Job

My wife and I have been married since 2008 and we’ve had a good decade together. But everything went to hell in 2017, when she was physically attacked and sexually assaulted.

When I heard about it, I dropped everything. I took her to the therapist. I held her at night when she woke up screaming from nightmares, reliving the attack. I joined her in self-defense classes. 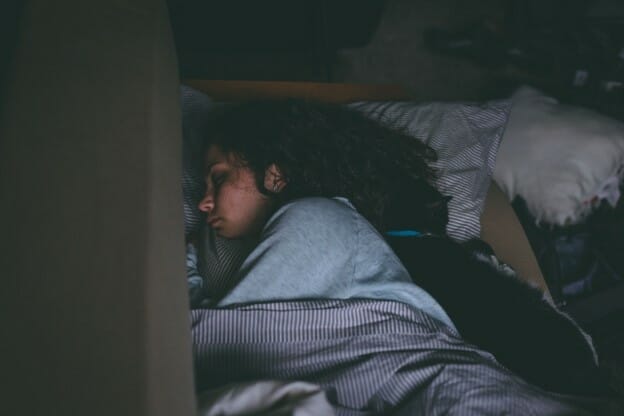 For six months, my wife and I barely slept. The physical injuries healed well enough, but mental trauma is much slower to heal.

In the first half of 2019, my wife decided she was well enough to rejoin the workforce. It was a stressful time for her, so I did my part to proofread her CV, read over her cover letters, and drove her to interviews.

She managed to land two offers. She took one, but left within a few weeks, citing “mismatch with company culture.”  The second job went about the well as the first.

I think it was too soon for her to rejoin the workforce, that she was rushing it, even as she continued to send out applications.

It was rough, especially since she always told the truth about why she had a three-year gap in her CV, which came up in every interview.

“I was raped,” she said simply, to the looks of horror on the interviewers faces.

Malaysian corporate culture is not trained to deal with personal trauma, and perhaps it is this uncertainty that causes them to doubt the job capabilities of rape survivors.

It was a grim reality that the stigma against survivors is still there under the surface.

In the end, I had to do what needed to be done.

I leveraged my connections, pulled a few strings, and got her a position. But as is the case with all such favors, it came with strings attached:

I would have to join the same startup.

At a loss, I turned to my former boss and mentor for guidance. To be honest, I was sad to have to leave my job. 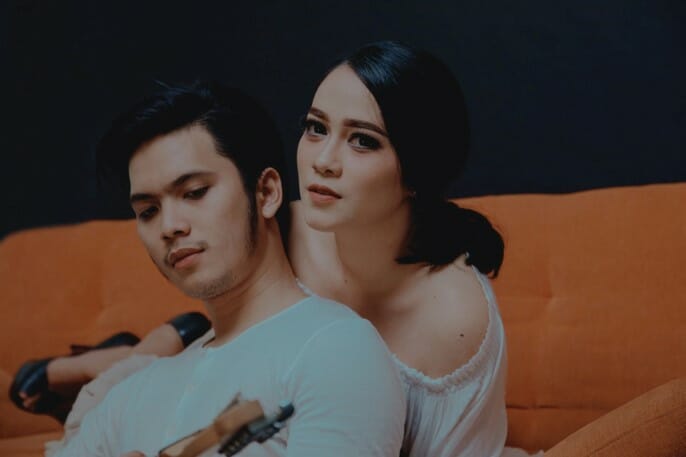 He said. “She’s family. You love her, and you’ve fought through hell for her already. I’ll make this simple: This COVID thing is going to screw things up. Badly. So here’s a voluntary  severance package. I suggest you take it.”

I accepted the offered package, and then accepted the startup offer. My boss gave me a glowing letter of reference as well. My wife started in January of 2020, and I joined her in the same company after a few weeks.

Here’s the kicker though. My wife has no idea I was the one who got her that position.

She thinks it was COVID-19 that caused my former employer to retrench me and a lot of my department. (technically she’s not wrong about that.)

I’m sure she’d be upset that I was the one who did things for her instead of letting her work it out on her own. Hopefully, she never starts asking me too much about it.

I was maybe 17 at the time and joined an online dating site OkCupid. Of course, I had lied about my age when I signed up and again when I created my profile.

I pretended that I was 19, just starting University. I mean, from doing your A-Levels to being a First-Year undergrad is not a big jump… or so I thought.

It was not long before I matched with someone! Sara was older — she was finishing her undergraduate studies.

Of course, the age gap wasn’t that big (she was 23, I was supposedly 19) and we started talking, then flirting and then things just progressed naturally from there.

Before long we weren’t just talking online, but we’d swapped pictures, phone numbers and were talking over the phone in real life. 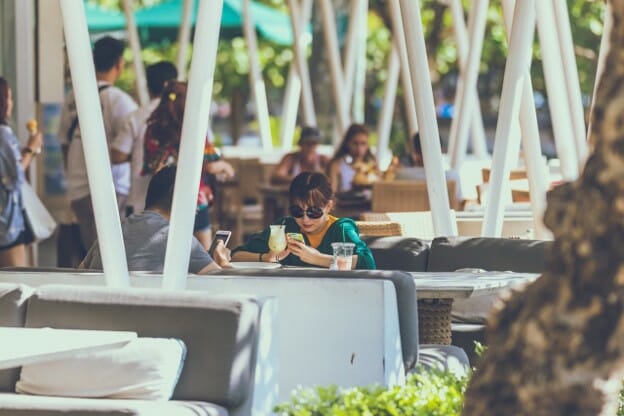 We met at a Starbucks on a Saturday afternoon, but we’d spent so long talking to each online, over the phone, via SMS that there wasn’t much that we could talk about.

I remember she looked at me with this smile and said “You look almost too young to be in university.”

One thing led to another and before I knew it, we were back in her place, the clothes had come off and Sara took my virginity.

Of course, I was happy, eager, and willing to let it happen. Twice that night, many more times over the next few weeks, then a few more months. We’re just hooking up, no strings, no commitments, just two people having fun.

She became a teacher of sorts, showing me and teaching me about pleasing women, and understanding women in general.

Then Sara started to have feelings.

She wanted to date, have a relationship, like a regular couple.

This could not end well. However you looked at it, she was in her early twenties, I was still an underaged teenager. This was my fault. Not hers. Entirely mine. I had sought her out, lied about my age and worked my inept charm and seduced her in to having sex with me.

There was nobody I could turn to for advice, and telling Sara the truth? That was out of the question. “Yeah… I’m actually 17, so I’m not of legal age to have sex, so technically, legally if our relationship ever comes out, you raped me.”

I didn’t know what to do. In the heat of the moment I think that I overreacted, totally and bolted. I deleted my profile on OKCupid, unfriended her, and blocked her on Facebook. 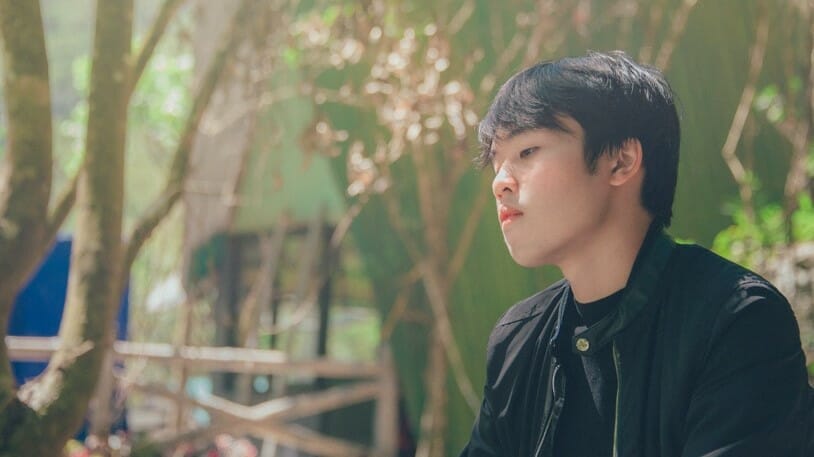 I blocked her phone number, and deleted her contact. Then “lost” my phone and got a new one and a new number.

Sara has no idea what happened to me. To her, it would seem I had just vanished suddenly.

I felt guilty about it, for years, and I did sort of stalk her on Facebook for a while. I watched her move on with her own life. She did her Masters, met somebody else, and eventually got married.

I hope that she’s forgotten all about me, and doesn’t think about me at all. I don’t deserve her, and I could have ruined her life.

It’s been almost 10 years now, and I’m still left wondering about “what if,” and maybe from time to time.

The Secret Sacrifices Made for Others

Some secrets need to be kept secret and never ever shared because they could be the hilarious self-embarrassing kind. Other secrets could wreck relationships and destroy lives.

These confessions reveal that some secrets are best kept, to keep family, friends and above all else, those we love, safe from harm.

For more stories like this, read: “I Secretly Keep My Hijab Off When I’m At Work”—Malaysians Share Their Deepest Confessions