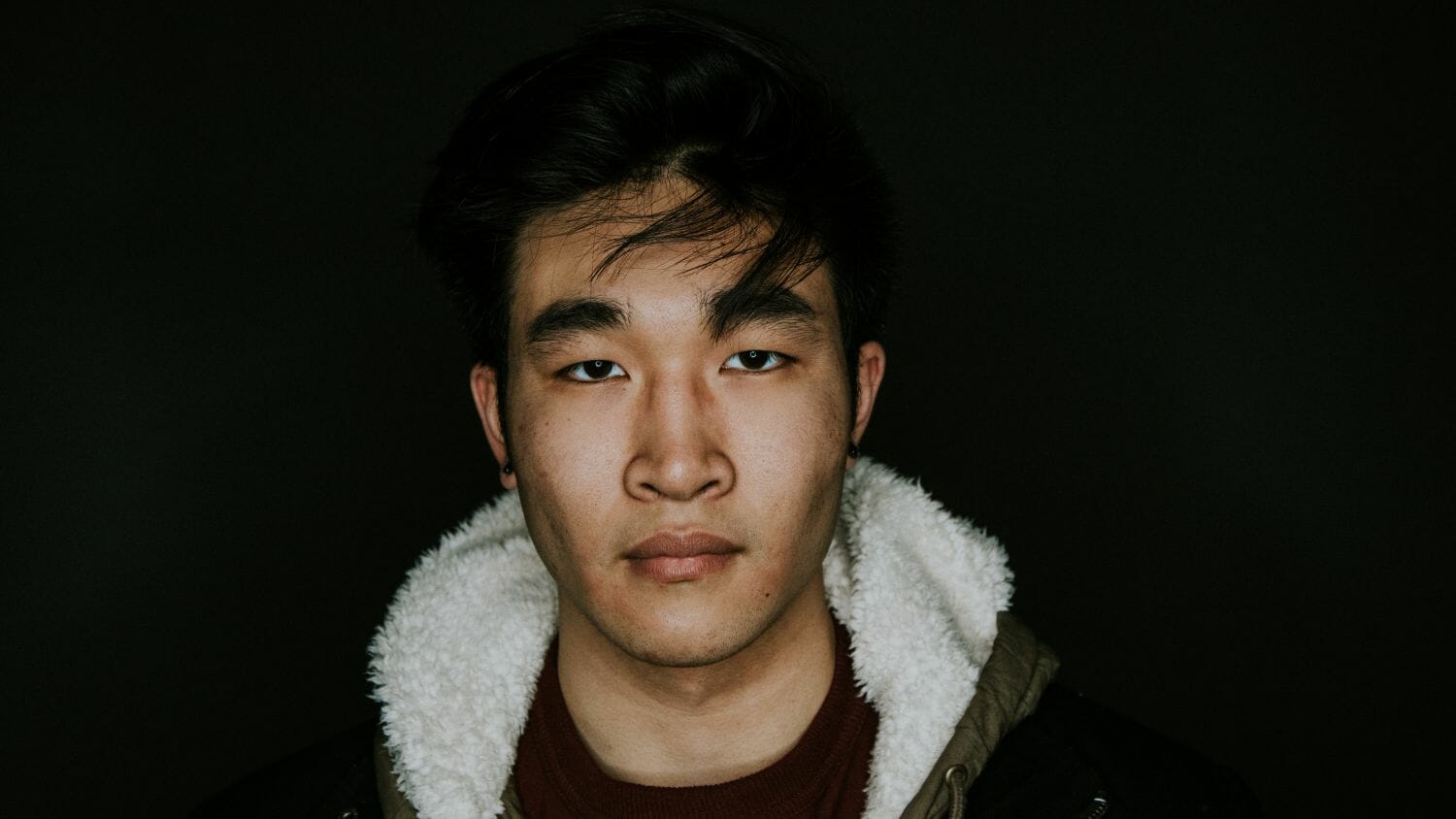 It was past midnight when a WhatsApp message interrupted my sleep.

I looked at the bright screen and read a message from Jonah.

Come here, Jack. I need you…

My colleague Jonah was a fun guy to be around. When we’re not busy at work, we’d shoot some hoops, hit the bar and knock back a few drinks.

We were supposed to train for a basketball match this weekend, but I’m here in Singapore, celebrating my first anniversary with my girlfriend Cheryl.

Before you assume my affair with this guy, I need to tell you something. That message? It wasn’t from my buddy, Jonah.

How badly do you want me?

It was from Marian, the woman I’ve been seeing for the past four months.

We met in a bar in downtown KL where we celebrated Jonah’s birthday. Marian was one of the new faces at the party. A very beautiful face.

If you could see the way Marian looked that night, you’ll understand why I was so damn attracted to her. 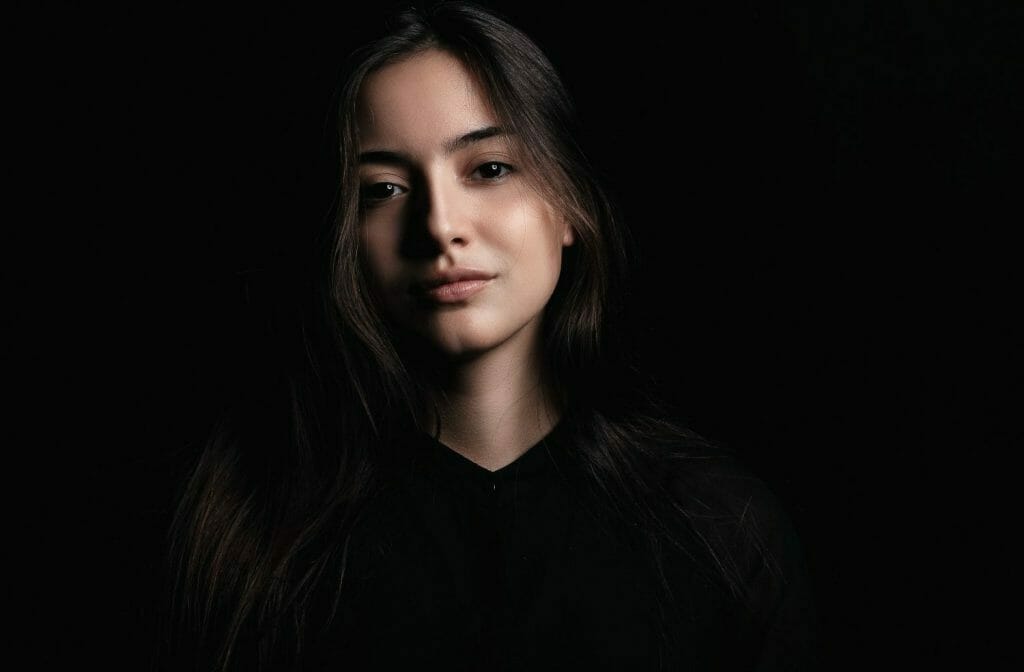 Jonah sensed the attraction between us and warned not to be flirtatious.

After we spent the night together, Marian and I have been texting ever since.

It’s not easy to keep your affairs a secret on WhatsApp. You have to be quick on your feet. You need to be sneaky, and you have to do whatever it takes to keep your girlfriend and secret lover apart.

To begin, you need to start with this golden rule.

Tip 1: Never save her name in your contacts

For Marian, I decided to use my colleague’s name as a cover-up. Sorry, Jonah.

When you have an insecure girlfriend like Cheryl, you have to do it. Besides, seeing Jonah’s name (or any of your guy friend’s names) wouldn’t ring suspicion.

She also found it cute that I always keep in touch with Jonah.

If this method works for me (so far), it’ll work for you. 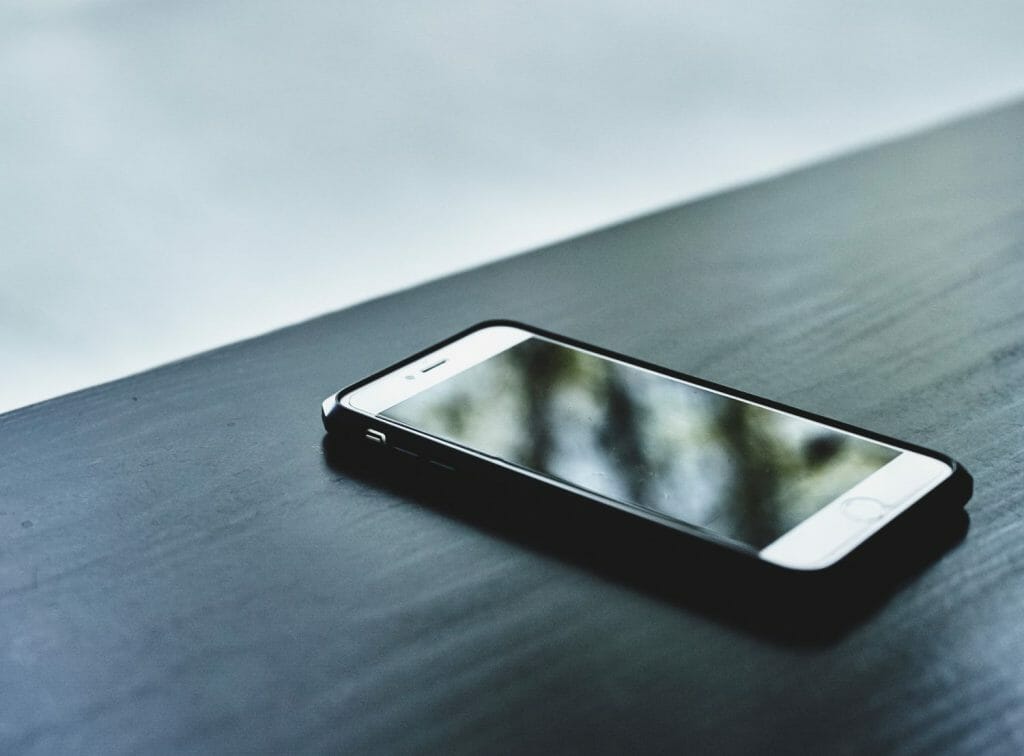 The internet will tell you otherwise. They’ll tell you to hide any notifications from your locked screen. So when the other missus sends a flirty text, your girlfriend or spouse won’t be able to see it.

Wrong move, and here’s why.

No matter how confident or secure women can be, they glance at their boyfriend or husband’s phone all the time.

My girlfriend was one of them.

When my phone pings without any notification banners, I’ll never hear the end of it.

One time, she asked if I had something or someone to hide. Women’s intuition can be frighteningly accurate, but the constant questioning drove me up the wall.

So I let the notification banners flood my locked screen.

I hide the preview message, of course. I’m not that dumb.

Cheryl can look at it as much as she wants. Judging from the lack of questioning, it worked. 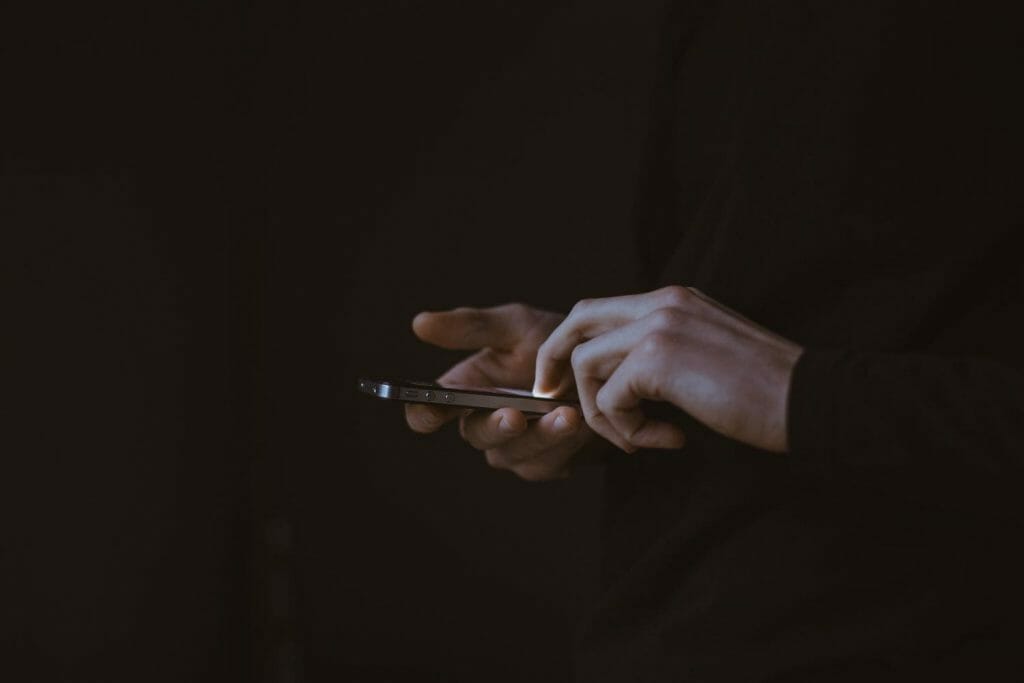 Yesterday, when Cheryl and I were having dinner, Marian kept messaging me. She knew I was on a holiday with my girlfriend (yes, she knows), but she didn’t care. Obviously, Marian wanted my attention.

It didn’t help when ‘Message from Jonah’ kept popping up when Cheryl was taking pictures using my phone.

“Is Jonah okay?” my girlfriend asked while my phone was still in her hand.

“Let me check. It must be a work thing,” I replied while trying to grab my phone away. Cheryl wouldn’t let it go.

“Maybe, I don’t know. We’re workaholics. You know that.”

When Cheryl finally let go of my phone, I got up and excused myself to smoke. As I stepped out of the restaurant, I begged Marian to stop.

Tip 4: When in trouble, read a casual text 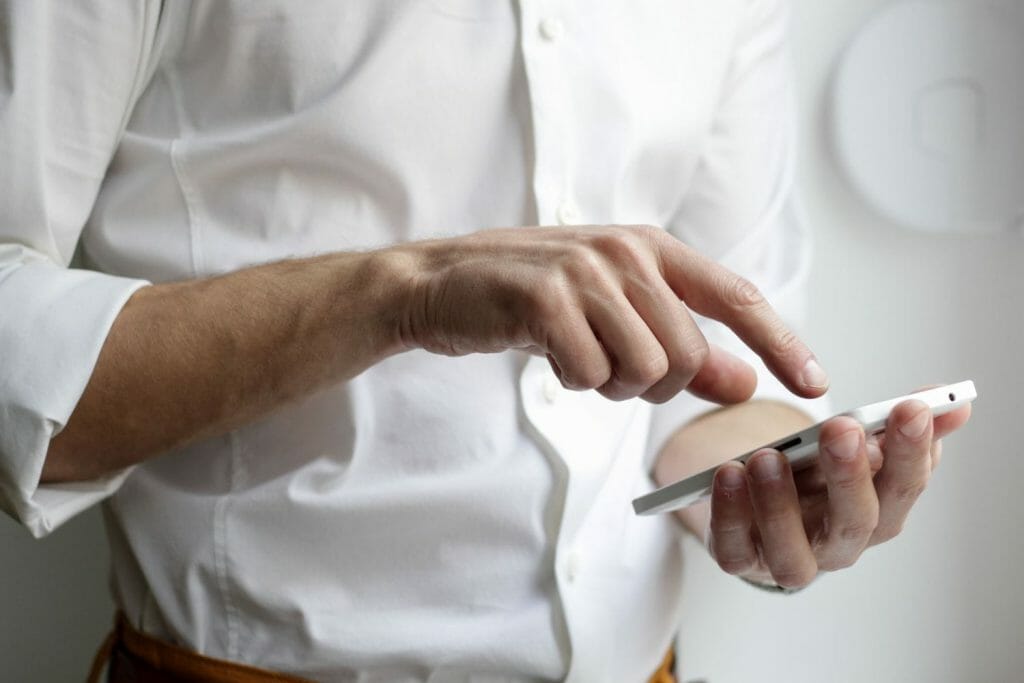 I thought I was off the hook, but Cheryl started firing me with more questions.

So what happened? What did he say? Anything wrong?

Before I filled her in with some elaborate story, my phone pinged again.

“Why is Jonah bothering you so much?” my girlfriend quizzed me again. She seemed more annoyed than before.

I secretly opened Marian’s text and cursed at those stupid heart emojis.

Then, I opened my work chat quickly and read some messages aloud. Any non-romantic message can ease her for a while. It worked the last time.

Let’s proceed with the template you chose. I haven’t got the time to check our deck but will discuss further in next week’s meeting.

“They really can’t give me a break,” I pretended to complain.

She stared at me judgingly, but not long after, she gave a piece of her mind.

“I think it’s ridiculous that your colleagues would text you on your holiday.”

This one is a no-brainer.

Marian has a thing for late-night sexting. When things get intense, we would chat until two to three in the morning. She has an innate talent for getting me in the mood, so I never complain about my lack of sleep these past few months.

Cheryl, on the other hand, has a thing for stalking my WhatsApp status. I hated it. It really got on my nerves when she asked, “Why were you up so late?” or “Who were you chatting with at 3 AM?”

It was fucking annoying, so I disabled it.

Tip 6: If you must, never use WhatsApp Web 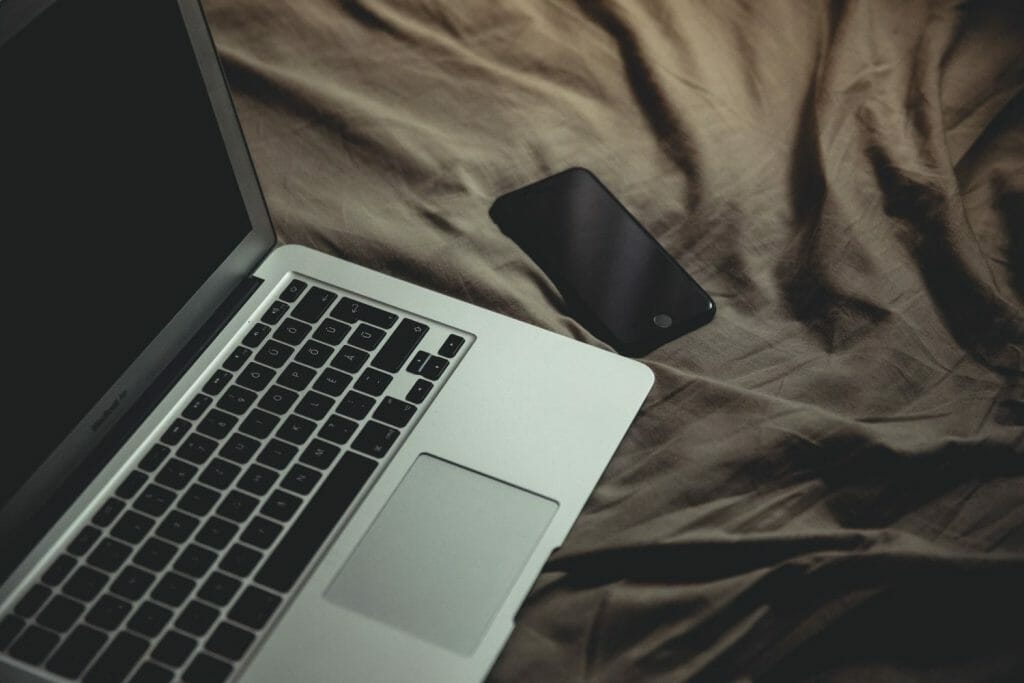 …especially when your girlfriend is around.

WhatsApp Web is like a projector that displays your conversations for the whole room to see. If you don’t want to get caught, don’t use it.

Cheryl was right about one thing. My colleagues don’t give a shit if I was away for the weekend. Even during the holidays, I have to stay connected and catch up with work.

I needed to be on WhatsApp Web to communicate with my colleagues. Besides, discussing on my laptop is easier.

How do you log into WhatsApp Web when your girlfriend is around?

This is sneaky but getting in bed with her was what I did. After that, I’ll have hours of uninterrupted time while she sleeps.

I don’t normally hide my work chats from Cheryl. They’re all boring stuff anyway. It was the dirty messages from Marian that I was worried about.

As expected, when I logged into WhatsApp Web, Marian sent something suggestive.

This time, her sexts were hot and heavy. It reached a point where I was oblivious that my girlfriend was right next to me. Alternating between my work and Marian was tough but completely doable.

I was about to ask Marian what else I’ve been missing before I heard a voice next to me.

“You’re seriously not done with work yet?”

Out of panic, I slammed my laptop. Cheryl and I stared at each other in awkward silence.

“Nothing. I was shutting down the laptop.”

Her stare lingered for a while. Clearly, she seemed suspicious. Fuck, I need to say something. Anything to throw her off. Anything.

Can’t believe I just said that. We looked at each other for a while before she broke the tension between us.

Seriously, that was close. 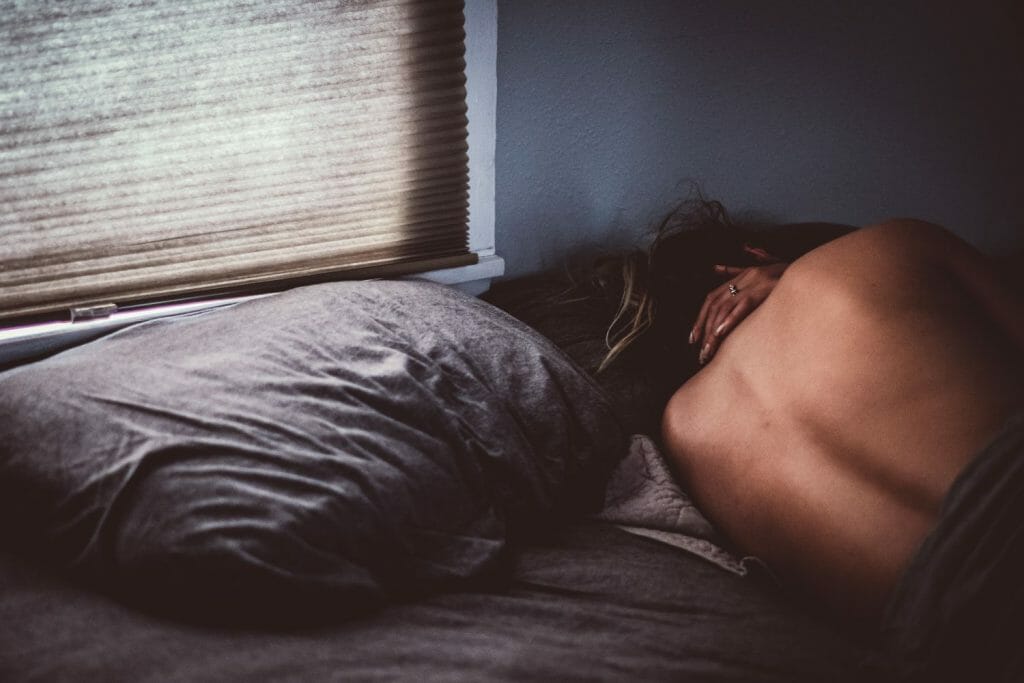 It was past midnight, and the room felt colder than usual. I looked at the bright screen to check the time.

When I turned to Jack from warmth, he wasn’t there. His side of the bed was empty, and he was nowhere to be seen.

Where the hell is he?

While I looked around for my boyfriend, I heard whispers coming from the bathroom. Who is Jack chatting with?

I got up and tiptoed towards the source. When I leaned close to the door, I heard the things that I never expected to hear.

“When I’m back, I’m going to make you do whatever you want.”

I was shocked. As I listened further, I realised that my boyfriend was having phone sex with someone else.

My instincts sensed something was amiss when Jack’s phone behaviours became suspicious.

When Jonah kept messaging my boyfriend during dinner, I can’t help asking if he was okay. After all, Jonah was a friend of ours.

Jonah
Everything is good actually. How’s the holiday?
I haven’t heard from Jack in days.

Cheryl
Wait, have you not been messaging him?
If that wasn’t from you, then who was it from?

That was the last I heard from him.

Nevermind, I’ve confirmed what I have been suspecting all weekend. He’s been cheating on me.

What was Jack thinking?

Showing his work messages and slamming his laptop? If there was nothing to hide, why does he need to reply a message privately? We text our friends all the time. Why was Jonah any different?

Also, why was he so bothered about me questioning his late-night conversations? Every single night until 3 AM? How could I not be suspicious about that?

I stood there, welling up in angry tears. Despite what I felt, I did the unthinkable. 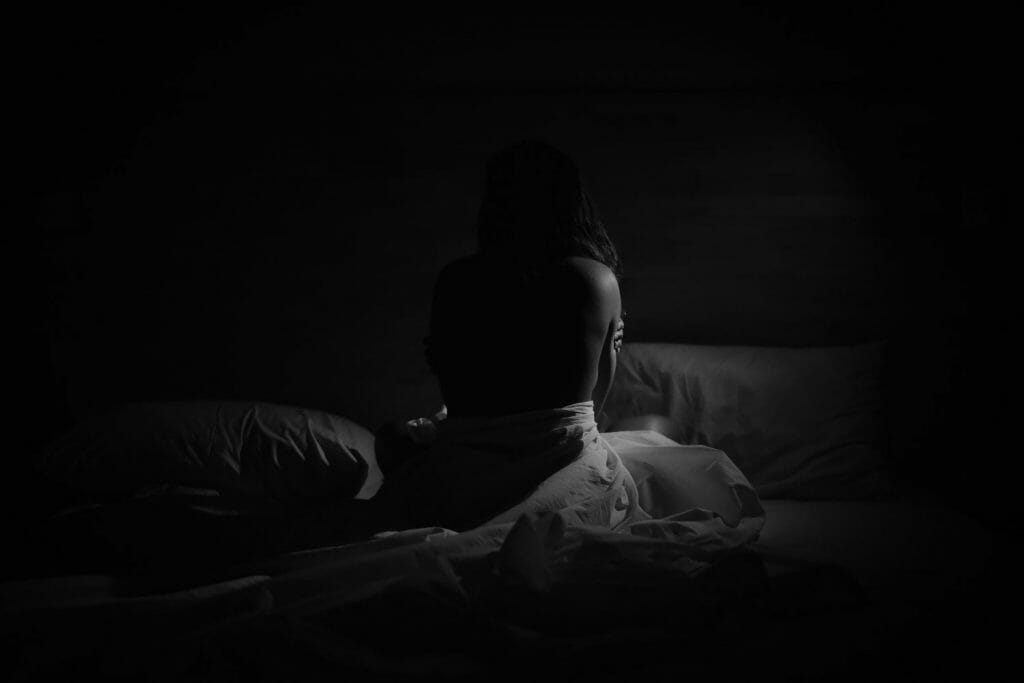 I went straight back to bed.

I was too shocked to react. I can’t believe Jack had the audacity to have phone sex with some woman on our anniversary weekend.

I couldn’t think straight. And the last thing I wanted was to cause a scene in the hotel at 3 AM.

So I broke down alone in the warmth of my blanket. Thinking about all the signs that I’ve overlooked.

How could he do this to me? What have I done to deserve this? Who is the other woman?

When I checked my phone, I noticed an unread message from Jonah. I didn’t want to read it, but I have to find out who it was.

The messages were from Marian

For more articles in Dating & Relationships, read Men, Here Are What Girls REALLY Look for in a Guy, and I Had a ‘Friend with Benefits’, Which Went Completely Wrong. Here’s What Happened 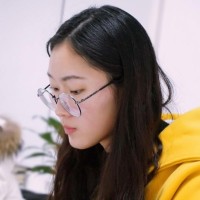