Being shy is a personality trait. There’s nothing wrong with it. Some people find it cute, but it’s hard to deny that it can be crippling. There’s a fine line between accepting yourself as you are and not allowing yourself to go further because of how you are. 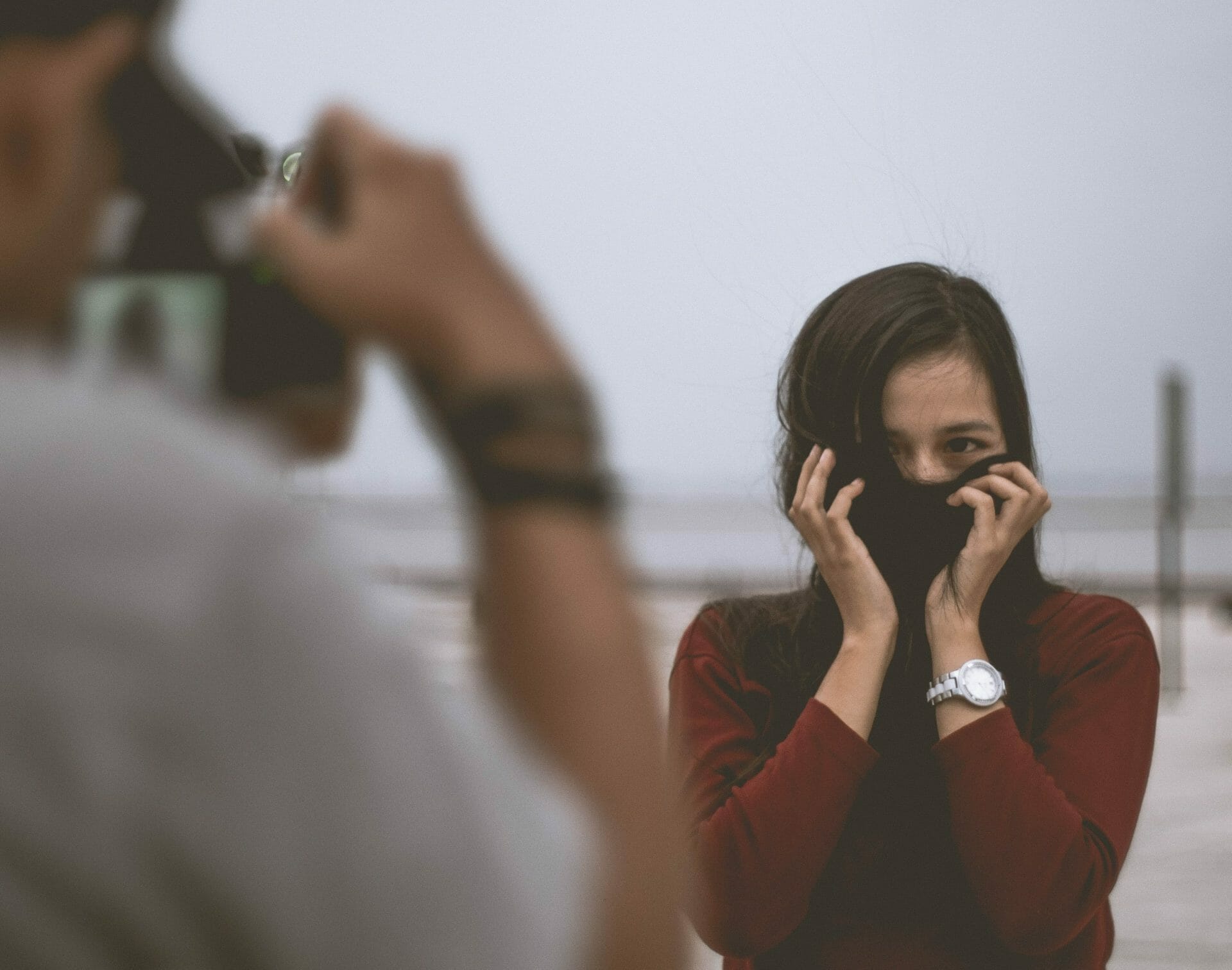 I could have been a better student if I wasn’t so shy to ask questions in class. It can be really frustrating when you’re dying to know the answer to a question, but you can’t bring yourself to ask the question in time.

Usually by the time I muster up the courage to ask a question after I’ve thought it through, the discussion already switched to another topic.

It’s the same during casual conversations with friends and random people. I often want to say something in response to a conversation, but I overthink it so much that the group moves on to another topic before I can respond.

In both cases, whether in the classroom or at the mamak, I often found it difficult to keep up with discussions as I was too busy evaluating what I wanted to say in my head. Schoolmates often described me as “blur” and “quiet”.

I think I could have been less quiet and more interesting if I wasn’t so shy. Instead I felt like I was a boring person and people were generally uncomfortable around me because I was so quiet.

Today, I think I’m more confident now that I’m older. Here are some ways I managed to overcome being shy. 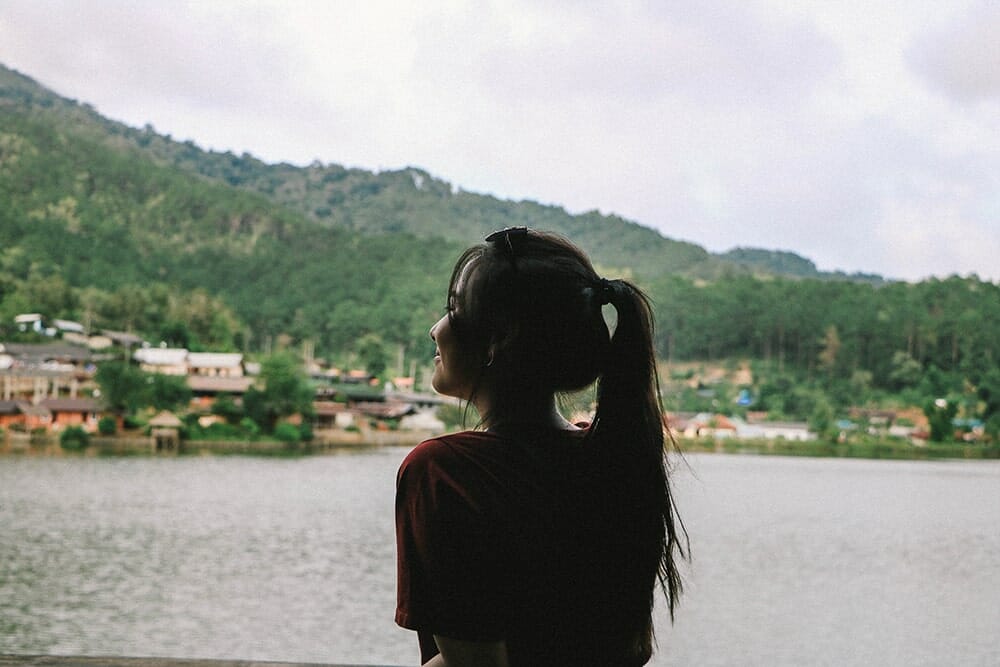 1. Don’t overthink and analyse things too much before you say something. Just say it.

I realised I was being overly self-conscious when there was no reason to be. In my mind, I imagined that people paid as much attention to what I was saying as I did.

I assumed everything I said would be scrutinized by other people, but the truth is, there is so much noise in this world that you’re lucky if people actually give you the time of day.

It took me some time to realise that other people were just as self-absorbed as I was. They too were probably thinking of the next best thing to say instead of listening to what I was saying. The only difference being that they didn’t overthink every little thing they were about to say – they could just participate normally in discussions.

Although shy people are usually seen as humble and meek, some of them are actually covert narcissists. They may not religiously post selfies of themselves on Facebook, but they do tend to assume that they’re always under the spotlight.

I used to feel really uncomfortable going out to places where there would be many strangers around. I always felt like everyone was looking at me. I was sure everyone would notice how weird I was. Sometimes I would even imagine that people were talking about me in quiet whispers.

It was delusional, as it’s highly unlikely that a large crowd of random people would all notice that I was weird when I wasn’t doing anything overtly strange.

The reality is that most people are not as confident as they portray themselves to be, and that everyone is a little self-absorbed. Everybody sometimes feels insecure about what others think of them. Added with a dozen other worries, there isn’t really much time for anyone to focus on other people.

Anyway what’s the worst thing that could happen if I said something stupid? Unless I’m as important as Trump, what will probably happen is that some people (not everyone) will laugh at it for a few seconds, and then forget about it.

Unlike myself, most people will probably not be replaying that moment, simply because people have other things to think about. Life doesn’t revolve around me.

As Eleanor Roosevelt said, “You wouldn’t worry so much what others think of you if you realised how seldom they do.” 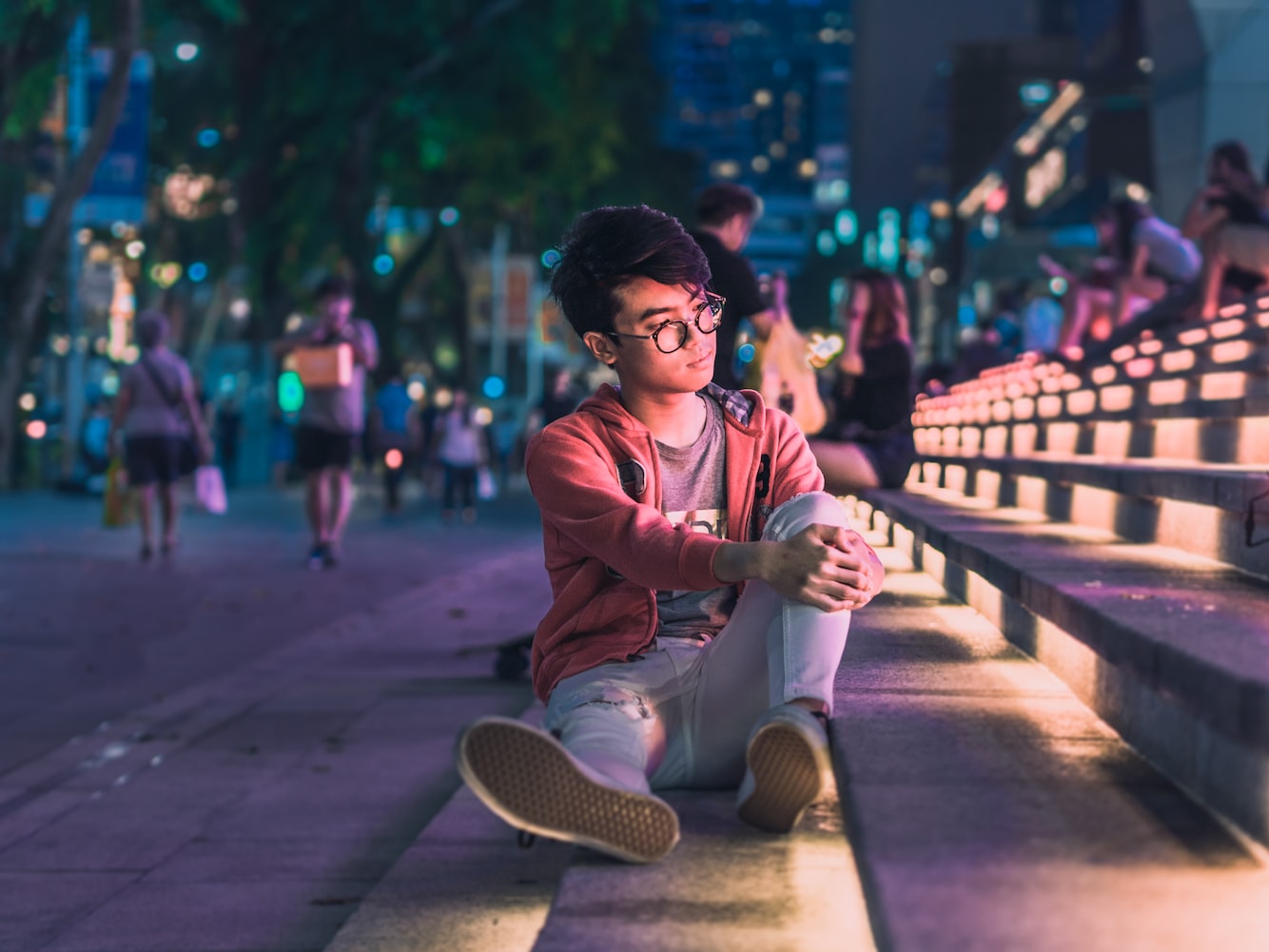 2. Do something that comes naturally but still requires you to do something in public

I used to know a guy who couldn’t get through one sentence without stammering nervously. But he could easily sing a whole song confidently without a single mistake.

I’ve always been shy about talking to people I don’t know. But ever since I was a child, I enjoyed performing dances and sketches for big audiences full of strangers. I actually wasn’t as shy as I made myself out to be, at least when it came to things like dancing and acting.

The more I put myself in situations where I felt confident in front of strangers, the more confident I started to feel about myself. In my teenager years, I found myself slowly coming out of my shell more as I took up every dancing opportunity.

I would always be the first one on the dancefloor and the first one to volunteer to dance on top of the bar for a free shot of tequila. I suddenly wasn’t the shy girl anymore. I danced like nobody was watching and I sang like nobody was listening. I felt at ease with myself and people around me. 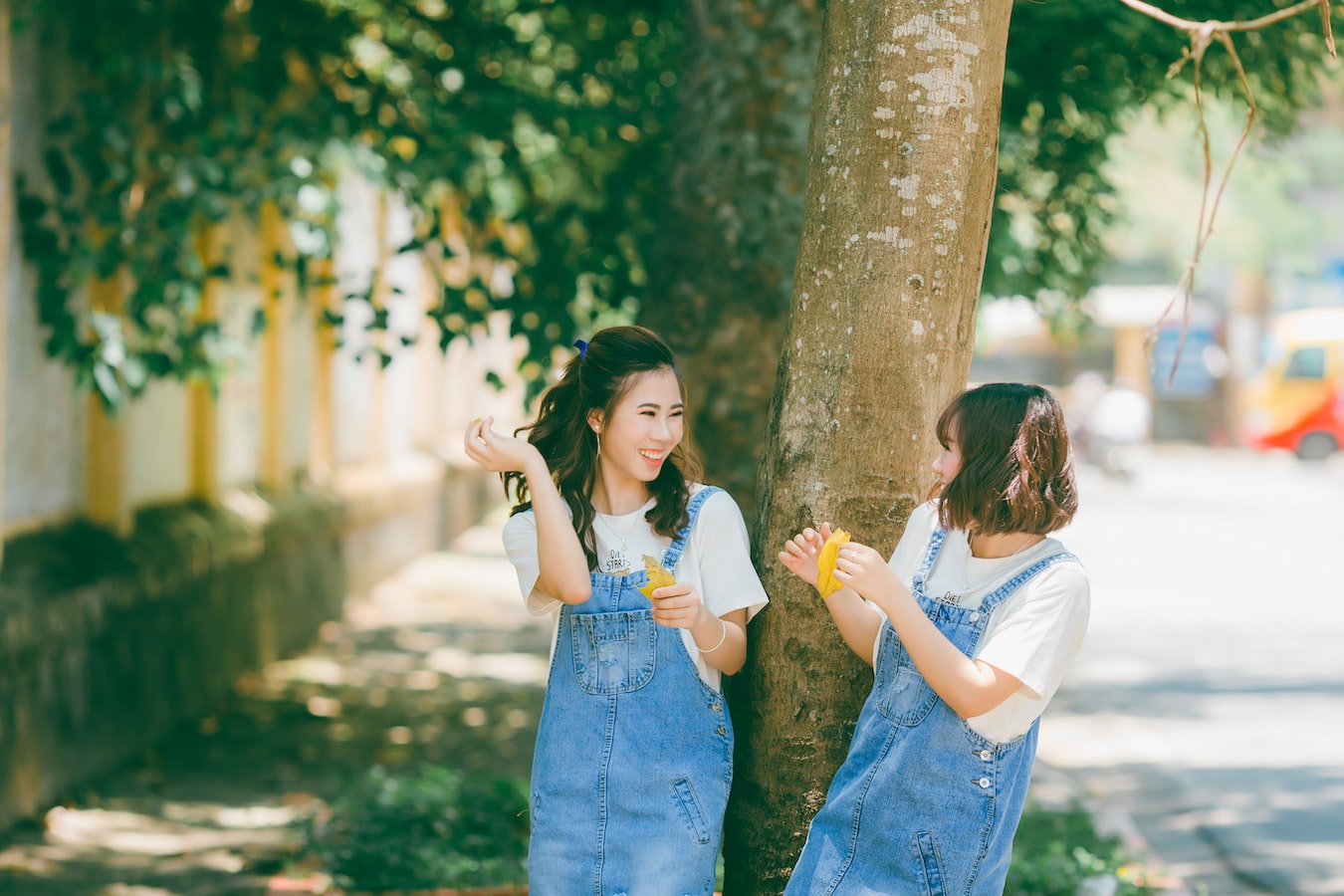 3. Try being more vocal with friends you are comfortable with first before moving on to strangers.

Whether shy or not, people tend to be less self-conscious, more open, and more talkative when they’re in the company of friends.

Voicing out what you truly feel, even to friends, is not easy. It takes time to trust others with your vulnerabilities. Take your time getting to know people so that you can feel more comfortable speaking up.

In most cases, circumstance will eventually force us to communicate with strangers and it might even be fun.

I was forced to open up to strangers when I migrated to Germany. Everyone was a stranger and it gets really lonely when you don’t talk to people.

My first time trying to initiate conversation with a stranger in Germany was in a bar. It was also the first time I went to a bar alone, because I had no other choice. I could have just gone to a bar and not talked to anyone, but I wanted to get to know people in the village where I would be living for a while. It would have been awfully boring if I didn’t.

I really wanted to overcome my shyness. So I did it. I talked to a human being who was a complete stranger to me.

As I’m sitting there in the bar alone with my drink, I try to gather some courage to talk to the guy next to me. My heart is beating like a really fast drum and my palms are sweaty. I can’t remember what I said to him, but we managed to keep the conversation going for a while.

I ended up chatting with a few more strangers that night and having a really fun night. After that experience, I wasn’t so nervous about going to bars alone or initiating conversation with strangers. 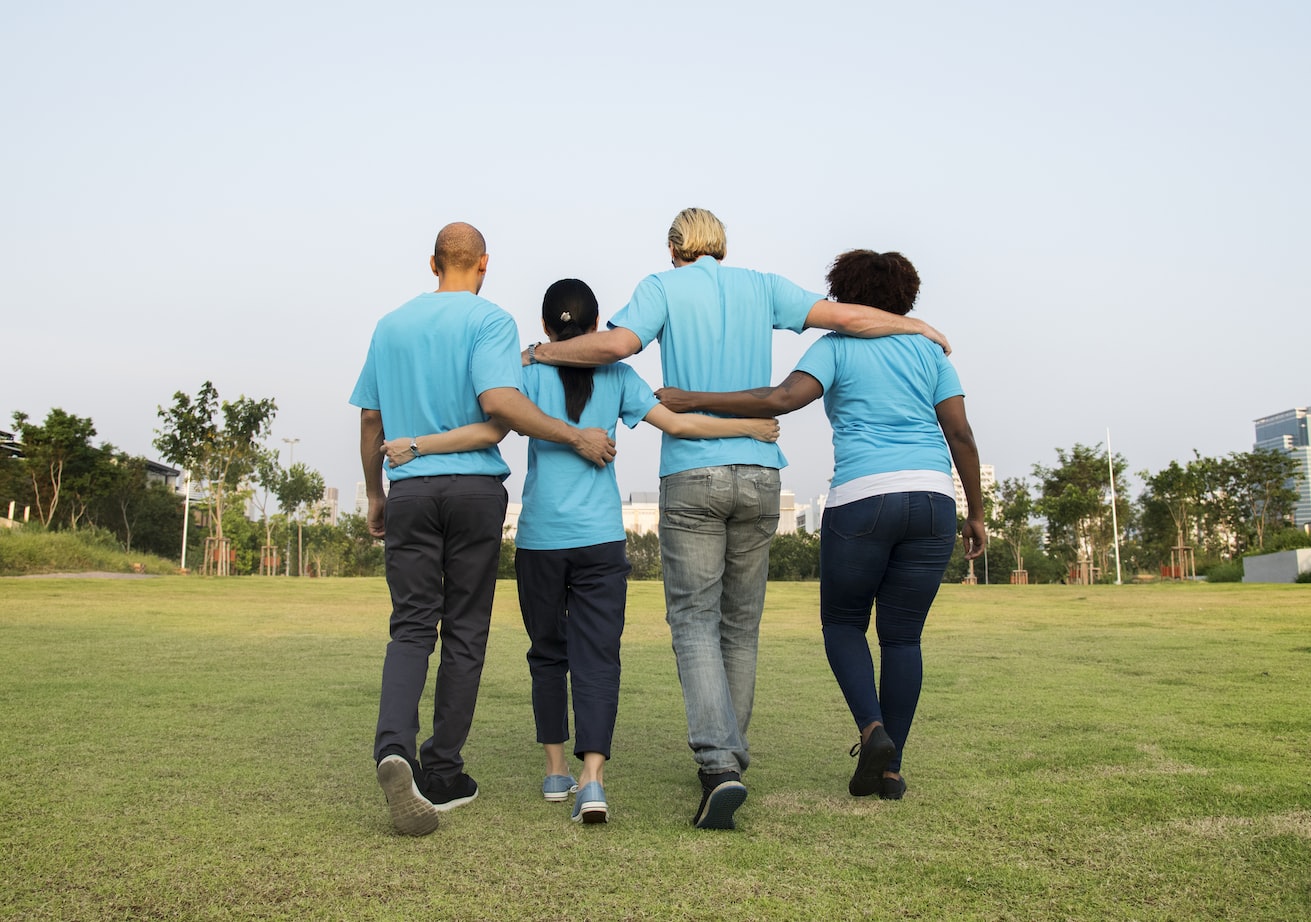 4. Fake it till you make it

Act confidently even though you’re nervous and never mention that you’re shy. It’s a self-fulfilling prophecy, and people see you in the light that you want them to see you in.

So learn to put some effort into pretending.

See, your brain and your body language is connected. If you perceive yourself as shy, you’ll act accordingly – you’ll hunch your shoulders, look down to the ground, cross your arms, and make yourself as small as possible.

This reinforces the mental image of yourself being shy.

But, if you take the effort to change your body language – standing up straight, making eye contact, and projecting your voice – your brain actually acts accordingly. You’ll start to think that maybe you’re more confident than you thought.

So when all else fails, fake it till you make it – it actually works. 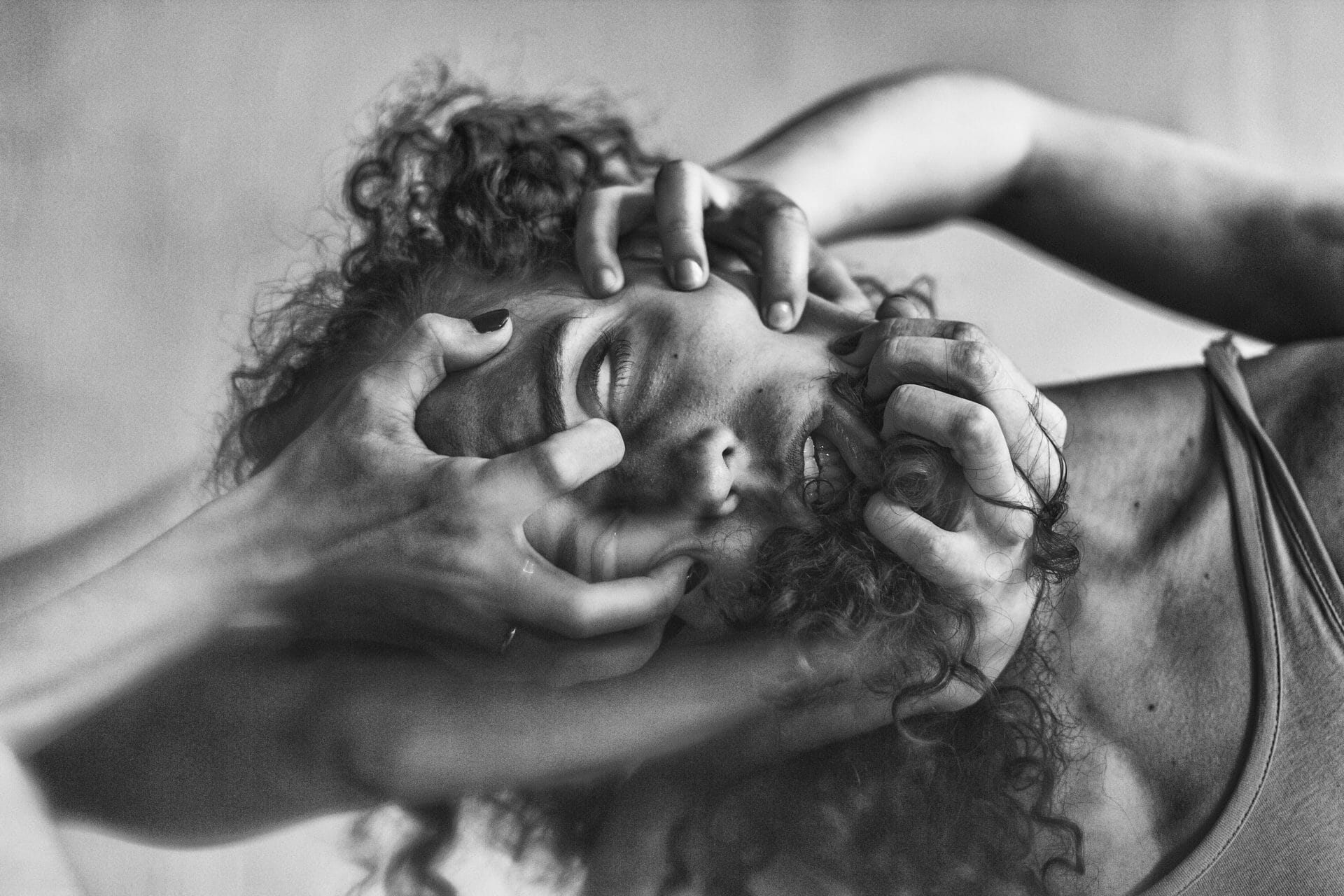 For shy people, their worst fear is public speaking. During my college and university years, public speaking was compulsory. I didn’t have a choice – I had to do it.

My first public speech in college was definitely memorable, and not in a nice way. Instead of preparing for my speech properly and trying my best, I self-handicapped. I only made a rough draft of the speech right before class started. To make things worse, I was a little bit drunk too – I thought it would give me a bit more courage.

I ended up doing badly and was even more nervous than before. I was afraid my lecturer would smell the alcohol I had just consumed.

After some practice, it got better. Although I still do feel nervous when asked to make a public speech, I’m more confident about it now compared to when I was in college.

I can’t stress enough that the best way to overcome shyness is to face your fears, not once or twice but a few times at least.

Nowadays when I meet people and tell them that I used to be really shy, some of them don’t even believe me. I don’t blame them because obviously I’ve come a long way.

These days I’m hardly nervous when it comes to talking to strangers. In fact I’ve come to realise that I really enjoy meeting new people. So don’t let your fears stop you from truly living your life to the fullest. Dance like nobody’s watching and sing like nobody’s listening, because life is too short.

For more articles on self-improvement, read 3 Things Which Are Making You Lazy Right Now, and Forget Perfection, Live a Purposeful Life Instead. Here’s How to Start. 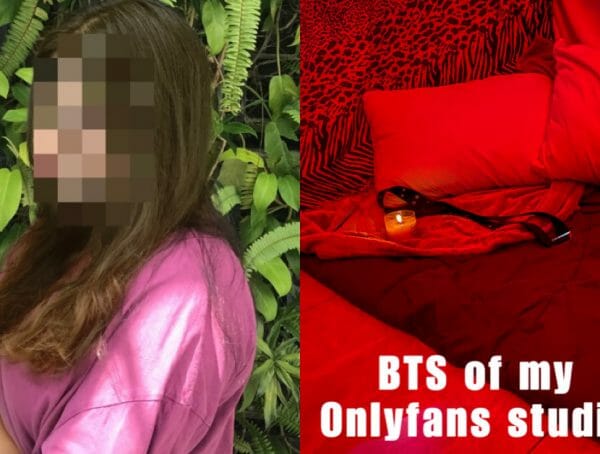 Real Relationships
After My Boyfriend Said I Gained Weight, I Opened An Onlyfans Account To Gain My Confidence Back 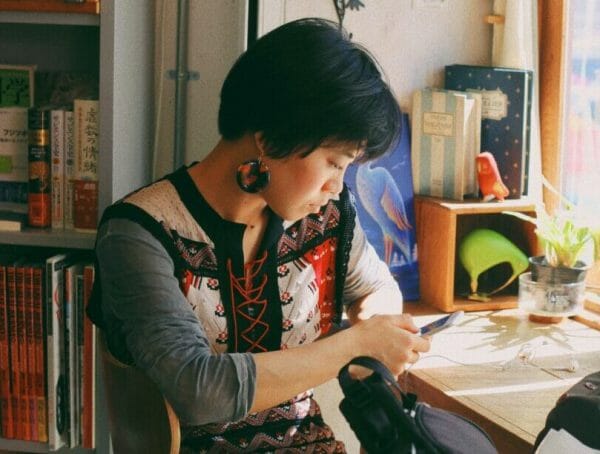 Real Mental Health
7 Quotes in 7 Days: How I Turned Myself Around With The Power Of Words 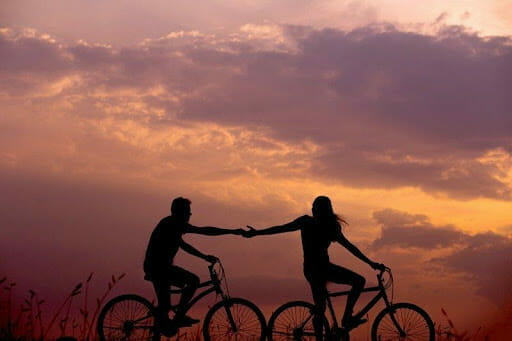