This is a user submission to IRL. We do not edit the article beyond ensuring that it complies with the site’s format. The opinions expressed are solely those of the author and do not represent the opinions of IRL or its affiliates.

The topic of choosing your career has always been one that I had been struggling with in school and during my college days.

Sometimes, I wished I had a talk with someone — a counsellor or an experienced person to talk about what my dreams and aspirations, so that I could pave my life direction from there.

All I knew was that at the age of 16-17, I was good at my language papers, history and surprisingly Mathematics. I then received an offer to study science in a local matriculation college.

But I was more lost than ever after a year of studying there.

I didn’t know what I was designed to do after spending time in college — mugging those science books and spending most of my time in laboratories conducting experiments.

So, I decided to study Mathematics — a subject I had the knack for in college, because it was the closest subject to me at that time as I was always acing Math quizzes and examinations.

But deep down inside, I knew I was passionate about something else — a subject that would draw me closer to my emotions and my thoughts.

I grappled with the idea of being a writer at that age because all my friends were aspiring to be engineers, accountants and lawyers.

Where the heck did a writer fit the standards of these professions?

Because of that, I enrolled in a Bachelor of Mathematics course in a public university to pursue this journey with Mathematics, thinking that maybe it wouldn’t be too bad after all.

Oh boy, how wrong I was.

1. I felt as though something was ‘missing’.

Formulae and numbers turned me into a boring subject and I longed for conversations and stories. The only topics that were revolving around me at that point in time were just about our projects, assignments and more Math!

I wanted to talk about the fiction books I’ve read or the movies that I watched — but everyone around me like my classmates were all invested into the world of numbers.

Sure, I passed every semester with flying colours but why did I feel as though I couldn’t feel my emotions?

In fact, to be exact — I felt like a human being existing without a soul.

2. I was an active debater and public speaker.

Debate taught me to think, argue and present my arguments. During my university days, I used to attend almost all of the debate classes, as it taught me to express and articulate myself well.

As such, after these classes ended at night, I would be filled with a jolt of sadness as I had to prepare for my Math classes the next day.

I felt as though the wait from one meeting to the next was very long. And I knew that I wanted all of my classes to be like a debate scene — where I could argue and express myself.

When I went for competitions, what struck me was how brave I had to be in presenting my arguments or rebutting an opposition’s case.

But in a classroom where Math filled the air with its laws and formulae — there was no room for creativity and freedom of speech.

There was no such thing as hearing different “arguments” in class.

One had to abide by the “laws” by applying these laws for different case studies.

I became that quiet student in class and reverted to my boring self.

3. I was afraid of what people might think of me

I had thoughts of quitting my course much earlier — but I was afraid of what people would think of me especially when the images of my relatives, or close friends who were doing well in their field of study came to my mind.

And there were the older generation like uncles and aunties whose children earned scholarships or who knew exactly what they wanted to do from the beginning, unlike me.

Whenever I thought of them, I could already imagine their disappointed faces and the expectation they would set on me — “Why study Journalism when a subject like Mathematics is difficult which makes you a genius?”

Or questions like — “What change course ah? Are you crazy? Your parents would need to fund your education expenses if you wanted to go to a private university?”

But I guess at one point in life, I knew I had to stand firm with my decision and hurdle through those remarks and criticisms.

I thought to myself: “How long am I going to live under the shadows of other people?”

And in case you’re wondering what happened to me, well I did finally quit the public university because I couldn’t see myself dealing with numbers nor didn’t I envision myself building a career with Math.

I choose to study English Literature instead at a private university that was reasonably priced for my course as I wanted to be a writer.

Who said it’s impossible to find a reasonable private university?

And after three years of studying, I graduated, and am now a writer.  I look back at that journey and man, it was so tough, or it felt so tough at that point.

It didn’t help that I had to face so many questions from people who were mostly shocked and surprised at that decision.

Some even commented that I made the wrong decision like as though they knew me already.

But I did it. I made the switch. And it was the best decision I’ve ever made.

I’m glad my parents supported me through that onerous process and chose to ignore what other people thought of it. Also, I’m glad they granted me this second chance to study what I’ve always wanted to do but did not have the courage to do so then.

For more articles on switching your course of study, read:  My Boyfriend Quit His College Because They Didn’t Teach Him Anything – Here’s His Story and I Regret Pursuing a Degree I Am Not Passionate About.

152
Dating & Relationships
Guys, It’s OK to Have a Partner That Makes More Than You 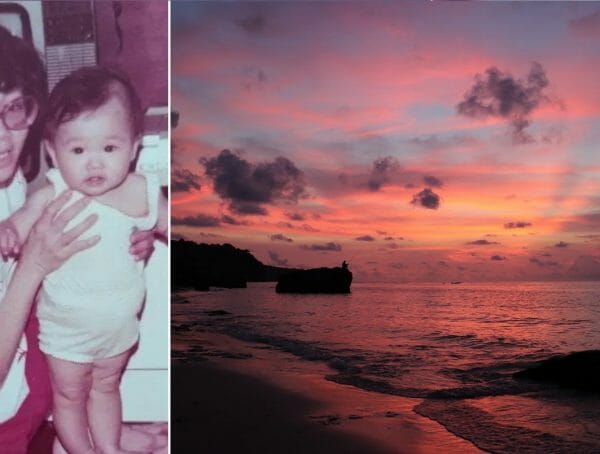 207
Life & Everything Else
“Why Doesn’t God Heal My Mother’s Illness?” I Asked In Anger. Then He Spoke To Me