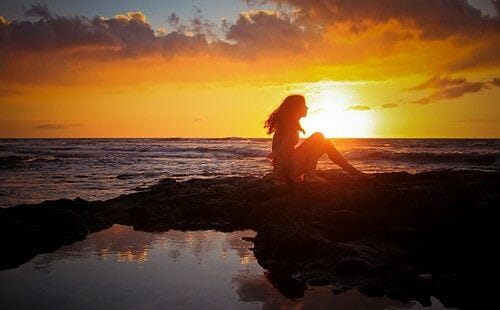 These are the “nicknames” usually associated with a third party in a relationship.

How about all the news coverage involving abusive women who make life a living hell for the step kids?

No doubt, scary women like these exist. But at the same time, there are women out there who unwittingly end up being the ‘Other Woman’.

And truth be told, they’re not as evil as the fairytales and media have made them out to be.

Here’s a story about one such lady.

Mom passed away after a twenty-year-long battle with Scleroderma (an autoimmune disease).

Throughout all those years, dad had been a wonderful husband; providing endless love and care.

So it came as a shock when he brought a woman home less than half a year after mom’s passing.

She was a spinster in her early forties while dad was already well into his sixties. And to add to the k-drama effect, I found out that they had been secretly seeing each for the past 5 years.

She seemed alright at first —  she would come over for meals, and we would spend time together chit-chatting.

Not long after frequenting our place, dad suggested that we go on a vacation together — so off we flew to Hong Kong.

It was there that I truly got to know her.  It turned out that she was quite a character.

Once, an elderly couple who joined the tour in Hong Kong asked for her help. She flat out refused to help them because she wanted to enjoy the tour.

That came as a surprise because dad was an extremely generous person, and I had expected him to find someone of similar characteristics.

I decided then and there that I couldn’t accept her.

Our relationship went downhill from then on. Everything she did (and didn’t do) irked me.

From not wanting to drive, not carrying a phone, not bringing a purse, waking up late on weekends to expecting my dad to cook and pay for every single meal — All these things screamed ‘BURDEN’.

Once, dad was left to wait at her office parking lot for nearly 2 hours just because she “didn’t have a phone” to call him to tell him that she was working late.

One would think that she could at least have borrowed someone else’s phone to relay the message, but nope, the thought just “didn’t cross her mind”.

Plus, she was a hoarder. Our once seemingly clean and orderly home became a storehouse for old newspapers and plastic containers.

I didn’t understand how dad could put up with her idiosyncrasies. This was not a normal woman. This was a woman who drove me up the wall.

This was a woman who had tainted my father and mother’s home.

So, I set out to destroy my dad’s relationship. I would drop hints about how useless and odd she was. I would pick fights with her, shame her and make fun of her.

The woman had a habit of not paying for meals whenever we dined outside, so once, in a fit of anger, I walked away from the table when the waiter came with the bill.

Dad was in the washroom at that time. Later, I found out that she had told the waiter to wait for my dad. I made a scene out of this.

All this took a toll on their relationship. dad would start getting annoyed and would snap at her often. But as weird as she was, she never fought back.

And come to think of it, she never pressured dad into marrying her, so she remained his ‘partner’ throughout their relationship.

About a decade after mom’s passing, dad was diagnosed with cancer. By that time, I had moved to another city and had started a family of my own.

I resigned from my job and came back to look after him, but there was only so much I could do as I had to care for my two-year-old.

So, I was truly touched that the woman chose to stay by dad’s side.

Sure, she nagged him to no end, but she was there for him, rushing from work to accompany him and sleeping on the hospital chair at night just to be with him.

And when dad passed away, she cried like the world was going to end. It’s safe to say that her whole world came crumbling down.

I realized then and there that her life had revolved only around dad. With his passing, she had to learn to live and start all over again.

It was tough for her. She kept every memento she had with dad, and that was when I realized how much she loved him. 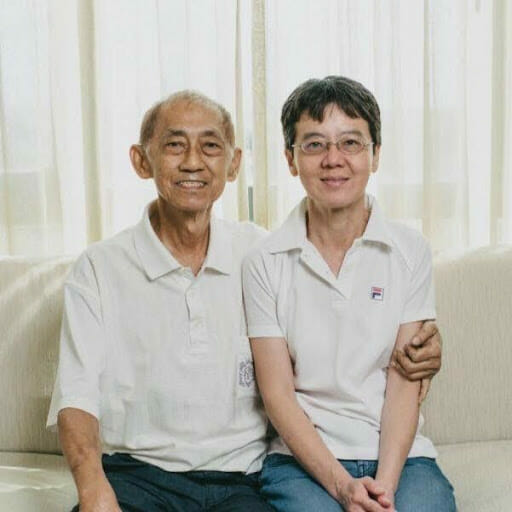 This was their last photo together.

To this day, I don’t like the fact that dad had an affair when mom was still around.

But I reasoned that the ‘Other Woman’ was at the right place and came into his life at the right time when dad needed someone.

They may not be perfect, but they can be the one to provide solace, comfort and a form of companionship that sons and daughters simply cannot.

In my family’s case, the ‘Other Woman’ wasn’t such a bad person after all.

What do you think about the ‘Other Woman’? Let us know in the comments.

If you like stories like this, read: My dad Cheated on My Mom and She Doesn’t Know and 5 Mistakes I Made When I Told My Best Friend That Her Husband Was Cheating on Her.

I Lost More Than RM50k After I Broke Up With The Love of My Life. Here’s What Happened

I met him when I was single, independent and thriving – he left me when I was jobless, broke, and …