50 years ago, dating was completely different. Depending on how conservative your family was, dating was frowned upon and there was a chance that you’d only know who you were getting married to on your wedding day.

Well, how things have changed! Couples these days can (and even do) live together before marriage without all the drama of the past.

I grew up in a very religious and conservative environment. I was always taught that co-habitation would be the death of a relationship. Everyone I knew told me that without a legal or religious binding agreement, couples who co-habited had a higher chance of splitting up. Well through experience, that’s not necessarily true. 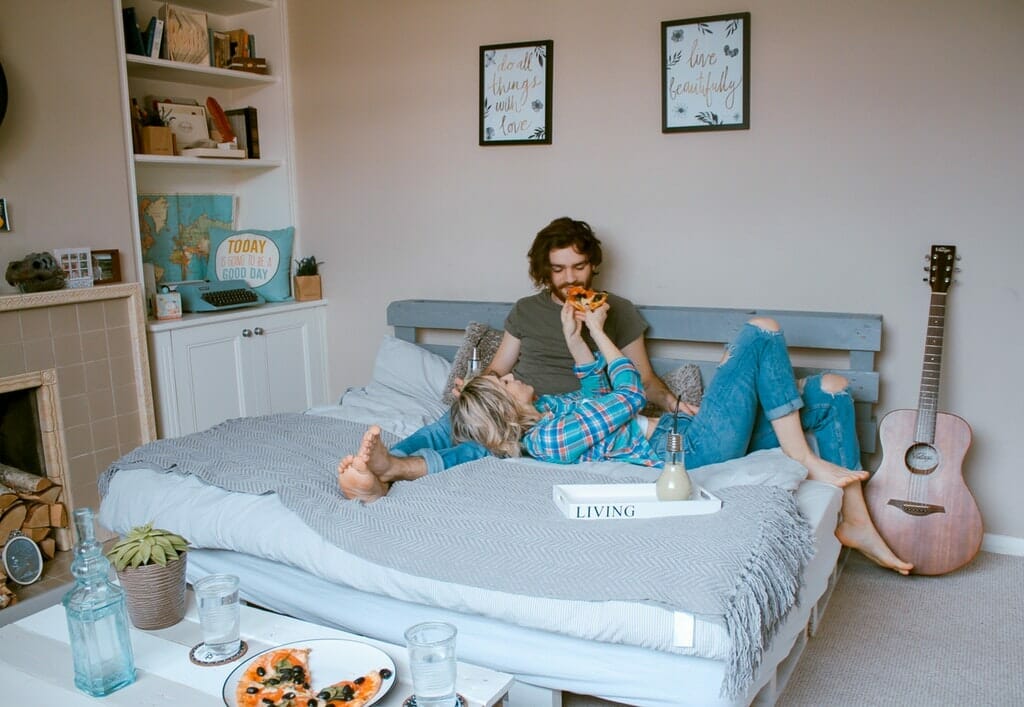 Of course, if you have your own moral convictions against co-habitation, that’s completely within your right. However, if you’re living with your other half right now, here are some tips to make it work.

These tips are also practical for newlyweds who are living together for the first time.

1.Give Each Other Space

When the fireworks and starry-eyed romance dies down in a relationship, you’ll find that being joined at the hips all the time can sometimes be tedious. It’s not a bad thing. You don’t have to panic and think that you’ve fallen out of love. You haven’t.

It’s just natural and human to want to do your own things once in a while. Once you understand this, you’ll understand how important it is to have ‘together’ time (where you pursue shared interests or hobbies), and time apart for your own personal pursuits.

In recent months, the hubby has gone back to doing karate, which he hasn’t practiced since his varsity days ten years ago. He goes for practice twice a week, and I have my own ‘alone’ time to catch up on K-drama or work on my cosplay costumes.

I’ve realized that this makes me appreciate his presence even more when we spend weekends together, even If it’s just window shopping at the mall.

2.Accept Each Other’s Human Side

The realities of living with another person in the same house are far removed from anything and everything you’ll ever see in the media. Expect to be saddled with a partner who farts under the blankets, has bad breath in the morning, and makes weird noises when they sleep (which sometimes keeps you up). At times, your partner may be moody and taciturn and sometimes they’re all sunshine and roses.

Of course, you have your own eccentricities. The first year or two will be a steep learning curve for the both of you. It helps if you’re both relaxed and chill about it. It’s just part of being human. No one wakes up looking and feeling like a million bucks.

I’ve always been influenced by romantic movies as a girl, where everyone was perfect. Nobody snored, they woke up with fabulous hair, etc. But I was in for a reality check.

I had a hard time getting used to hubby’s snoring the first few months. It kept me awake for hours at a time. On his end, he had to put up with my stray strands of hair all over the floor, which he says creeped him out because he couldn’t figure out how girls (meaning me) shed this much but still had hair left. 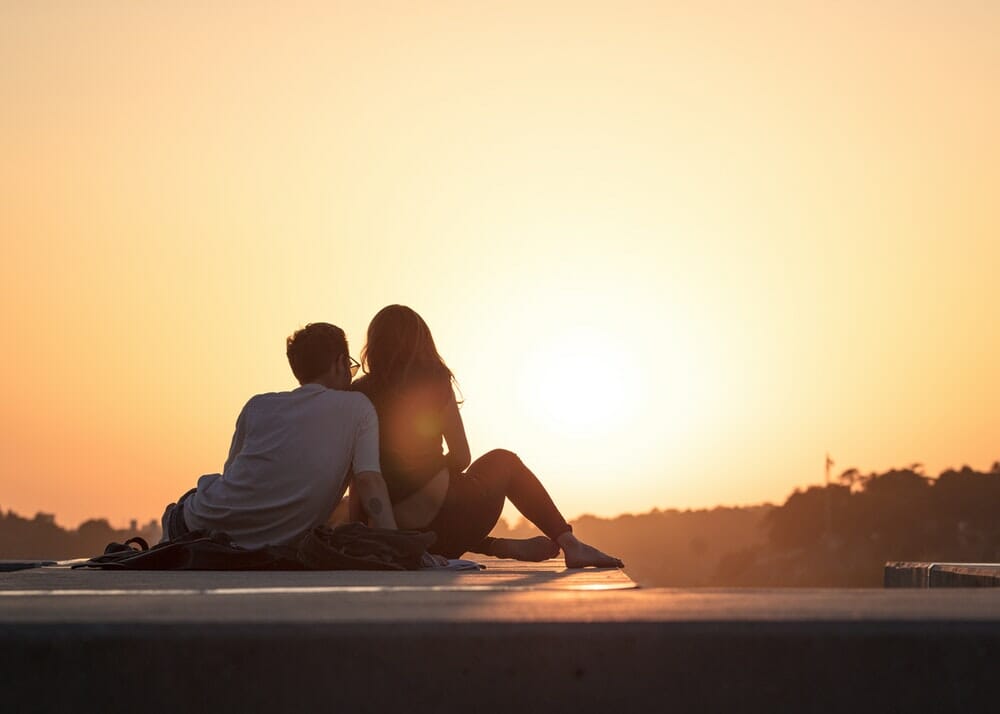 3.Lay Down Some Basic House Rules

Co-habitation is pretty much just like having a roommate (with plenty of other benefits(*wink*). This means that two people who grew up in different households now have to establish their own practices and patterns. You may think that things like how you separate your laundry are small and mundane – but these seemingly small issues can lead to bigger arguments.

Basic rules like turning the toilets lights off after use, doing your own dishes when you snack, picking up after yourselves and placing the remote back into its holder are some examples of rules your partner may expect of you or vice versa. Keep in mind that if one of you aren’t used to it, you may need some time to adapt, so be patient with one another.

When we started living with each other, hubby and I both had bad habits from our days as singletons. He will leave his clothes on the floor, and I would forget to turn switches off. We trained each other by giving constant reminders. There’s give and take, and I learned not to take his admonitions personally or be offended by them, and he doesn’t get offended either. 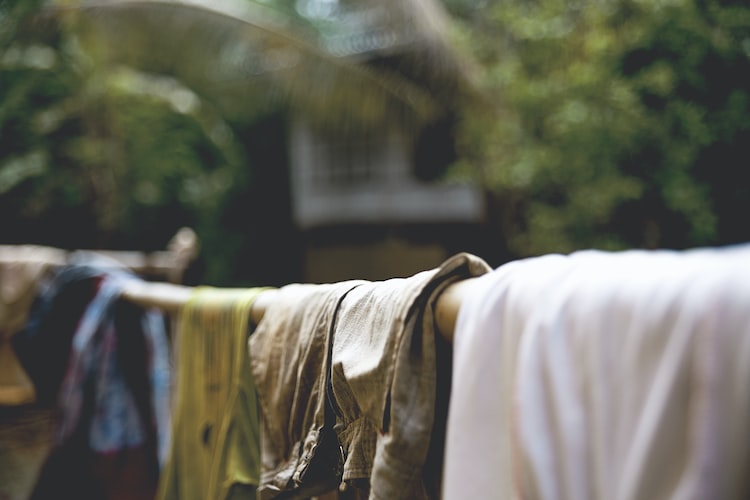 4. Divide up the Chores Fairly

The practical side of any co-habitation is that there will be chores to complete around the house. There will be dishes to wash, laundry to clean, and floors to mop. Don’t leave it to chance or use the ‘whoever sees it first does it’.

Agree on who does what and how often they need to get it done. Most couples both work full time jobs nowadays, so it can’t be just one person caring for the home. There shouldn’t be gender stereotypes such as guys should mow the lawn and women should cook.

In the beginning we used to get into fights because I felt that he wasn’t helping out as much. My mistake was being sullen and giving him the silent treatment, hoping he would figure it out. He never did, so things exploded into arguments, which was when I learnt that he wasn’t lazy – just blur.

Since then he’s taken on a lot more chores, and I’ve learnt to vocalize my request for him to do stuff outside of the routine when the need arises. He takes out the trash and does the laundry, I cook and do the washing up. On weekends we take turns mopping the house and cleaning the toilets.

Believe it or not, money is the leading cause for relationship breakdowns all over the world. Living together means you’ll have to spend on things like rent, bills, and weekly grocery shopping.

Decide whether you want to split the bills, or have each person take care of a specific bill. Also think about whether you want to pool your money for common household costs like repairs, or take turns paying them. This is important so that the financial burden doesn’t just rest on one person.

For me this issue has been (surprisingly) one of the easiest to handle with the hubs, because we’re both just not calculative by nature. This means we pay without counting each cent. Sometimes he spends more, sometimes I do. Although we split home bills and loans evenly, when emergency expenditures come up we take turns paying without the need for much discussion. Usually whoever has a bit more savings that month foots the bill.

Ultimately, it also helps if you’re not calculative when it comes to money. Be generous and completely frank. Always tell your partner if you’re tight on funds so that you can work things out together.

Co-habitation isn’t something that needs to affect your relationship negatively, as long as you’re mature enough to handle issues that come up.

For more articles by Michelle read Surviving Public Humiliation: Getting Up and Moving On and Coming out of the Closet: A Transgender Man’s Experience.