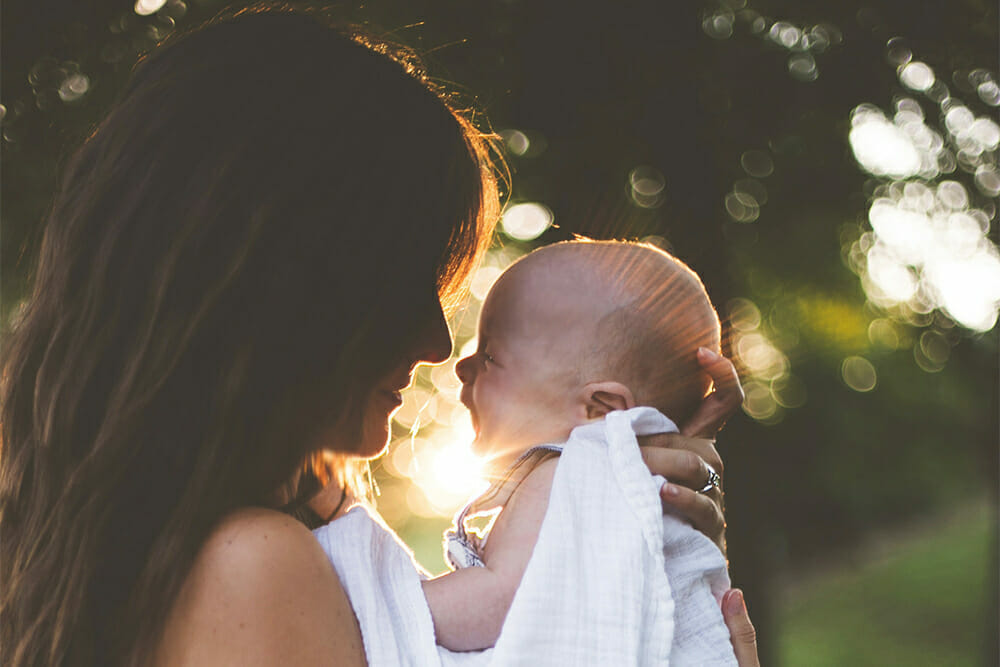 I was the epitome of a single, independent lady – all I wanted to do was travel the world, go for adventures, indulge myself in pampering sessions, and enter running events.

In short, I was having the time of my life.

Being a mother never crossed my mind. Back in those days, I told my friends that I’d be the kind of mother who’d probably forget her baby at the cashier.

Years passed, and then I got married. Almost instantly, I got pregnant.

That fateful night, right before the baby was out, The Hubba and I had our weekly hot choc (for me) and coffee (for him) date. I remembered saying that this might be the last time we’d have it with just the two of us. We got home, watched a movie, and went to bed.

There we were thinking it was just like any other night.

The contractions started around 3 A.M.

Not wanting to alarm the sleeping-like-a-log Hubba yet, I counted the time between contractions and realised – THIS IS IT! THE BABY’S COMING!

We got to the hospital around 5 A.M.

I was ushered into the labour room. Seeing how much pain I was in, the nurses kept urging me to take the epidural. NO FREAKING WAY, I said. I was determined to have a drug-free delivery.

I wanted to teach my unborn daughter that nothing in the world comes easily. She had to fight her way out, and I had to find the strength to let her.

My little Gladiator was born at 10.16 A.M, but strangely, I didn’t cry when I held her. Weren’t moms supposed to cry when they first see their babies? Was that an early sign that I was a bad mom?

The baby instantly latched on to me the first time I fed her. That was a sign that she recognised me as her mom, right?

The first night we spent together was rather confusing (for me, at least). There I was recovering from the delivery. I had no idea if the milk was enough for her, how often I should feed her, or when do I need to change her diapers?

It wasn’t like I could ask her anyhow. Am I doing these things right?

We stayed in the ward for a night before going home for the confinement period. Thus began the tear-jerking (for both of us), sleepless nights (for me), endless eating sessions (for both of us) and diaper changing (for her) episodes.

Now, there are so many things you could read up online, and there is so much that people will tell you – but nothing beats handling your own baby your own way. Those tips help, but not all of them work.

For example, I saw videos about quick and easy ways of putting babies to sleep, which included massages, swaddling them tightly with a blanket, play soothing, waterfall-like sound etc. But none of them worked on mine.

Sometimes she’d fall asleep right after feeding. Other times she’d throw her tantrums and wail like no one’s business – only to fall asleep minutes after.

Sometimes she’d be asleep at certain times and wake up on cue. Other times she’d sleep throughout the night, and I would have to wake her up – which is not an easy task.

Sometimes even the most minute sound could wake her up, but at other times she’d sleep throughout loud noises.

Confused much? You tell me.

Feeding time is tricky as well. She’d go in suckling mode for almost an hour, or sometimes just under 10 minutes. I was told to burp the baby so that I’d know she’s full – but sometimes she doesn’t even burp and falls asleep instead. Surely she’s had her tummy full right, to fall asleep like that?

Sometimes she’d create havoc while latching on the right breast, and I have to change sides (I was told the right side is the ‘food’, and the left side is the ‘drink’.) But how would I know which side she prefers when she changes her mind so often?

Don’t even get me started on bathing time. She could be performing water aerobics one minute, only to cry and wail the next.

Come to think of it, I guess like all first-time moms, I’ll learn about my baby as time passes by. I’m currently exchanging ideas and baby stories with friends and joining discussion groups as well.

Those things help a lot and made me realise there’s no one-rule-fits-all when it comes to babies. They’re all unique and different from one another.

I’m currently getting used to having her around, setting up a routine for her, feeding her on demand, etc. I miss her tremendously when I have to go out without her.

Babies might not come with manuals, these little rebels. I should’ve known that they create their own instructions and rules – we just need to follow them.

By the way, I haven’t left my little Gladiator at the cashier yet.

For more articles like these, read Cool Things About Being a Single Mom That You Didn’t Know About, and Being a Stepmom : 5 Tips on How to Cope with the Reality.

Post Views: 16
Previous Article5 Simple Ways to Power Up Your Day in Less than 30 MinutesNext ArticleIf Malaysian Waiters were Honest, Here’s What We Would Say to Our Customers

Nazmie Nureen
This once-a-sceptic-of-marriage Saggitarian finally got hitched and recently became a mom. She still craves on adventures all around the world, and now she has a few kindred spirits to share them with. She runs. And dreams. A lot.
Read More Stories
[wprpi by="category" post="5" excerpt_length="0" thumb_excerpt="true"]