I Faced Discrimination At Work For My Bipolar Disorder, But Through Being An Artist I’m Much Happier Now 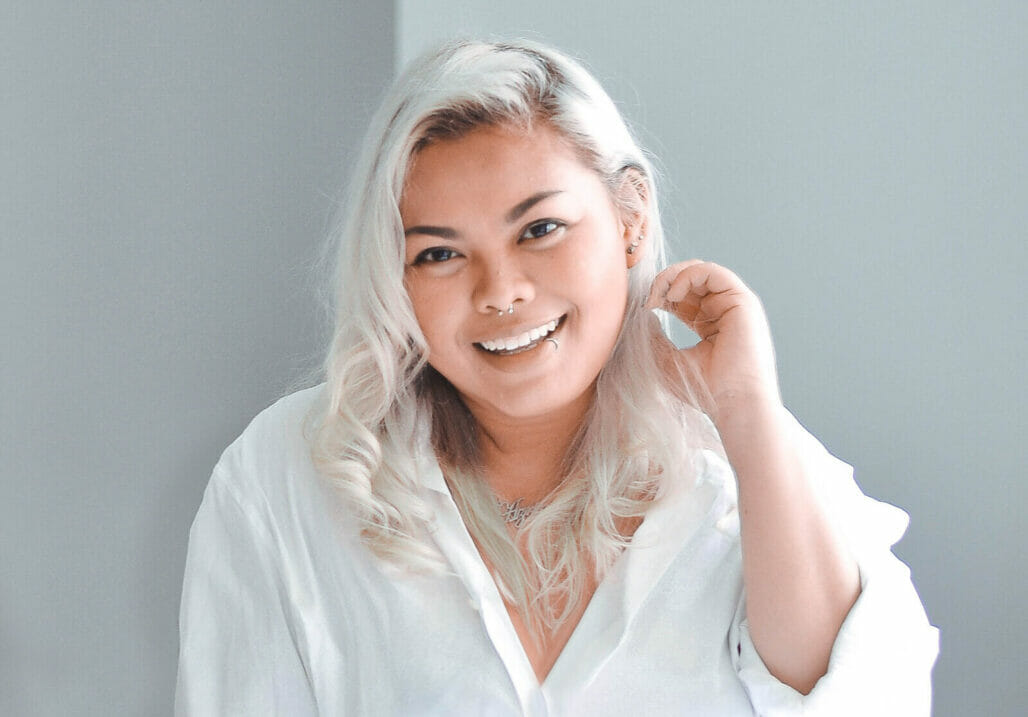 How it all began

I was first diagnosed with Dissociative Identity Disorder (DID), and years later Bipolar Disorder, followed by Borderline Personality Disorder (BPD).

I did not seek professional help early on — I was afraid of being labelled by the stigma surrounding mental illness in Malaysia.

Actually, I was first diagnosed because my friends were the one who took me to the hospital after a bad episode.

After I got professional help, I was extremely transparent and forthcoming with my employer. I told her I’d need to go for my psychiatry and psychotherapy appointments.

It wasn’t an issue at first… Then she started putting a target on my back.

“It doesn’t look good on me when you don’t enter the office,” she’d say, even though I was on top of all my responsibilities and was performing well.

Soon, my relationship with my boss took on a toxic dynamic. All of this was detrimental to my mental health. Finally, I quit. Between my mental health or my job, I had to choose the former to look after my mental stability.

After all, what is the point of keeping your job if your mental health worsens to the point where you can’t focus on work, therefore losing your job anyway? 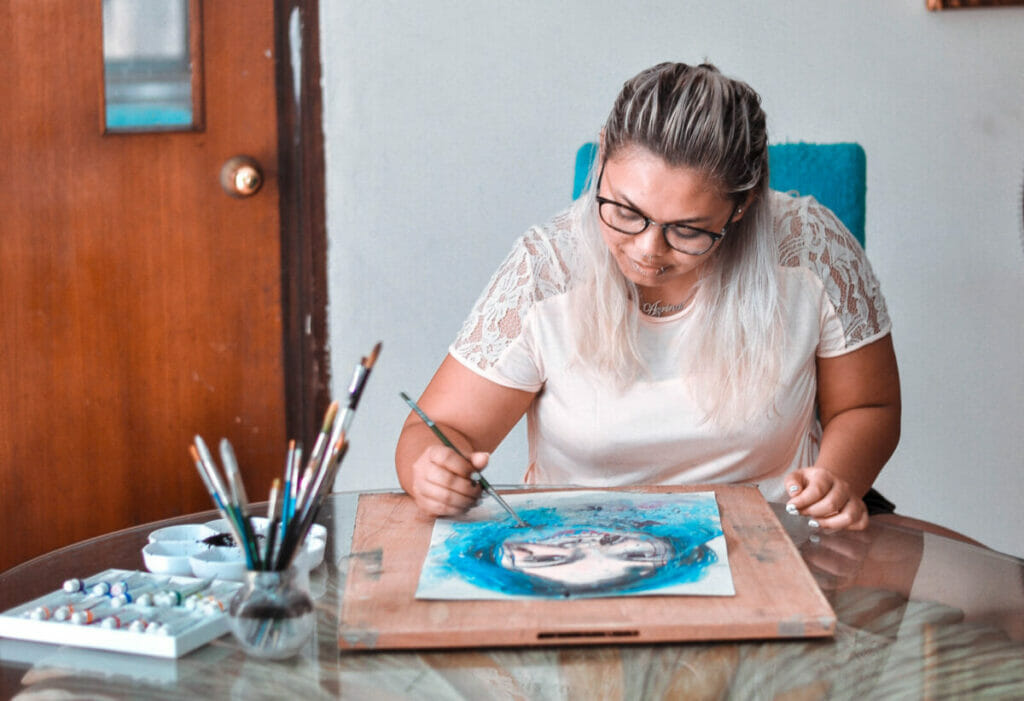 “Certain emotions, certain feelings can’t quite be put into words and I found art allowed me to speak without words.” – Azrina

Being in denial made me resort to certain detrimental habits. I hung out with a crowd who enabled them, which made recovery difficult.

The effects of those habits overshadowed my symptoms; people were not aware they were actually symptoms because it just looked like I was ‘in the zone’.

When you’re in with the wrong crowd, they tend to enable certain behaviours because it’s ‘fun’.

In 2019, I was having a really bad year. I started hearing voices in my head, and I had episodes constantly.

It came to a point where I had to be hospitalised, and the doctors reshuffled my medications.

When I came out, I realised who really cared about me, and who didn’t. I learnt from then on, that who you keep around you is very crucial to your recovery.

Good friends don’t make you feel bad for going through your episodes. They just show up, are understanding, compassionate, don’t judge, and are just human to you.

Through this experience, it allowed me to see who my real friends are.

I could have been more transparent with my diagnosis 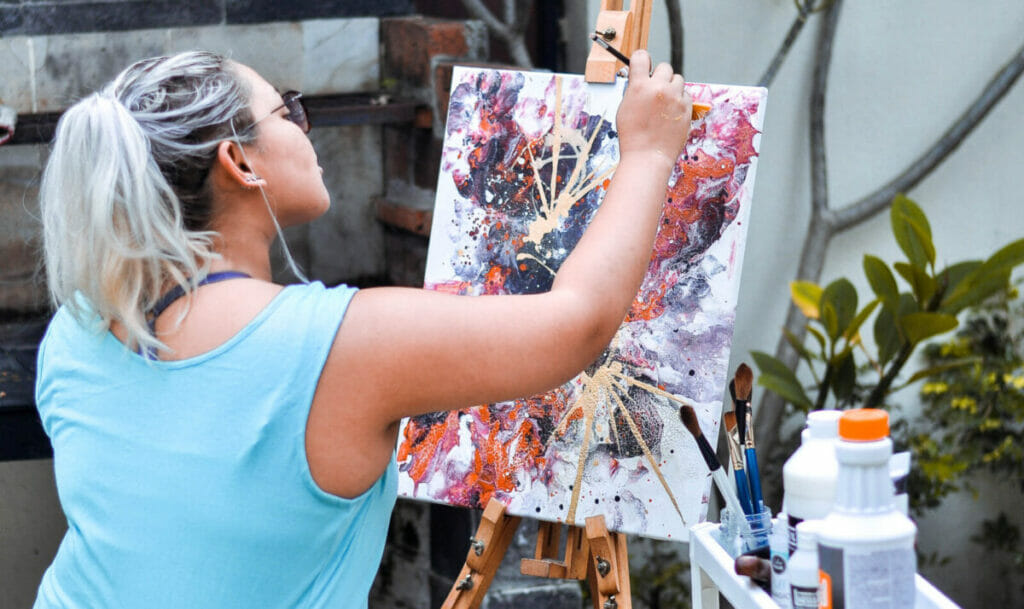 “My paintings are split into different series that each tell its own story. They’re a collection of stories brought to life by the emotions and feelings associated with my episodes.” – Azrina

As for family, it took years of suffering behind their back before they knew.

My mother had a difficult time processing the news, but came to acceptance and is trying her best to do what she can to help me cope with my condition. I’ve been transparent with everyone around me regarding my condition ever since.

Looking back, I could’ve been more honest about my condition and gotten professional help earlier on instead of dealing with it my own way.

I also would probably have made better decisions on a lot of matters.

Being on a manic episode, a lot of the time, I tend to overestimate my own capabilities.

Sometimes I say yes to more things than I can handle, and when I can’t meet those expectations, it damages my credibility and self-confidence. 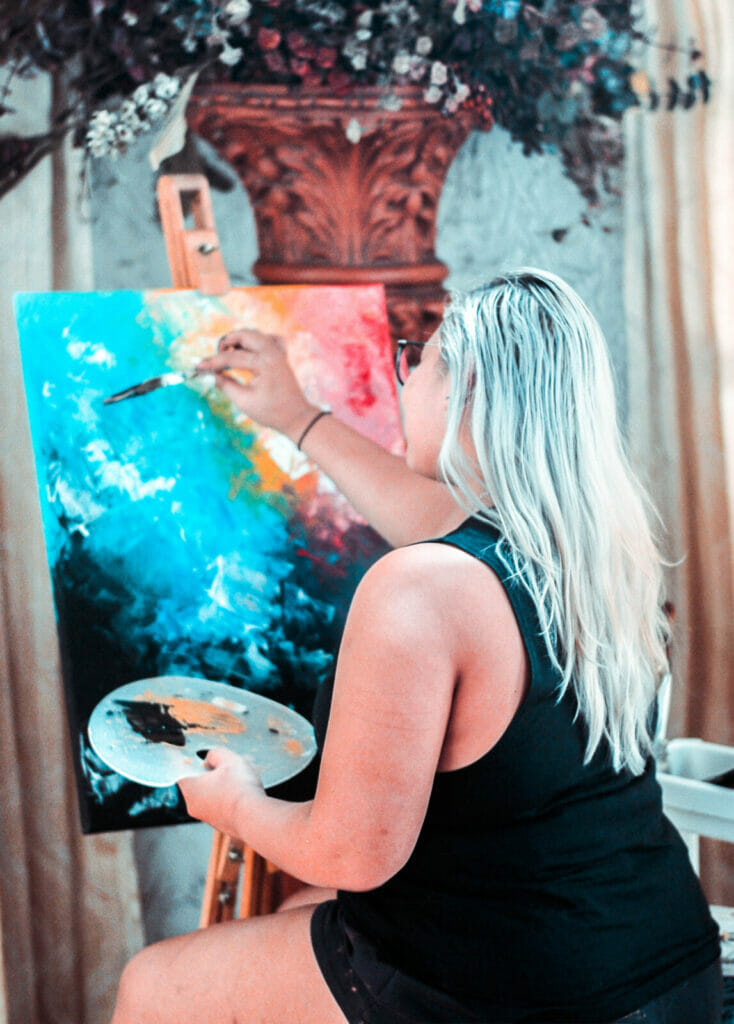 “I’ve been artistically inclined from a very young age but it wasn’t until I was first diagnosed with DID that I realised its therapeutic effect.” – Azrina

Sometimes people generalise mental illnesses, like “What real difference is there between Bipolar Disorder and Borderline Personality Disorder anyway?”

With every mental illness, you have to look at it case by case. For example, Borderline Personality Disorder intensifies every feeling I have, if I’m happy, I’m really ecstatic, if I’m disappointed, it feels like my world has ended. It’s extremes of emotions that I have to pull myself back.

With Bipolar Disorder, I’m either in a state of euphoria or dysphoria. The thing about BD is that I can be in a manic episode and then only realise I was in one when I’m out of it. So every day, I have to constantly stay realistic.

But for someone else, they could show it completely differently. We may not get the same episodes, we may not even go through the same type of emotions.

Maybe there’s that 1% who can’t control themselves and can’t function at work, but the 99% can absolutely still be productive members of society with the right support.

While 4 out of 10 Malaysians will deal with a mental illness, only 2 out of 10 get treated, and the other 2 don’t realise they have it.

The backstory to “Blessing In Disguise” I named this piece “Blessing In Disguise.”

Back in 2019, I had hit a dark place: I was still not medicated, my job was getting more and more stressful, there was a trigger every single month. Financially, I couldn’t balance my expenses, and to top it all off, I was broken up with.

Through that dark time, I went through a phase of self love. I started losing weight, going to the gym, I started doing better at my job.

Yet every single thing I was doing that was good for myself, it was done for the wrong reasons.

I started doing better at my job not because I enjoyed it, but because I just got better at doing something I disliked.

I went out socialising a lot more and it looked like I was making more friends, but it was all because I just didn’t want to be alone.

Everything I did was actually just masking what I didn’t want to face. The truth was that no matter what I did, I was still deeply unhappy.

When all these things came down crashing on me, even though I got all that happening was bad—  at the end of the day I came out on the other side. So now that I think about it, it was a blessing in disguise.

Why I started Shifting the Paradigm 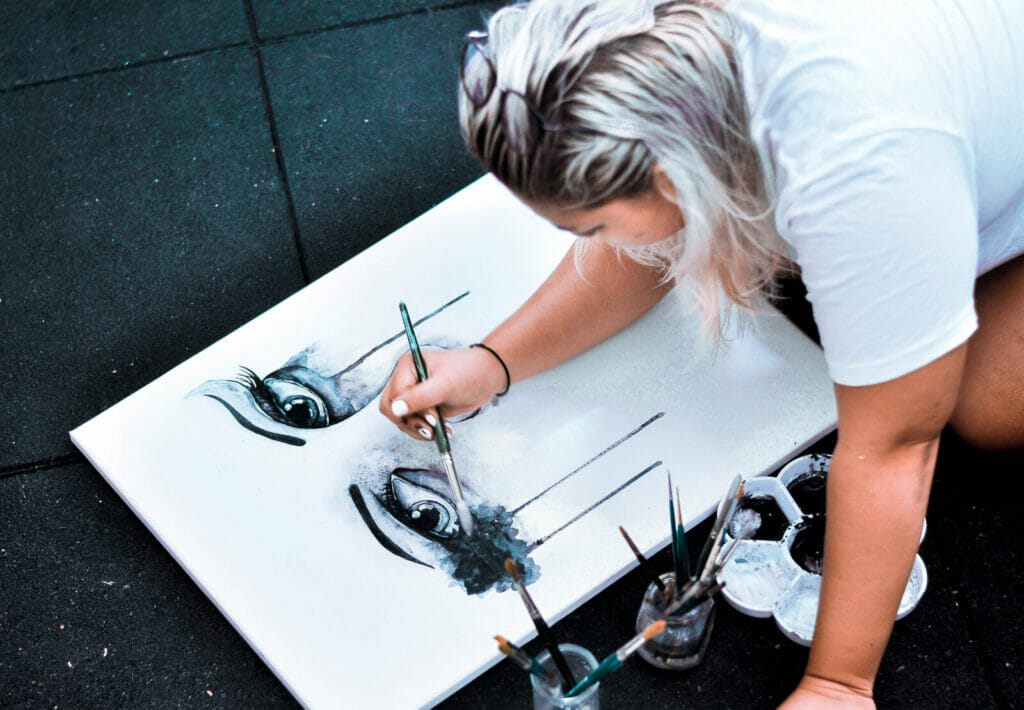 In comparison to a few years ago when I was first diagnosed, I’m a lot more informed on mental illness and in tune with what others are going through.

It spurred me on to embark on a campaign to raise awareness about mental health — Shifting the Paradigm.

I only got professional help rather late in my journey which is why part of the Shifting The Paradigm campaign’s message is to seek help early on.

Yes, I’m still very much in the midst of my journey. Dealing with my conditions are part of my everyday life.

But the biggest issue that people with mental health conditions face is ignorance of society.

If we don’t speak about it, we won’t have the opportunity to understand it.

You can learn more about the Shifting The Paradigm campaign here.

For more stories like this, read: Attempted Suicide: How Three Days in the Intensive Care Unit Changed My Life Forever and A Balloon Popped, And My Friend Had A PTSD Meltdown — If You Love Them, Learn the Triggers. 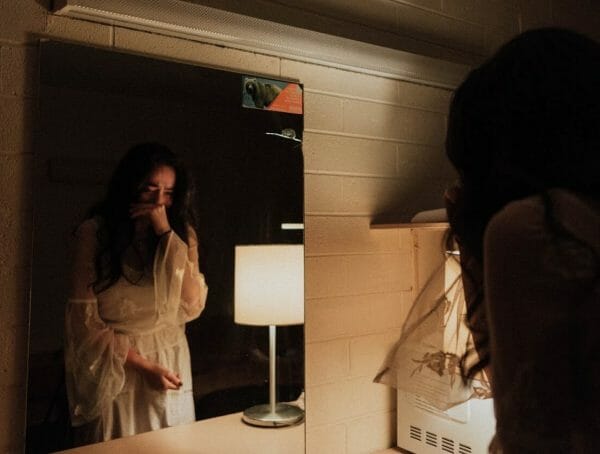 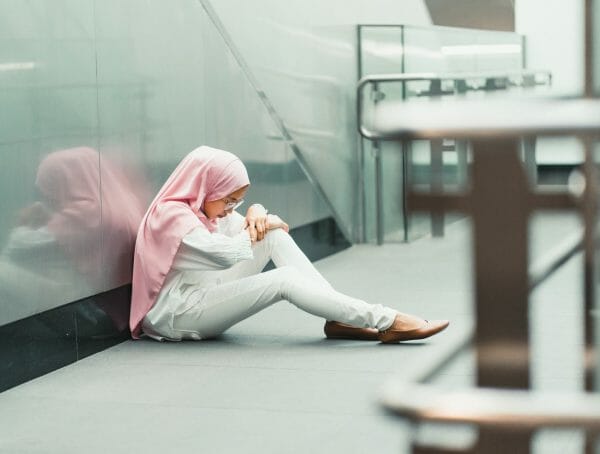 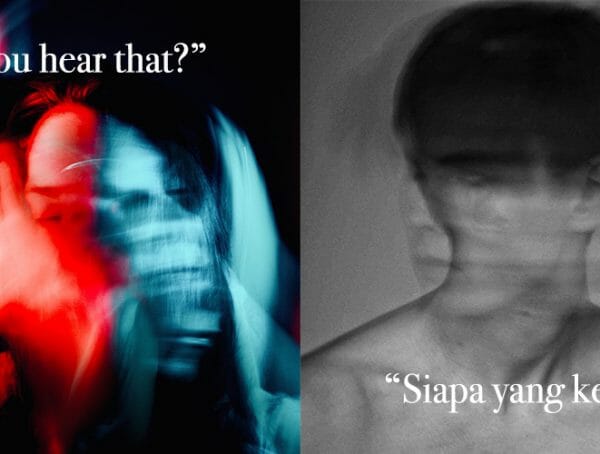 Malaysian Psycho(sis) – I Hear Things That Aren’t There, Here’s What It’s Like

Psychosis is made up of hallucinations and delusions, a loss of touch with reality. As for myself? I hear things. 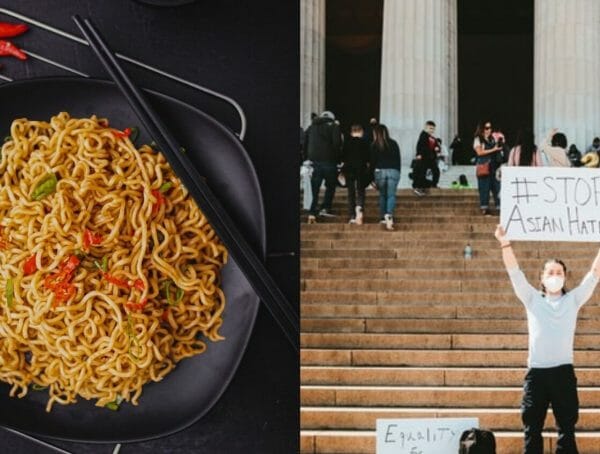 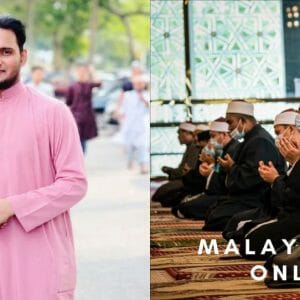 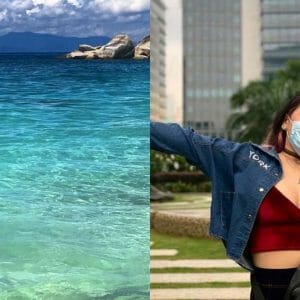 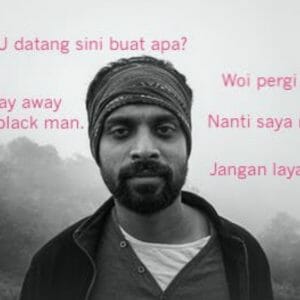 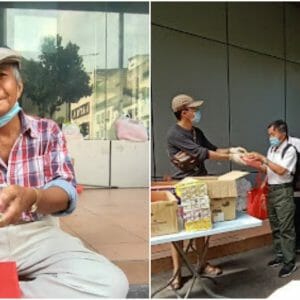