SESO began planting its roots only two years ago, but the seed of its inception began when Shiwen Tan was overseas in the UK studying for her law degree.

What a homeless man did moved her and changed her life

While at a house party in the middle of December, she was getting rid of the excess food when she came across a homeless man standing across the street from her.

“I recall he was nearly naked, without even a jacket to ward off the winter cold, because he had given it to his dog who was with him,” she told me.

Shiwen approached the man and gave her the food she was throwing away — but instead of wolfing it down, like she thought, he gave it to his dog companion. 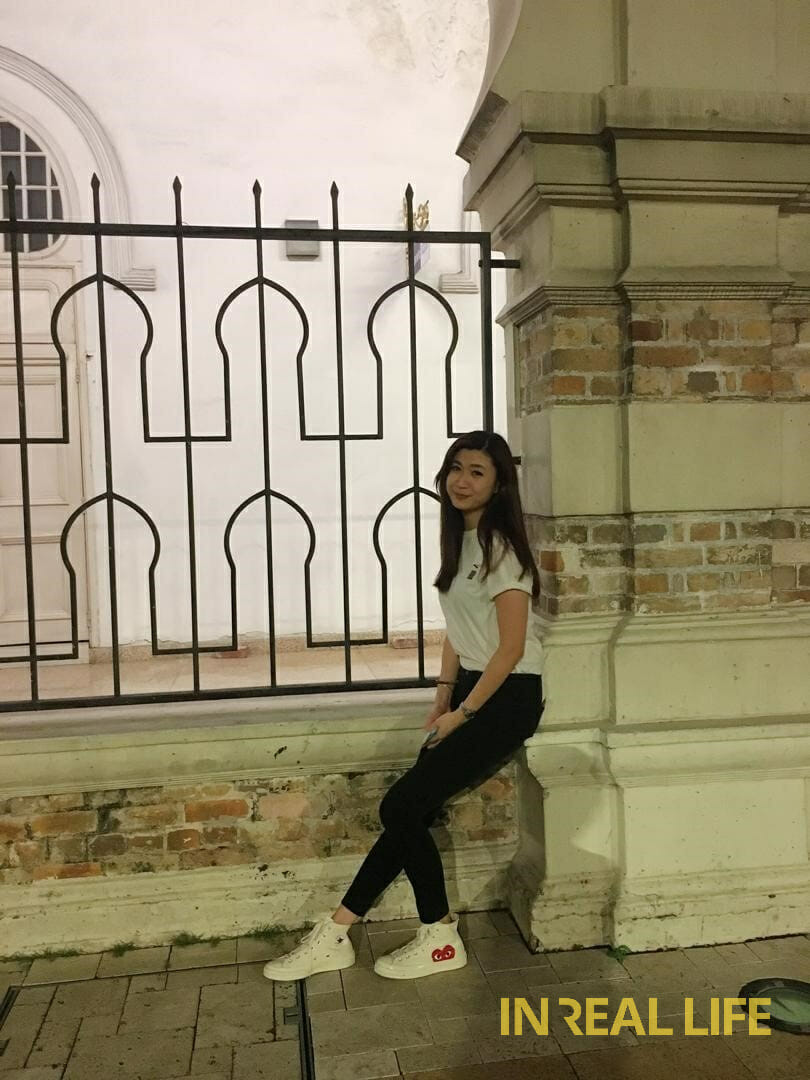 “I was deeply moved. Here was a man who had literally nothing — but with what little he had, he gave it away to another living being. If a homeless man could be so selfless, what right do I have to throw perfectly good food away?”

That was her turning point. Since then, Shiwen has kept a fire in her heart to do something — anything — that would help save food and help underprivileged folk.

She volunteered at food shelters, but they were going by-the-numbers. 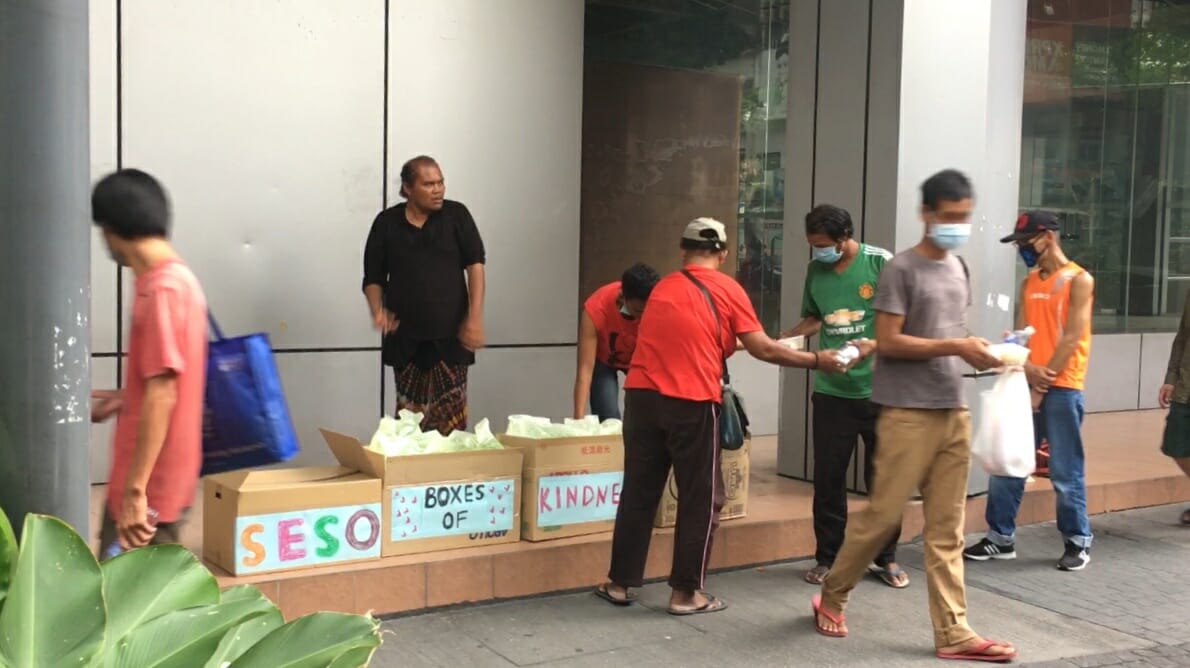 Shiwen decided to volunteer in the existing food shelters in Malaysia, but each of them had their own share of problems — all heart-wrenching and sad.

Furthermore, the food shelters and soup kitchens were focused purely on numbers. “It was all about how many homeless they could feed day-by-day,” she said.

But Shiwen had other plans. There just had to be more to it than simply filling people up with food and sending them on their way.

Why food wastage is a huge problem

“Did you know that we waste more than 16,000 tons of food every day in Malaysia?” Shiwen said. “They go to landfill, which ends up creating methane emissions, leading to global warming.” 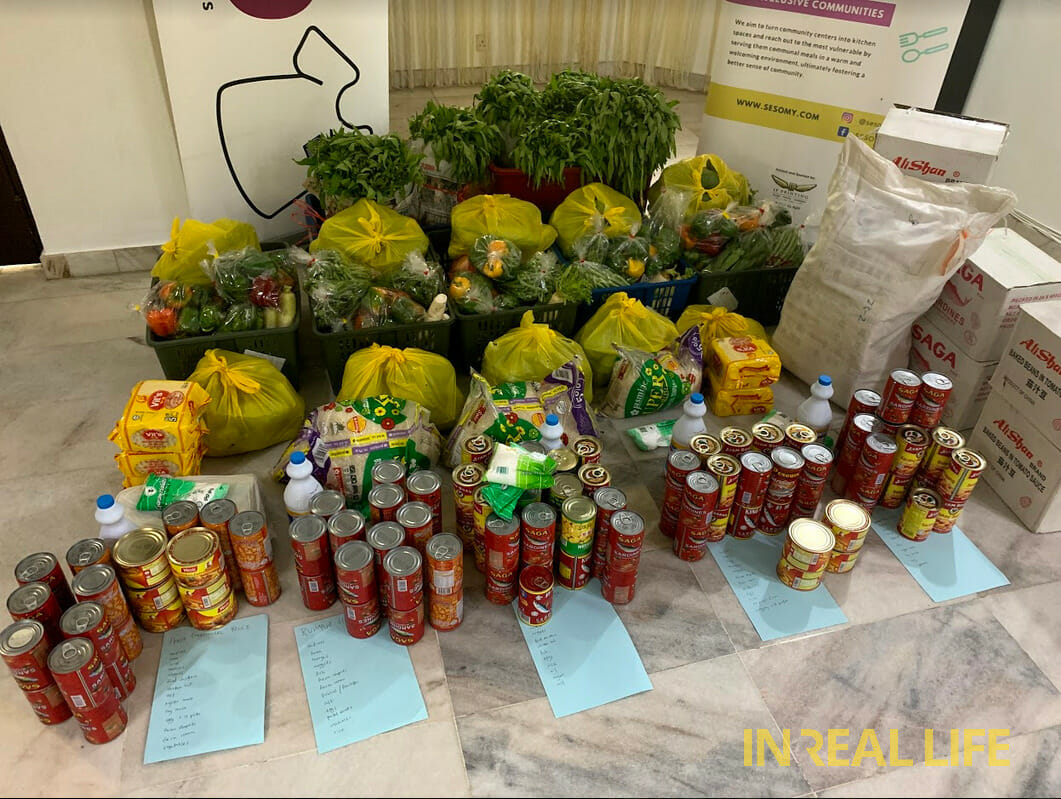 [This food is perfectly good, but still thrown away on a daily basis.]

It turns out that Malaysia is very wasteful when it comes to food — supermarkets get rid of up to 20% of perfectly good farm produce before it even hits the shelves, simply because it is “ugly”.

One of the challenges SESO faced was getting most companies onboard with the idea of donating waste food.

“The biggest scam in the food industry I feel is the best-by date,” Shiwen told me.

The “Best-before” date just means that taste-wise, you should eat it before that date. It has nothing to do with the expiry date.

“It was a way for companies to avoid lawsuits from people complaining that the food didn’t taste as advertised. But from an edibility standpoint, they are no different,” Shiwen says.

People shot down her ideas to help the homeless 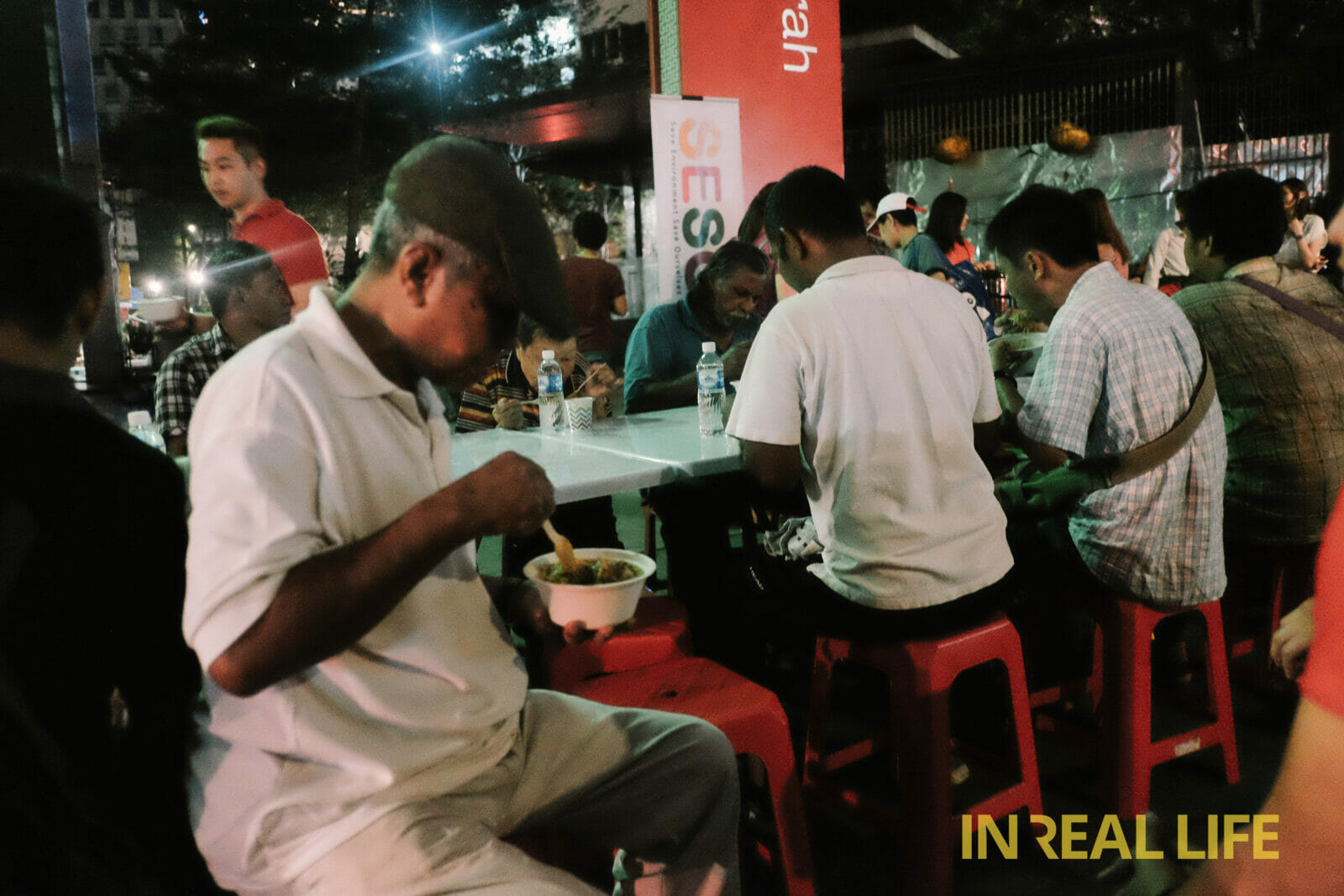 When Shiwen pitched the idea of setting up a community, the deal was shot down, with people saying there would be no interest.

“I wanted a place where the homeless, the refugees, and the B40 could feel like they could have fun and be happy sharing a meal together, at least for a while,” she said.

But she was undeterred. And that was how SESO, (Save Environment, Save Ourselves) was created.

The secret to cooking for 40+ people is using pots

“At first, I started by serving food like 40 fried eggs for 40 people — I’d make each individual item on a plate, just like a catering service,” recounted Shiwen.

But soon enough, it was impossible to keep up especially with the growing numbers. So she switched to large pots over individual plates.

“Now we only cook things that go in pots — curries, soups, stews, and pair them with a base — usually rice or noodles and a side of vegetables,” she said.

Shiwen started out as a one-woman show. Now she is helped by a team of 10, plus volunteers filled with university and college students. 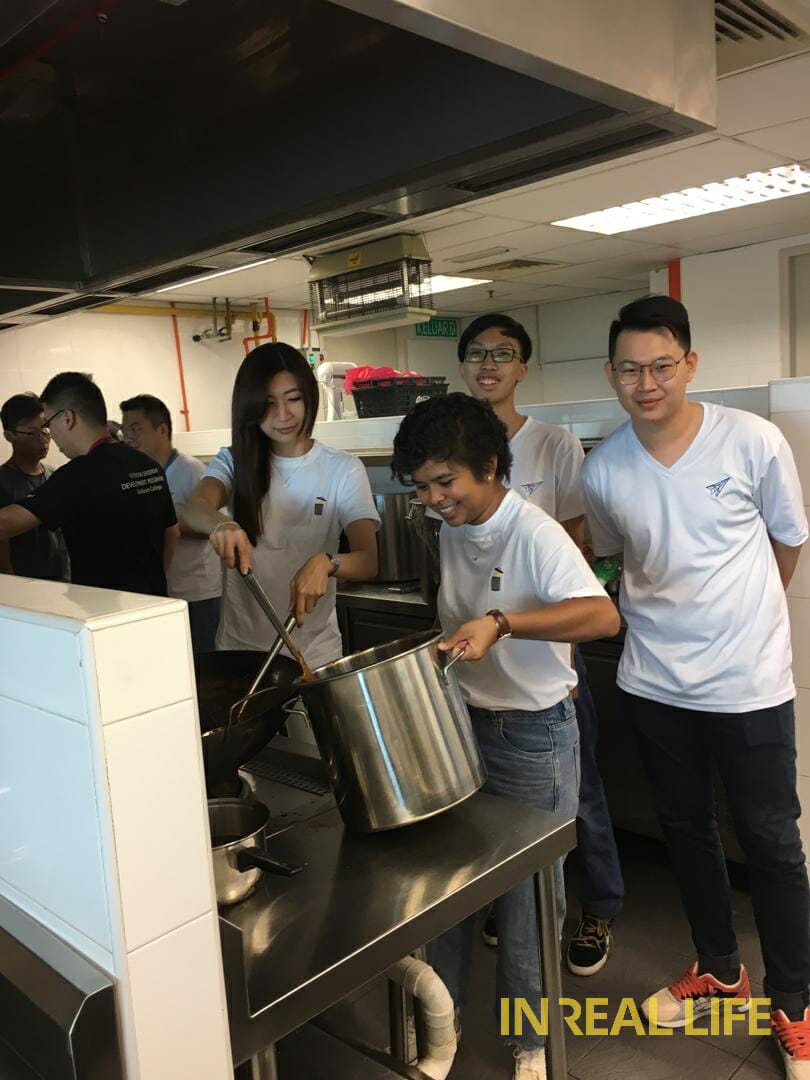 [Shiwen, left, with three student volunteers in the kitchen.]

Every week, SESO’s menu changes depending on what is donated to them. Sometimes it can be 500 packets of curry paste, other times it can be 120 bottles of teriyaki sauce.

“One time, we answered a call to an abandoned shoplot in the middle of PJ. The new owner had just moved in, and stumbled upon rows and rows of noodles. That day, we never wanted to eat a single bowl of noodle ever again,” she joked.

“Food from functions, events, which are already cooked, are a live site for bacteria and we try not to take them unless we can ensure its safety for consumption. The same goes for meat as the freshness of these foods can’t be judged with the naked eye,” Shiwen said.

SESO buys its own meat fresh, using the donations and funding it receives. The best foods are though with a longer shelf life — canned food, dry foods like crackers — and raw vegetable produce. 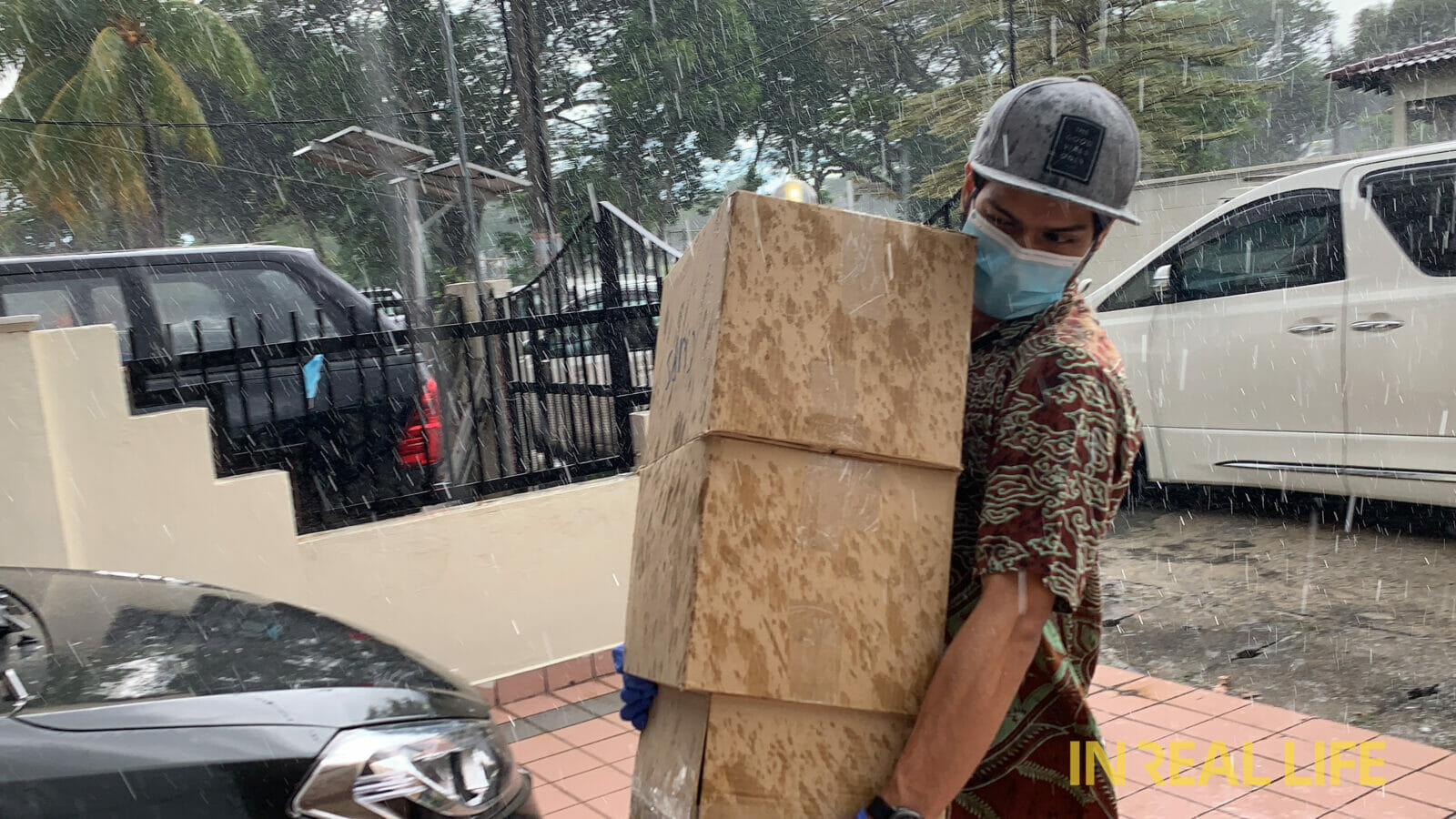 [The biggest challenge SESO faces is logistics and manpower.]

“With our numbers, we’re really only scratching the surface of how much food can be repurposed. There’s food that’s being thrown out in other parts of Klang valley that are too far for us to collect,” explained Shiwen.

How SESO makes a difference

Despite these challenges, Shiwen says it’s all worth it when she watches the people come in and sit down, their faces lighting up as they meet her and the other volunteers.

Public perception is that charities are just giving the poor a free meal. But the people that come to the Feeds (meet-ups where SESO distributes their cooking) come from all walks of life.

“When I heard each of their individual stories, my mind was opened to the fact that they aren’t all drug addicts and alcoholics,” she said.

There were salarymen who lost their jobs in the recession; youths who were orphaned at a young age; women and men with a history of mental illness.

With SESO, there is no need for guests to queue. They serve a 3-course meal right to the guests’ tables: A starter, main, and dessert.

It’s no 3-star Michelin restaurant, but people linger and chat over their food. And then something special happens.

“They started to open up to one another. They were sharing their stories of pain and loss. Some would even stay back after the event concluded, unwilling to leave.” Almost without realising it, SESO had started a community. SESO’s philosophy is simple: “In the process of saving the environment, we improve humanity — and in the end, we save ourselves.”

Currently,  SESO’s F-series is underway, a community project that engages SESO’s beneficiaires using ugly produce and they’re branching out to preserving foods, pickling and making veggies and fruits into jams and juices.

Here are Shiwen’s tips for creating a less wasteful Malaysia:

Food waste is a huge problem that can be solved by a change in mindsets. All it takes is a willingness to try something different.

Don’t overbuy — one of the biggest sources of food waste is throwing away the food in your fridge.

Learn proper food storage techniques — for example, use ziplock bags to separate food, because different vegetables spoil at a different rate. Put meat on the lowest shelf to avoid leakage.

Compost your food waste —  separate your waste into recyclables and a compost bin. Your organic waste will turn into fertilizer, instead of going to landfill.

“What I hope for causes like SESO is that it helps change the perspectives of Malaysians,” says Shiwen.

For more stories about social enterprises, read:  3 Life Lessons I Learnt When I Started Working With Refugees — By Suzanne the Storyteller and We Were Three Uni Students Who Became Accidental Food Entrepreneurs. This is Our Story. 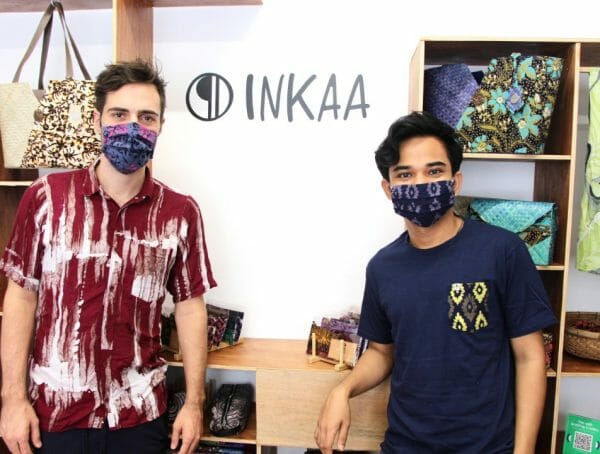 Editor Picks Real Skills
How We Started A Batik Brand That Empowers Malaysian Local Artisans, Refugees and People with Disabilities