The LGBT community has always been derided by members of the public for their lifestyle choices. Much of this negativity stems from misinformation, misunderstanding, and unfounded fears.

One of the groups under the LGBT umbrella are gender-fluid persons or genderqueer persons. These are individuals that don’t identify with the normal male or female gender profiles. Some adopt both gender profiles at once, while others switch between them in a fluid manner.

Surprisingly (or not), gender fluid persons can sometimes earn derision from within the LGBT community itself. They’re considered ‘indecisive’ or ‘taking it too far’.

I sat down at a busy banana leaf restaurant with my friends Chris and Mel to talk about, well, them. They’ve been together for two-plus years now.

Chris is genderfluid and absolutely adores Indian banana leaf rice (hence our choice of restaurant that evening). She tells me she identifies as female most of the time. “It depends on how I feel. Most of the time I identify as female and play with ‘girl’s toys’ but I sometimes I like very ‘manly’ hobbies too.”

“Well, I love pretty clothes that are feminine, fluffy and soft, plus I love playing with makeup.”

This makes me giggle because I know that Chris has a black belt in Taekwondo and has taken up plenty of martial arts since then. Right now, she’s even taking lessons in long sword combat and Viking Shield combat (I didn’t even know they had these types of things in Malaysia).

Next, I posted the same question to Mel, and she is quick to say “Well, gender is just something on paper. Deep down inside I’ve always never felt comfortable saying I’m either one.”

Chris tells me “We met each other at a Love Live event. We sat opposite each other during dinner time after the event and started chatting. Later we added each other on Facebook. I began telling Mel about my situation. How I had problems having a girlfriend because none of them could really accept my gender situation. Then she confessed that she always wanted to date girls but no one could accept her either. So then I realized, OMG, we’re the abandoned ones” she laughs. 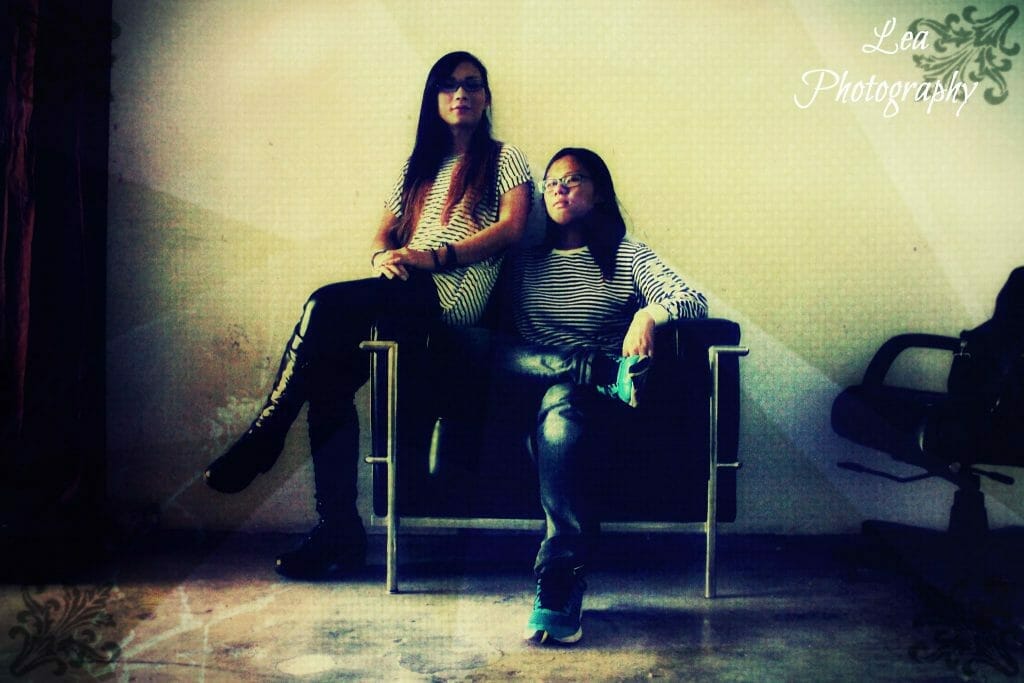 “It’s very easy for us LGBT people. We know exactly what we want in our other half and if all the terms are met, we’re on” she adds. “So a week after I met Mel, I ‘jio’ her out and our first date was at a Pasar Malam.”

So, why did Mel say yes? “I didn’t exactly say yes or no. We just clicked. I felt so compatible with her and when she asked me out I just accepted.”

Do you guys fight? “We don’t really fight over anything big. It’s more of disagreements. So far we’ve been able to work things out.” says Chris.

Has there been any opposition from your families? “Actually my family doesn’t even know about my gender fluidity. We just don’t talk about these things. They only know that I like wearing boyish clothes and there was a time that I cut my hair really short.“ says Mel.

“When my family met Chris, my Dad was actually happy that someone actually wants their daughter even though she looks like this” she laughs while pointing at herself. 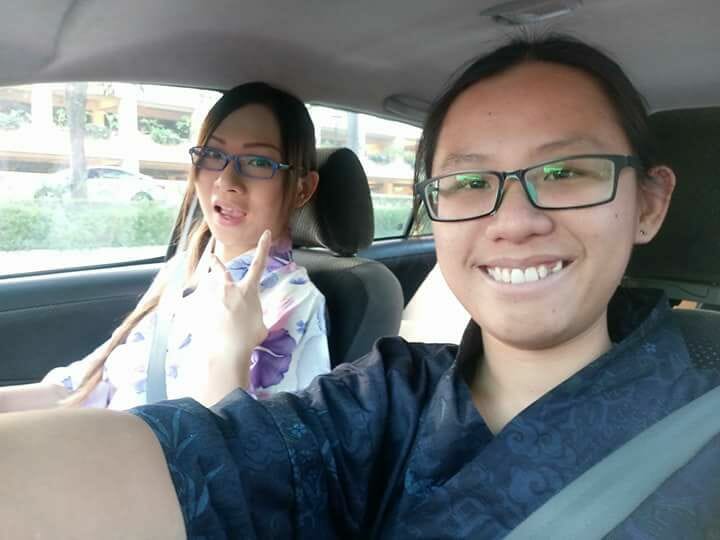 Chris and Mel on the way to Bon Odori ( Credit: Chris’s FB)

Self-deprecating humor aside, do they see any challenges ahead for the relationship?

“Well now maybe we see some issues on how we want to present ourselves during our wedding. Our parents would want a traditional style ceremony (which we’re not really comfortable with). In a worst case scenario, we would just sign our marriage certificate and be done with it, if we can’t work something out” says Mel.

“But whoever is reading this, you’re invited to our wedding dinner if we manage to throw one!” adds Chris with a huge chuckle. “Other than that, we face financial issues. We haven’t achieved financial freedom yet. We want to be able to afford a house of our own.” she adds.

Do you both have anything to say to conservative people who are against this type of lifestyle?

“Well, be more open-minded” says Mel. “I hope they mind their own business” interjects Chris. “Not everyone likes the same food you like. Sometimes people like some weird dishes you don’t doesn’t mean that it’s wrong.”

“So far the people around us have been good to us. They don’t treat us differently. I think it’s just the people who don’t know us that make all kinds of judgments” says Mel.

“Is there one person that’s more dominant in this relationship?” I ask, and Mel’s hand immediately shoots up and points at Chris.

“No, no, actually we’re very democratic. If it’s something I know I will lead, if it’s something she knows, she will lead” says Chris. Mel doesn’t seem very convinced but she adds “No matter what, Lao Po (Wifey) is number one.”

Finally, I wanted to know what their hopes are for LGBT couples in this country. “To be able to change our gender officially,” says Mel. “I’m hoping for more creative fields to open up to LGBT people because I feel we have a different way of looking at things” adds Chris.

“I also want gender discrimination at the workplace to be gone, especially dress code regulations. People should be able to wear what they like, as long as it’s professional and presentable.”

For me, the whole interview just reinforced my belief that LGBT couples are just like regular couples. They face the same ups and downs, just like the rest of us.

For more articles by Women of Malaysia: What Turns You Off Instantly About A Guy? and 5 Ways of Dealing with Rejection When Your Crush Rejects You