“How Did You Meet?” 3 Malaysians Share The First Time They Met The Love Of Their Life

Love is in the air – Or it’s the scent of roses and chocolates as Valentine’s Day is just a few weeks away. With quite a few Valentine-themed events and activities cropping up, IRL sent one of its writers out to poke his nose in and ask three very-much-in-love couples one question: “How did you meet?”

From Oblivious to Happily Ever After. 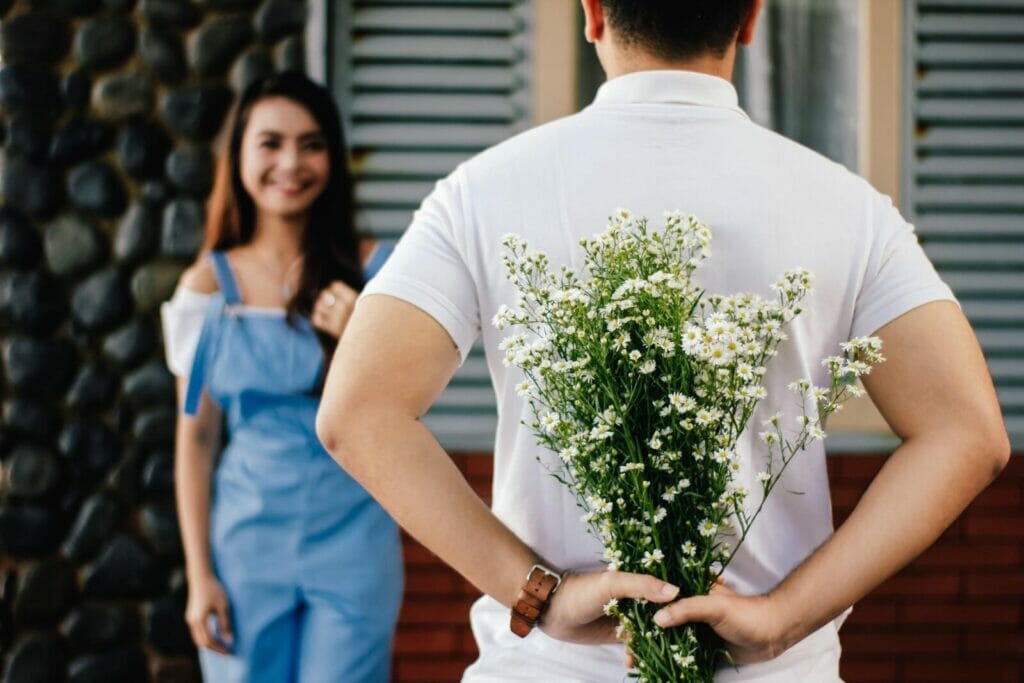 Photo by vjapratama from Pexels

“We worked together. I wasn’t really interested at first. She seemed a bit stand-offish and distant. Then one day after work, she stayed back and hung out talking to me. I invited her to a mamak with some friends the next day. She said yes and, looking back, she was very touchy-feely with me. I was oblivious.

One of my friends suggested that we should go see a movie together and she again said yes. During that movie – Kingsman 2 – she sat next to me and snuggled up close. I was still oblivious. After the movie, we hung out at yet another mamak. She held my hand while we just talked about anything and everything.

She was cold and asked me if she could borrow my jacket. It was pretty late, and cold, and I did. Then she told me that she would give me back my jacket when I figured it out. I took her home, and I didn’t get my jacket back. I was still oblivious.

It was when I got home, and I got to talking to another close girl friend of mine, and she would have hit me through WhatsApp if it was possible for not asking her out. So, I called her up and she said yes.

We’ve been together for about 2 years now, and We’re planning to get married next year – something I’m not oblivious to.

Michelle and Danial had an extrovert friend. 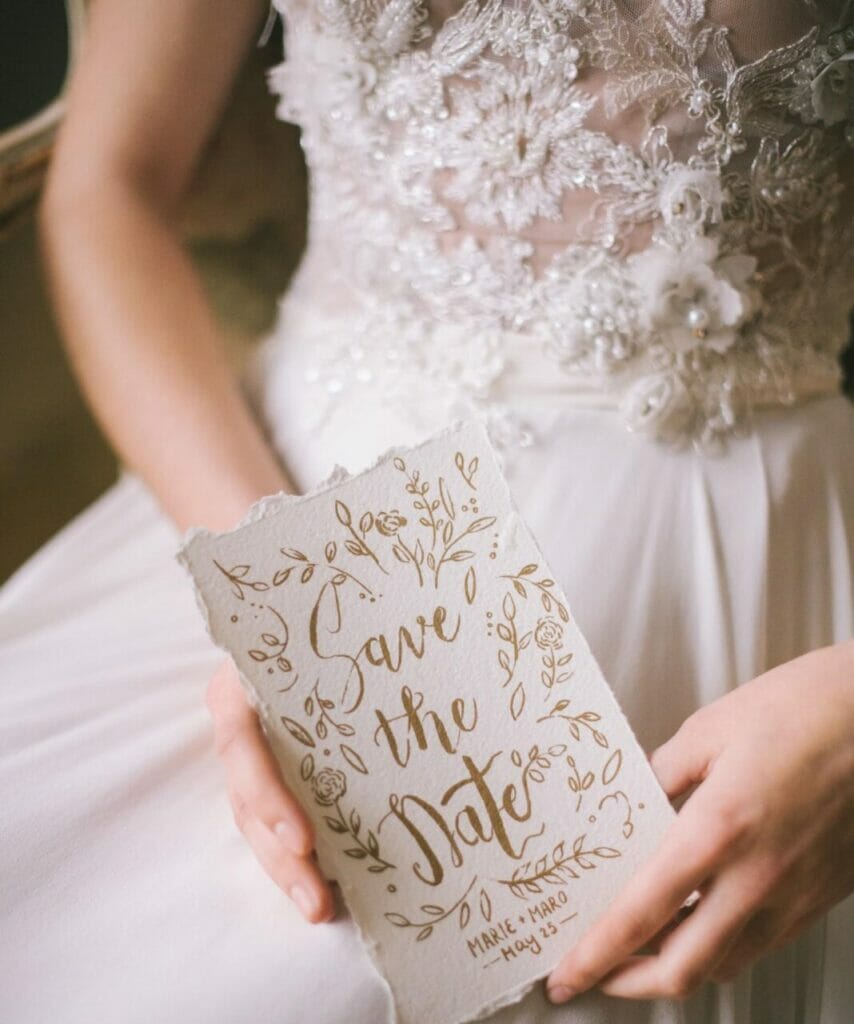 Photo by Olya Kobruseva from Pexels

I had an extroverted friend, Tien-Yi. I mean really social, outgoing, and perhaps a little bit hyperactive. I’ve had a crush on her forever. We were university course mates back in 2015, and as the quiet introvert, I always felt that she was out of my league.

Tien-Yi dragged me out for coffee one Saturday afternoon and suddenly said, “Hey! One of our Juniors is doing an internship and stays near here! We should meet up with her!” It was just like her to know everyone, and what they were getting up to. I went along with it.

Michelle was the quintessential nerdy, geek girl. Shy, introverted, and a little bit awkward.  We were both in IT and software programmers in training. We found that we have shared common interests in gaming, movies, and fandoms including Harry Potter, and Game of Thrones.

I could talk code and programming with her, and she totally understood what I was saying, and my problems and frustrations when things didn’t compile right. She asked me what else I do for fun, and said, “board games,” her eyes lit up like Christmas had come early.

Suddenly, I was spending a lot more time with Michelle, and Tien-Yi, just…faded out of the romantic part of my life.

Tien-Yi went overseas to do her Masters in 2019, and the last thing she said before we both saw her off at KLIA was, “Promise me you lovebirds won’t get married without me!”

She should be back in Malaysia later this year, and when we meet up, it’s going to be a lot of fun, telling her that we kept our promise and that Michelle wants her to be the maid of honor!”

From Mutual Hostility does Romance Bloom 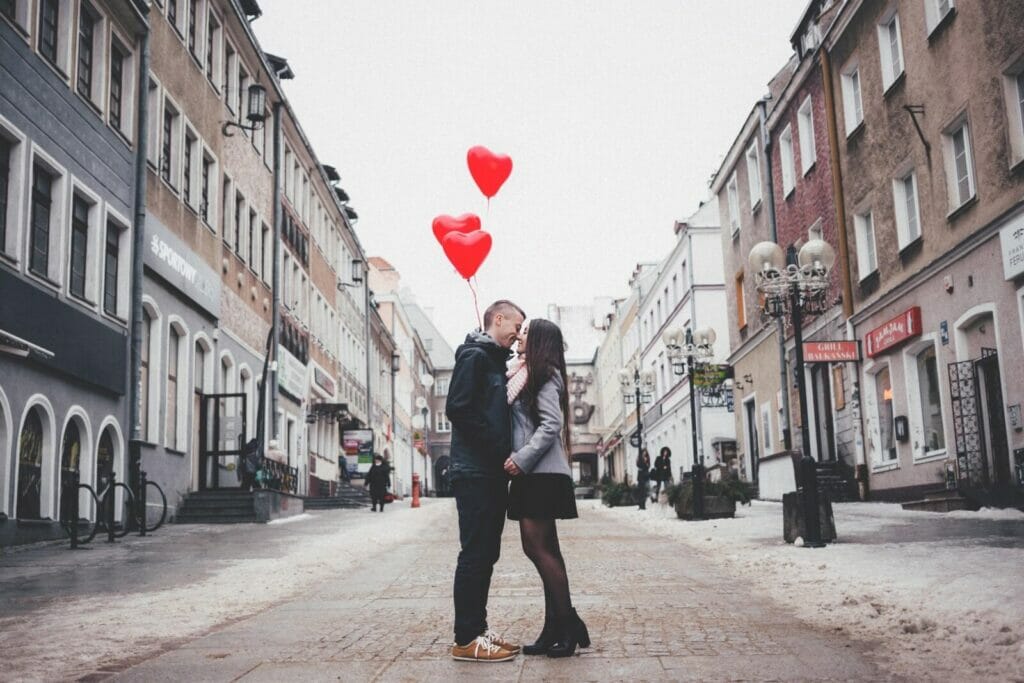 When we first met, we were actually interning at the same company, both of us determined to get the one vacant full-time position.

Joshua thought I was an insufferable know-it-all, worse than Hermione Granger. I was convinced he had about the emotional range of a teaspoon (and a teaspoon’s worth of intelligence, akin to Ronald Weasley.

We argued, disagreed, squabbled, and went on a series of one-upping each other. We are both Super Fans, and it was an almost endless battle of esoteric Sci-Fi (him) versus Fantasy (me). I remember that our major argument was over whether Star Wars was superior to Lord of the Rings.

One thing led to another, and before I knew it, we were watching The Empire Strikes Back, and The Two Towers, back to back, and then kind of holding hands, and then we went out for dinner, a few times… and then we were dating.

I think his emotional range and intelligence has improved. He doesn’t think I’m such an insufferable know-it-all anymore. We don’t hate each other and have been married for a year and a half. Hopefully, we’ll get to visit New Zealand and see the Shire when we finally get to go on our Covid-19 delayed honeymoon.

Love can come from the most unexpected places.

Malaysians seem to find love in a variety of places from university to office to having friends-of-friends introduce that special someone, to make that once in a lifetime connection. Love might be in the air for you right now. You just have to go out there and take a chance on finding it! If you don’t, there’s the rest of the year, and for now, chocolate and champagne to console yourself with!

For more stories like this, read: How My Friend Went On 10 Arranged Blind Dates With 10 Different Girls and I’m Closer To My Female BFFs Than My Male Bros, And Here’s Why.