I’m Closer To My Female BFFs Than My Male Bros, And Here’s Why 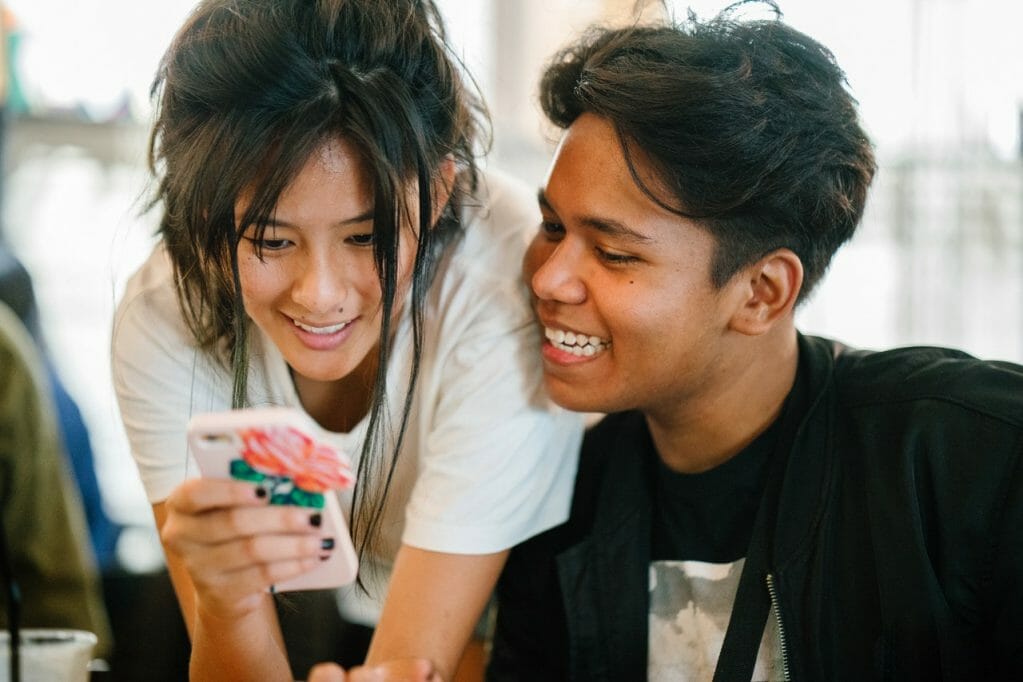 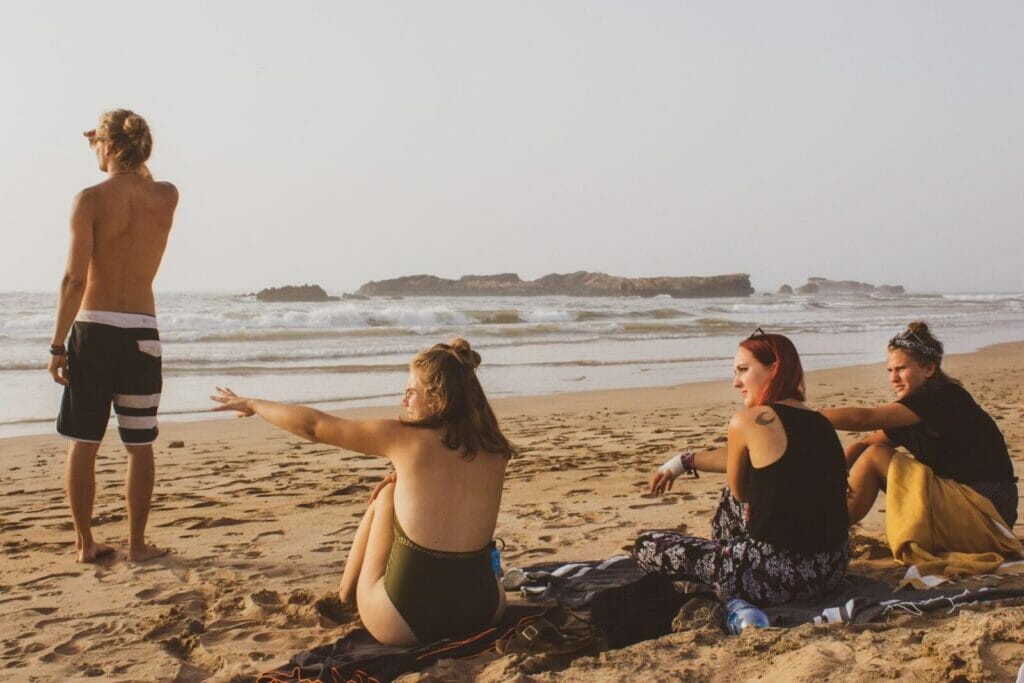 I am one of those weird guys who has been called everything from “Friendzone king,” to “Incel” and “Simp”. The reason? I have more female friends than male friends.

I don’t know why it ended up this way. My girlfriend and I have been together for 9+ years. We’re happily committed and don’t want to get married.

She knows all about my female BFFs and accepts this fact of my life. Truth be told, she was a BFF before we started dating.

I guess once the word gets out, I’ll lose my man cred for violating some aspect of the “Bro” code. But that doesn’t bother me. With the reasons below, I’m set for life.

Female BFFs have your back 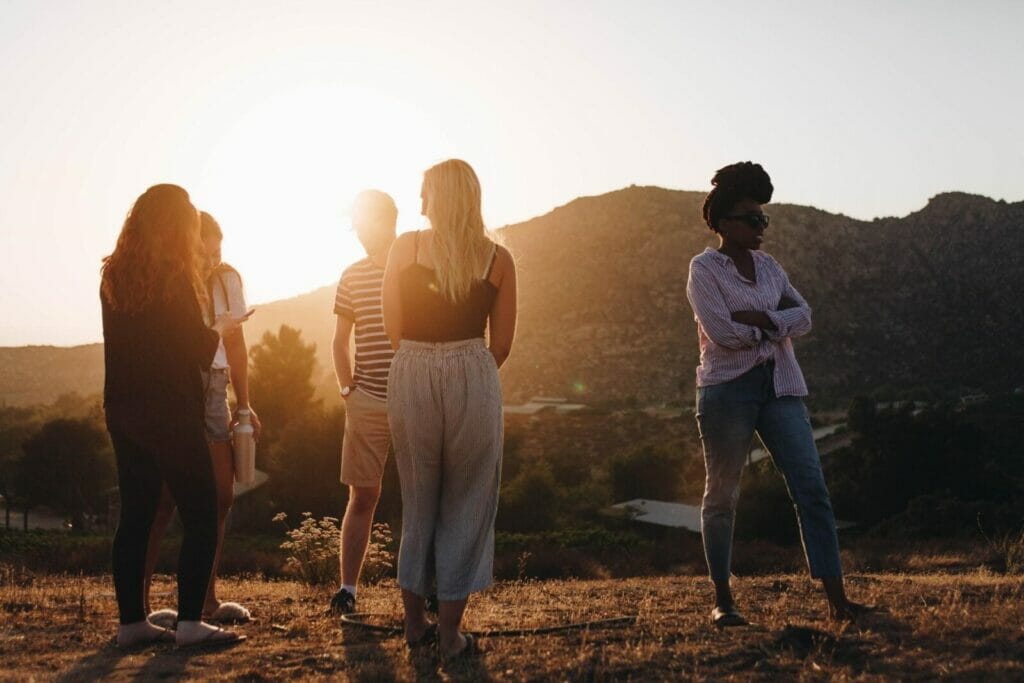 Most of my BFFs (who I will refer to as my besties from here on) go back to high school and university.  They have stepped up and settled shit for me, while I remain the clueless one. Once, I went out on a date with a girl — let’s call her Sandrine.

From coffee to the movie to dinner after, Sandrine spent the entire date on her phone. I knew it was a lost cause, and I don’t think she cared either. Shame really — we both could have concluded the night early.

Later that week, I told two of my besties about that bad date over coffee and cake. A few days after that, I found myself getting a call from Sandrine, who wanted to apologize for her bad behavior. I never understood why I got that phone call.

I am a dense moron who failed to connect the dots. It was only in 2020 that I found out that these two besties had verbally flayed her in public because I told them how that date had gone. My date with Sandrine was back in 2004 (I think?). It took me 16 years to connect the dots.

My besties have sided with me publicly even when I am in the wrong. One time, we were having coffee and cake somewhere, and my inability to do basic maths emerged: as I calculated the bill wrong, I actually got into a fight with the waiter about it.

Something no “Bro” has ever done. They definitely looked stupid defending me, but they did it anyway. You cannot put a price on that kind of friendship or loyalty.

Of course, in private, I got verbally flayed for why I was obviously in the wrong, and I was, but that doesn’t change the fact that they stood their ground for me, and to the best of my knowledge, have never been back to that coffee shop, ever.

A Secret Stays A Secret 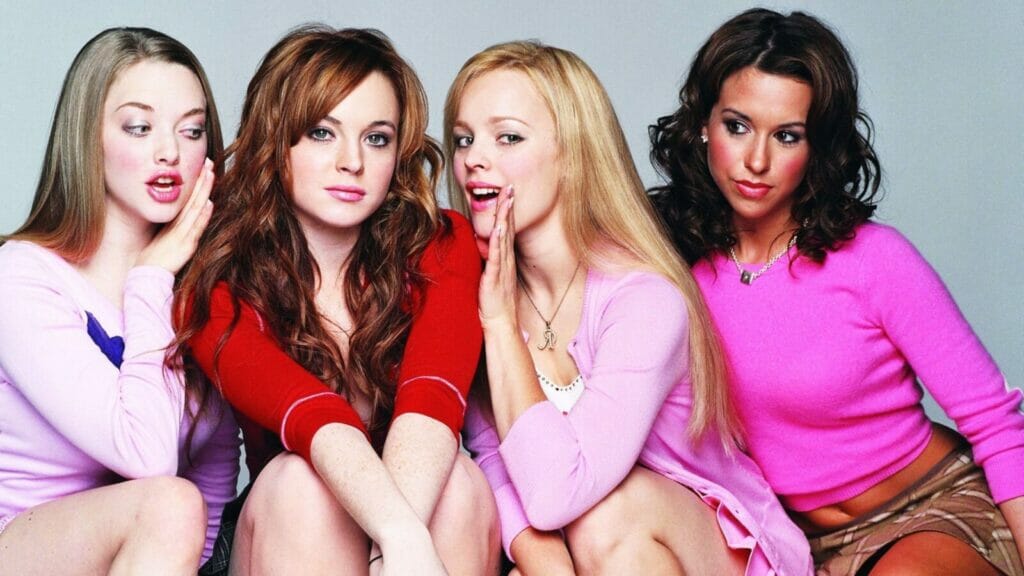 You hear it all the time: Girls chat and gossip and no secret is safe. The truth is, men, you do the exact same thing. The only difference is in the thought process.

Men do it without thinking. They simply open their mouths and blab it out. Most of the time, its an honest, stupid mistake. Women, on the other hand, when they do — it’s part of a strategic and tactical plan to take down their enemy and destroy their reputations forever.

That’s because women know full well how much damage the wrong secret blabbed can do. So when it comes to keeping secrets of people they care about, they take that s**t to the grave.

My besties knew I was getting divorced — way before my parents, in-laws, or anyone else. But they took that secret to heart and didn’t tell a soul. Contrast that with my guy friend Carl — I told him what was going down, and within hours, everyone in our friend circle knew. Thanks, bro.

Much later, after the divorce settled, Carl called up out of the blue to apologize. I guess he received the same chewing out from my besties.

My BFFs Listen Without Offering “Advice” 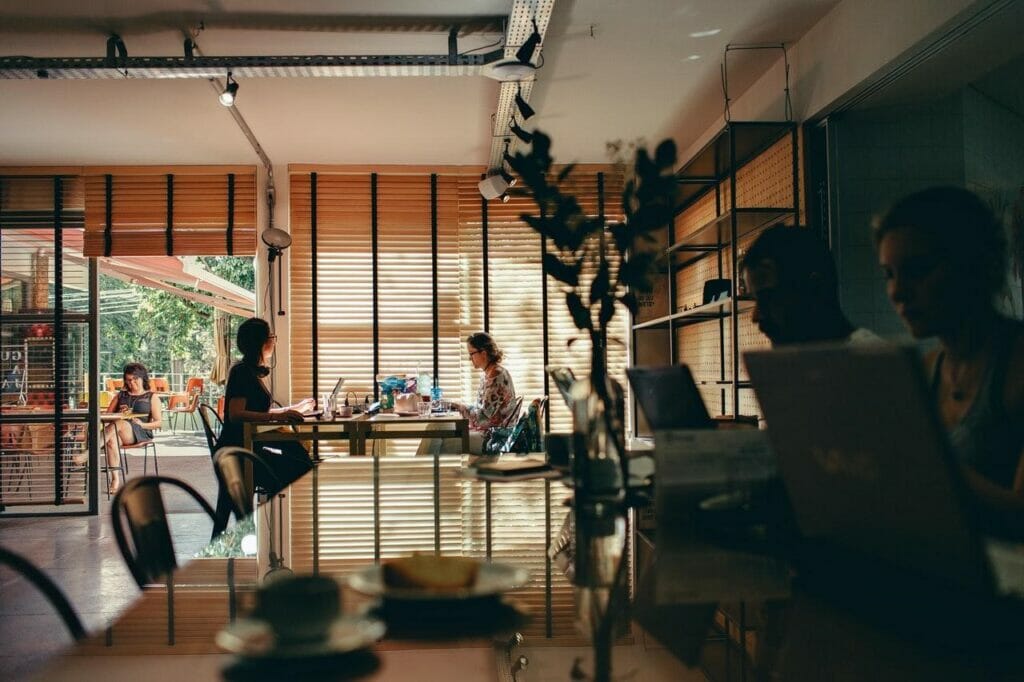 Guys as a rule find it hard to talk about some things. Messed up relationships, past traumas, and emotions and feelings are some topics that come to mind.

My besties may not always understand everything that I’m going through. But they know this, and unlike male friends, don’t act like they’re an expert on your issues.

They listen quietly as you vent and explain until they do get it. They listen because they care. 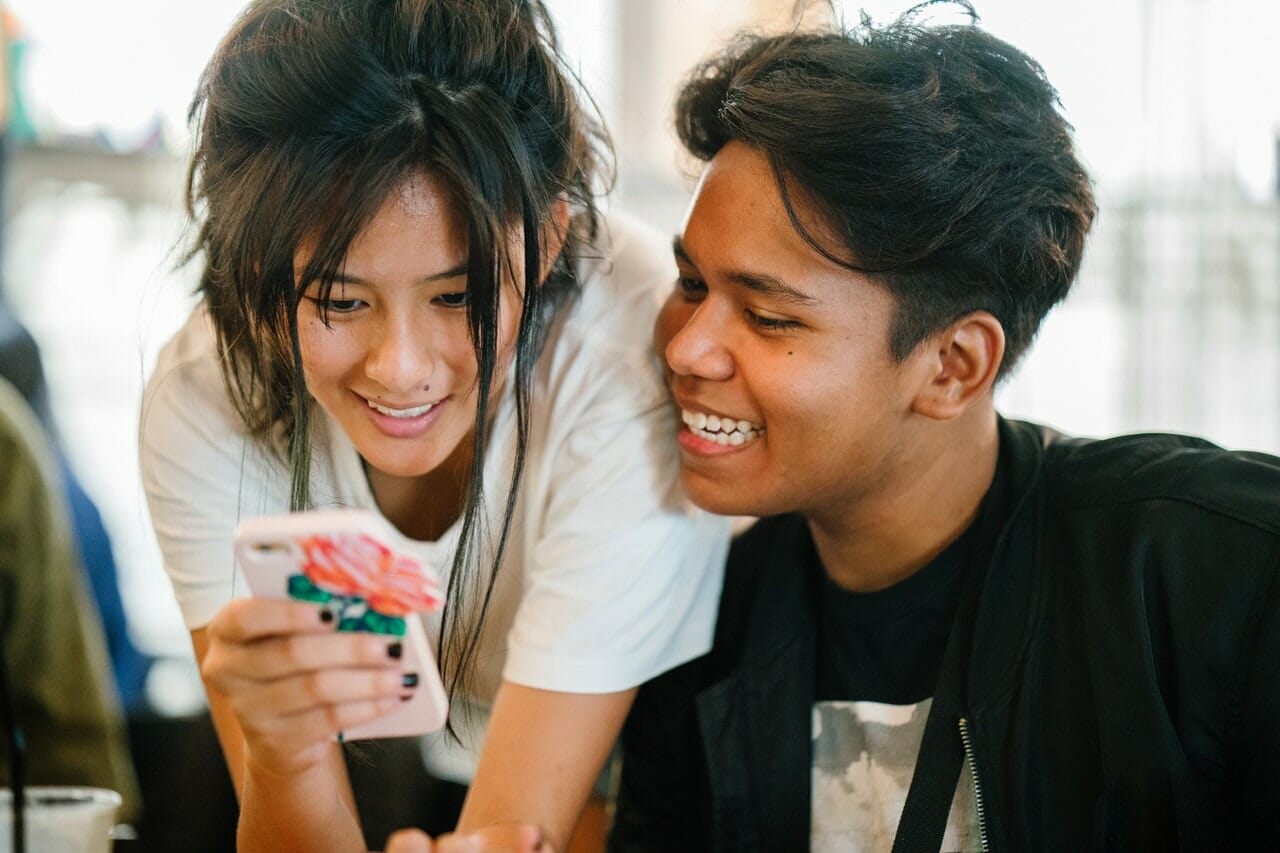 I’ve seen the way both men and women fight.

Men will just brawl — fists, feet, knees, and elbows. Black eyes, bloody nose, bruised ribs. Then sit down, have a beer, share an ice pack, and the friendship is more or less back on track.

Women fight with a Master’s degree in Psychological Warfare and a Bachelor’s in Emotional Manipulation. Expect snippy comments, pretending to be friends and a lot of backstabbing gossip-girl level intrigue.

So take it from me, if the BFF is mad because you screwed up? Just issue a straight-up apology. Just admit you screwed up and do your best not to make the same mistake twice.

Whether it’s forgetting a birthday, or missing that coffee date, or bailing last minute on a social night, with the BFFs it takes a five-minute phone call, maybe some chocolates, and/or ice cream and/or cigarettes and/or flowers and/or alcohol (depending on severity) to set things right.

Please note: Forgiveness is not forgetting. Expect to be reminded of your stupidity for comedic entertainment, shock and awe value, and when you make the same fuck up in future.

This works with my girlfriend too, so maybe, guys… take a hint? 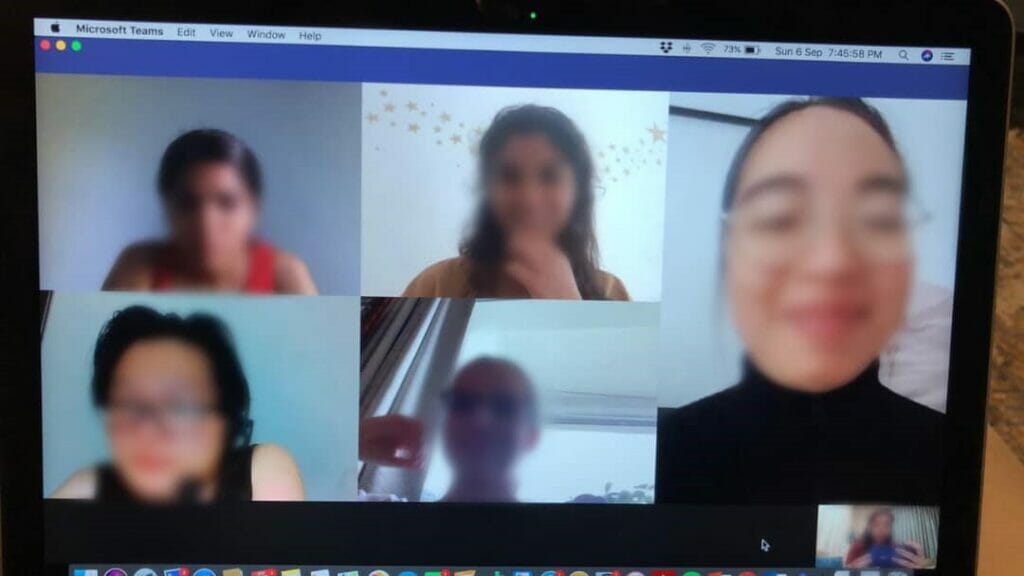 My experiences are supposedly anecdotal and very personal. I know my besties are scattered to the four winds in Hong Kong, Singapore, Belgium, Switzerland, and the USA.

But we still get together on Zoom and have coffee and cake at least once a month. It’s been fifteen years and we still have each other’s back, as if we are still in University together.

For more stories like this, read: 3 Lessons I Learned after Falling Out with my best friend of 10 years and 5 Mistakes I Made When I Told My Best Friend That Her Husband Was Cheating on Her.

If you have a personal story to share, send it in to [email protected]