Being a Stepmom : 5 Tips on How to Cope with the Reality 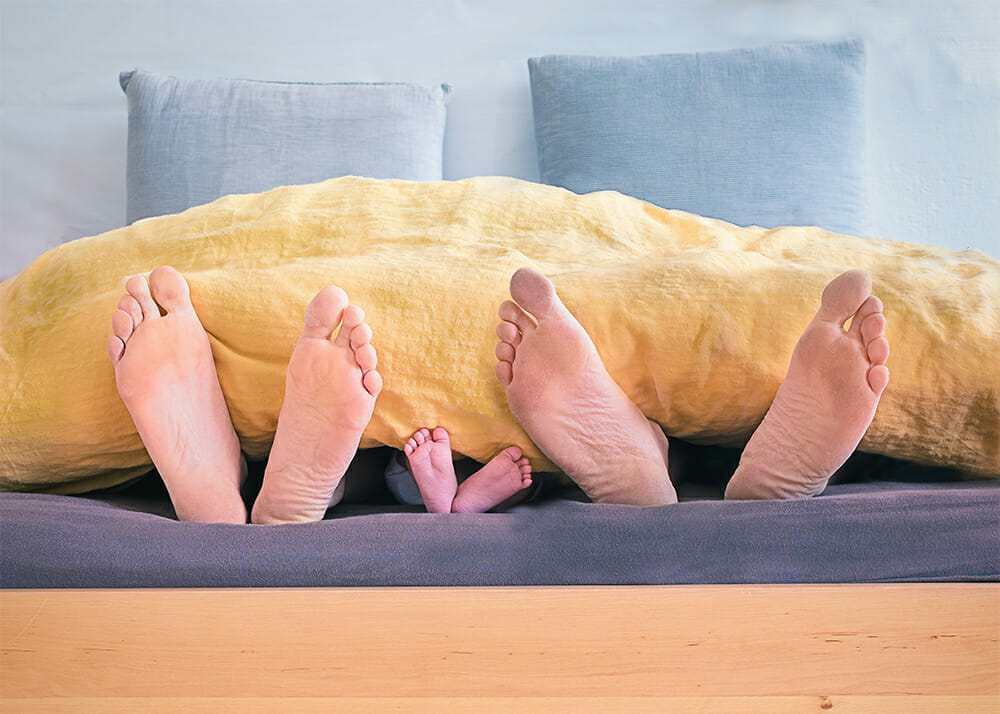 Not all is bed of roses

Mention the word stepmom and (almost) everyone’s minds will go to Cinderella’s and Snow White’s evil step mothers. That, or the local story of Bawang Putih’s cruel step mother, who tortured her relentlessly as she wanted her own daughter to marry the Prince.

Wow. What an image.

Never in my life that I thought I’ll be one – a step mother of not just one, but three girls age 6, 9 and 11! Growing up listening and reading about how unjust step mothers can be, torturing the poor souls didn’t help either; I have absolutely no clue on how to become one.

Did I hesitate on being a step-mom? Heck yes! But I knew of my husband’s background for quite a while then, and everyone comes with a baggage (or three!). And if I were to accept him in my life, I need to welcome his three girls into it as well.

I didn’t read any 101 dummy guides, manuals or handbooks either – hence I came up with my own ways of how to cope being a step mom. 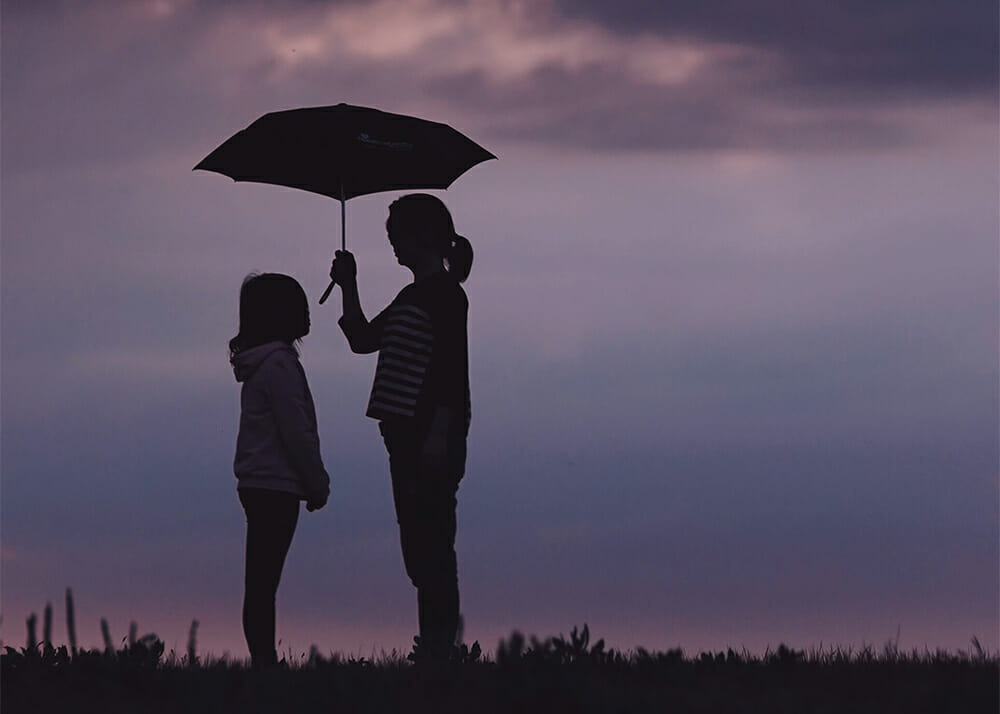 TIP #1
Get the support from your husband, their father. Not to take sides, but to explain and resolve the whole situation to them.

I’m not a mother yet, but I’ve been surrounded by nieces and nephews all my life. I already told my husband that I’d treat his children as I’ve always treated my nieces and nephews. I’m quite stern when it comes to discipline as well.

There were already a few incidents when I reprimanded the girls in front of him for their misbehavior. There was one time when the youngest refused to eat her meal and threw tantrum by shouting and wailing. I told her off by saying she’ll go to bed hungry as her sisters were all eating the same food. In fact, she was the one who asked for the chicken curry and then she wanted beef curry instead!

My husband knows how I am like, and he knows I mean well when it comes to his children.

She ate her meal grudgingly in the end, and by the next morning all was forgotten.

TIP #2
Remember that you’re NOT their mother. Stop comparing yourself to her, especially if she’s still in the picture. Be patient when they keep comparing you to her; after all, you’re seen as the ‘evil’ one.

The children don’t live with us, as my husband only gets to see them during the weekends. It’s inevitable that they will question the things that they used to do with their mother – but not with me and their father. Often, I’d get all the ‘why Aunty doesn’t allow us to use our phones when Mama said we can’ , ‘how come Aunty don’t let us to eat ice cream before we eat our rice when Mama said we can’ etc.

What my husband and I do is establish our own ground rules with them, and make them understand that the game has changed. Though confusing at time, things will be different from then on – it’s them and their mother; and me, their father and them. Of course, I often discuss with my other half to get his help in enforcing all these rules and changes as well.

It’s a work in progress, as I’m writing this. What’s important is, they need to know they are loved. 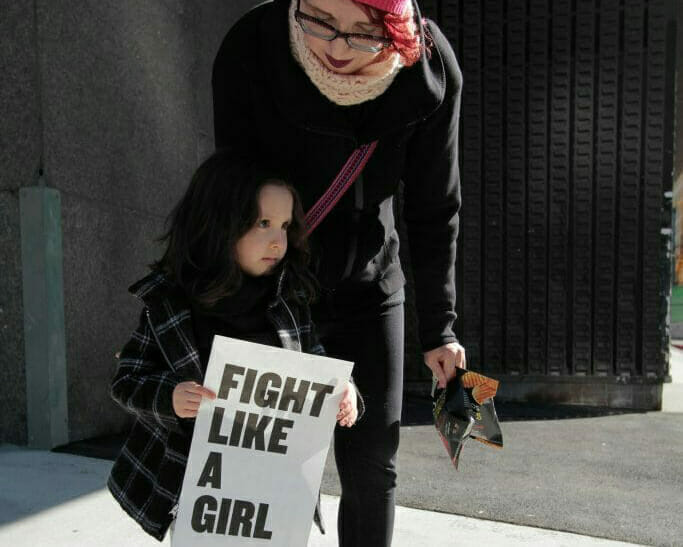 Empower, not discourage them

TIP #3
Don’t ever badmouth their mother, no matter how ugly things get. As tempted as you are to defend yourself, hold your tongue as they are the innocent party and lashing it out to them wouldn’t help at all. Plus, most times, it depends on how their parents get along after the divorce.

In my case, I was depicted as the wicked one who destroyed the family unit and my husband wasn’t spared either. Though I’ve met the girls prior to getting married, they’ve always thought I was just a friend of their father. For the first few months after they got divorced, I told my husband it’ll be best if I didn’t tag along and let him re-connect with his girls.

After we got married, it was daunting to see them again as I didn’t know how they’d react on our marriage. But don’t underestimate children – they are easily adaptable and acceptable. All it took was an LRT ride (they’ve never been on one), and a meal at the Food Court (they were used to having meals at expensive restaurants) – and they enjoyed both tremendously.

How did I know this? They started to hold my hand and slept on my lap on the train ride and kept telling me they wanted to do more this kind of stuff.

TIP #4
Learn about each child – their likes, their dislikes. Bond by getting to know them properly by asking about their homework, what they did at school, their favourite singer etc. They already have a mother, so you could either be a friend, or think of yourself as the cool aunt.

Though pretty much still ‘manja’ with their father, the girls started to warm up to me as time passed by. Every time we meet, they will share stories about their school camp, the movies they saw recently and sometimes stuff that even my husband doesn’t know, like their crushes at school! They even ask me to help set their phones’ passwords and asked me not to tell their father. (By the way, the mobile phones were from their mother, my husband and I don’t allow them to use them when they’re with us).

Thank God for all the years of practising being ‘motherly’, by being an aunt!

TIP #5
Take things slowly, and don’t sweat the small stuff. There’ll be ups and downs, just like other families. Let the kids know how much they are appreciated and loved. Most importantly, get them to understand that the separation between the parents wasn’t their fault.

Surprisingly, kids bounce back quite easily. I didn’t expect to be accepted into their ‘clan’ so quickly. Yes, we’d had our fair share of arguments and bickering and will continue to have them as they grow up. But we’ve got my husband, their father as the ‘mediator’, the calming factor among us thorny roses.

Here’s an important note – I don’t have any communications whatsoever with their mother. Whatever decisions regarding their children are made between my husband and her, though my husband will always discuss and talk things through with me first. I think it’s important to know your limit as a step mother and under certain circumstances, not crossing the line when it comes to their children’s future.

I can’t say things would always be happy and cheery among all of us. But we try to make the little things count – even as simple as reaching out to hold hands while crossing the road.

For more articles on parents, read 5 Annoying Things Our Moms Used To Do That We Now Love, and 6 Signs You Have Narcissistic Parents.