At first glance, there’s nothing too bad about your job. Sure, you don’t like your boss (I mean, who does?) and you wished you had more time for yourself – but these small things are not reasons to switch jobs… right?

You might want to rethink that. Here’s 4 reasons why you should change jobs. 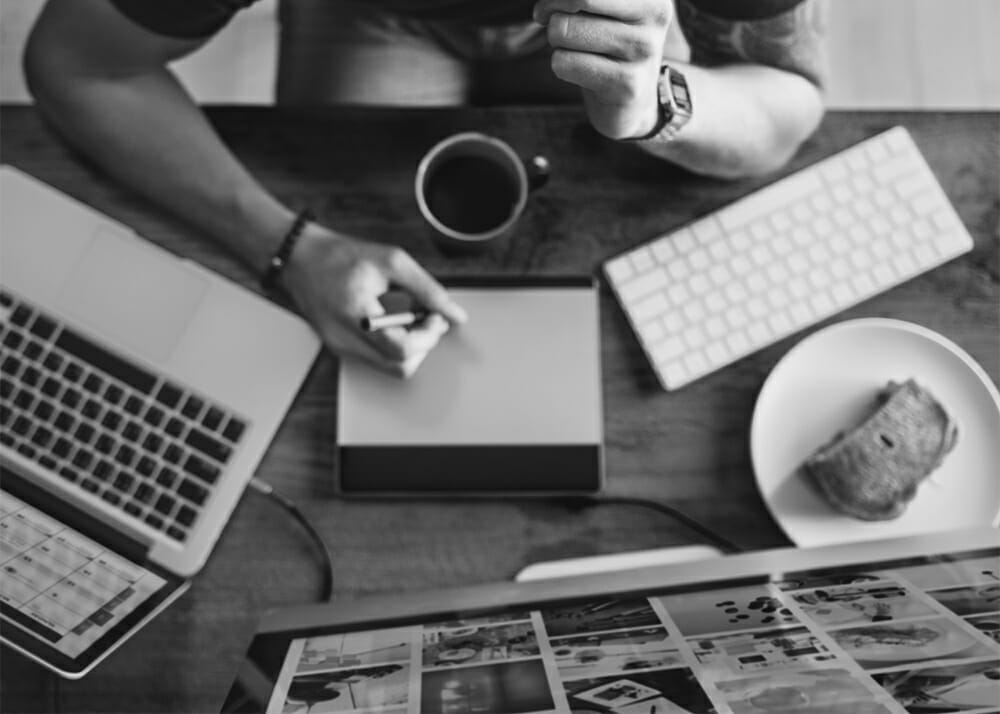 You should constantly be expanding your skills

When you first started your job, there were a lot of things to learn. You had to adapt to your new role. You had to get a solid understanding of what your company expected of you. You had to learn the company culture.

Eventually, you kind of ‘get’ things, and you delivered. You learned how to refine your work. After a while, you mastered your daily tasks and became an expert in your role.

That’s when companies promote you and strive to keep you around.

However, that’s also about the time you should be leaving.

I mean, it’s comfortable, yes, but are you capable of doing more? Could you upgrade your skills and be a more valuable employee in the workforce?

Of course you could – by restarting the process all over again.

Some sources say that you get to this stage after about three years of working for the same company. Personally, I think it’s true.

In my previous job working at a government agency, I was tasked with (mainly) writing press releases and speeches. After two years, I got the hang of it.

Things didn’t change… for the next five years. Eventually when the company didn’t renew my contract, I was let go.

I suddenly became a 33-year old guy with none of the professional skills a guy my age was supposed to have.

And it was obvious. I didn’t meet the requirements and qualifications of jobs which paid equal or more than what I earned before. I had to settle and work side jobs to pay the bills. 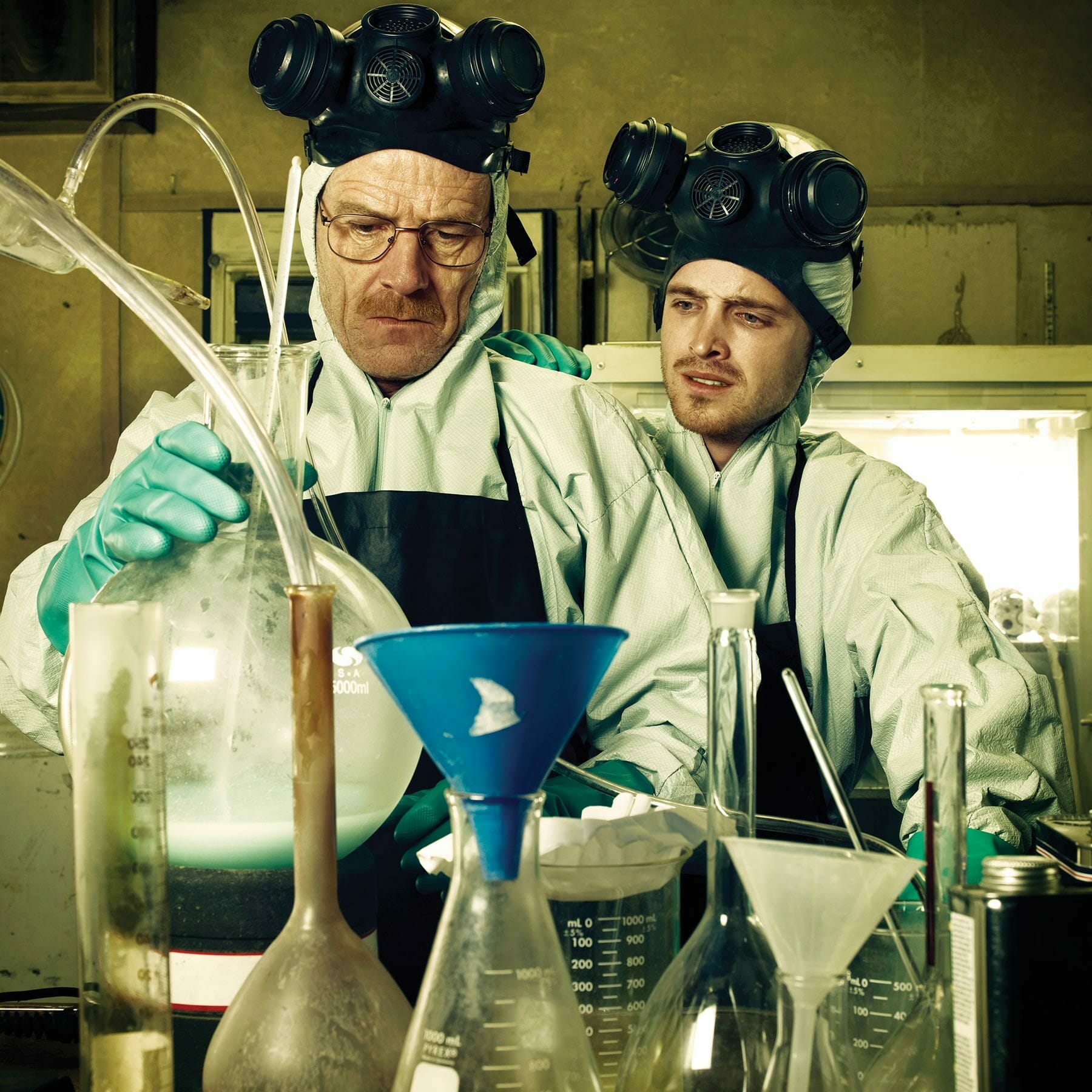 …jobs which may or may not have involved a little chemistry. (Source: https://ew.com/tv/2017/12/14/amc-breaking-bad-marathon-10th-anniversary/)

So just because you’re comfortable, it doesn’t mean things are good – you should consider leaving your job and doing something else anyway.

To earn more, you have to leave your job

That’s enough reason to leave your job. Sure, you get increments every year at your current company, but around the time you master your job, the increase plateaus. At the maximum wage, your company just isn’t willing to pay more for your role. It would be cheaper to hire a new employee and spend time teaching them how to do your job.

The only solution? Leave, and head for greener pastures. 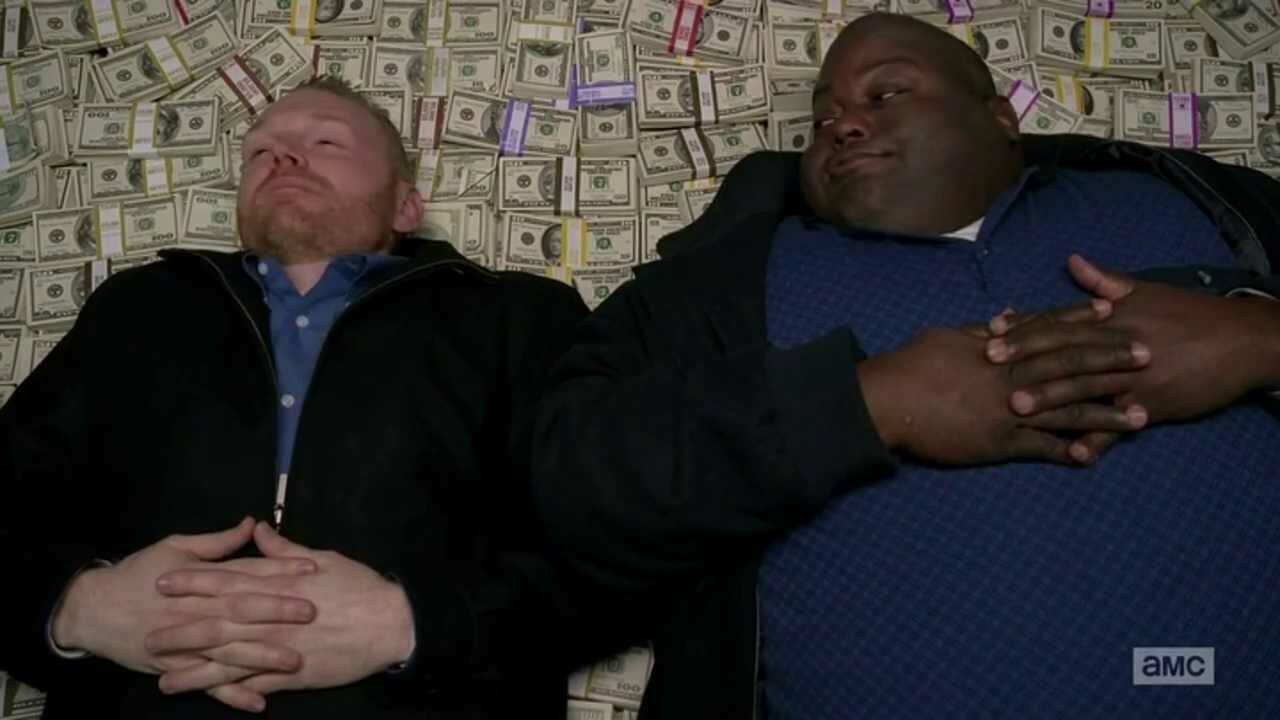 This also ties in with the previous point – by starting at a new job/ company, you get to develop your skills and experience and demand a larger pay.

In my previous company, I was close to reaching my wage ceiling. If I wanted to be paid more, the next step was to be editor.

But in government agencies, almost no one ever leaves or gets fired. How you got promoted was that you had to wait until the person directly above you gets transferred or promoted – then maybe you could take his place (depending if you kissed the right ass throughout the years).

But with the editorial team, we were all on contract, which meant that we would never leave our department. To be editor, I had to wait for my own editor to retire at 60.

The idea of waiting 16 years just to be an editor seems crazy to me now. Almost immediately after I left, my friend and I started IRL, and I’m finally (learning to be) an editor.

It might not pay much now, but at least I’m developing my skills and experience as an editor instead of a writer. And if I ever decide to apply to work at another company, I’ll at least be able to add ‘editor’ under my resume.

The key lesson here is, if you want to be paid more, you’ve got to continue moving around. Being stagnant means your earnings will be stagnant too.

Here’s another reason you should leave your job…

Your current job doesn’t challenge you.

I’ve spoken with quite a few people who actually wanted to work in the government agency I was at. They’ve seen my Facebook postings, where I would post funny status updates simply because I was bored at work. 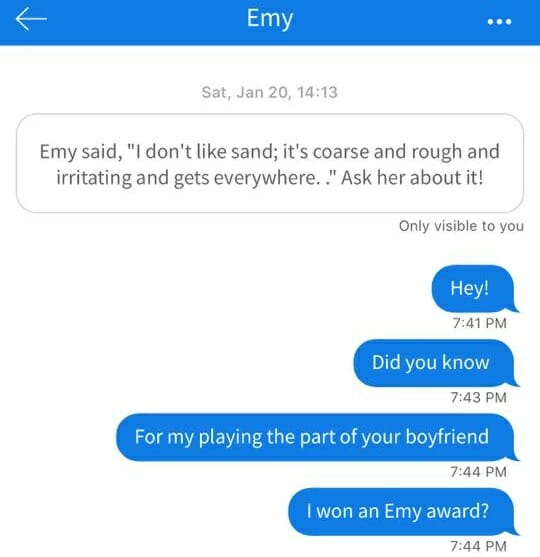 People seemed to like my lame pickup line series in particular.

Most people thought my job was the dream, but in fact, being in a job where you don’t do much is crazy stressful. Additionally, it makes you slip into bad work habits, such as spending all your time on Facebook (me), playing online games (also me), and just wasting time on the internet (yeah, they’re all me).

Human beings are actually designed to be occupied – we want to do things (even difficult ones), as long as we feel like there’s a sense of reward and satisfaction at the end of it.

The perfect job is the one that challenges you and forces you just outside your comfort zone (a job that’s too stressful isn’t good either). The perfect balance is a job which keeps you on your toes, without leaving you overwhelmed and burnt out from stress.

So if you feel your job is too easy and it’s not a challenge anymore, it’s time to leave your job and find another one.

But here’s probably the biggest reason to find another job…

You simply can’t stand your boss any longer.

I’d say this is probably one of the best reasons to leave a job. I’ve personally had a bad boss myself, and I’d say not working with her anymore was one of the biggest improvements of my adult life.

In fact, having a good boss is so important, that there’s a saying – “People leave managers, not companies,” which I think is true.

My ex-editor was a very emotional person. This one time during the team meeting she broke down crying and stormed out – because of a minor mistake I did.

Now I’m not saying I wasn’t in the wrong (although it was so minor I can’t even remember it now) but I do think it was a gross overreaction on her part.

It’s fine to argue things rationally, but to cry, storm out, and give the silent treatment for a few weeks? That was tremendously unprofessional.

Eventually our relationship got so bad, that we ended up not talking to each other for a whole year. Imagine that kind of relationship with someone who has an authority over you nine hours a day?

Honestly, I’d rather have this guy as my boss. (Source: https://reactiongifs.me/i-will-kill-your-wife/)

To all of you who think it’s better to labour under a bad boss rather than be unemployed, trust me – I’m much happier not working under her. I’m less stressed, I sleep better, and actually do better work.

Of course, all bosses have their own shortcomings – but just like a romantic partner, pick a boss whose cons are ones you can respect and understand. These are the people you can work with.

The bottom line is, changing jobs is less scary than it sounds. It takes a little courage yes – but trust me, you’ll be much happier for it.

For more articles like these, read Horror Boss Stories: Malaysians Share Their Story with Us, and These Are Three Malaysians Who Got Fired for the Most Ridiculous Reasons.