There are scammers everywhere, preying on the unwary.

I had some old books I wanted to get rid of, so I did what anyone would do: Post it for sale on the internet.

Less than a day later, I received a personal message on my Carousell app. 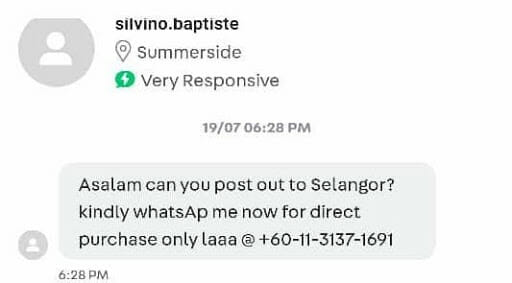 Maybe I’m naive, or dumb; probably a combination of the two, because I did message him on WhatsApp.

He replied almost instantly, expressing interest in buying my books. He then informed me that he was in Europe, but the item was for his partner living in Selangor. He gave me his partner’s details and asked for mine in return. 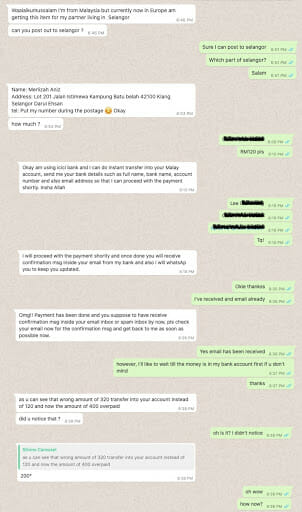 He needed my full name, bank name, account number and… email address? That should have set me off… BUT it didn’t.

I obliged, confirming my asking price of RM120 and making available the information he requested.

Soon, my phone beeped again. It was an email from “ICICI Bank Ltd”. 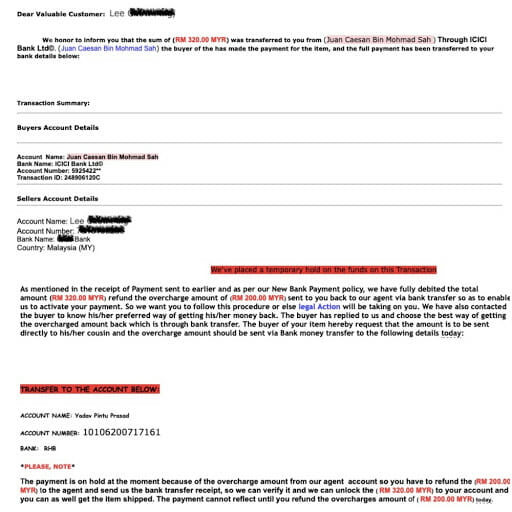 “Dear Valuable Customer,” began the email. “We honor to inform you that the sum of (RM 320.00 MYR) was transferred to you…” Silvino Baptiste was now Juan Caesan Bin Mohmad Sah.

But there was more.

“As mentioned in the receipt of Payment sent to earlier and as per our New Bank Payment policy, we have fully debited the total amount (RM320.00 MYR) refund the overcharge amount of (RM 200.00 MYR) sent to you back to our agent via bank transfer so as to enable us to activate your payment. So we want you to follow this procedure or else legal Action will be taking on you.”

Just as I was gawking at my laptop screen and trying to make sense of the situation, my handphone chimed again. It was a WhatsApp message from ‘Silvino Baptiste’.

“OMG!! Payment has been done and you suppose to have received confirmation msg inside your email inbox or spam inbox by now, pls check your email now for the confirmation msg and get back to me as soon as possible now,” he said in the WhatsApp message.

“As u can see that wrong amount of 320 transfer into your account instead of 120 and now the amount of 400 overpaid,” he continued. “Did u notice that?”

What I did notice was that 320 minus 120 does not equal 400. Fortunately,  Silvino did learn maths in school because he quickly corrected himself. 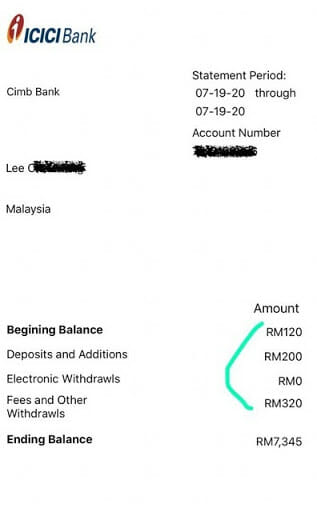 Basically, he “over-transferred” RM200 to me. The bank was “notified” of this  “error” and decided to freeze the transaction instead of nullifying it completely. As a result, I was to transfer the money back to him or risk “legal action”. Also, unless I was to comply with the instructions, the bank wasn’t going to release any money to me.

I was confused and a little suspicious. Why would the bank operate this way? He wanted me to pay him money?

My husband took one look and said with dead certainty, “It’s a scam.”

Affirmed by his conviction, I replied Silvino, “Ok I’ll refund as soon as I receive the money in my account.”

Within seconds, Silvino blocked me. 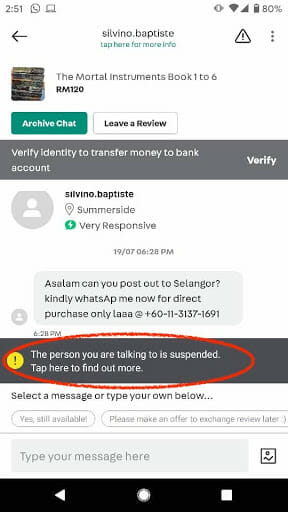 “The person you are talking to is suspended.”

It was the peak of MCO. The government had just announced that financial relief would be provided via LHDN, the Inland Revenue Board of Malaysia.

So when my friend Melanie received a call from a woman claiming to be an officer from LHDN, she didn’t think to question it.

According to the voice on the phone, Melanie had outstanding taxes amounting to RM32057 from a company under her name.

“What company under my name?” Melanie asked, utterly puzzled. To the best of her knowledge, she didn’t own a company.

Apparently, in 2018, a company was established under Melanie’s name in Penang. Melanie is from Selangor, and this call happened in 2020.

The officer quoted her the tax number.

When Melanie denied any knowledge or connection to this company, the officer told her that it was likely that her personal data had been compromised, and she had to make an in-person report in Penang that day itself by 12 noon! It was already 10am.

Besides, MCO was in full swing then, and even if she could travel from Selangor to Penang within two hours, interstate travel was banned.

“I was so worried. The officer then told me that she could connect me to the police station in Penang since this was an emergency.”

“In hindsight, I realized that as she connected the line, there was zero waiting time and no beeping noise.”

The police officer heard Melanie’s case and informed her that she would have to make the report through another number since the line she was on was not equipped to take her report. He then reassured her that all that was legit, and if she had her doubts, she could go online and check the Penang police station (IPD) phone number.

“That was when I started to get suspicious. How did the LHDN officer get my phone number since it was a new one?”

“So I told the police officer my thoughts. In turn, he said that if the LHDN officer was bogus, she wouldn’t have been able to connect me directly to the police.”

The police officer told Melanie that he would call her back through the appropriate line. She could also then tell from her caller ID that his number matched that of the website.

“He called me. The number he used was exactly what it was on the official website, except there was a +89 in front of it.”

According to the officer, the +89 was a recording number to document her report for easy access in the future. 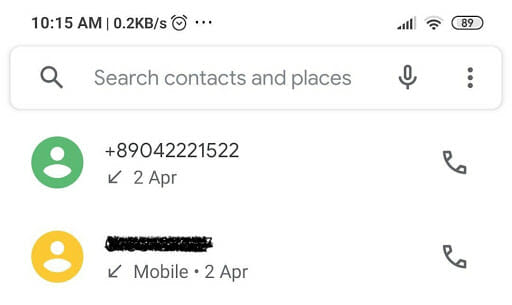 “As I spoke to him, I googled the name of the LHDN officer and the fax number she gave me. There were websites with her name but nothing listing her as from the Cyberjaya HQ. I also googled ‘Greenwood Trading Company’ in Penang. The address she gave me was legit.”

That was when she started putting the information together. From a Google search, she saw articles about scammers who used the very SAME info to trick other people.

Right there and then, Melanie confronted the police officer and told him that she knew that he was trying to con her.

“Why are you doing this?” she asked him.

He did not deviate from his charade and even said that if she didn’t trust him, she could just go to the police station to file a report.

She ended the call.

“Not only did he waste my time, he also baited me with my anger over my personal data being exploited.”

I was minding my own business one day when my phone rang. I didn’t recognize the number but picked up anyway.

The voice on the line introduced himself as an officer of Imigresen Malaysia. He went on to inform me that I had 103 Samsung phones with immigration, and had accumulated unpaid GST (Goods and Services Tax) amounting to RM16072.38. 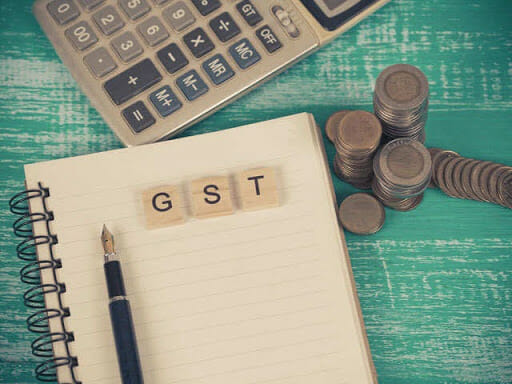 Image via The Economic Times

I was to pay the amount immediately or be present for a court hearing at the “mahkamah tinggi” (High Court).

Naturally, I had a lot of questions, so I bombarded him with them.

“Who did this? How much do you know about the person who did this? What should I do now?”

To placate me, he even gave me an actual address in Alor Setar where I supposedly live (I do not live in Alor Setar).

Thoroughly fascinated, I whipped out a notebook and had him repeat all the information again slowly. Next, I repeated the information back to him, asking him to confirm that I had noted it all correctly. 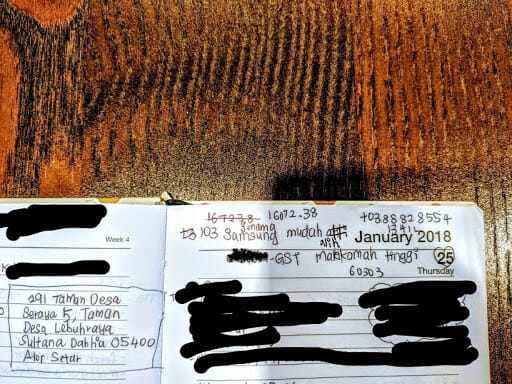 At the end of this, it became inherently obvious that it was a scam.

So I unceremoniously ended the call.

He had the audacity to call me back to scold me.

I ended the call again.

He probably hates me.

The Moral To These Stories Are:

Firstly, there are mean people in this world who would not think twice before wrenching our hard-earned cash from our unsuspecting hands.

Thirdly, do not panic at the mention of legal action.

Last but not least, be careful.

For more stories like this, read: I Sniff Out Charity Scammers – Here’s How We Sort Out the Real Cases From the Fake and Freelance Platform Scams – Why You Need to Go Through the Site’s Terms & Conditions.

Got a story to share? Send it in to [email protected] to be featured on In Real Life Malaysia!

We have LRT, bike lanes, and trains. So why aren’t we using them?