What Are Things Malaysians Could No Longer Tolerate, as They Become Older 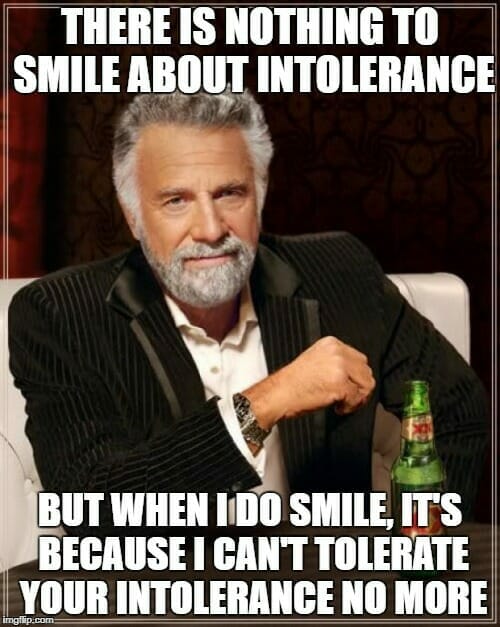 We Malaysians, are a pretty tolerant bunch. It’s a multicultural country after all. We have to make it work right? From when we were in primary school, all the way up to our workplace, we learn to mingle and accept our differences.

But with age comes wisdom – the wisdom to stay calm, as well as the wisdom to stop tolerating nonsense. These are the stories of Malaysians who could no longer tolerate the same crap they used to.

Sandy, an analyst, is a patient person, but don’t let her calm demeanour fool you. While she can be sweet and accepting, she hates certain types of social media users.

Which types, you ask?

According to her, the attention-seekers. The ones that fall sick and broadcasts it on their Facebook / Instagram / Snapchat accounts.

And the most annoying part is, they don’t tell you what they’re sick with. They just tell you enough to fish for you to ask them on the post.

But, there’s also another attention-seeking-on-social-media type of friend which always gets on Sandy’s nerves.

Angelina, a corporate communications officer, comes from Perak. She currently works in Damansara Uptown. Yup, it’s the area with the famous Village Park Nasi Lemak and awesome cupcakes at Wondermilk. There is however, one downside –  parking. It’s a headache just looking for parking spots!

As if that’s not enough, not only do they have to worry about finding a carpark, but they also have to look out from being blocked by double parkers!

To be fair, there are double parkers from her hometown in Perak too, although it’s rare. Even when they double park, they would apologise profusely once they get back to their vehicle.

Double parkers in KL don’t apologise. And that’s only half of the story.

First of all, Angelina thinks that at most lah, you can just double park to get parking coupon or grab something quick from a convenience store. It should be five minutes tops!

Unfortunately, not only do these double parkers park way longer than that, they also don’t bother leaving their phone number. And when they arrive at their vehicles, they don’t even look you in the face to apologise for wasting your time!

However, she admits that the situation is better now because on certain days, there will be tow truckers towing it away.

3. ‘Bomohs’ and people that go to them

Nazmi, an accountant, hails from Penang. Growing up, he remembers making a monthly trip to a bomoh in Kedah with his family. The bomoh will ask him a few questions and diagnose him based on his answers.

He finds this kinda weird lah, because, if you can predict things, then you shouldn’t need to ask questions either right? But he was a kid back then, so he just tagged along.

After moving to KL, he thought his bomoh trips days are over. They weren’t.

One day, he complained of headaches while at work. As always, he took painkillers first. But it stopped working after a while.

His work colleagues who noticed this sympathised with him, and eventually volunteered to take him for treatment.

To his surprise, they took him to a bomoh. They suspected him to be a victim of black magic.

Imagine being sick, hoping to get treated by a doctor, and your colleagues give you a new headache pulak!

He just played along that time, pretending to listen to the bomoh. He decided to confront his colleagues once his headache was resolved.

A few days later, he gave them a piece of his mind, telling them exactly what he thinks about bomohs (those who prey on the innocent and promise false miracles) and how illegitimate they are.

Khairul works as a project manager. He never thought about race before, especially not about Asians and Westerners.

However, after working in a large corporation, his perception changed. Being a project manager, he constantly submits proposals to higher management. According to him, when a white expat suggests an idea, it’s usually better-received by the bosses and work colleagues!

He noticed that while some Malaysians have the tendency to ‘roll out the red carpet’ for them, they’re rather indifferent towards other fellow Malaysians.

Khairul also shares how some of his Malaysian friends prefer to date only Caucasians. To each his/her own he supposes since everyone have their own preferences lah.

But the thing he can’t tolerate is over-generalising comments like, why can’t Malaysians be more of gentlemanly, or have a six-pack like Caucasians do?

He thinks such comments are based off false stereotypes, but he doesn’t bother arguing because people will believe what they want to believe.

So, do you agree these things should not be tolerated?

When it comes to tolerance, everyone tolerates different things. Just because you’re tolerant of something doesn’t mean others can tolerate it too. Because we’re all different, we get annoyed by different things.

What are some of the things you won’t tolerate anymore? Tell us in the comments below!