In Malaysia, the issue of whether Muslims can touch dogs is controversial.

With the topic of dogs being so controversial among Malaysians, especially among Muslims, there are also some who decided to own dogs for various reasons.

Here are their stories. 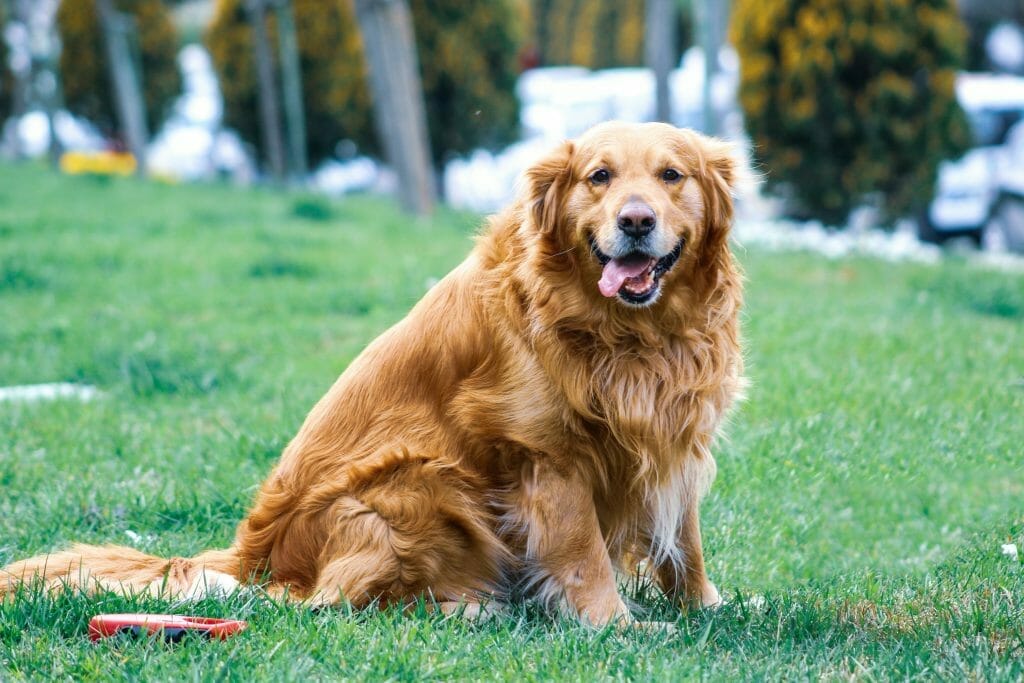 Hallijah used to own a golden retriever named Coco 5 to 6 years ago. She said it was her late grandfather’s decision to have Coco.

“When we found Coco, he was wounded so my late grandfather took him to a vet.”

“We planned to let him free after he got better, but he never left our house. So we kept him, and he returned the favour by guarding the house for us.”

Coco was a very sweet dog, gentle and calm. Her family felt safe with him around.

He also accompanied her grandfather when all of them went to work or to school.

Coco was not allowed to go to the spaces that they perform their solat, so they had a house that was specially built for him.

“In Islam, dogs only become haram when we go solat after touching them.”

Golden Retrievers shed a lot, so Hallijah would have to send him to a pet shop for groomings frequently.

“We do groom him but after that we have to clean ourselves according to the Islamic rules. This cleaning ritual is called sertu or samak.”

Hallijah said that she would often get stares from other people when she walked Coco.

“I would just ignore them. People, especially Muslims, still treat them like they are the biggest sin, but it was never mentioned in the Al Quran that it’s haram to have dogs as pets.”

It’s never easy having a big dog, but with Danial, she has become his best friend.

Upon looking at the picture he showed us, we understood why Moo Moo was given that name. 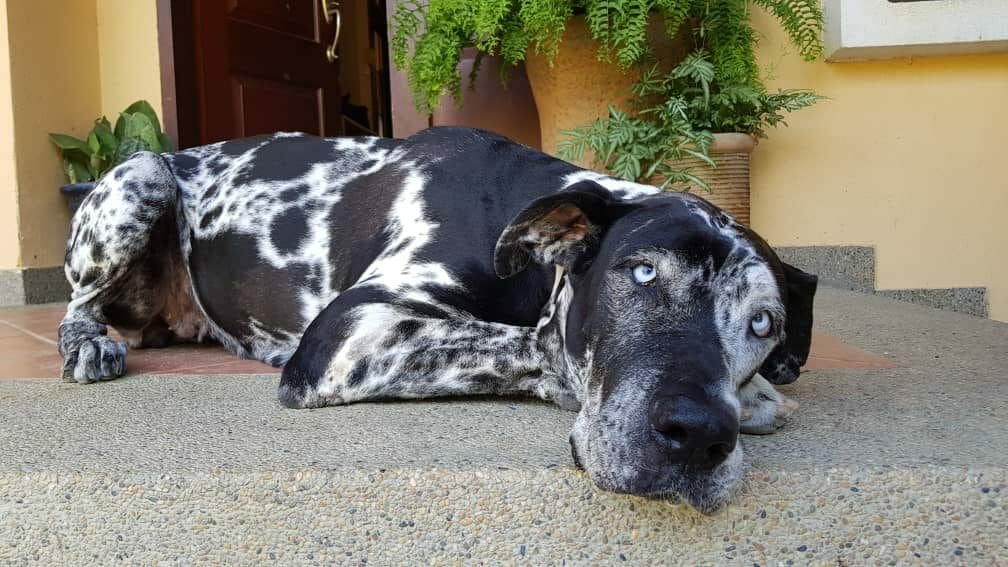 “Moo Moo is a Great Dane. She’s a gentle giant. She’s amazing with kids, which is evident when she hangs out with my niece. She’s quite mellow but too smart for her own good.”

His family decided to keep Moo Moo after she was given to them by a friend.

“Despite her size, Moo Moo was not a good guard dog at all. She was too sweet! She even nursed my cat when she was still a kitten.”

It was not that difficult to take care of Moo Moo albeit her large size.

According to Danial, dogs are amazing running partners. Since he enjoys light jogs and walks, he would bring her along with him on a leash.

Nowadays they don’t really go for walks anymore because Moo Moo is getting old.

He gave some advice for those who are afraid of dogs:

“I think it’s important to read their body language. I would never touch or pet a dog unless I get permission from the owner.”

“As long as you don’t taunt them and keep your distance when you see one that’s baring its teeth to you, then you should be fine.”

“If you were to teach your child with the right mentality, dogs can be your friends and not something that you have to avoid.”

Danial maintains that dogs are intelligent creatures that would go above and beyond for you if you treat them well.

“There are no bad dogs, only bad owners,” he says. 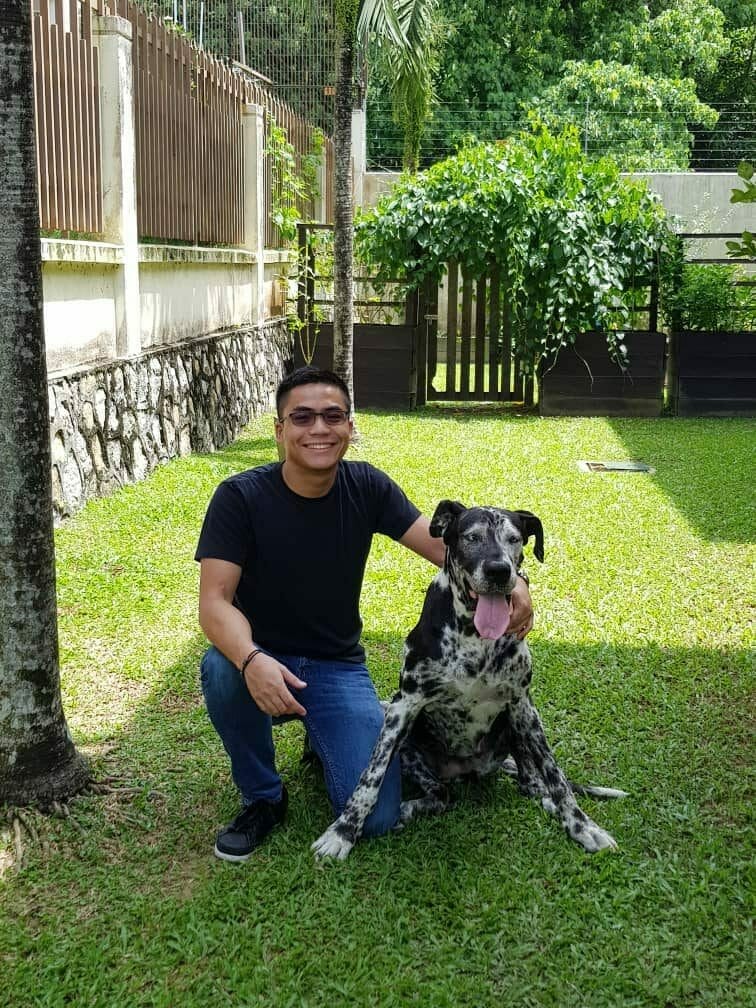 After having 6 cats, most people would choose not to have any more animals. However, after a break-in at her home, Farah* decided to bring in two dogs for protection.

She has two dogs named Nom-nom and Pipi. Nom-nom is a 2-year-old female Belgium Shepherd mix Golden Retriever while Pipi is a 4-year-old male Rottweiler.

“Nom-nom is very hyperactive and sweet. She likes everyone but because of her size, people would be afraid of her.”

“She’s so playful that she loves jumping on people. So if you’re not familiar with her, you would think that she’s going to attack you.”

Farah says she can tell through Nom-nom’s body language since her barks would sound different when she wants to play and when she’s feeling aggressive.

“Pipi is more stable. He knows how to guard the house and understand people’s gestures. He is very protective of us too.”

“We were afraid that Pipi would get lonely, that’s why we got Nom-nom to be his friend.” 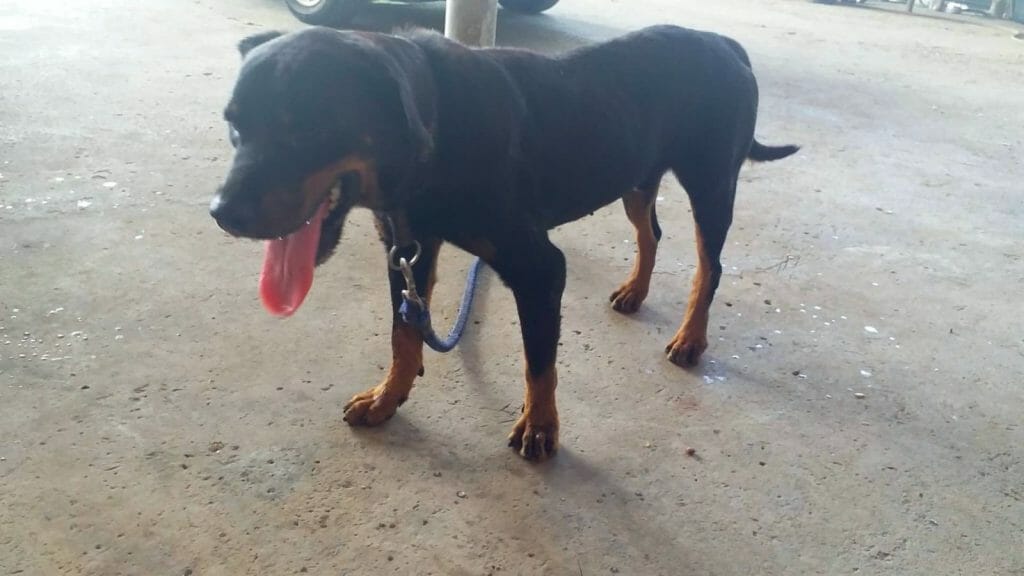 Farah thinks of her dogs as a part of her family.

She feels secure having dogs since they make great companions when she is home alone. They would alert her with their barks when a stranger approaches her house.

Farah explained that she has a special samak or sertu soap called taharah that she uses after touching Pipi and Nom-nom.

“When I run out of soap, I’ll just use the traditional way, which is using sand.”

Some Muslims or even her neighbours would be skeptical about her when they first saw her with dogs.

“After a while, they got used to it. Not only would my dogs alert me when there is an unfamiliar face outside my house, they would also bark when there’s a stranger outside my neighbour’s house.”

“They are amazing in scaring away unwanted people.”

When Nom-nom and Pipi were small, she would walk them. But now she doesn’t anymore so as not to alarm her neighbours.

Most of her neighbours are Muslims so she does not want to make them feel insecure with Pipi and Nom-nom being out and about.

They would roam around the premise of the house because it’s big enough for both of them.

“Plus, I am just trying to avoid those unwanted comments from random passersby.”

Traditionally, dogs are not considered haram. However, touching their fur when it is wet is considered najis (ritually unclean).

Contact with najis things brings a Muslim into a state of ritual impurity. Ritual purification (Sertu or samak) is then required before religious duties can be performed.

However, while the conservatives chose to avoid dogs completely, moderates believe it’s okay to touch dogs.  They just avoid their nose or mouth as those are considered impure.

There’s still a long way to go when it comes to the acceptance of dogs.

Hallijah thinks the best way to change Malaysian’s perception towards dogs is through a sharing session, where Muslims share information on dogs and how to treat dogs according to the Islamic teachings.

“If I were given a platform, I would definitely tell the people who are against dogs that in Islam, we are told to be compassionate towards all walks of life including animals.”

“The guidelines are all there in the Al-Quran and Hadith. We just have to read and understand it.”

Farah says: “I think people are against dogs because of the cultural, environmental and religious influence. If we were to educate them since they are young, then I think people would be more open-minded about this issue.”

Do you think it is okay for Muslims to touch dogs? Let us know in the comments!

For more stories about pets, read: 6 Things You Should Know Before Adopting Cat(s) For The First Time. 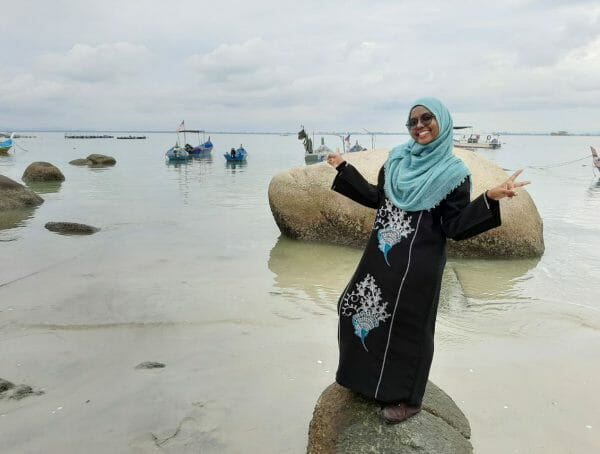 Real People
As A Mamak Living In Malaysia, Here’s What I Wish People Knew About Us