Hey KL-ites, have you ever complained about your commute to work?

If your answer’s no, you’re probably lying. (I’m kidding, but not really.)

Most of us can agree that getting in, out, and around the city is extremely stressful – especially during peak hours. 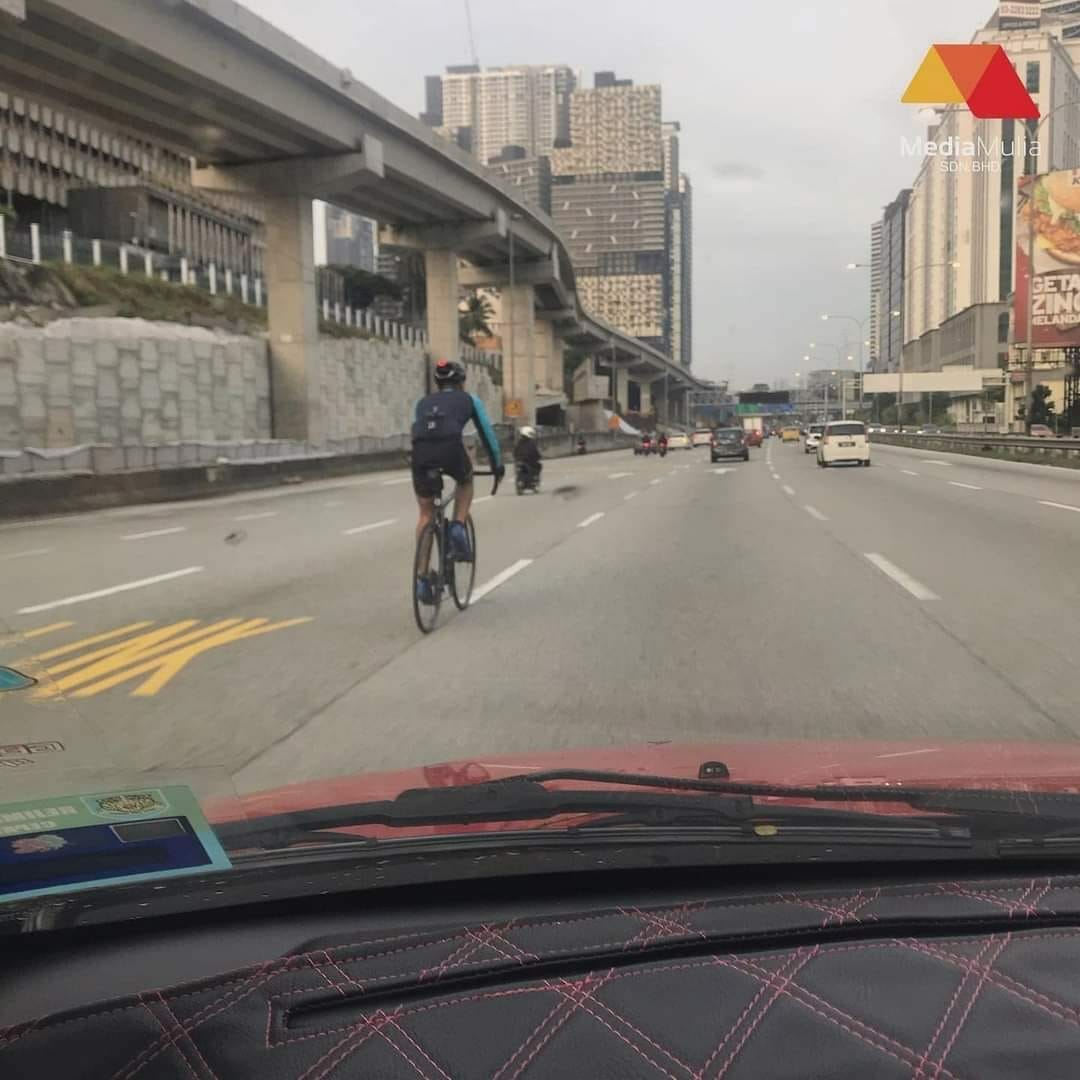 Last month, this photo of a man cycling along the Federal Highway surfaced online.

Many comments echoed with anger: “Ridiculous! Why would he think this is okay?”

But some pointed out, “He wouldn’t have to cycle on the highway if urban planning allowed for cycling lanes.”

There’s no denying that KL is a city built for cars. This is evident in the thousands of new highways sprouting out like the snakes from Medusa’s head.

This means pedestrians and cyclists are, sadly, not prioritised. 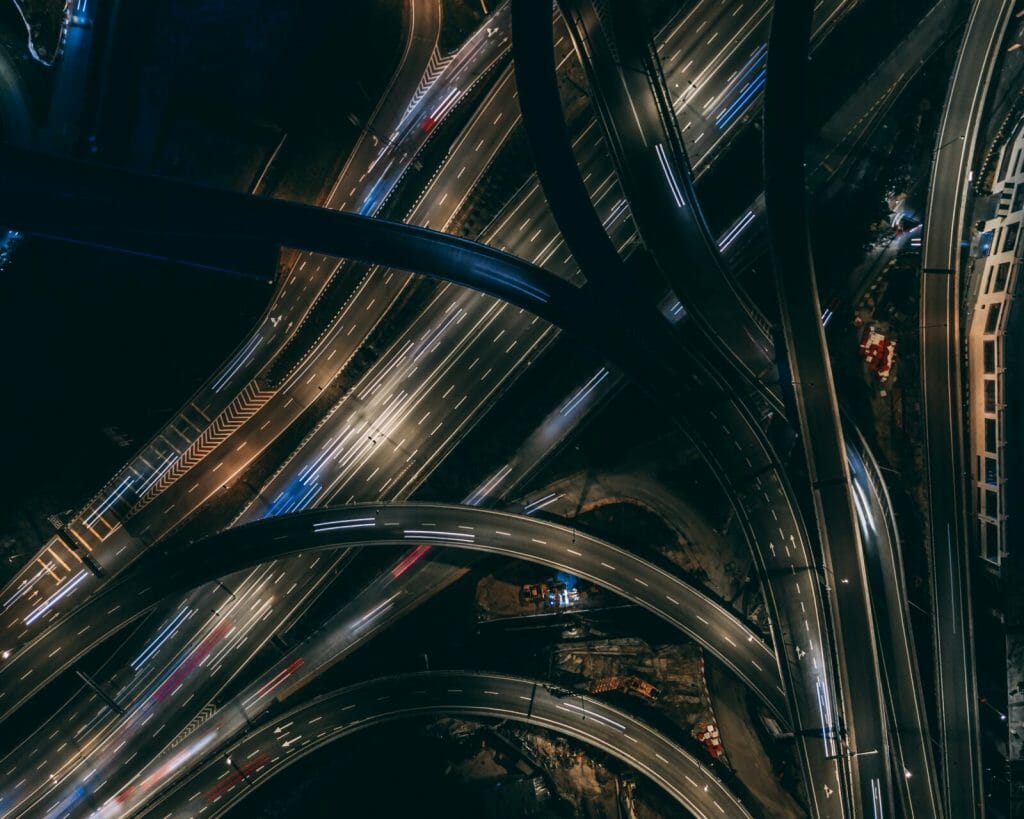 Photo by Fahrul Azmi on Unsplash

I remember once, before KL Eco City opened, I was at the Abdullah Hukum LRT station hoping to get to Mid Valley.

The walk could have been so easy — if I wasn’t surrounded by highways.

Instead, my trip ended up taking me over 30 minutes because there was heavy traffic and I had to wait for the Grab to pick me up.

It just doesn’t make sense, does it?

It’s been a couple of years now, and while we have made progress — such as with the River of Life project and the RM21 billion MRT Sungai Buloh-Kajang line — we still have a long way to go before KL becomes an ‘ideal’ city.

Okay, We Have Trains. But Why Aren’t We Using Them? 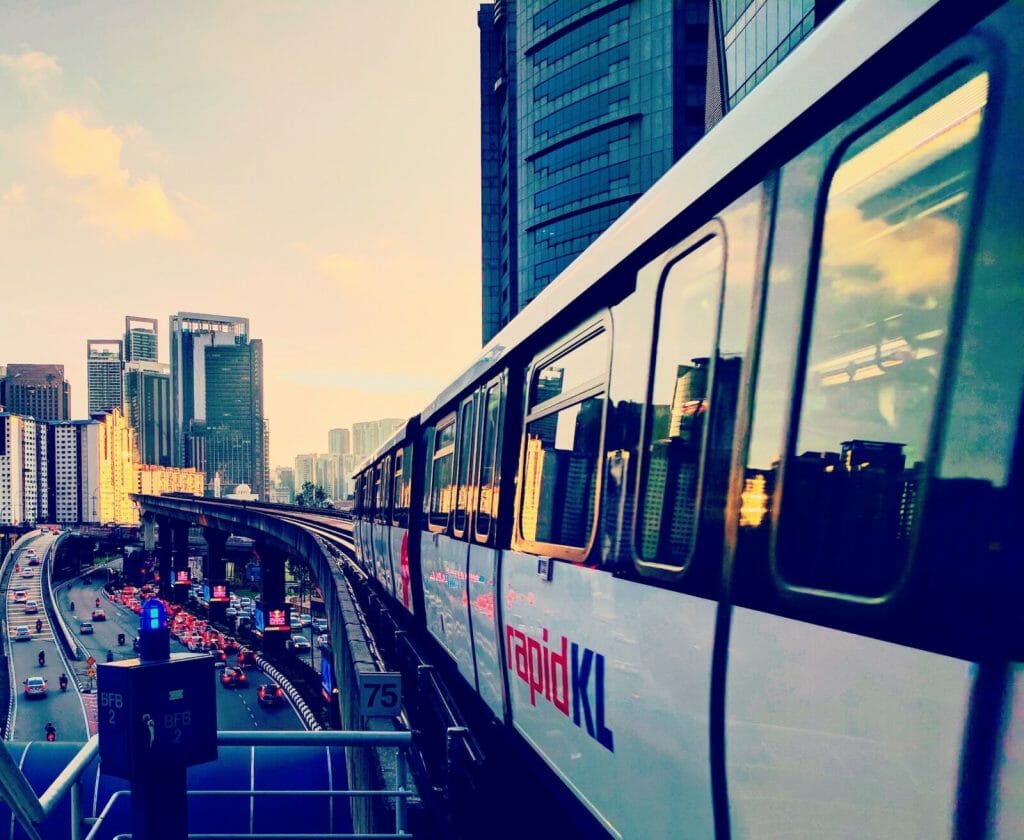 Only 20% of people use public transport in the Klang Valley.

Yes, 20%. Despite the amount of money spent on our MRT.

Why? The biggest reason is the lack of first- and last-mile connectivity.

For one, our buses are unreliable.

Can you imagine waiting in the sun and rain not knowing when the bus might show up? It’s like waiting for a long-lost lover — except, it happens every single day and instead of flowers, you’re bringing frustration.

So you might as well take a Grab the whole trip because it’s often only a little more expensive than taking it to the train station.

Jacob, who used to take the MRT from Cheras to Bangsar for work, shared his experience:

“I feel the MRT is reliable, but unless there’s a dedicated walkway to get to the stations, it’s pretty pointless. The buses are the only cheap alternative, but it can take a long time for one to arrive.”

Take a look at this Twitter thread that went viral back in November last year, which highlights how poorly placed our public transport stations are: 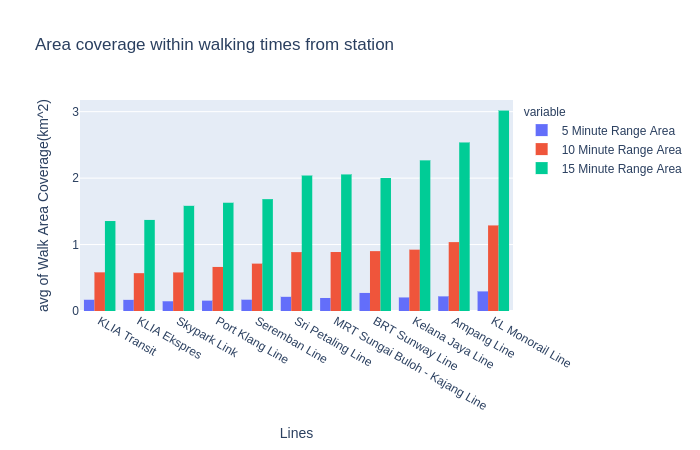 As the author, Nabil Ersyad, explains, the KL Monorail cuts through the most walkable areas, with around 3km2 that can be covered by a 15-minute walk.

In comparison, the “flashy new MRTs will need to catch up being almost half the coverage,” he added in a follow-up tweet.

Jacob echoes Nabil’s data. “Pedestrian walkways are non-existent! Everyone has to walk on the side of main roads because there aren’t any proper pedestrian paths,” he laughed.

Travelling through KL, have you ever noticed the blue bicycle lane in the city centre?

This RM4-million bike lane was launched in early 2018 to showcase DBKL’s green initiatives. Where it should have been met with excitement from KL’s cycling community, it was quickly criticised.

Without connections to residential areas for people to commute from their homes, people were wondering, “What’s the point?!”

Even if the blue lane was meant for recreational cycling rather than commuting, when CNA’s Amir Yusof went for a ride, he found it can be a “frustrating experience” with “honks, obstacles, and fumes”.

Doesn’t sound very fun, does it?

For this reason, Kok Loong, who has been a recreational cyclist for six years, says he doesn’t cycle in the city, except when a dedicated cycling event is organised.

Instead, Kok Loong and his crew would head to Putrajaya and Cyberjaya where there are clearly designated cycling paths, less traffic, and fewer highways.

“I personally feel the safety of oneself, your friends, and other road users should be the priority,” he shared. 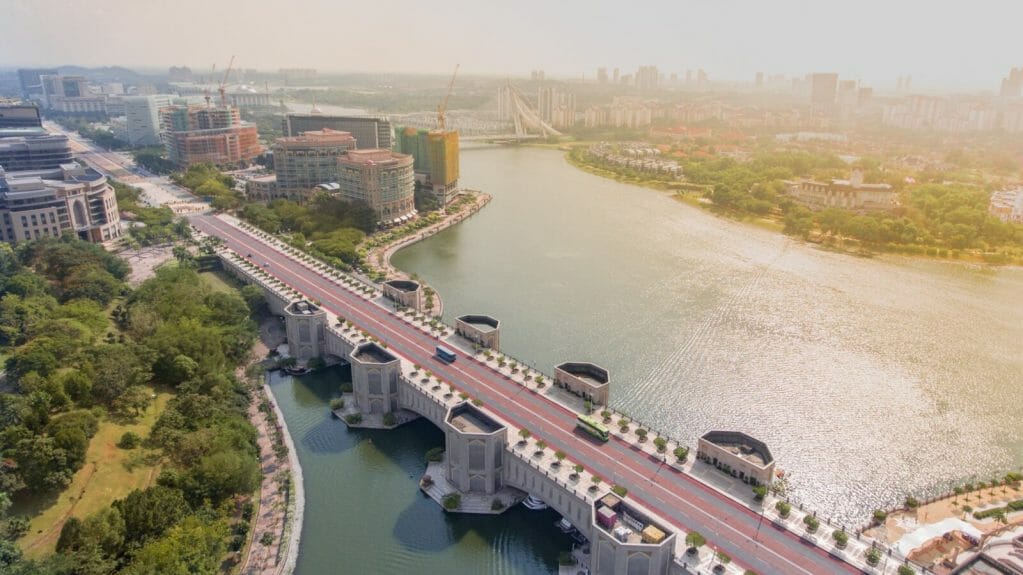 Photo by Ishan @seefromthesky on Unsplash

Why Do We Need More (and Better) Pedestrian and Cycling Lanes?

Or, “Who would even want to walk and cycle to work in this heat and humidity?!”

Let me explain why, in the long run, prioritising pedestrians, cyclists, and public transport users will improve quality of life in KL:

It saves us time and stress. We would have fewer cars on the road. This helps ease congestion, which means we might finally be able to say goodbye to the stress and time wasted from being stuck in traffic.

For Ana, who used to commute daily from Klang to Petaling Jaya where she works, public transport brings benefits.

“It is actually quite convenient. Since I don’t have to focus on driving, I get to catch up on sleep and avoid the usual morning jam.”

It makes for a healthier nation. Not only are we breathing in cleaner air, we are doing exercise. This also creates a massive boost to our mental health.

It adds life to the city. Everyone is out and about, instead of being cooped up in their own cars. 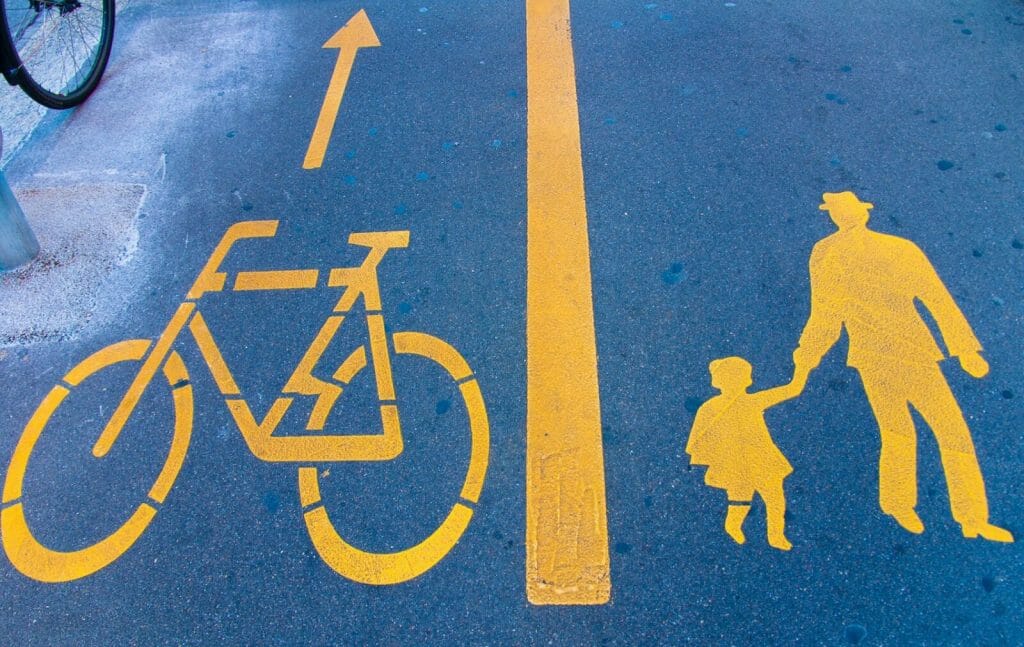 Photo by Robert Ruggiero on Unsplash

It makes our streets safer. With more people walking, cycling, and simply being outside, it becomes a little harder for criminals to ‘do their thing’ with enough witnesses around.

It’s more affordable. Imagine not having to pay car loans and simply owning a bike because that, and your own two legs, are all you need to get around KL.

It’s P.W.D. friendly. When driving is no longer the main mode of transportation, the city can also be more friendly to the elderly and people with disabilities.

A Vision for a More People-centric City 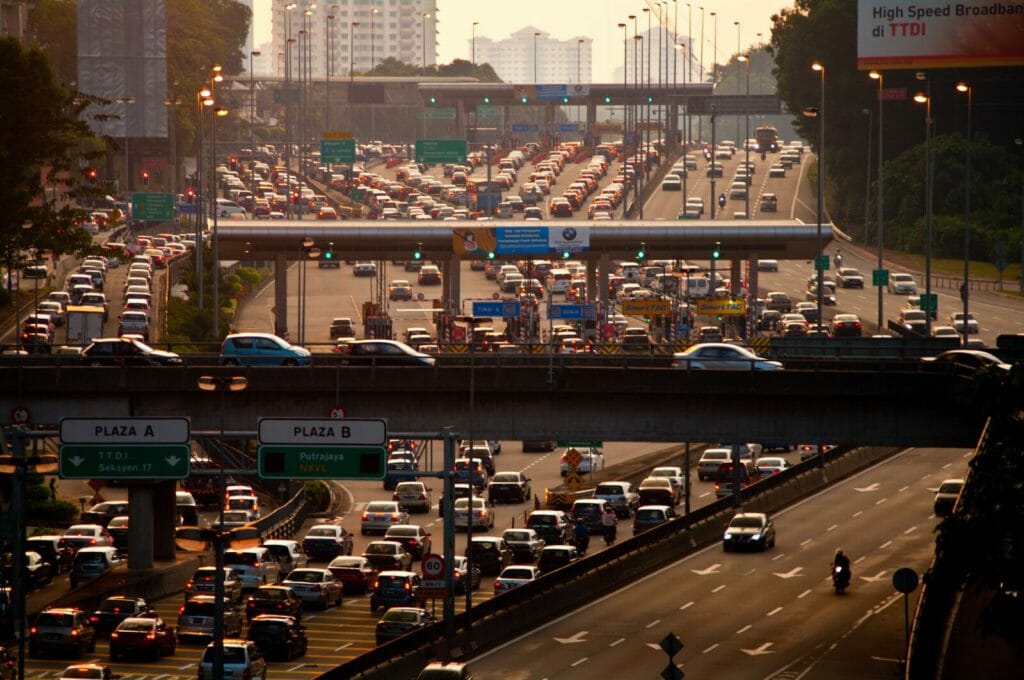 Famed Danish architect and urbanist Jan Gehl (informed by conversations with his wife, a psychologist) often talks about improving the quality of urban life by re-orienting city design towards the pedestrian and cyclist.

That is, we should build cities for people — not buildings and cars.

For KL, this means completely rethinking how we should develop our super car-centric city.

While we cannot hit restart and build KL from scratch, David Tan, a researcher with United Nations University International Institute for Global Health (UNU-IIGH), has said we can still make the city more walkable by taking inspiration from Oklahoma, US – where 600,000 people collectively lost more than 500,000 kgs in three years.

How did they do it?

David said it came down to health education for the public, adding in and rebuilding old sidewalks, and connecting walking routes. These made for a more seamless on-foot experience.

Of course, these are only just a few ways.

Taking cues from other walkable cities such as Singapore and New York, we can also experiment with road closures, automated pedestrian lights, and law enforcement of pedestrian and cycling lanes.

(We all know how much law enforcement is needed here.) 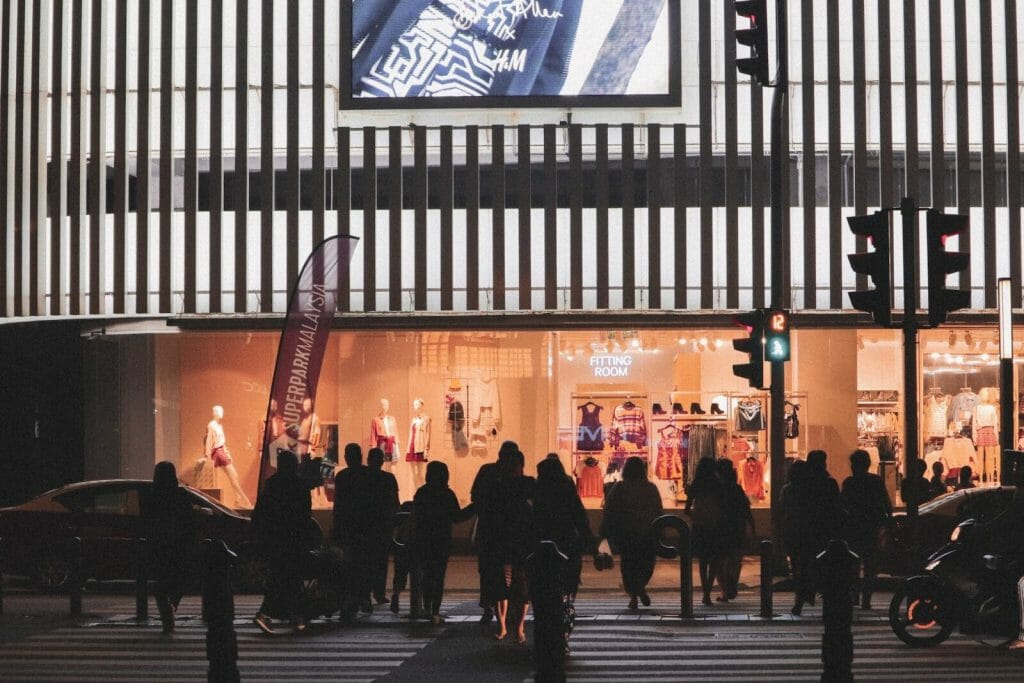 Photo by Kishor on Unsplash

According to city planner and urban designer Jeff Speck, a city’s streets must have four elements for it to be considered walkable — safe, comfortable, interesting (with attractive shop fronts or street markets), and useful (or well-connected to public transport and popular spots).

In KL, where pedestrian lights are rarely followed and highways dominate, we have a long, long way to go.

Yes, the heat is a problem. But, it can be tackled by building covered walkways, planting more trees for shade, and designing buildings that reflect heat away from streets. *slight nod to our sunny neighbour down south*

While the city has been making plans – for example, with the announcement in February 2020 that at least 10 roads in the city will be off-limits to private vehicles by 2025 – these may now be de-prioritised with the pandemic.

Still, at the end of the day, city planning has to be a collaboration between DBKL and us, the residents.

Where there’s demand, there’ll be a way.

For more stories like this, read: 5 Things Non-KL People Learn After Moving to KL and As A Woman, Here’s Why I’m Afraid Of Taking The LRT and Walking Home. 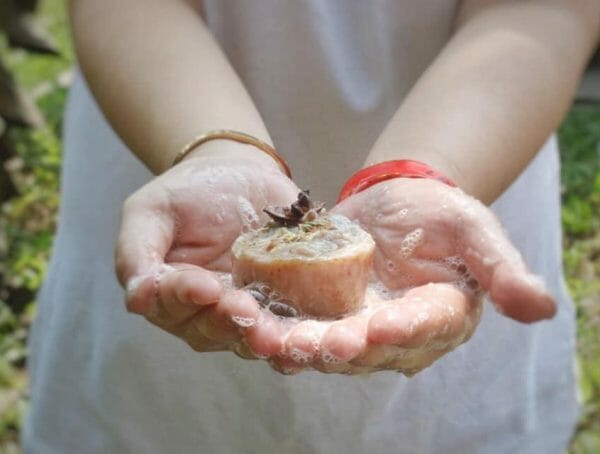