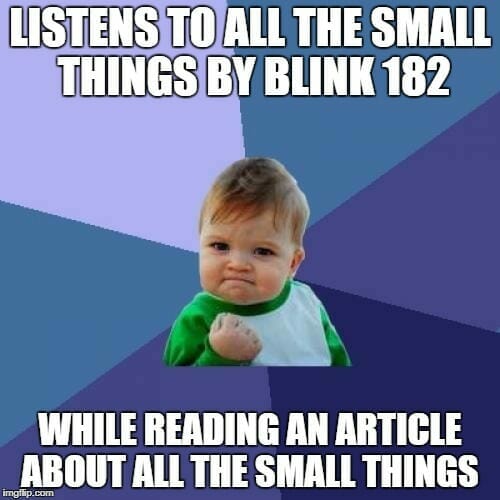 Let’s cut to the chase. Every girl is different. Each one will behave differently and like different things.

Still, girls are similar in many ways, and as guys, we have to start somewhere. What better way to learn, if not from the mistakes of other Malaysians?

Without further ado, here are their stories. Enjoy!

When one door closes, another opens

Mikail (not his real name), shared the one lesson he learned from his crush, who also happens to be his ex-colleague. She was working in a different state.

On a holiday to Melaka, he finally met her for the first time. From exchanging kisses and hugs on skype to having interesting conversations in person – he thought it was going well.

When Mikail finally confessed his feelings, it was met by a complete silence. Things got even more awkward when Mikail demanded, like a little baby, for a logical explanation.

And this is the reply that he got.

“You are not a gentleman. You don’t even open the door for me, among other things!”

Mikail was caught off guard. However, he decided to defend himself.

“Opening door is such a small thing la. Is it so important? I can do the big things for you. I don’t waste my time on the smaller things, things you can do yourself.”

She slammed the door in his face. Figuratively.

While he didn’t make it with her, he did learn something. From that moment on, he makes it a habit to open doors for everyone. It became second nature to him. Now, he loves it when he sees someone walking to a door – it’s his chance to step up!

That was also the time when he realised that opening doors is just good manners, making him a better person.

1)  Just open the door for the girl lah wei! Everything also must teach ka?
2) When crossing the jalan, at least take the lead lah. You can even pegang her hand if you think she’s comfortable enough with it, but let it go after crossing the road.

The weight of the world, off her shoulders

Eileen, a finance executive, used to like this particular guy a lot. He seemed to tick all her boxes.

Except on this one occasion, when she was carrying a lot of heavy baggage, and clearly struggled to move.

She expected him to offer her a hand (pun intended). It never came.

That killed her feelings for him completely. For her, it was such a big turn-off.

Meanwhile, Dida, a well-travelled Malaysian, echoed this sentiment. She said that some of the things which Malaysians can improve on are; helping to pick up dropped items (how difficult can that be right?) as well as offering to help carry things, especially when a girl is climbing the stairs.

She added that these attitudes are due to how most people were brought up. While adab or manners used to be prevalent in the good old days, it has now become a thing of the past.

3) Be rajin a bit and help angkat her stuff. (at least ask!)
4) Offer help depending on the situation, but don’t be a doormat.

Talk to the Hand

Siti, an IT executive, shared these tips about her husband, which she finds adorable.

One of the things she appreciates is that he still holds her hand while walking, which makes her feel appreciated, valued and cared for.

And regardless of how busy he is, he still makes time to call or text her. He asks how she’s doing, whether she has eaten or not and what she’s been up to.

There’s another thing. To top it all, he decided to raise the bar for the Malaysian guys. During meals, he feeds her, by hand! A gesture Siti finds super romantic. Who wouldn’t, right?

5) Ada tangan pegang! It’s romantic kan?
6) There’s WhatsApp, Facetime, Skype – plenty of ways to keep in touch. Use it. They notice it when you notice them!
7) Be romantic. In this case, by feeding her.

Respect is earned, not given

Shar, an activist, had this amusing story about her date. He decided to turn up one hour late, without any prior notice or apology. That’s three strikes in one go, and if this was a baseball game, he would have been walking out the field.

It wasn’t just blatant respect for her time – it seemed he also lacked complete respect for himself. He showed up with dirty, uncut fingernails and was poorly dressed.

Shar felt like she was in one of those disaster date prank shows, waiting for someone to tell her it’s a joke. She couldn’t wait for it to end.

Still, against her better judgment, Shar decided to go on with the date and give him the benefit of the doubt.

To add insult to injury, the conversation was horrible. It was one-sided and forced. It seemed as if Shar wasn’t even involved in the conversation. He didn’t bother to ask questions about her, choosing to talk about himself all night.

Well, at least it was memorable enough to make it into this article. Teehee.

8) Respect her time! If she can put on make-up and be punctual, what does that say about you?
9) Take care of yourself. Grooming is important! Nevermind long nails, bulu hidung sikit also they’ll notice a mile away!
10) Make the conversation two-ways, so it’s mutually fun and interactive.