For many, breaking up is an extremely hard thing to do. Still, it’s necessary when you don’t see yourself happy with your partner anymore.

But sometimes when you break up with someone, you end up regretting it. Why do you feel that way? And how do you move on?

Here is some advice to help you re-evaluate whether you did the right thing.

Did You Break Up Too Soon?

Sometimes, it might seem like you ended the relationship before giving it a chance. But how soon is too soon?

Too soon is when in the heat of the moment, one of you decided to say, “Let’s break up.” It’s basically when you jumped the gun without giving it much thought.

Break-ups like these will almost definitely end up with you regretting it. It won’t work well, even for you and your next partner.

Escape is not resolution! You’re just running from unresolved conflict which could possibly pop up in your next relationship.

You won’t change any of your bad habits if you choose to always run from it.

How I know I broke up too soon was when I was in a long-distance relationship with my college sweetheart. We were 6 years into the relationship, and it was beginning to feel strained.

We didn’t see each other enough and I suggested we call it off. We had a long talk and decided to go our separate ways. Peacefully.

It wasn’t until a year later that I felt regret and extreme longing for my ex-girlfriend. At that point, it was already too late to do anything about it. I just had to live with that regret and move on. 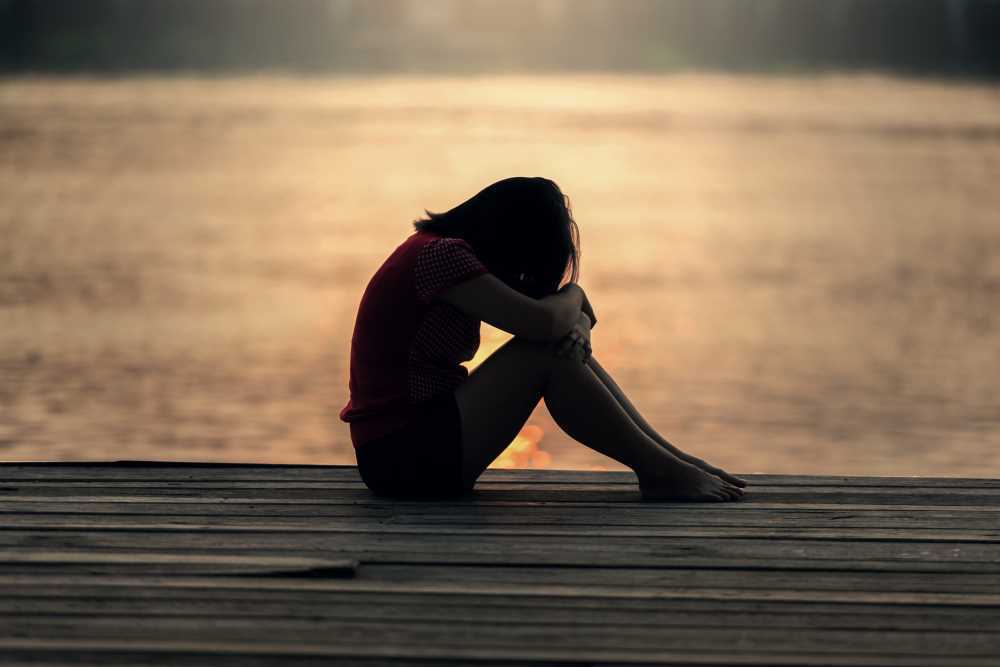 You Didn’t Get The Closure You Needed

Closure is when you get answers to why things ended the way it did. Closure is essential because we need it to heal and move on.

In this scenario, regrets happen when there isn’t proper closure.

Imagine this: your boyfriend tells you that he wants to break up with you. He didn’t say why.

You’re left wondering whether it was something you did wrong or whether he found someone better.

Over time, these thoughts evolve into blame – it could be self-blame or blame for the other party. You collect a great deal of anger and dissatisfaction within you.

So, in the future, if you’re really going to break someone’s heart, tell them why you had to do it. Give them a reason to mourn and move on from the pain.

You would be doing both of you a favour.

Loneliness is one of the worst reasons for regret. Are you feeling lonely now because you’re no longer in the relationship which you thought was the best ever?

You know you’ve been with this person for the longest time. Which explains when you’re out of this relationship, you’ll miss this person. You have sudden urges to text or call your ex to ‘talk about it’.

Trust me, DON’T! Before you dial that number, ask yourself – are you doing this because it’s actually the best thing for you?

Chances are, you’re in denial. Because most of the time, when you’re longing for an ex, it’s only because you’re lonely and missing their company.

If that’s the case, honey, you’re clearly in the relationship for the wrong reasons.

I’d be lying if I said I’d never called my ex in the dead of night just because I miss her. At the end of the day, you realise that you only miss them when you’re alone.

A good piece of advice is, go date yourself. You owe yourself that much. When was the last time you did something for yourself?

You Let Your Ego Get The Better Of You

Let’s face it, in most cases, pride is the root of all problems.

Gents, this is especially for you. I’ve seen men wanting to be right so badly that they antagonize their partners to their breaking point.

I’m not saying that women don’t have the same issues. They do too – just not as often as men.

If you think that things ended because one of you couldn’t swallow your pride, it’s not going to work regardless of how many tries you give it.

But if you understand that a simple “I’m sorry” can make things right, you have your answer right there.

The question that matters most is, “Is your ego more important or your relationship?”

I had my fair share of letting my pride get the better of me. It usually ends up with days of cold wars with my ex-girlfriend. In the beginning, you may feel like you’re winning the argument. But the longer it goes on, the more you’ll feel terrible about it. This can create a rift between you two – ultimately, leading to the break-up.

So, guys, set aside your ego lahhh. It’s not worth losing the woman you love.

You’re Still Having Sex With Each Other

Okay you’re still having sex with your ex. It makes sense, right? It’s something familiar, and it still feels good. You’re thinking that nothing can go wrong since you’ve both drawn the line, right?

You cannot move on if you’re still on top of each other all the time. Deep down, you know clearly that you’re no good for each other, but the thought of letting them go kills you.

We all understand that intimacy with someone familiar is one of the best feelings.

But please lah, good sex is not the equivalent of a good relationship. So, stop boinking each other and get your head straight – move on.

I have experience in this topic. Six months after breaking up with my college sweetheart, we were still boinking each other. I knew the risks of being involved with my ex-girlfriend sexually. Feelings could emerge again.

And I was right.

At the last stretch of this sexual relationship, she was hoping that I would change my mind and reconcile with her. Long story short, I didn’t agree, and things turned sour between us. 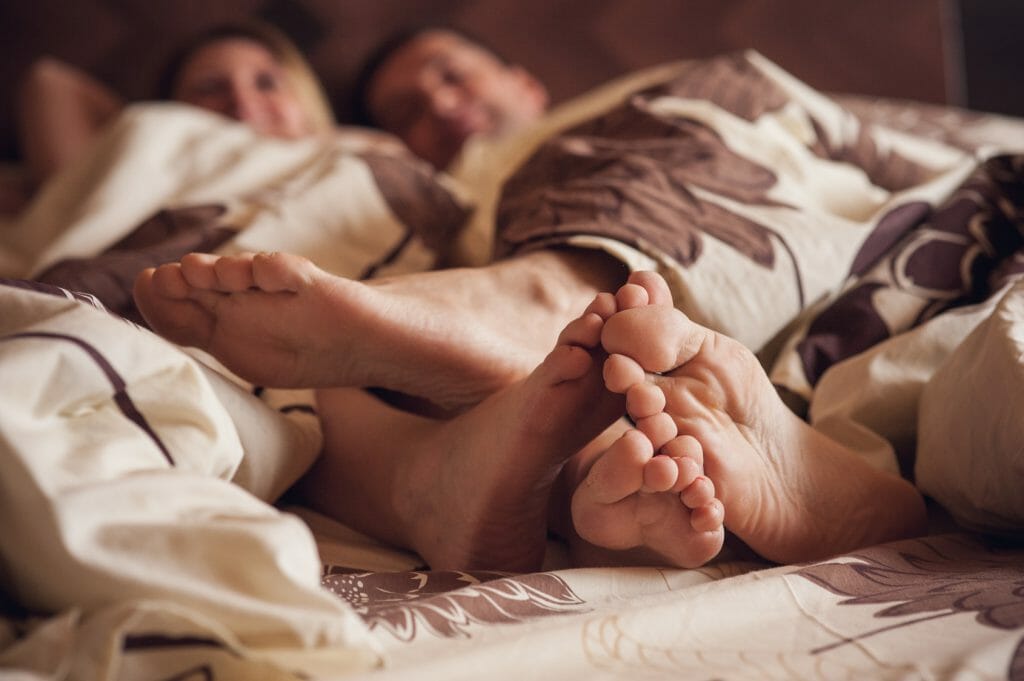 You Don’t Know How To Be Single

To all you readers out there, this will be a very uncomfortable question to ask yourself – are you that desperate to always be in a relationship?

Take a step back and think – how quick do you jump from one relationship to another? This isn’t a competition where the faster you get a partner the better.

An important thing you need to realise is you’ll never feel comfortable with yourself if you only feel complete in a relationship. You should strive to be whole without needing someone else. Self-discovery is your greatest reward.

I was in a string of relationships for 10 years. Yes, you read it right – I had never been single for a long time in 10 years.

Alright, so it was only two relationships – but 10 years is a long time. All I knew was life with the other person.

You were never really alone, and never had the time to discover yourself. You don’t know how to be single and self-sufficient.

It’s torturous because you won’t even know what your likes and dislikes are anymore. Whatever you like to do now, they’re all influenced by your past partners – you’ve adjusted your lifestyle around theirs, losing yourself in the process.

I want all of you to know that it’s alright to be single but not available. Take the time to know and find yourself. Being alone doesn’t mean you’re lonely.

In fact, being with the wrong person can make you feel even more alone than being on your own.

See, I get it. Most break-ups are heartbreaking. Eventually, you might regret you went through with it.

Know that it’s all part of the process and absolutely natural. If you guys are thinking to get back together with your exes because of all the above reasons, I’d advise against it.

Like you, I had my regrets too, but I believed that time will heal everything. I don’t feel regret anymore, but I got a clearer picture of myself and who my future partner should be like.

For more articles on breakups, read There Are No Bad Reasons for a Break Up, and Can Ex(es) Stay as Friends? Malaysians Weigh In.