The education sector in Malaysia is growing rapidly every year, which provides more options for parents to decide where they should send their children for school.

Among the various schooling alternatives available, the most common ones by far are public school, private school and homeschool.

Private schools are privately owned and do not rely on government funding. Students pay tuition in order to attend a private school, and most follow the national and international curriculums, such as IGCSE.

Homeschooling means home education, where a student receives education outside of a school setting. It is usually conducted by parents and private tutors at home, but alternatively, the student may attend a homeschooling centre. The most common curriculum used for homeschooling is IGCSE. 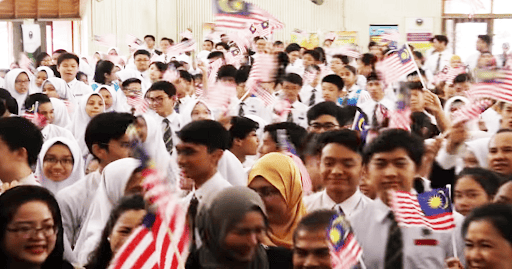 “Based on my experience in a less competitive schooling background, I find that public schools are more suitable for those who focus less on academics and workforce skills,” Bernice said.

Bernice isn’t alone — many Malaysians have complained about the public school education system, but they still enter them due to the reality of its low cost and affordability.

The cultural exposure and extensive community interaction with other schools are among some of the benefits.

However, creativity can be severely limited and lesson content structures are not properly catered to suit the students’ understanding capability in public schools.

“Public schools teach students to memorize rather than understand what they’re reading. Plus, the obsolete education content and lack of subject choices put me off,” Bernice stated matter-of-factly.

“My experience in public schools can basically be summed up into an entire cultural exposure of the wealthy and the fortunate ones, socialites and the nerds, the ones with good grades and the ones with bad grades,” Jonas expressed.

On the flipside, the teachers can sometimes be overaggressive due to the stress of managing a large group of students in each class.

Slow learners are pushed to low-tiered classes based on their ability to study, which creates a false sense of superiority in the upper classes and a sense of inferiority in the lower ones.

Keira listed free education, additional co-curriculum activities and affordable health check-ups as some of the benefits of public schools.

But she is dissatisfied with the constant changes in the Malaysian education system.

“When I was still in a public school, there were talks of changing the science and mathematics subjects into Bahasa Malaysia,” Keira said.

“It felt like a backward move because other countries were trying to move forward to learn and adapt to the universal language, which is English,” she explained.

Keira’s family ended up transferring her into a private school instead, due to the unpredictable nature of the Malaysian education system. 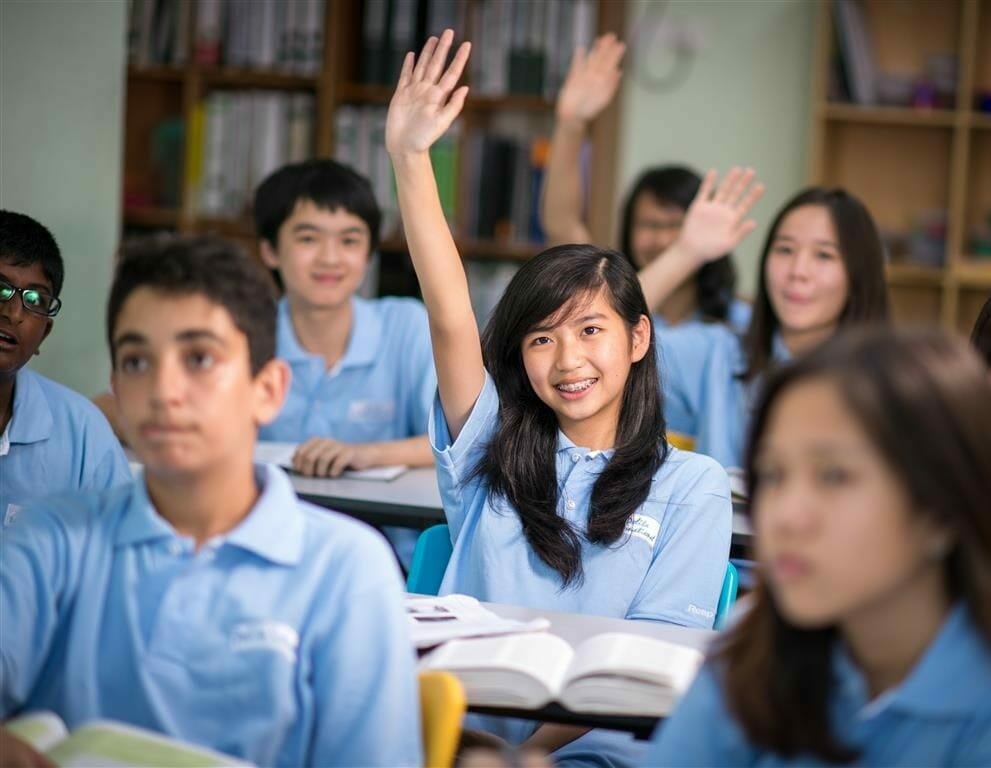 Private schools are most commonly acknowledged for their environment and facilities.

“I think the biggest benefit of going to a private school is that you’re free to enjoy the provided facilities,” Amanda said.

Shion believes that smaller-sized classes are beneficial, since the teachers pay more attention to the students that are struggling with their studies.

Alex thinks that private schools benefit students more, as they actively encourage students to shape a mind of their own.

This is guided by the well-thought-out syllabus, which develops their critical thinking skills and problem-solving skills more thoroughly.

For Keira, the best thing about the private school she attended was the unlimited freedom of expression and choices. It unleashed her inner creativity and encouraged her to be innovative.

“The school that I went to had a revenue club, and I had the chance to learn how to make money. How cool is that!” she exclaimed.

Nevertheless, Shion and a few others pointed out the expensive fees of private schools as a disadvantage.

He further mentioned that the social culture that permeates private schools could amplify the effects of peer pressure to an unhealthy degree.

“There are more rich kids in private school, and it might cause you to spend more in order to fit in,” Shion cautioned. 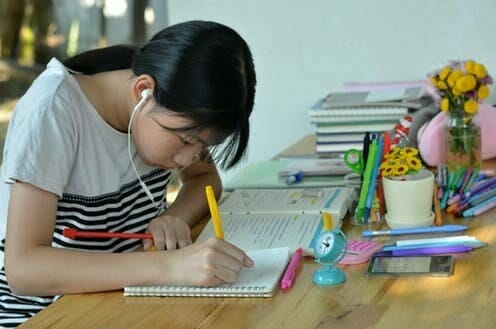 The lack of peers around is one of the most commonly mentioned benefits, because it means fewer disturbances while studying.

It also means that there’s less competition, so there is more productivity and motivation to get things done instead of expending energy comparing oneself with others.

“This was the time I rivalled with myself to score better, and I felt more motivated than ever to complete my studies and get good results,” Keira said.

Homeschooled students get to study at their own pace and sign up for IGCSE exams as a private candidate whenever they are ready.

Keira said this was the most efficient method for her to learn everything she needed in order to go for the IGCSE examination.

Homeschooling is all about being independent and patient. Not having someone to provide answers and explanations all the time required the students to become their own teachers and rely on themselves more. 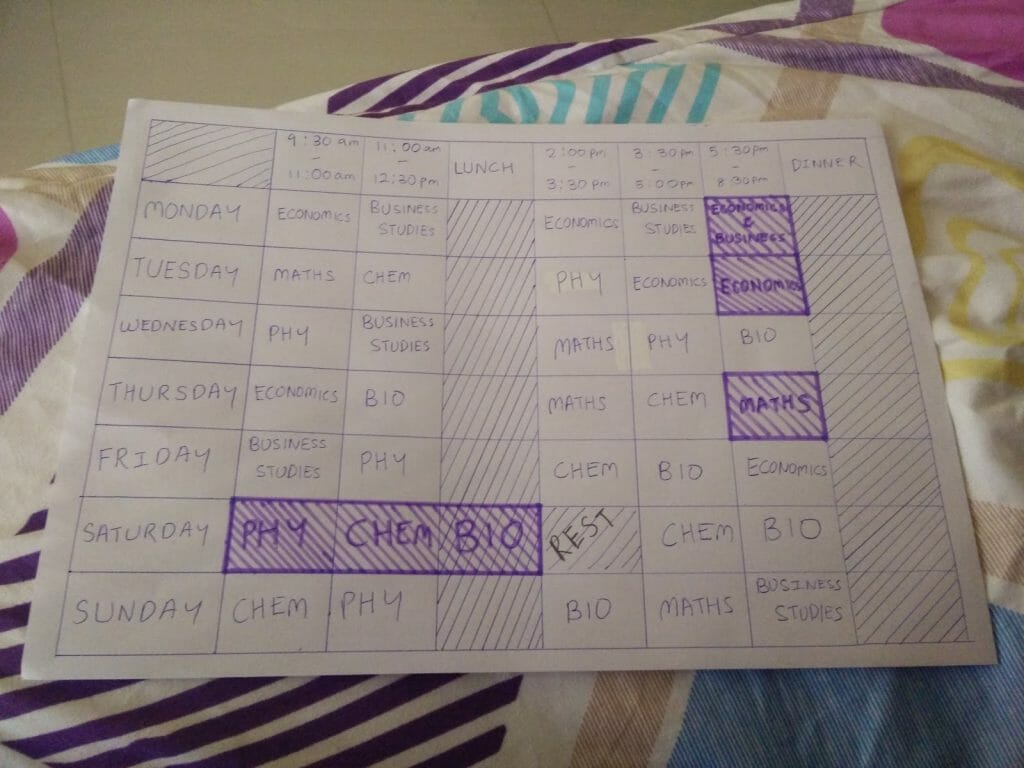 [The writer’s personal timetable when she was being homeschooled in 2017.]

However, the absence of restriction means more distraction – this is why homeschooling is not made for everyone.

It takes a lot of discipline and determination in order to make it work.

Being at home most of the time, it feels almost impossible to treat it as a place to study long hours because there are clearly much more tempting things to do, like watch TV shows or play games.

The lack of interaction could also result in loneliness and weak social skills.

Keira stated that she felt like she was becoming antisocial due to the lack of peers and social support around, and it made her feel lonely.

Shion echoed that sentiment. “Not having a school life means fewer friends to hangout with,” he pointed out.

Is the Malaysian education system failing?

Keira prefers the UK IGCSE syllabus, because she thinks the syllabus in public school is not intellectually stimulating enough.

“The textbooks just feed you what they want you to say, but it’s not what you really think. There’s no interrogative thoughts when sitting for the exam; they just want you to answer and that’s it,” Keira stated.

“The Malaysian education system has made a huge leap on their efforts to improve malaysian studies but in my opinion, it’s not really about how much they can learn but how much they value learning in life,” Jonas commented.

He explained that the recent implementation of a higher knowledge ceiling may increase the students’ knowledge in the long run, but it does not guarantee that students will carry such knowledge over to their university studies.

“I think cultivating healthier and more intuitive methods of studying will vastly improve efficiency and a deep appreciation for learning as a lifelong vocation,” Jonas expressed.

For more stories like this, read: Why Are We Malaysians Dissatisfied With Our Education System? and What’s The Difference Between SJK(C) and SK Schools?