My Tua Ee Po Was The Center Of Every Hungry Ghost Festival, And Now She’s Gone 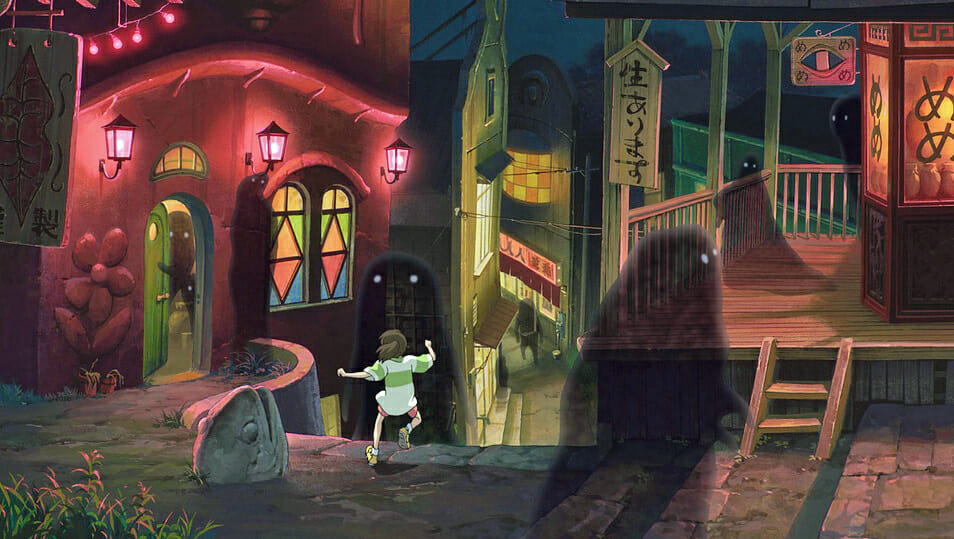 Hungry Ghost Month as illustrated by Spirited Away (2000)

What is the Hungry Ghost Festival? In Chinese, it is ‘Gui Jie’ and is known as the scariest month of the year.

According to the Chinese Calendar, the Ghost Festival falls on the 15th night of the 7th month (which is probably right about now).

During this time, the spirits of the lower realm visit the living, and the living pay homage to the spirits by preparing food and hell money for them.

As a child, my family didn’t really celebrate the Hungry Ghost Festival. Mum was a Christian and Dad didn’t believe that ghosts got hungry only once a year.

So, I learnt all about the Hungry Ghost Festival from my Mama (grandmother in Hokkien) and her eldest sister, my Tua Ee Po. 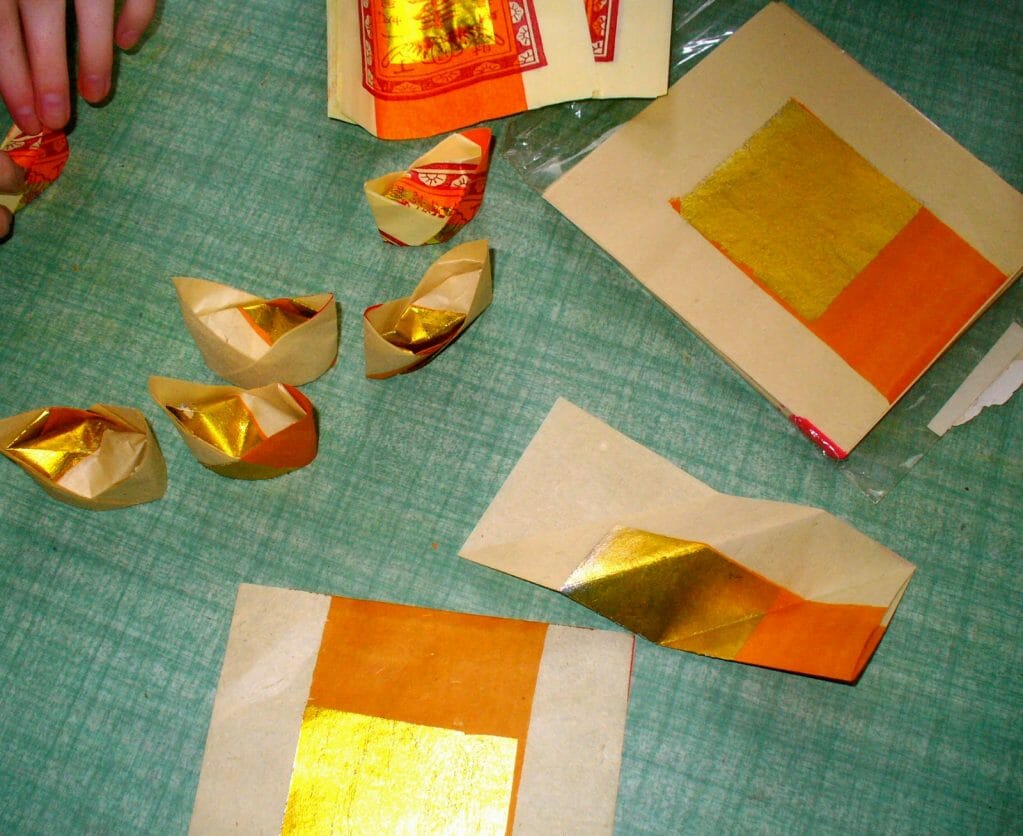 Image via Celebrate the Circle

Tua Ee Po was a devout Taoist and back then, she would get Mama and I to fold the hell money, which is basically gold ingots made of paper.

I was never really into origami, and I hated folding the hell money. It didn’t help that the silvery foils of the hell money would always flake off and stick to my little hands.

But for every certain number of gold ingots folded, I would be rewarded with a White Rabbit Creamy Candy. That candy was the gold standard of children’s candy back in the 90s and was worth all the hours of folding. 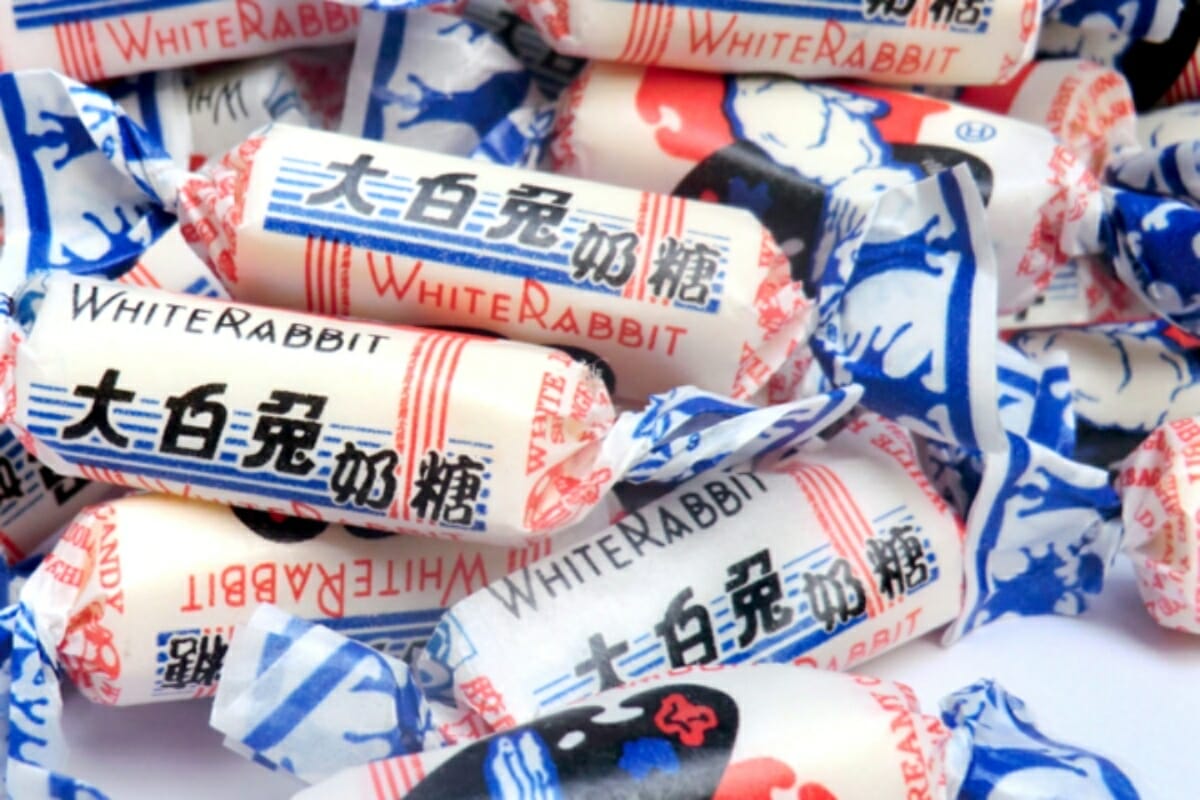 Image via Hype My

On the day of the festival, Tua Ee Po would drag a wooden rectangular table from her storeroom and place it smack dab in front of the main door.

Covering the table with a bright red cloth, she would gently place a little brown vase filled with soil and sand at the head of the table and insert three huge joss sticks into the base.

In the evening, Mama would light the joss sticks as a spirit offering. As the aroma of incense filled her whole house, my cousins and I would have fun swirling our hands through the smoke. 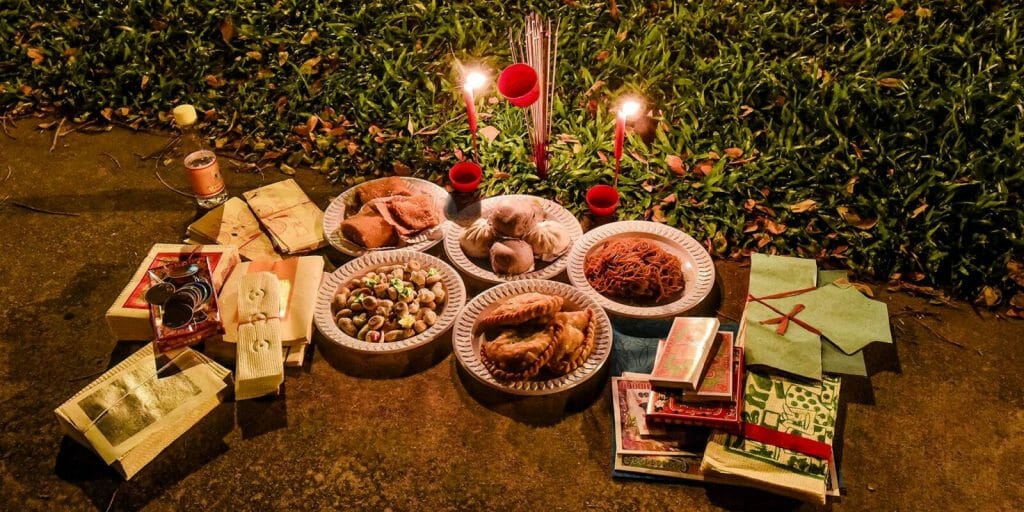 After a round of ‘prayers’, Tua Ee Po would burn the hell money in what looked like a Chinese Ding. The idea is that the living should make offerings of paper money to their ancestors, so they can continue to live comfortably in the afterlife.

And finally, the whole family would get to eat a very late dinner.

A few years later, grandpa passed away. At his funeral, Mama bought a paper mansion and a miniature paper Mercedes.

I was probably six or seven at the time and was very much in love with Barbie dolls. The size of the paper mansion was just about right, so I asked Mama, “Can I keep it?”

I was given an earful in front of all the elders (and rightfully so!), which to this day was one of my most embarrassing memories. 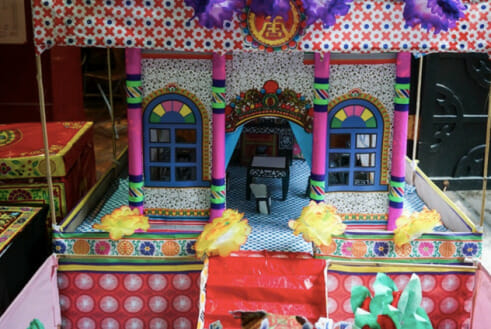 The years that followed were filled with annual visits every September to the traditional joss paper shops. There, Mama would purchase the joss papers of silver and gold to be folded into ingots.

Visits to the shop were always very interesting. You could find all sorts of papier-mâchés from clothes, shoes, cars, and handphones. In the back corners of the shops, they even stood life-size papier-mâchés of maids or servants.

For some reason, that part of the shop always spooked me. I didn’t like how the pink papered maids and servants looked like, with their soulless stares. I was always afraid they would come alive at night, steal into my house, and drag me to hell with them. 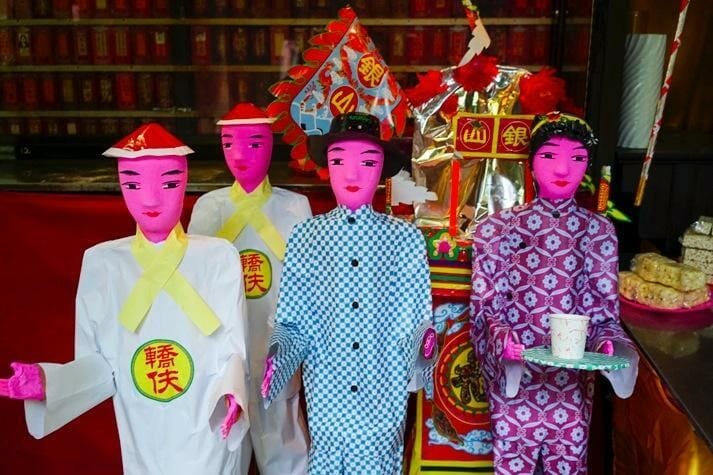 So I would usually just browse through the rows of paper offerings that were displayed at the outer part of the shops while grandmother did her ‘shopping’.

Each year would bring forth a new item, such as an upgraded handphone (from the old Nokia models to the latest Samsung ones), cigarettes (grandpa was an avid smoker so this item was a must), toiletries and care kits, as well as a great variety of credit cards that replaced the hell money.

While this year’s Hungry Ghost Festival is more of a quiet affair, no one can deny that the hungry ghosts have evolved with the times.

The burning of paper credit cards, paper iPads and even paper face masks can be seen in every funeral shop corner. These items are also available online so everyone can adhere to social distancing too.

Even though the festival has moved with the times, the essence of the festival still remains; this centuries long tradition still prioritizes filial piety.

People who observe this festival believe that their ancestors should enjoy the same things that they have, and life in comfort and financial stability, even in the afterlife. 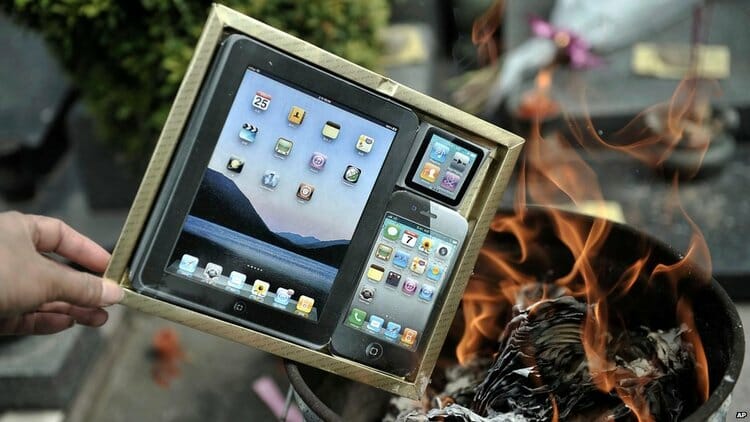 Image via The Messy Nessy Chic

With Mama and Tue Ee Po’s passing, we no longer celebrate the Hungry Ghost Festival. But even though we don’t burn joss sticks for them, we still visit their tombstones and plant their favourite flowers on their graves, in remembrance of them.

Many of the younger generations have also stopped this practice. But come the 15th night of the seventh month, Chinese of all generations still hurry home before 7 and lock their indoors. Nobody wants to have a wandering spirit attach themselves to you and follow you home!

I guess deep down, we all still fear the afterlife somehow.

While the Hungry Ghost Festival is slowly losing ground among the younger generation, there is no denying that we should all still respect those who have passed on before us. So remember them, pay tribute to them and if possible, share their stories with the younger generation so that their legacy will live on.

“Tomorrow is never promised, so love and appreciate the people who are in your life.” – anonymous 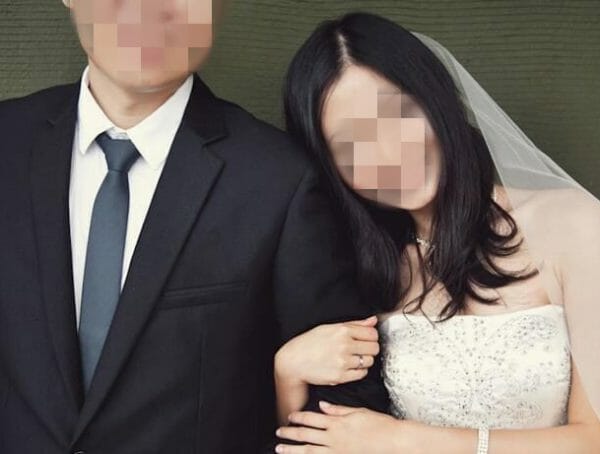 Real Relationships
I Wanted A Small Wedding, But My In-laws Wanted A Grand One and It Cost Us RM30,000 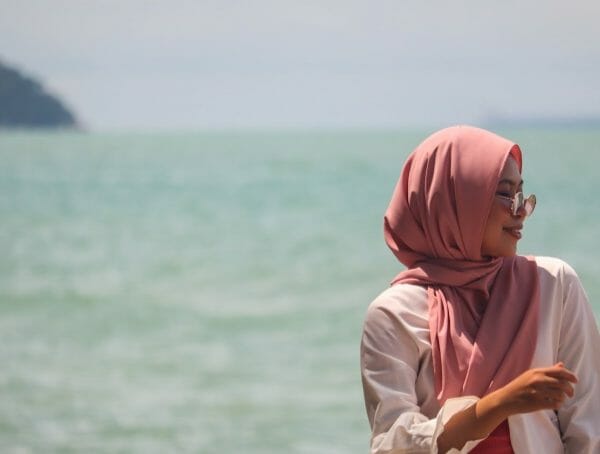