Job interviews are hard to land these days. If you do manage to get one, consider yourself lucky!

However, more than half of those who attend interviews don’t hear back from the hiring company – apart from the polite “Regrettably, we would like to inform you that you have not been selected…blah blah blah.”

We understand that interviews can be nerve-racking. You’re trying to impress your potential boss, which is no easy feat. With your nerves working against you, you’re likely to make mistakes.

Based on my experience as a HR person, here are the most common mistakes Malaysian jobseekers make. Read on to know the four basic things you should NOT DO during job interviews.

Let’s start with the most basic of basics – read and reply your emails.

Why? When you’re being approached (or as I like to call it, headhunted), it’s always good to let the prospective hiring manager/company know if you’re interested to attend the interview.

You see ah, the biggest problem with Malaysians is that we don’t know how to say ‘No’. We want to always give good news and not bad news. We worry people will have a bad impression of us when we say no.

But that’s where you’re wrong!

If you’re not interested in the position, a simple, short, and polite email saying why you don’t want to proceed goes a long way. It saves time for everyone involved.

But nope! Many just decide to keep quiet and expect the hiring managers to know what you’re thinking. There’s a word for this in the dating world – ghosting. And you just ghosted your potential employer and burnt bridges.

When you ghost a potential hiring manager, you’ll never know if they keep you in the books and blacklist you from attending any future interviews. This could be with the company or themselves, personally.

Imagine that you’re applying for Apple and the person you ghosted is now Apple’s hiring manager. Do you think he/she will remember when you ghosted them two or three years back? 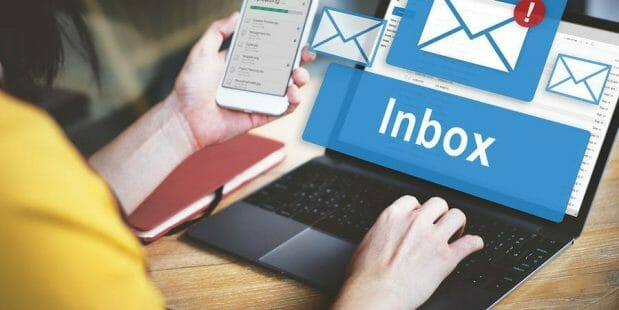 I once had this personal experience of setting up an interview with one of my candidates. He’s got relevant experience and showed interest in the position.

We set a date for the interview the week after I approached him. Before the appointment, I kept the conversation warm with regular follow ups.

Two days before the supposed interview, there was radio silence. I thought he might have been busy the first day, so I waited. However, the second day came and still, nothing.

I waited for him at the appointed time to see if he’d show up – he didn’t.

Afterwards, I sent him a long message saying how unprofessional he was, and that I would be removing him from our list of prospective candidates. After all, he didn’t even have the decency to inform me ahead of time that he could not make it.

I’ve not heard from him since.

Regardless of your experience and skills, these little things are a big factor in whether you get hired or not.

Remember, interviews are all about first impressions. You don’t know the managers and they don’t know you – they’ve got absolutely no reason to give you the benefit of the doubt.

If you really are running late, call them up at least 30 minutes ahead of time to let them know how late you’ll be. Of course, this isn’t ideal (you should not have been late in the first place), but at least you get brownie points for doing the right thing.

Showing up late usually indicates a lack of commitment, planning, or responsibility. And unfortunately, it’s one of the major deal-breakers in any interview.

If you can’t avoid being late, always have proof. Make sure it’s a legitimate reason. Otherwise, treat your appointment date as sacred – give yourself ample time to be punctual.

I know everyone has a favourite outfit or dress. But please lah, don’t show up in an interview wearing jeans and/or sneakers. Slippers are obviously a big no-no too.

We all know that many companies practice casual wear to work – but make sure you got the job first mah. Before getting the job, dress formally for the interview. When it comes to a professional setting, remember the rule: better overdressed than under!

Men, dress formally. That’s easy because men’s formals are typically a shirt, tie, and dress shoes. A suit can be overkill (although not necessarily bad) but never forget the tie. It’ll make you look professional and smart.

You can go with the corporate lady power suit look or keep it simple with a decent dress.

Showing up to an interview with something that leaves little to the imagination is highly not recommended.

In fact, it’s considered unprofessional when you dress seductively to an interview. It gives the impression that you’re trying to pass the interview by seducing the hiring manager (if he’s a man). 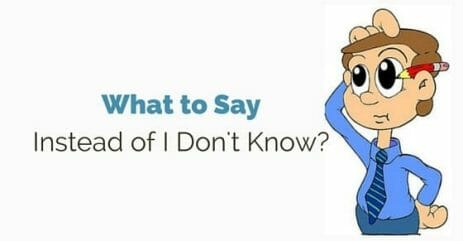 These three words can cost you everything. You can have all the skills, certifications and qualifications, but the moment you throw out the phrase, “I don’t know”, your interview is doomed.

As humans, we don’t just look at qualifications when hiring people. Their attitude and mindset matter too.

Saying I don’t know is just like saying “I don’t care.” Employers don’t like candidates that don’t show any initiative to learn. A curious mind can get you far in the working world, and saying I don’t know impedes that journey and growth.

If you really don’t know, follow up with statements like, “I will find out more about that as I do not know much about it now,” or “I’m happy to learn more if you’d be so kind to share with me.”

These statements can save your interview even when you don’t know something. But don’t lah go to the interview knowing absolutely nothing. That one, no matter how much you pray also cannot get lah.

I had this one experience in hiring a finance manager. The lady was accomplished and had been in the industry for 18 years. However, her previous company was downsizing and she was let go.

You’d think she would know better than to throw out an I don’t know during an interview. However, she said I don’t know to the easiest question – “When can you start?”

Because of that, I had to tell her that she wasn’t accepted, and we went our separate ways. She was not hired because everyone in the company found it unbelievable that a manager with more than a decade of experience doesn’t know when she can start work.

That being said, do realise that interviews are not designed to drill candidates about their qualifications. It’s a chance to present yourself, and for companies to see how you interact with the interviewers.

As long as you’re prepared, presentable, and confident, you’ll do fine. Don’t rush through your pitch. Speak clearly and stay composed. Avoid these four mistakes, and you’ll most likely proceed to the next stage of your interview.

Hopefully this was helpful to all of you job-hunters out there! Good luck!

For more articles on Career & Skills, read Millennials, Here’s Why Job Hopping Should Be Acceptable, and What to Expect When You Go Through a Career Change. 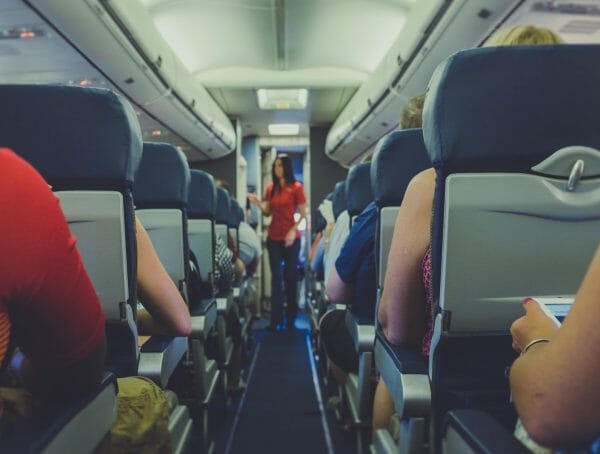 After The First Round Of Retrenchments, I Thought My Job Was Safe. I Was Wrong.

I had to read the email multiple times before it sunk in. I was no longer going to be …