A couple months ago, PDRM raided 3 clubs in Mutiara Damansara. 310 individuals were caught and issued a RM1,000 compound per person.

In the past, I’ve read similar articles: a group of friends caught for organising a private party in KL, people caught for partying at a club in Mont Kiara, Cheras and so on. 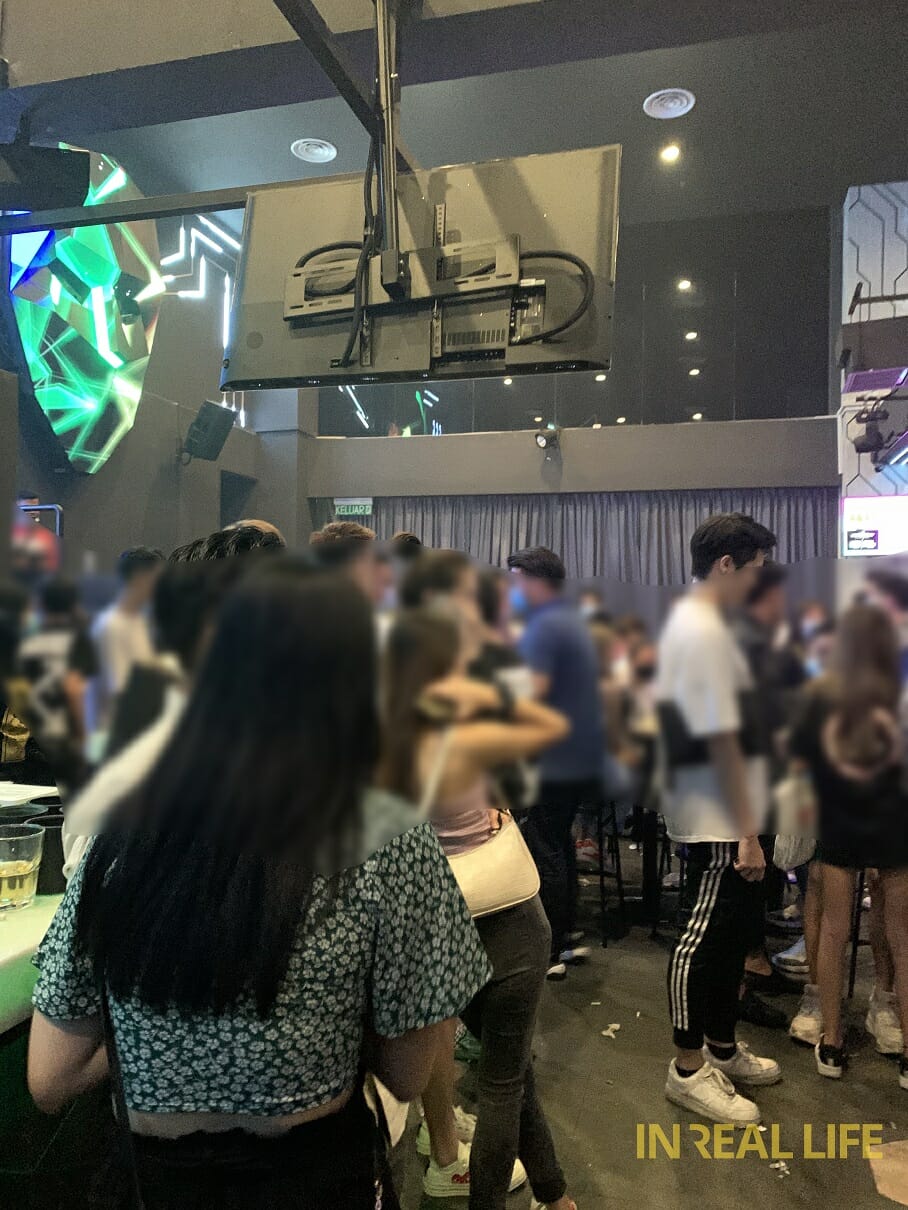 It started off as a usual night for me and my group of friends. We agreed to meet at a local restaurant and bar to eat and have some light drinks. When it was 11.15pm, the place shoo-ed all their patrons out the door, abiding strictly to the SOPs.

Usually, we’d call it a night and head home, but one friend chimed, “Hey, there’s 45 minutes left. Let’s go to this place just 5 minutes away and then head home at 12am.”

While a couple friends exclaimed “Yo, I don’t want us to get a RM1,000 fine each man!”, most of us went with the flow as we thought, so long we leave by 12am, it’s going to be okay.

That was our first mistake.

As we headed into the club, we chilled around for several minutes. 5 minutes turned into 10, and soon 30 minutes. We stopped paying attention to the time, and next thing you know, bam! It was 12am. Our eyes widened as we saw men in fluorescent yellow vests darting into the club, with the word ‘Polis’ sprawled across their backs.

“Shit. We’re going to get it now,” a friend said. That’s when it dawned on us that we’re in big trouble.

The lights came on and the music abruptly came to a halt. Police officers sealed off all exits and started collecting everybody’s ICs. 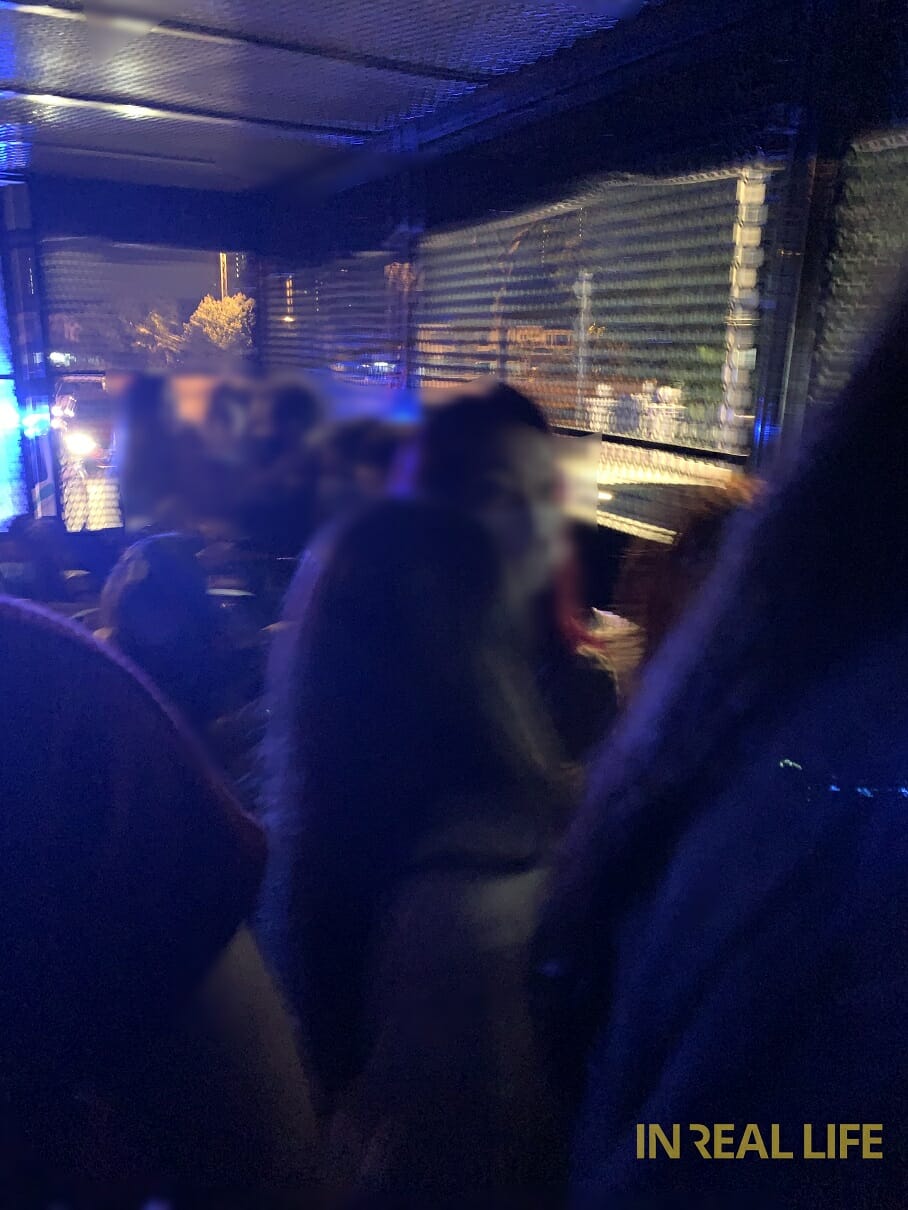 The officer in charge told the men and women to stand on opposite sides of the club, before each gender was asked to exit the premise and go into the police truck waiting outside.

The sirens blared through the silence of the night as we were driven to the Damansara police station.

“Shame,” I told myself. This must’ve been akin to how Cersei must’ve felt when she did her Walk of Shame in Season 5 of Game of Thrones.

Going into the police station

The females were told to go into a little dewan in the police station. We were asked to form lines, and ironically, there was no social distancing whatsoever here – because that was what we were arrested for, after all. 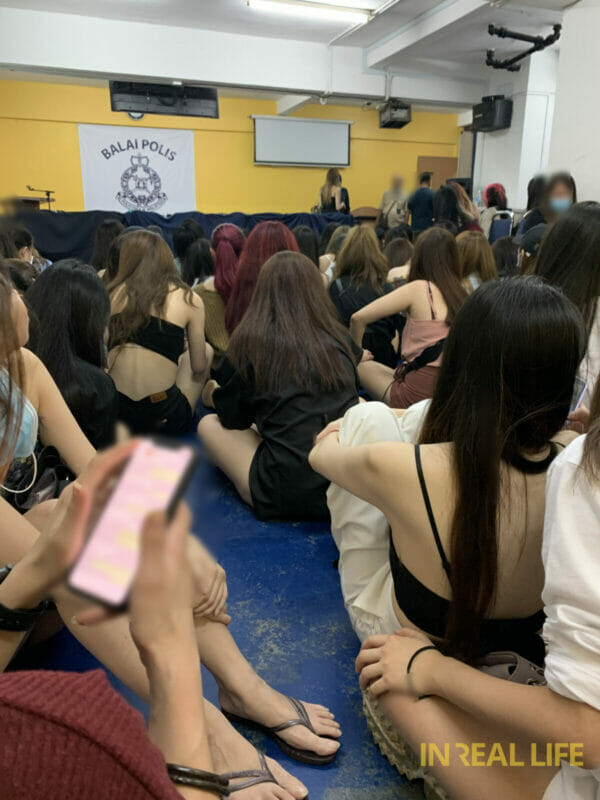 We sat in this room, while officers shouted, “Siapa belum bagi IC, bagi skrang. Nanti tak boleh balik,” (“Whoever hasn’t given their ID, do it now. Or else you can’t go home.”) making sure everyone has already handed over their identification cards.

For males, they sat outside on the tarmac floor a few metres away from our room. Everyone was texting each of their friends, all wondering what’s the next steps as no one told us anything. We just patiently waited. 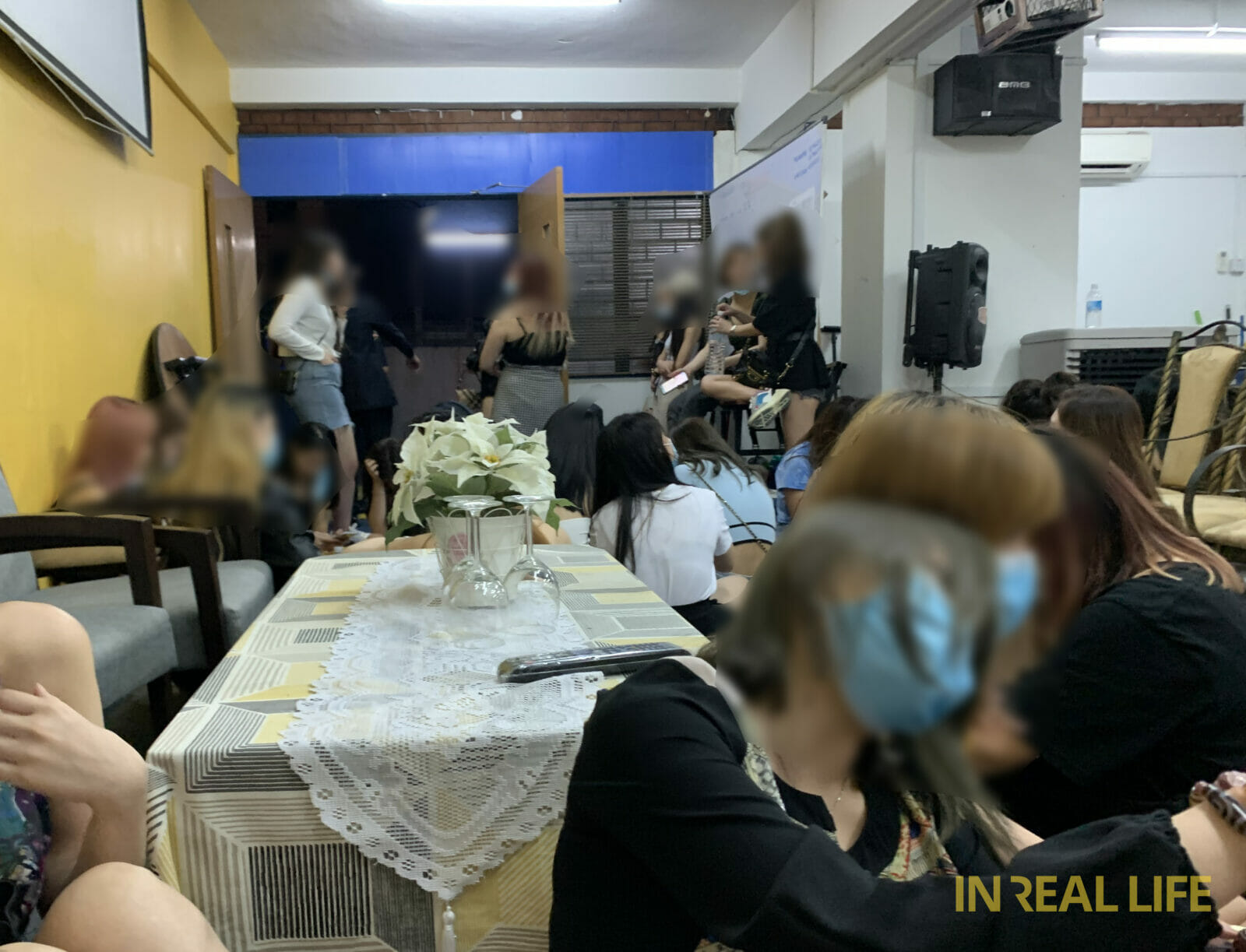 By now, it’s already 3.30am and there were no signs of movement. There were no updates on the compound issuance nor were we given any information on what is happening. I kept thinking that this may be a punishment for us, by keeping us waiting the whole night – and I accepted that.

A friend later pleaded to use the toilet, but the officer refused, saying that ‘there are not enough officers to take you there’. See, everyone who wanted to go to the toilet would need a police escort and they had to use it with the doors open. Relentless, my friend stood by the door and begged for the officer to let her go because she was about to pee herself and if she had to wait anymore, she would’ve wet her pants.

After minutes of begging, the officer finally asked another personnel to escort her to the toilet.

I looked at her predicament with pity – how could an authority deny her rights to basic use of the toilet?

The compounds were not issued till 7am 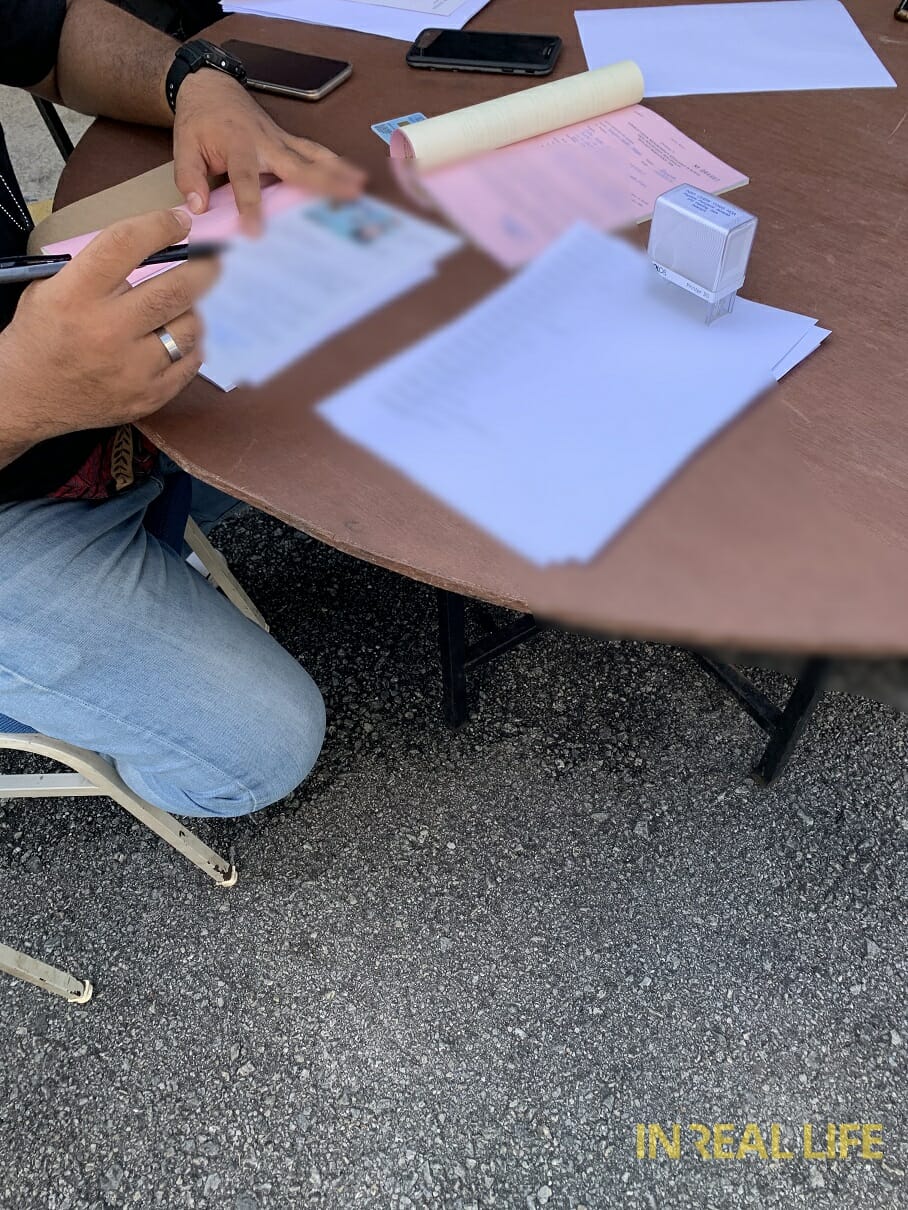 A police officer would come into the room from time to time, while reading names out from the list of ICs he had kept. When your name is called, you can exit the dewan and they’d issue your compound. I was one of the last girls in that hall, and when they finally read my name, I was so thankful that I can finally go back.

It’s been a really, really long night and all I could think about is crashing on my bed and waking up from this terrible nightmare.

They issued me my compound, and I went home.

Freedom never felt so good and that was definitely a lesson for me to always keep track of time.

What to do you after being compounded?

Well, you’ll have to make your payment to Klinik Kesihatan Kelana Jaya, as all fines are paid to KKM. Make sure you’re there before 4.30pm as the counters close by then.

Of course, with that lesson, I would never take the SOPs for granted anymore and would preach this to my friends. If you’re ever worried that you’d go overboard and miss the curfew, just set an alarm, or you’ll end up like me – not sleeping for 9 hours and becoming RM1,000 poorer. Yup, that was one expensive party!

For more stories like this, read: I Was Busted with Drugs in Indonesia: Here’s My Story and 4 Things About Cannabis Legalisation That Malaysians Should Know. 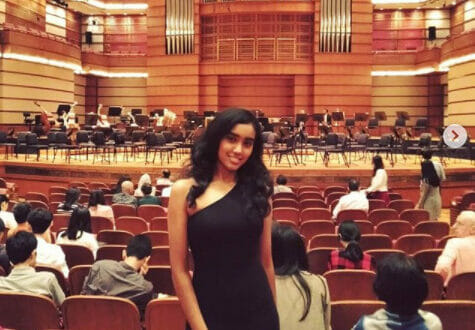