My earliest memory of smoking was at the tender age of 12 – although it may have been earlier than that.

I think it may have been boarding school. I was surrounded by cigarette-smoking friends, and my parents weren’t around to stop me.

Smoking was considered cool and macho, and since I was already part of the cool gang – I thought, what the heck? Just join the club!

My friends and I used to smoke inside our dorms. We came prepared with air fresheners and mouth mints. We had the seniors to thank for tips on how to hide the stench and empty cigarette boxes.

Still, we couldn’t outsmart the teachers, who had eyes and ears everywhere. My ‘cool gang’ and I were caught red-handed a few times and we got suspended.

Being the kids that we were, we treated it as a holiday off from school – until I got home and faced the wrath of my parents.

My dad whipped me with the water pipe the first time I was sent home. I was black and blue all over.

But that didn’t stop me. Smoking was already in my blood by that time.

I continued smoking even after I became an army cadet and eventually an officer. The army has a strict code of conduct for everything, including smoking. The officers were taught to ‘smoke responsibly’ as I’d call it. We’d only smoke near the bin as a respect of others.

Or so we tell ourselves.

Being a smoker is disrespectful. First and foremost, you abuse your own body. Not to mention harming others with the fumes. How is that ‘respecting others’?

I used to tell myself that I was not a heavy smoker. That I’d only finish a whole box after two or three days. Plus, I never smoked in front of my kids either. I’d be outside the house or out of their sight.

Those were the lies and excuses I often told myself, thinking I was different from other smokers. But the fact remained – my smoking harmed myself and others.

But when I met my soulmate, N, everything changed for the better. To my amazement, I found myself wanting to quit. 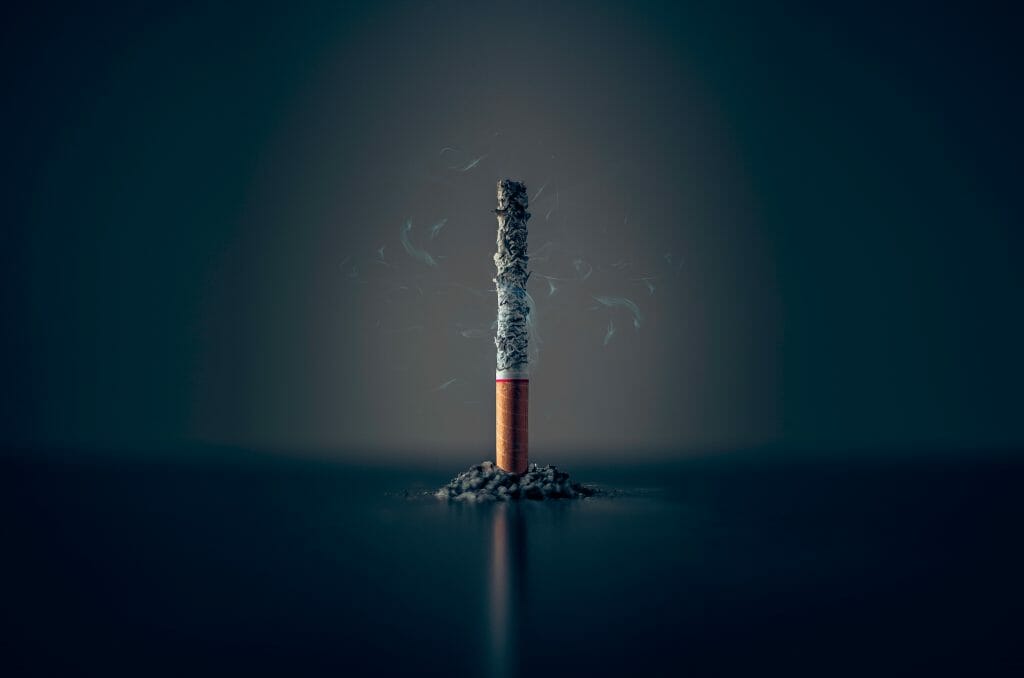 Here are tips on how I did it.

Tip 1: Do it for yourself first, not because of others.

N detested smokers, and she made this clear the first time we dated. “I think smokers might as well roll the money they use to buy cigarettes and burn them. You guys are burning money anyway, so why not do it directly?” she quipped.

I was careful not to smoke in front of her. However, she didn’t ask me to quit directly because she knew it had to come from me.

What she did do however, was give me sarcastic health and financial advice. She told me (sarcastically) about all the benefits I could get if I stopped smoking instead.

“Did you know we could go for a snuggle at movie dates if you’d saved up the money from smoking?”

“You know what I love the most about you? Your cigarette stench. It’s just so overwhelmingly aromatic. No wonder you don’t need to buy perfume.”

And this went on daily.

It was kind of a reverse psychology I think. The final straw was when I was sick with flu and she nursed me back to health, not saying anything when I kept on smoking!

It just hit me one day how much I could be saving financially, not to mention saving my own life. I wanted a long(er) life with her in it. 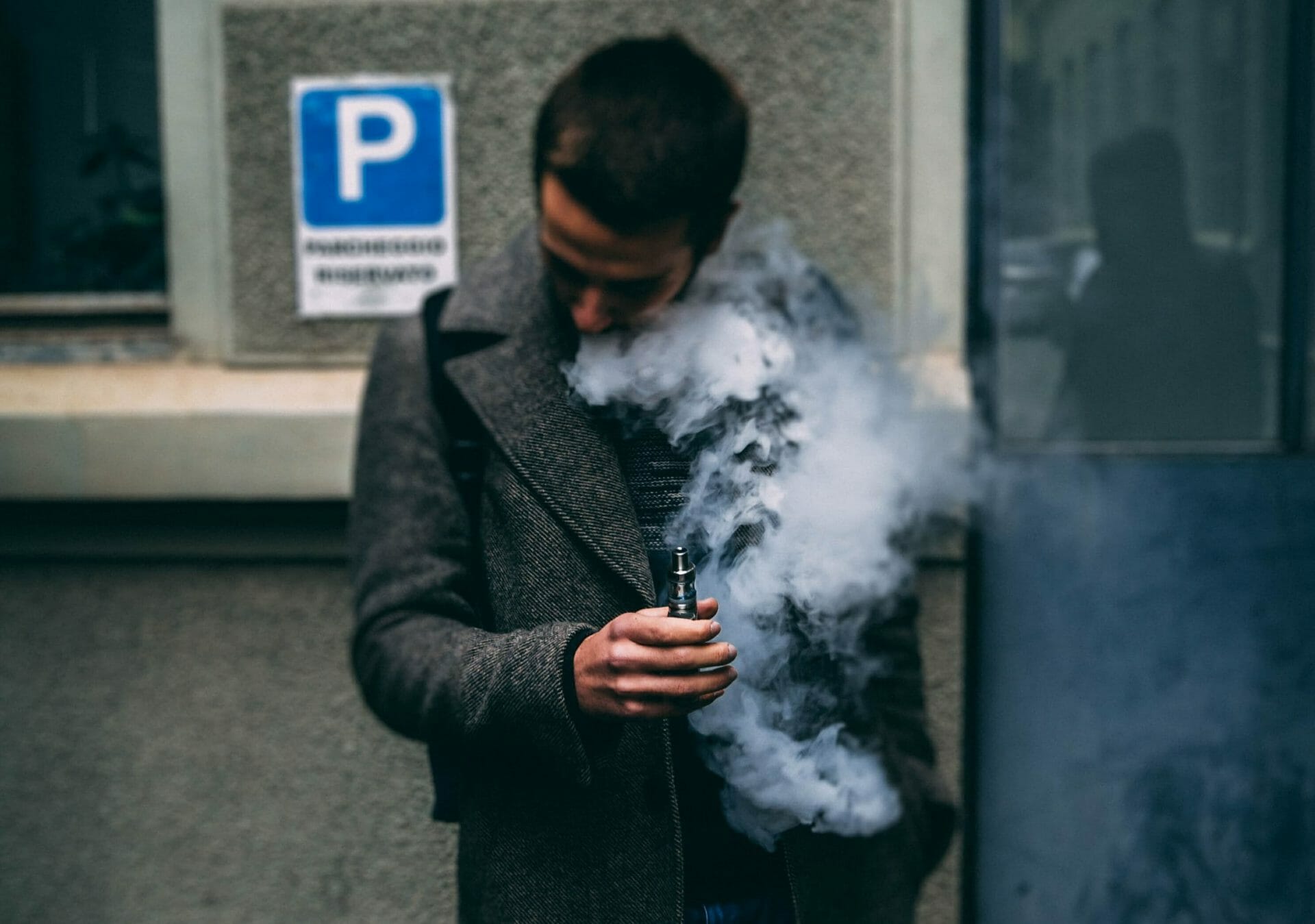 Sure. I’ve thought of quitting over the years. I’ve tried them all – chewing gum, nicotine patch, vaping – none of them worked.

I even tried hypnotism just to see if it would work on me based on success stories from my friends. I ended up paying the hypnotist a fortune just for a deep, long nap!

But just like that, one fine day – the first day of Ramadhan (the fasting month for the Muslims) to be exact – I quit. I thought it was the best time since Muslims can’t put anything into their mouths during the day anyway, smoking included.

I just did it, cold turkey. No chewing gums, no vape, no patches, no gradually reducing the number of cigarettes.

And after a few days of quitting, I noticed that I didn’t miss it that much.

Tip 3: Find your motivation or reason.

I must admit, a huge part of me quitting was because of N. Ever since I met her, she’d wanted me to be a better version of myself, without saying it out loud or putting pressure on me. She’s my motivator, my cheerleader, my strongest supporter in everything I do.

So when I announced that I quit smoking, she was the happiest person on earth – and we celebrated it by going for a long run that night (I became a runner too thanks to her, see my next tip below).

But most of all, I also realised how much smoking had affected my health and finance. Now that I’m approaching 40 and having lots of commitments, I really can’t afford smoking.

Tip 4: Fill the void with something else.

When I stopped smoking, I became a runner. It started off by having run dates with N, as she’s an avid runner. Realising I had to be fit to keep up with her, I started running as well.

Plus, it helped to keep my mind of smoking. I grew to like running eventually, and would participate in running events alongside N.

The process of quitting made me a lot thirstier than usual. Parched, in fact. I had to keep myself well-hydrated all the time.

I was also seen with a pink bottle in my hands, and yes, the bottle belonged to N. The best part of it was, at the risk of sounding vain, drinking loads of water has helped clear my skin too. It helped flush out toxins.

A slight drawback? More trips to the loo!

It’s been almost three years now, and I haven’t touched the dreaded thing called cigarette since. And I don’t plan to ever again.

For more articles on how other Malaysians quit smoking, read Want to Stop Smoking? Here Are 5 Ways Malaysians Kicked the Nicotine Habit, and for more articles about committing to a relationship, read My Boyfriend and I Signed a Contract When We Got Together. Here’s What Happened Four Years Later.