I Used To Live In A Haunted House At Happy Garden In Klang, Here’s What Happened 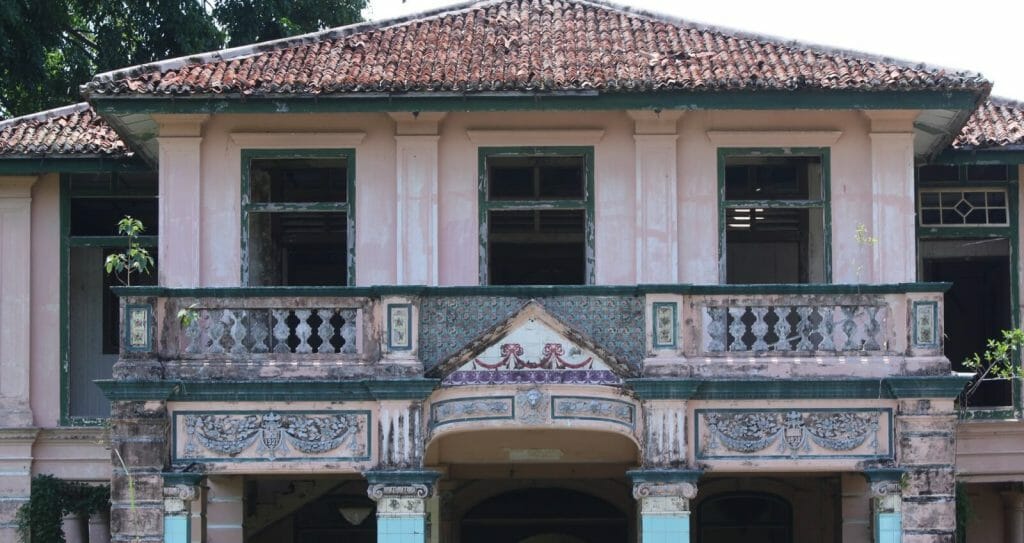 Ever lived in a haunted house? I have.

Happy Garden, Klang was the place that I lived in more than 20 years ago. This 4-bedroom home was bought over in the 90s by an expat owner.

This expat had lived in Malaysia for over 20 years, and had been residing in that house for about 5 years. He decided to sell off his home back to move back to his country of origin.

We got a bungalow-sized home for only RM100k It all started 21 years ago, when I was 7. My parents decided to sell off our old home to move to a newer and bigger home, so that my extended family (my uncle’s family) could live together with us.

Coincidentally, my mom had a friend who was helping someone sell off their home urgently. He was moving overseas, and was letting his house go for the cheap price of RM100K.

So my parents went over to see the house. They spoke to the owner, who seemed really nice. “The home is really cosy and spacious. I used to live in that house with my family of 4,” he told us.

It was not a bungalow but it could have been one if we had renovated it. For a home that size, the price was a dream come true!

Thrilled beyond their wildest dreams, my parents decided to sign the deal.

That was when our lives changed forever.

My dad renovated the home to accommodate all 8 of us 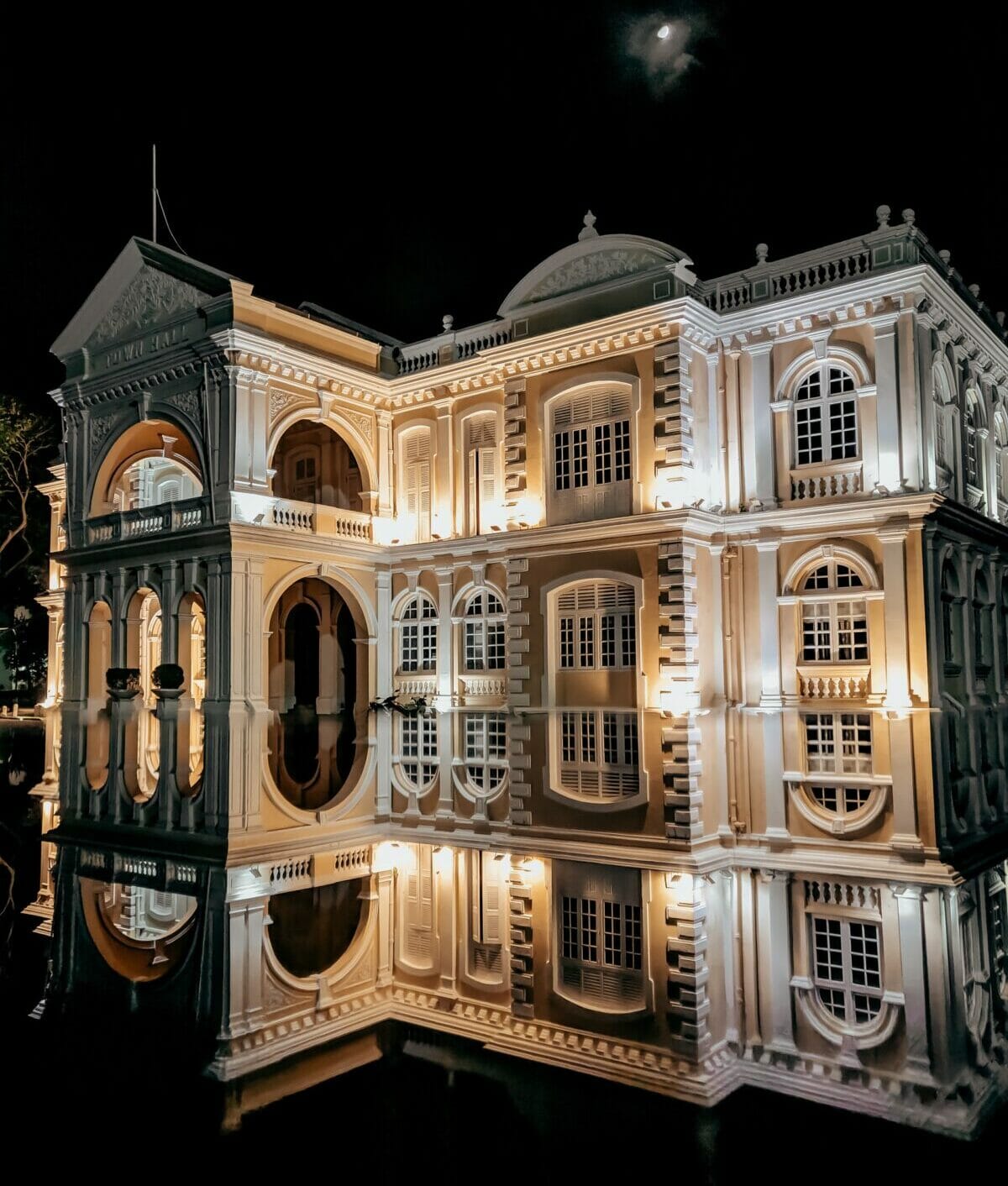 How we envisioned the house would be after renovation. Image courtesy of Amirul Amri

There were 4 of us from my immediate family; next my aunt, grandma, uncle and cousin that were all going to be living in this house. This home was going to fit 8 of us, hence we needed more rooms.

My dad was excited and spent more than RM200K breaking down and renovating the house from 3 rooms, to 7 rooms.

While the renovation was being done, we were excitedly waiting and packing our stuff, eager to move in as soon as we can.

Every day, my dad would go over to that home to see the progress of that home. It had an extra TV room, a guest room, built-in closets and a large garden. What a dream!

After 2 months, our perfect home was ready. Everything was in place… till one day, my grandma saw something unexpected.

I’m sure everyone has heard or come across people that are able to See extraordinary “things” from the other side — and yes, by that I mean unwanted spirits, demons, and angels.

My dad’s side of the family has this ability. It started off with my great-grandfather, who passed it down to my grandmother, and she passed it to my dad. All of them have experienced all sorts of things related to these supernatural things.

As for me, I don’t have this ability. I guess my mom’s side of the family was stronger! 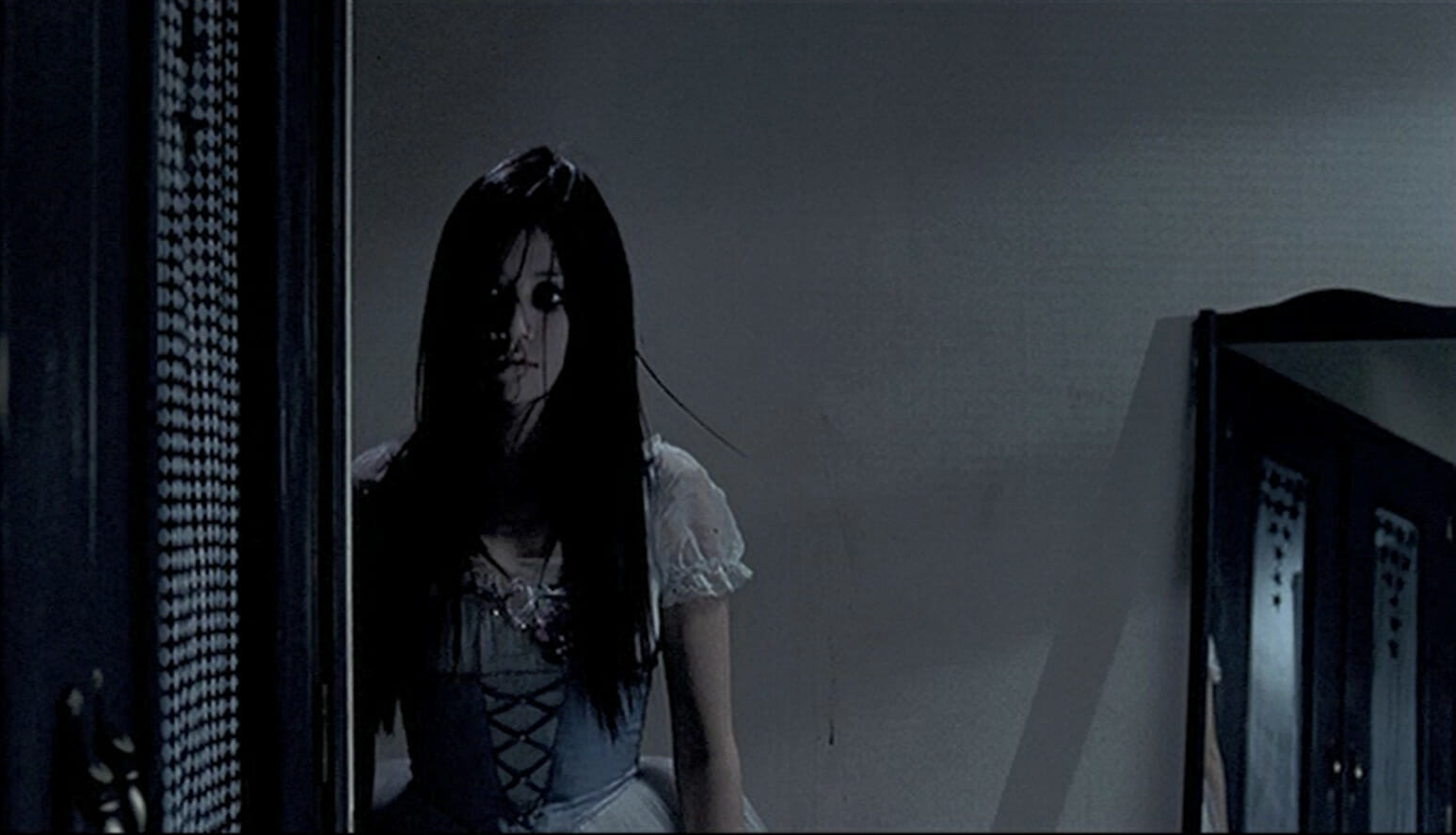 One night at around 3am, my grandma woke up because she was hungry and went to the kitchen to make a drink. While she was making it, she heard footsteps walking towards her.

They were soft at first, but grew louder as they approached, so she called out: “Who’s there?”

But nobody answered. She continued stirring her drink, when she looked up, she saw a girl with her hair covering her face crying and asking for help.

Now, my grandma has seen a lot of spirits due to her ability. Nothing fazes her anymore — if she saw Death himself, she’d say “It’s about time you showed up!”

So when she saw her, she didn’t freak out. Instead, she remained calm and ignored it and went back into the room. The next day she told my dad about it casually over breakfast.

“I saw a girl with long hair last night when I was making some oats. If you see her just ignore her.”

We all looked at each other in surprise, but none of us really took it for real, as it could be her imagining things.

I started having nightmares about a woman with long hair

After that revelation, every night I would have the same nightmare of the same person: a woman trying to take me away from my parents while they were not home.

In my dream, I’d be walking down the stairs or in the living room when a woman with long hair that covered her face in front of me would grab me and take me away from the house.

Every time, I would scream and cry and go running to my parents’ room. But the dreams never stopped.

One night, my mom was sleeping soundly, when out of nowhere, she started screaming. Dad tried to wake her up but she was locked in a deep sleep

As Catholics, we always have holy water placed around the house (don’t ask me why, it’s a Catholic thing).

So my dad took out the bottle from the mantlepiece and sprinkled some of it around the room. Instantly, she stopped screaming.

When she woke up, she said that she didn’t even realise she was yelling so loudly.

After that night, my dad started feeling suspicious about all these weird things happening around us, but against our forebodings, we continued to live at that house.

Cats would give birth and immediately eat their kittens 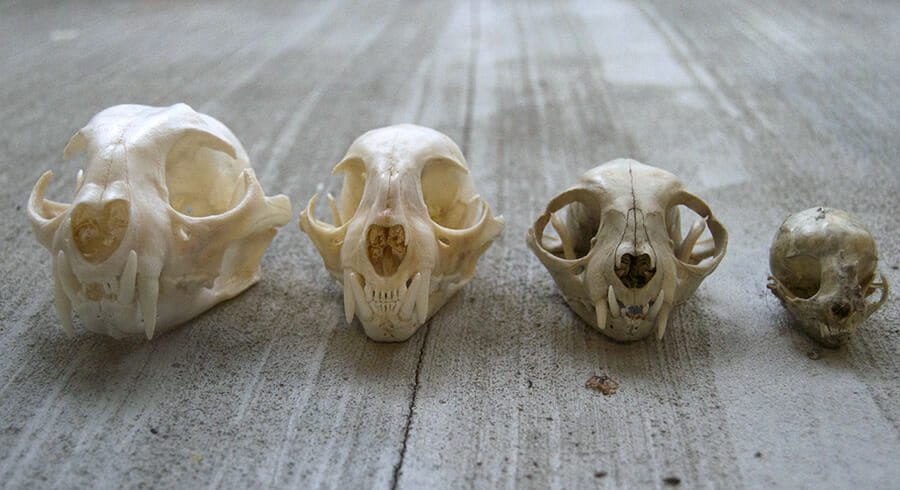 Months passed by, and things were getting a little more odd.

There were cats giving birth around my house, and they would eat their babies, leaving blood and skulls of dead kittens around the compound, which was creepy.

My grandma could hear noises of footsteps in the kitchen every night. She couldn’t sleep for weeks. She eventually moved out with my aunt to a home nearby to get a good night’s rest.

One day, my dad was alone at home and fell into a deep sleep. Then, he had a dream of something evil beating him over and over again until he could no longer move.

The scariest part is, he could not wake up from his dream. The spell was broken when his bracelet started unravelling from his arm, and the pendant on it hit the ground and woke him up.

When he woke up, he found cuts on his hands and face in real life. The bracelet was a Catholic protection bracelet, and till today he swears up and down that it saved him.

My dad was convinced that there was something not right in this house. He spoke to my mom about it, but she said we could be imagining it. So we decided to wait it out awhile longer.

My dad’s horrifying dream was the last straw 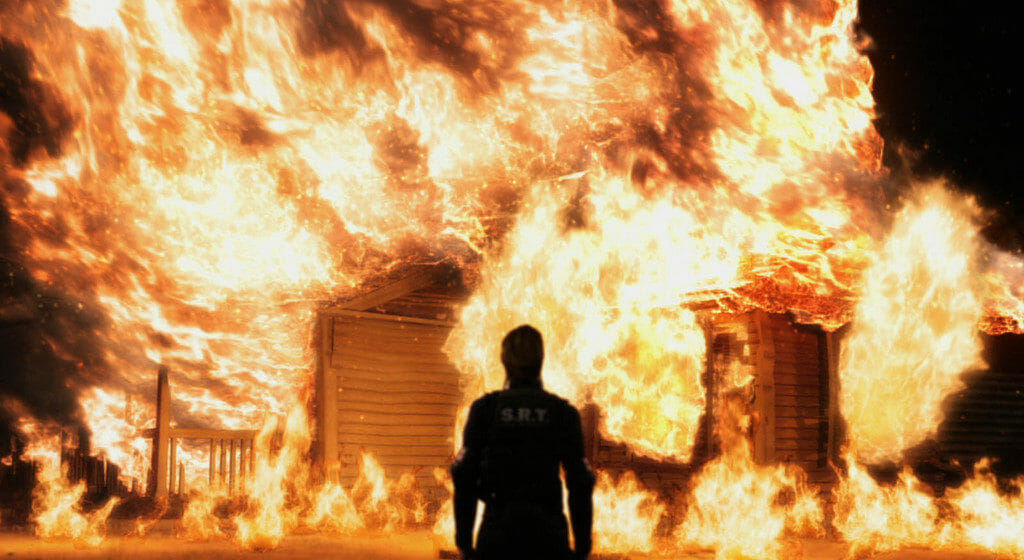 Finally the day came where my dad was again having another dream.

In his dream, it showed the whole house burning while me and my brother were stuck inside crying. It was so real that my dad woke up with tears in his eyes.

In that dream, there was someone standing in front of the house telling him that he should leave, or else both of his children will be taken away from him.

This time, he couldn’t wait any longer. He sold the house for about RM100K and never looked back. We left the next day instantly and rented a place elsewhere and hoped that nothing followed us.

After all that had happened, we finally found out one day that the original owner of the house sold it off because his wife had killed herself inside the house. She was abused constantly and she could not stand it any longer and decided to take her life.

Till today the house still exists, but it never had an owner for long. Each owner who bought over the place sold it for a cheap price and left. It’s no wonder the most recent owner before us sold the house for a really cheap price.

I try to put the past memories to rest 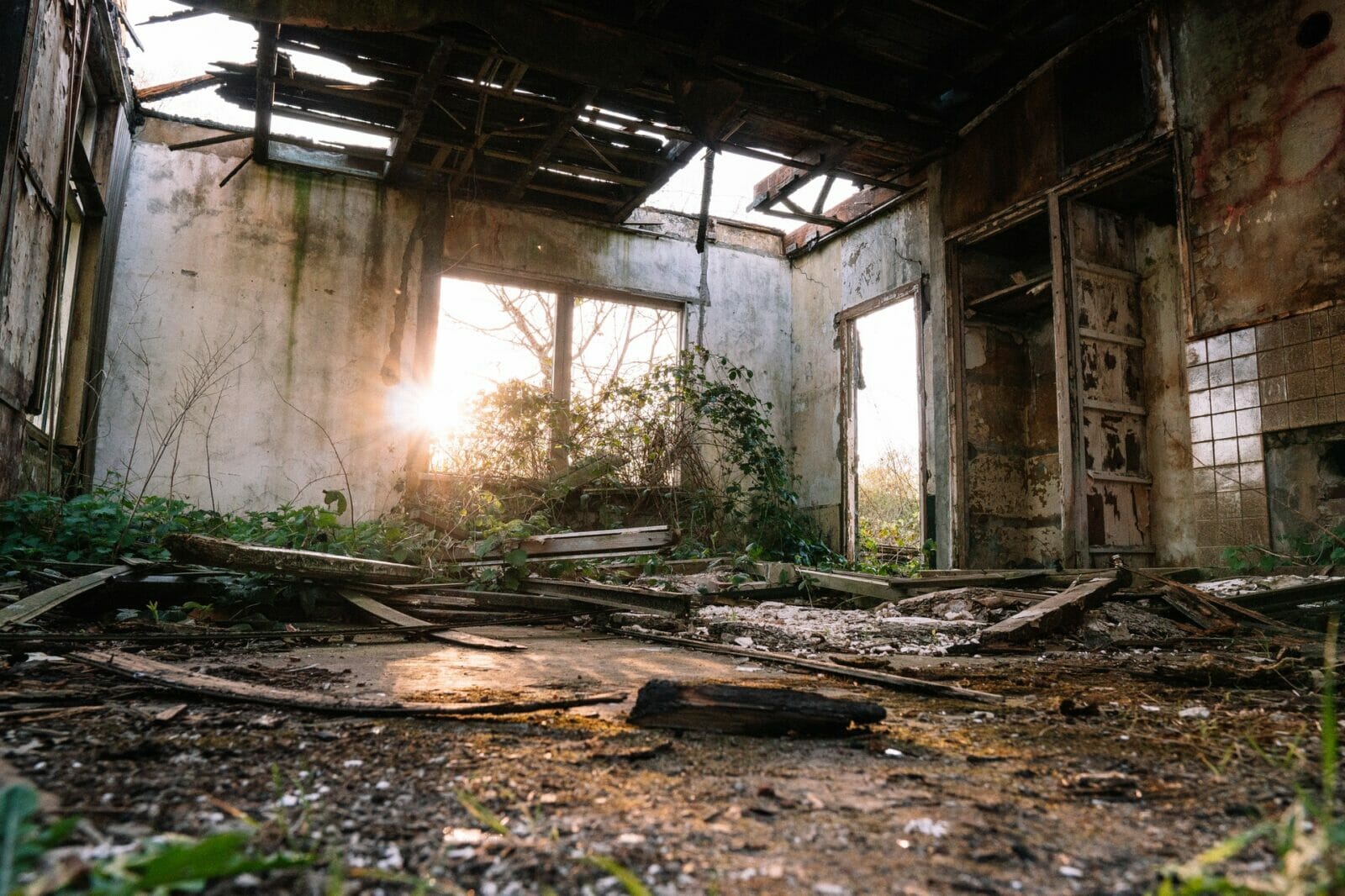 Every 7th month of the year, I recall that house with a shudder and remind myself to check every new place I move into for unnatural energies.

I try not to think about that house where these weird mysterious things happened.

For more stories like this, read: I Visited An Abandoned Scottish Mansion In Malaysia — Here’s What I Found and 5 Malaysians Tell Us About Their Spooky Paranormal Encounters.