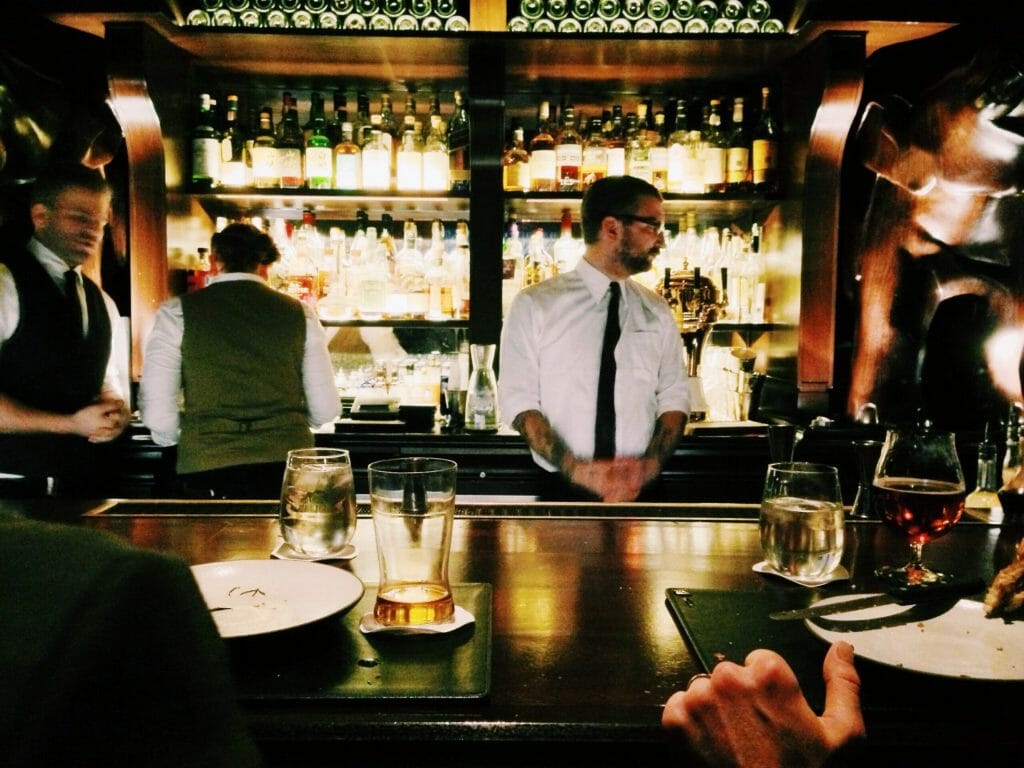 I’ve had the Tinder app on my phone since forever. Still, being borderline millennial and in what I hope is my final relationship, I’ve not used it for a while now. Sometimes I reminisce about Tinder dates I’ve had in the past and get all wistful.

But it wouldn’t be IRL if I didn’t share them with you now, would it? So, here are some of my more memorable tinder dates. Names have been changed to protect the not-so-innocent. 😉

Story: The one who lied about his age

A couple of years ago, I went out with this guy from Tinder. He was young.

He told me he was a college kid, completing his degree in law. He was personable, spoke eloquently, and his behavior was immaculate. A bit tamer than I’d like, but nevertheless, our date went well. I’ve always liked younger guys, but someone who’s well-behaved as this dude is always welcome in my arms (and bed).

“Hey, so uh, you want to go back to mine? My housemates are away.”

Ah, here it comes. I took a sip of my whiskey and innocently asked, “To do what?”

He blinked twice, his voice stammered. “Um, I’ve got a good Netflix watchlist?”

Fast forward to his place, we were lying on his bed, limbs asunder. We had just finished having sex, and he was fixing me a hot Nescafe. I looked around his large room, dominated by the huge king-sized bed, and the fancy-looking drum set in one corner.

“Your place is pretty big,” I called out. “How many people live here again?”

He returned from the kitchen, hesitated, then handed me the coffee.

He avoided looking at me, his eyes downcast. I was intrigued, but not too alarmed. This won’t be the first time someone lied, eh?

“What happened? You can tell me, I won’t judge.” I put down my steaming mug and sat closer to him.

He shifted in his seat, but before his next words left his mouth, he looked at me dead in the eyes.

“Um, I don’t actually live with my housemates. This is my parents’ house – I’m actually 17. Well, almost, that is.”

He fidgeted again. “I’ll be 17, this November. But I am a law student – I skipped two years of high school. I’m sorry I didn’t tell you before. I hope you’re not mad?”

I leaned closer. “That depends. Do you have an equally cute classmate?”

Story: The one with the twins

I had swiped right on this young chef living near my workplace. After meeting up a few times, he invited me back to share a joint with him back at his place. I promised to bring some alcohol; wine and weed don’t usually mix, but hey, we only live once.

I ordered a Grab car after work and found myself standing in front of his large semi-D house. I was about ring the bell when the gate opened. Walking in, I saw someone waiting for me by the front door.

“Darren?” I squinted my eyes.

The guy who stood there took the wine from my hands. “No, I’m Derrick, his twin brother. You must be his date. C’mon, I’ll bring you up.”

“Wanna open this?” He asked, holding up the wine.

He appeared to be considering this, but he shook his head and declined. “Later-lah, I’ve got work to do now.”

We went upstairs silently. I stumbled on a step, and Derrick shot out an arm to steady me. “Eh, thanks,” I whispered. He laughed. “Why are you whispering, our parents aren’t home. Here, go inside. See you later.” He smiled warmly, thrust the bottle of wine back into my hands and waved me off into Darren’s room.

I stood at the door, and for some reason I found myself thinking about Derrick instead. I’d met Darren a few times before, but his brother seemed more… all there, you know? Like, more wholesome and friendlier.

Oh well, I’ll just finish a jay and go home. Taking a deep breath, I opened the door. Darren was lying on his bed, tapping furiously on his phone.

“Eh, sorry babe,” he barely glanced at me. “I’m a bit busy but make yourself at home first. Joint’s there, you can light up first.”

“Yeah sure. I brought wine, I’ll leave it here okay?”

I settled down on a two-seater couch by the balcony and lit up. After a few tokes, my mind wandered off to Derrick. He’s cute too, and not so dominating or standoffish as his brother.

Darren joined me a few minutes later. “Eh,” I nudged him. “Why didn’t you tell me you had a twin brother?”

“What for-lah, so you can sleep with him?”

“I didn’t feel so good just now. A bit grumpy, I guess.” He leaned back onto the myriad of cushions pilling up on the couch. “Sorry babe.” He caressed my neck and kissed my lips in one swift move, his earlier nasty-ish attitude melting away.

I didn’t. Not before a quickie in the balcony, anyway.

After that session, I left Darren and went downstairs. Derrick was there, waiting. “He fell asleep, right?”

So out we went. We shared a smoke and talked like old friends did. I wondered if it’s just the weed, but I felt completely relaxed with him. So I didn’t really see it unfit to accept his invitation to smoke the rest of the jay in his room, where, after the last bud has gone up in flames, we got on the bed, and… yeah. We did it.

He was rather… shall I say, adept. The only disconcerting thing about the whole session was him occasionally asking if I enjoyed this more than I enjoyed his brother.

Sleeping with twin brothers the same night is a different kind of amazing. Wonder if they’re competitive enough to do it at the same time? But that’s a story for another day.

Story: The one with the hot girlfriend

You know how some guys would bang just about anyone even if they already have a hot wife? A few months ago I met someone exactly like this. Here’s the story.

I thought I’d met the perfect guy. Suave, smart and funny to boot. He was every bit as charming as Channing Tatum in his barely-there Magic Mike pants. I swiped right on him one night and agreed to meet up a few days later at a Spanish tapas place in Changkat.

When Greg walked into the bar that fateful night, all eyes (both male and female) flew towards him and landed on his near-perfect physique. Dressed casually but tastefully, my Tinder date that night was easily among my top 5 catch of the year. I glowed inwardly. Whoa. He looked even better in person!

He spotted me sitting at the corner of the bar, and his eyes lit up with a dazzling smile. I could sense numerous pairs of panties getting moist by the minute as he strode confidently across the floor.

“Hey.” He smiled wider as he sat, his eyes never leaving me.

“Hey back at you,” I replied, blushing a little. Man, the stuff I said about him being top 5? I take it back. I think he’d easily be among the best-looking people I’ve ever seen.

“What’s for dinner?” I asked casually, gesturing at the menus on the table.

“You, ma cherie.” He gazed attentively into my eyes as his hand found one of my rather clammy ones.

“Oh you, stop it. You’re not even French!” I exclaimed, but inside I was melting. And so it went on all night. He, the ever-alluring date who ordered all my favorite foods and offered to take up the tab. Me, the giggling girl who felt like Cinderella in this fairy tale. I wonder if Jennifer Lawrence would make a good Hollywood version of me?

Finally, the night came to an end. This is it, OMG. Will he ask me back to his?

“Would you like see my collection of Japanese whiskeys back at the apartment?” He leaned closer, his voice low and titillating.

Before I could answer, a tall, lithe and stunningly beautiful girl materialized right before us. Pretty sure she didn’t just appear out of thin air but at that time, it seemed like so. One minute I was drowning in Greg’s eyes and the next, they were punctured by knuckles belonging to a drop-dead gorgeous woman.

“Yeah, what the fuck indeed!” The girl’s voice was shrill. Greg stood there, agape.

“We’re DONE. How could you lie to me, AGAIN??” She shoved him right into me. He stumbled but stood his ground. “Enjoy your dinner with “Jonathan” or whoever her name is. My lawyer will send you the divorce papers tomorrow.”

The flaming mad girl stomped off, leaving me and Greg alone to pick up the pieces of our embarrassment. People stared through the whole debacle, but they quickly regained their senses and the buzz of conversation started up again. I guess this happens pretty often but I just didn’t imagine it would happen to me.

“Wow. Greg.” I looked at him sadly. “You just made my dreams come untrue.”

I walked off, leaving him knocking back his scotch. I didn’t know where I’d go but I thought about the scotch I left behind and thought it wouldn’t be such a bad idea to get mildly tipsy.

For about half an hour, I wandered along the festive streets of Changkat. Too noisy. Ugh. I know just the place. Increasing my pace, I strode off towards Hubba Hubba by the Invito Hotel. I’d usually describe this place as “Changkat, but not AT Changkat” to my friends. This would be perfect, I thought.

I entered the bar and sat outside. Lighting up my cigarette, I heard a voice call out behind me. “Got a light?”

I turned and came face to face with none other but Greg’s wife. Swallowing my embarrassment, I braced myself for what was about to come.

I blinked. “Um, a little. But he’s scum,” I said. “Especially after I asked if he’s single or married. I’m sorry about all this.”

The girl extended her delicate hand, at the end of which a Marlboro sat, expectantly. “S’okay you didn’t know. Eh, light me up.”

I lit her cigarette and took a drag out of mine. In the dim light, she was still as stunning. Her hair was jet black, framing her heart-shaped face in waves of perfect disarray. Her skin milky and flawless, but it was her lips that mesmerized me. Even slightly pouting, it was made her all the more bewitching.

She smiled when she caught me staring.

“Have you guys fucked?” She asked suddenly.

“No,” I replied, my eyes not leaving hers. “Looks like that’s not going to happen now.” We laughed out loud. I could feel the initial tension slipping away into the night.

“Right now, all I want is a good whiskey after all that drama,” I confessed.

Her glance was brief. Furtive. “Mm. Let’s buy a bottle here – I’ll get us a suite upstairs. You okay with that? I don’t like sitting here and having my new ex-husband stumble upon us.”

I didn’t see that coming. Hmm. Everyone deserves some fun, don’t they?

I went up with her, arms linked together and a bottle of Jameson tucked between us.

That night, she cheated on her husband. And I didn’t even know her name.

Post Views: 47
Previous ArticleI Spent a Month Using Sugar Daddy Apps, and This Is What I LearnedNext ArticleMy Best Friend’s Wife Thought We Were Gay. Here’s What Went down Between Us
Read More Stories
[wprpi by="category" post="5" excerpt_length="0" thumb_excerpt="true"]