Disclaimer: In Real Life is a platform for everyday people to share their experiences and voices. All articles are personal stories and do not necessarily echo In Real Life’s sentiments. This article is sponsored by Maxis.

Wayang kulit is a form of shadow puppetry that is part of Malaysia’s rich cultural heritage. It has been recognised by UNESCO as one of the Masterpieces of the Oral and Intangible Heritage of Humanity.

Yet in 2021, wayang kulit is a fading artform. Only a few masters (known as Tok Dalang) are keeping it alive. 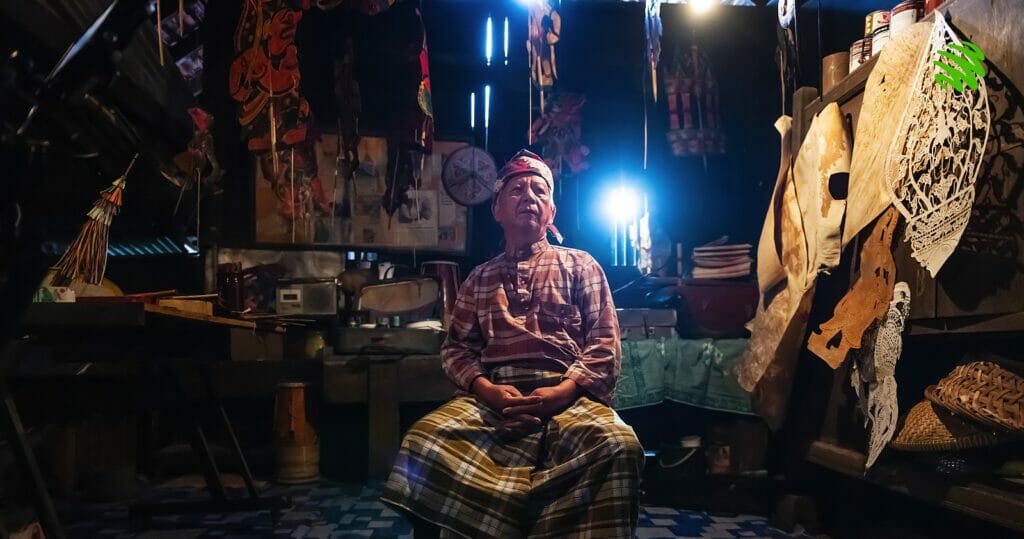 When I called Pak Cu over Whatsapp, he was very friendly and willing to share his experience of working with Maxis and being a Tok Dalang.

He said, “Saya rasa bangga dapat bekerjasama dengan Maxis dalam menghasilkan filem mengenai Wayang Kulit.” (“I feel a great sense of pride to be able to work together with Maxis to make this short film about Wayang Kulit.”)

Late last year, Maxis reached out to Pak Cu to be featured in a short film called ‘Layar Harapan’.

In the video, his real-life grandson Adam watches him hone his skills for the upcoming wayang kulit performance, but no one is interested in attending.

That is until 9-year-old Adam takes an iPhone 12 Pro Max from his mother, hits the video record button, and the rest is history.

The video was actually shot in Pak Cu’s best friend’s house which was chosen for its classic traditional rumah kampung look.

Pak Cu recalls the two-day shoot with a smile. “All the extras in the video are my friends. We were all ‘happy-happy’ together!” 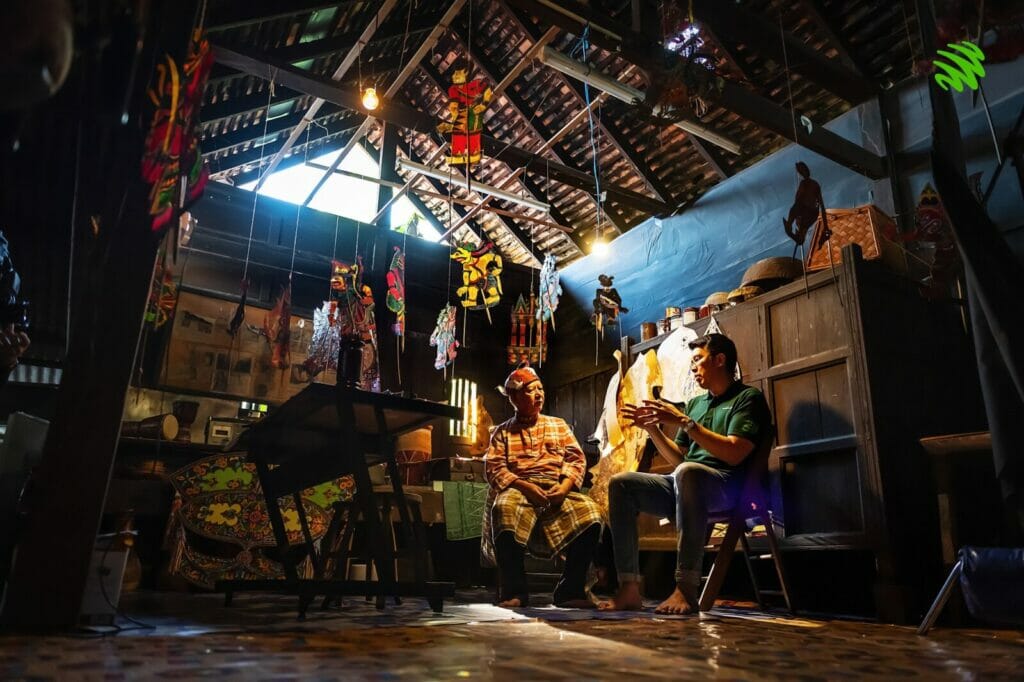 He says that Maxis and the video production team did a great job in capturing the essence of wayang kulit, showing the painstaking attention to detail that goes into each performance.

I asked him if the feelings he displayed in the video are really his — that he’s sad that no one is really interested in wayang kulit anymore.

“It’s true,” Pak Cu told me. “There are no students left. Maybe because it’s too difficult to pick up, or there’s simply no interest. Now, only Adam will inherit my wayang kulit legacy.”

Pak Cu himself started at only 9 years old. Over the years, he actually performed internationally, from Hong Kong to Germany! Pak Cu after a performance at Dewan Philharmonik Petronas, KL

“For me, performing in Singapore and & Indonesia was the most rewarding, because they understand the dialect and are familiar with the stories in wayang kulit,” says Pak Cu.

When he was only 9 years old, Pak Cu followed in the footsteps of the late great Tok Dalangs of their time — Mohammad Bon from Bukit Panau, Hashim Ali from Kota Baru, and Abdullah Baju Merah from Batu Tinggi. 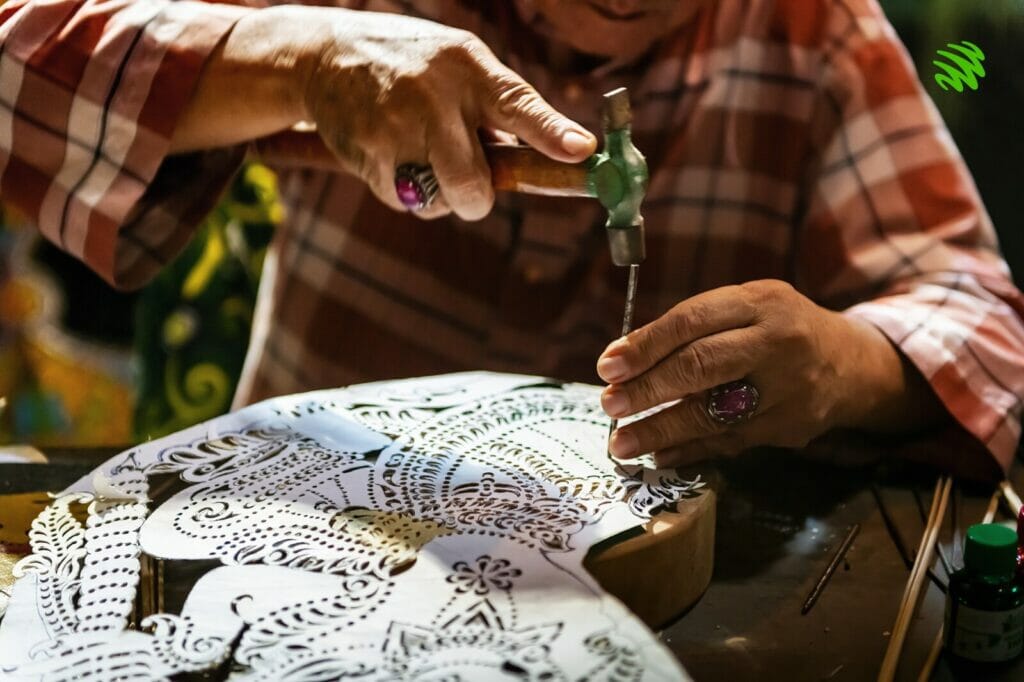 As a Tok Dalang Muda (apprentice), Pak Cu started learning to play the musical instruments, such as the gedombak, gendang, geduk, gong, canang, kesi, and serunai. When he was around 18-20, he was taught how to be a Tok Dalang Tua (master).

Learning the craft involved memorising the stories that the Tok Dalang masters recited. Pak Cu attended their performances dutifully and committed the stories and tales to heart.

In the old days, there were at least 20 Tok Dalang masters in Kelantan. Nowadays, that number has dwindled to a mere 2-3 masters. 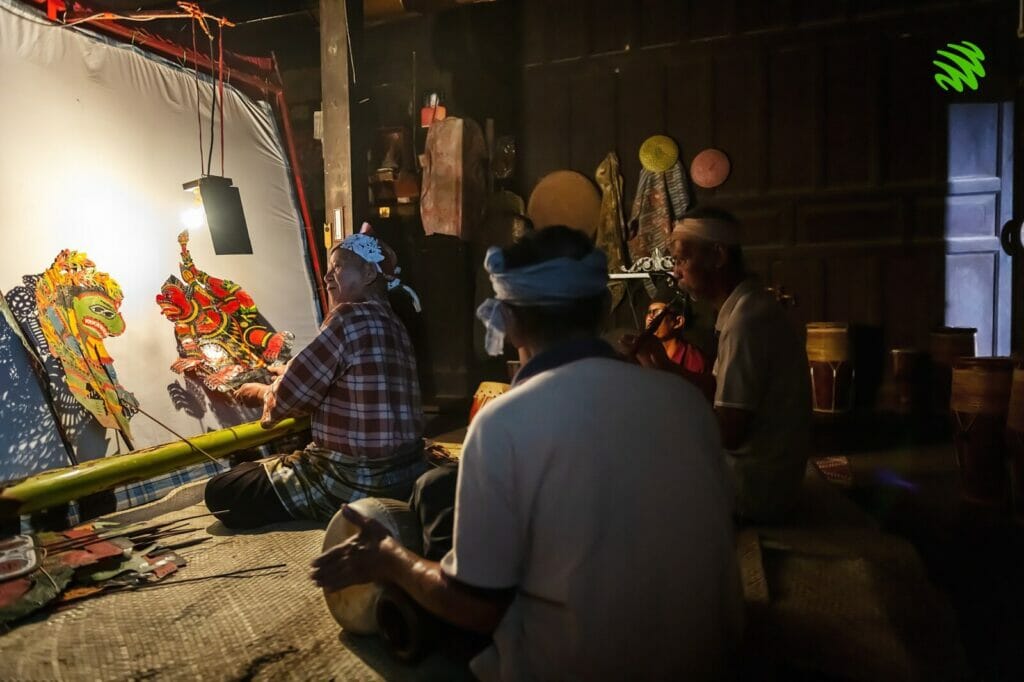 “The old ones have passed away, and the youngsters aren’t taking up the mantle anymore,” Pak Cu said with a tinge of sadness in his voice.

Why is that? I asked.

“It’s difficult to break into the craft,” Pak Cu acknowledges. Wayang kulit is not the same as becoming a famous singer, or becoming an actor, where you are given dialogue and a script to memorise.

I was blown away to discover that wayang kulit is performed by the Tok Dalang spontaneously — without following a written script.

Wayang kulit is hard, yet there’s less appreciation for it when compared to singers and actors 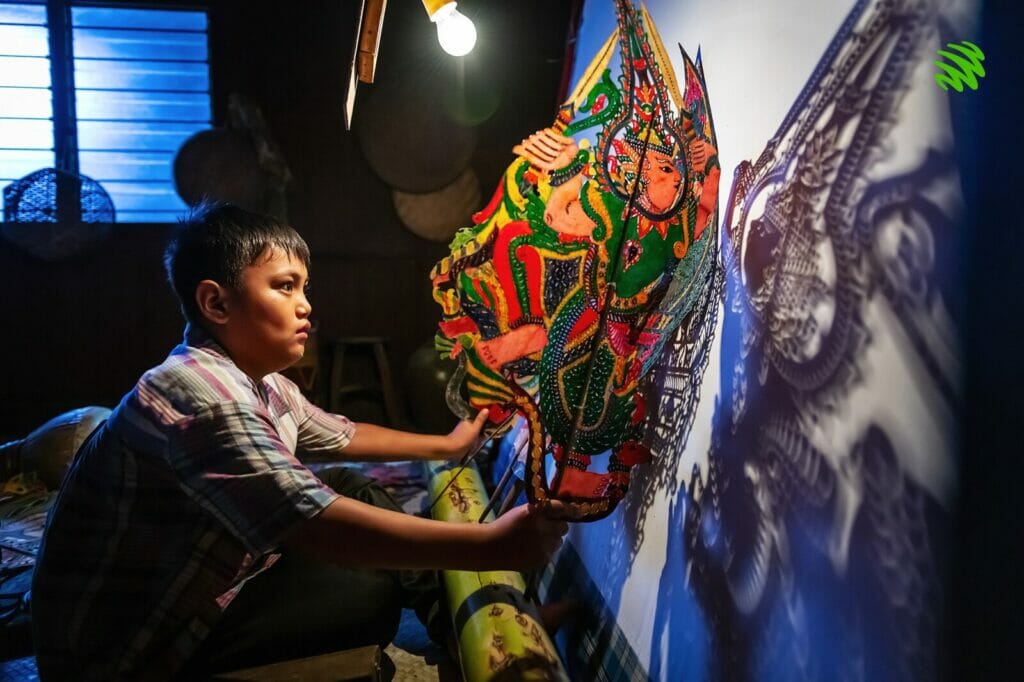 Traditionally, the stories and plots are recalled from the Tok Dalang’s memory, but each scene is reenacted differently each time.

Pak Cu’s voice is raspy, yet undeniably strong for a man his age. And rightly so — a Tok Dalang’s most powerful asset is his voice.

He has a roster of a massive 25 characters, with at least 10 distinct voices to differentiate them from each other. He is able to modulate his voice into sounding like a young man, an elderly man, little children, djinns, and even deities. 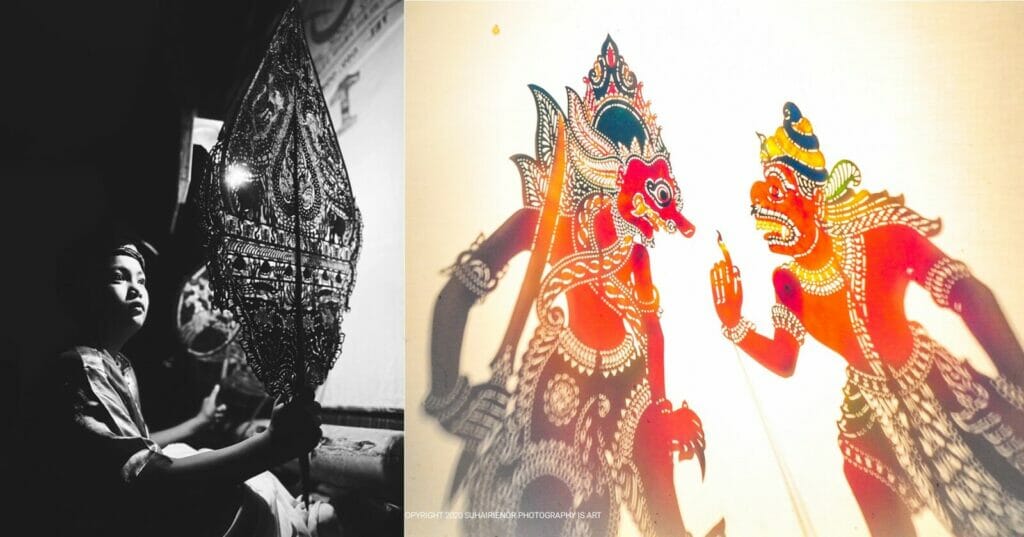 Image via Suhairienor Photography is Art

Wayang kulit is now becoming yet another footnote in Malaysian history, only to be read about in museums and 2nd-hand sejarah textbooks.

And yet, there have been efforts to reinvigorate the art for a contemporary audience. Tintoy Chuo’s “Peperangan Bintang” is a retelling of Star Wars: A New Hope (1977). His wayang kulit show uses original designs and a real Tok Dalang named Pak Dain. 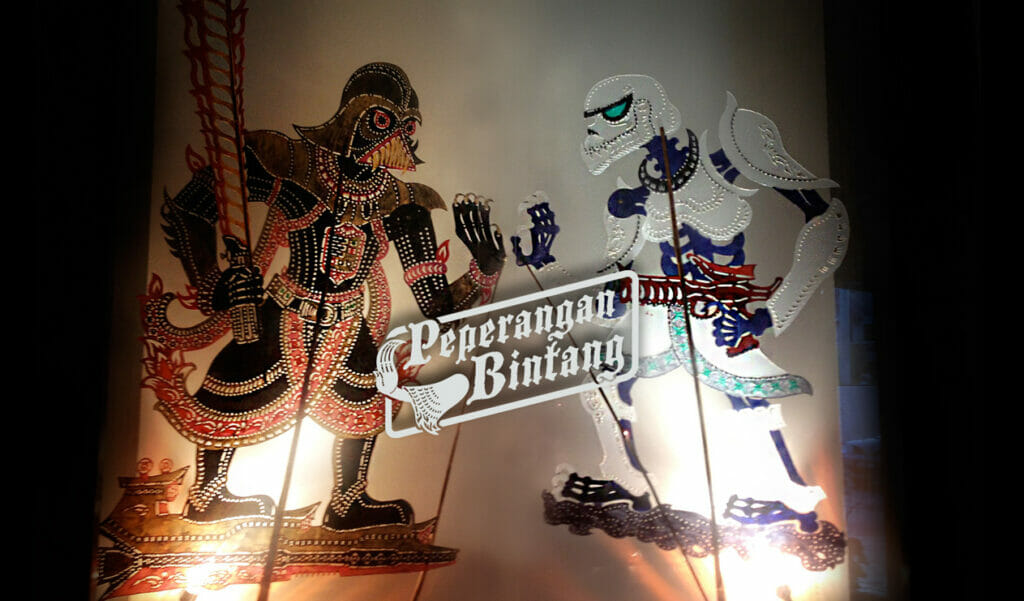 The big question is: How much should wayang kulit change in order to survive? And if it changes too much, can you really call it wayang kulit?

More than anyone else, Pak Cu understands that one must adapt to modern society to survive.

He has two sets of wayang kulit puppets — one for the ancient epics, and one for the modern-day stories. The more modern stories involve characters like the police, village elders, imams, and Tok Penggawa. 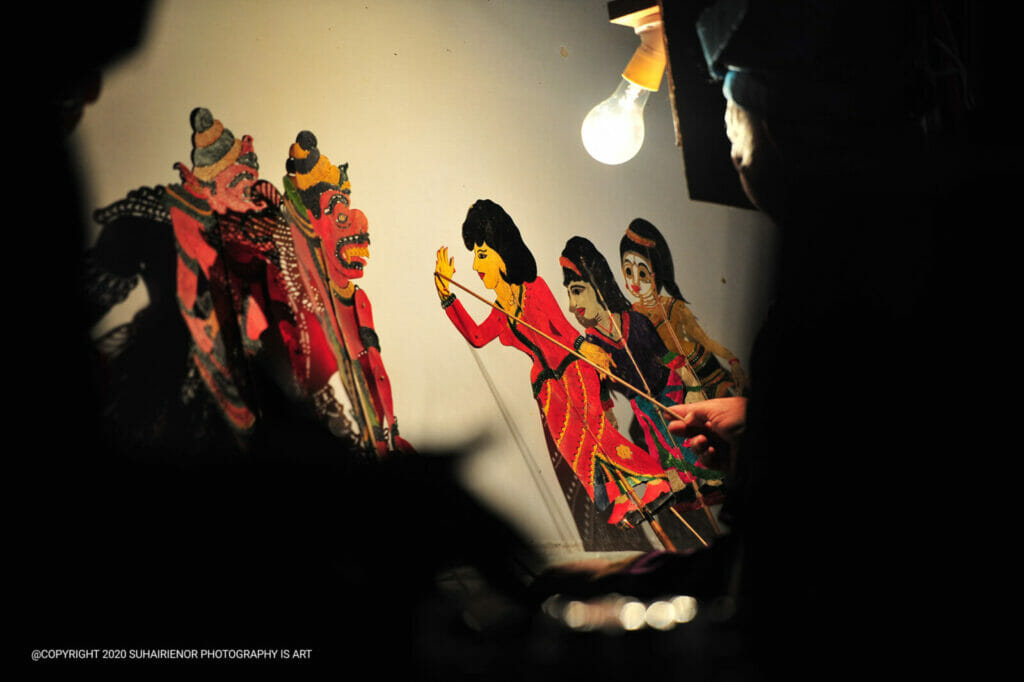 Image via Suhairienor Photography is Art

What can people do to keep the wayang kulit culture alive?

Nowadays, movies like Raya and the Last Dragon (2021) are paying homage to wayang kulit. Will wayang kulit return to its former glory? Only time will tell. 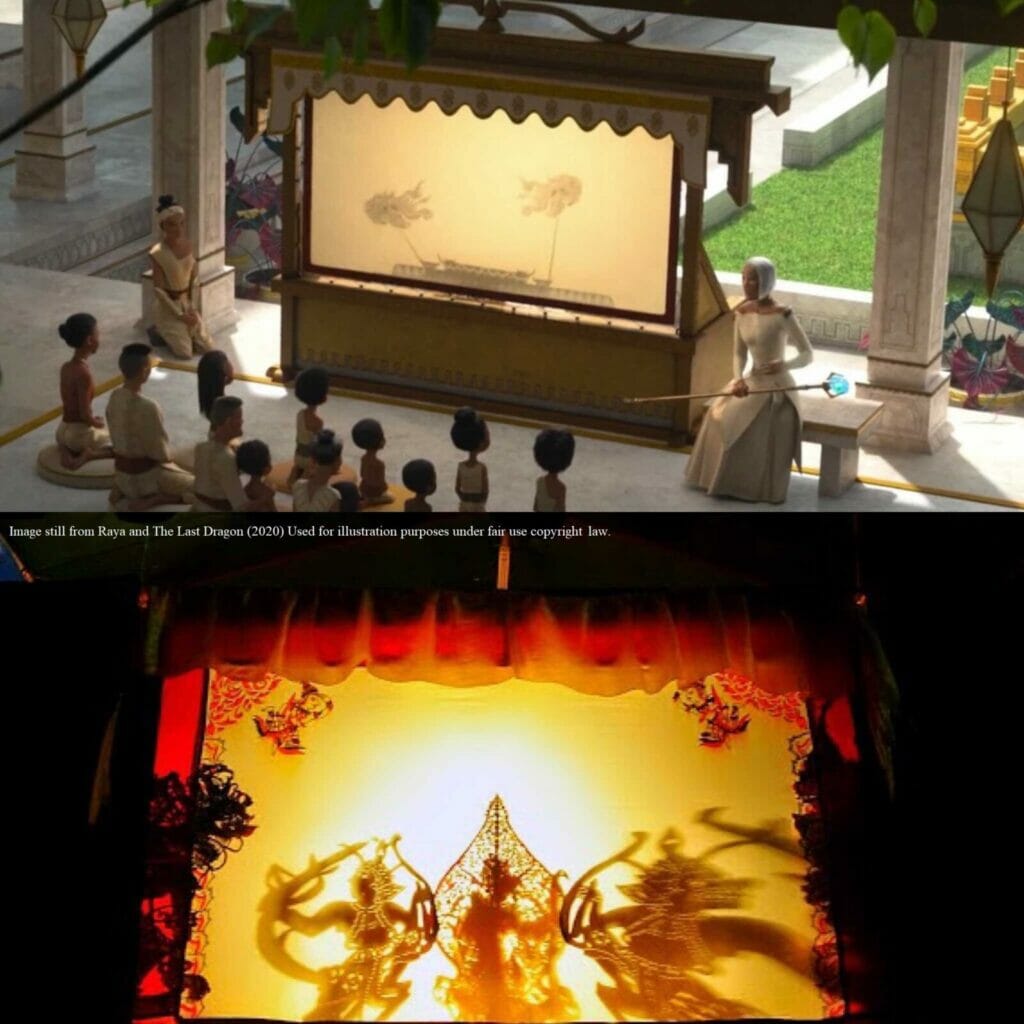 Recording and sharing traditions are amazing, and similar to Pak Cu’s grandson Adam, it would be even more spectacular shooting it with smartphones like the iPhone 12 Pro Max.

If you are interested to get yourself one, check out these plans from Maxis, the No. 1 network in Malaysia!

As time goes on, old traditions unfortunately may fade away and disappear forever. So, people like you and I should continue capturing images and footage to preserve these memories.

If you hear about a wayang kulit performance happening in your area, do attend, capture the art and share in your social media. 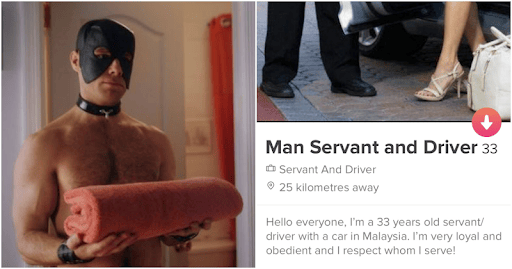 I came close to having a 'manservant' when I matched with this guy on Tinder. A manservant is a …