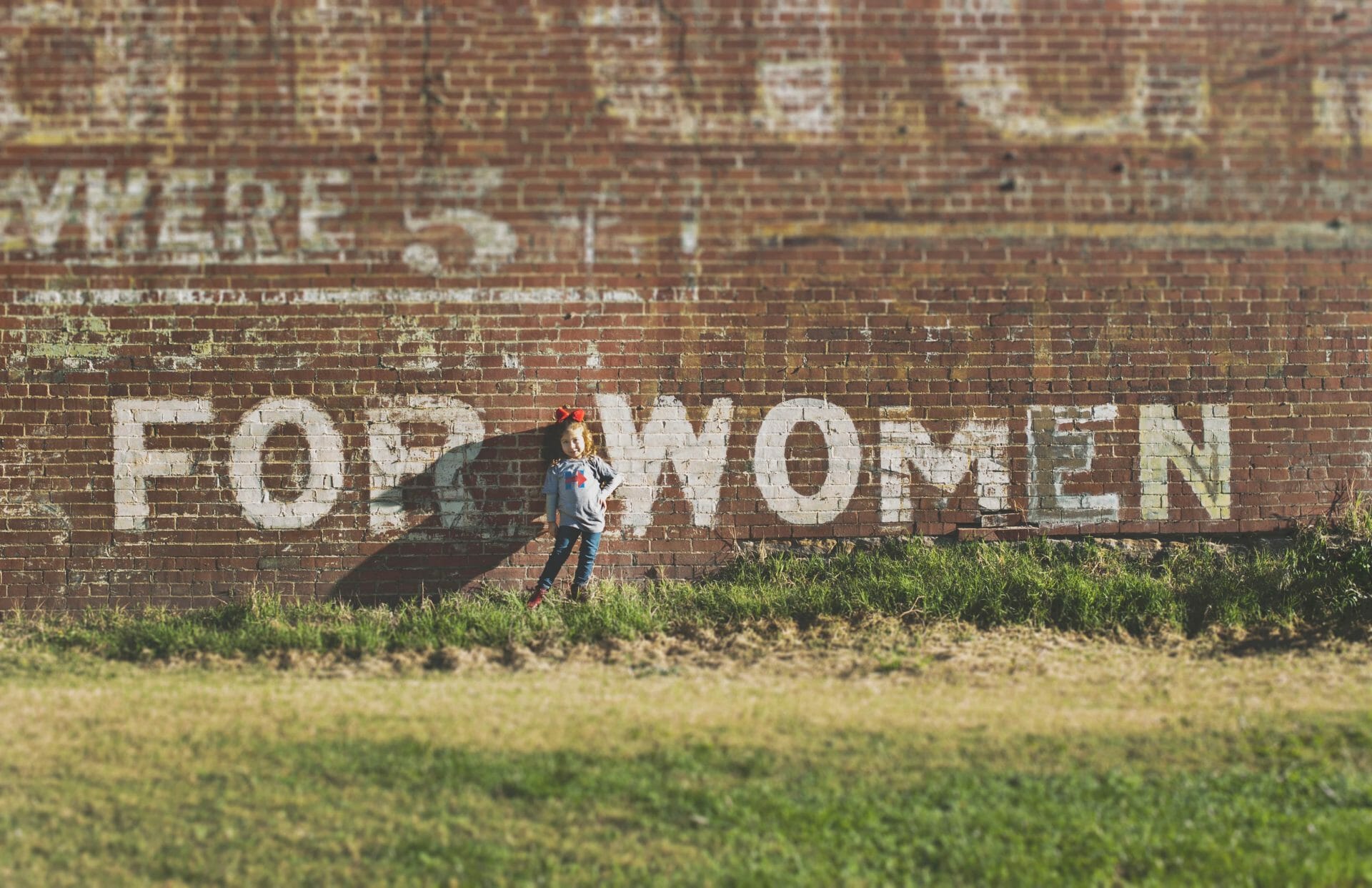 “I like being a woman, even in a man’s world. After all, men can’t wear dresses, but we can wear the pants” – Whitney Houston

The military, engineering, oil and gas industry – these are just some examples of industries monopolised by men. The womenfolk exist, but only rarely.

Still, despite their rarity, women are finally gaining the recognition they deserve. It’s about time that everyone acknowledged women for the (equally) hard work that they do.

To celebrate women holding their own in a male dominated world, here are the accounts of a few strong, Malaysian women – and what’s it like being in their shoes.

She’s currently holding a superior rank – a rare feat for a woman in the Malaysian military. However, getting there wasn’t easy. It was a hard road for Lt. Col Fatimah (not her real name).

“I feel that I have to do everything twice as good just to been seen as equal to the male officers”, she admitted. When asked if she had to do any of the tasks differently, she said, “Heck no! I always perform and do what’s supposed to be done down to the T.

“It’s actually (some of) the men who opt for short cuts, whether in physical training, assignments, or chores.”

To be fair, the trainings that she had to go through as a cadet weren’t as gruesome as the ones Demi Moore had to do in GI. Jane.

“The trainings were modified to suit women, you know, just like the push-ups; there are men and women’s versions of it. But I always put aside all these ‘versions’. To me, if the men could do it, I could do it better.”

She lamented the lack of faith and confidence by her male colleagues. It was a constant struggle to prove herself as being as “good as they are”.

She commented that it was much better when she attended courses, conferences, and meetings overseas. According to her, foreign military forces were much more welcoming to women officers.

“The atmosphere is so much more relaxed and laid-back for women officers like me. I can be myself and not be judged by my rank and gender.

“There are no double standards or bias,” she claimed. 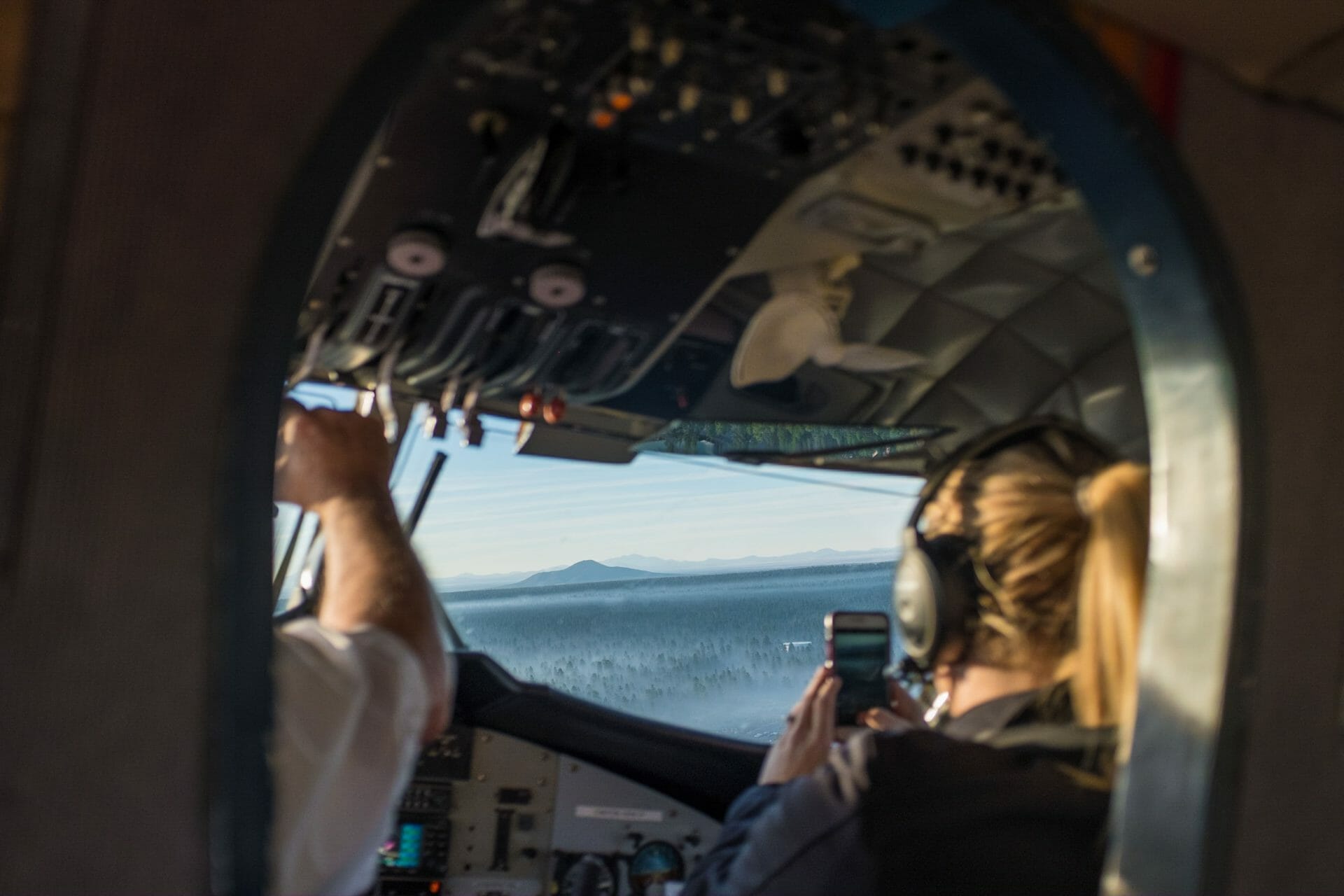 Unfortunately, throughout her service, she wasn’t spared from the scrutiny and discrimination back home. She recalls being mocked and teased by male pilots who were paired with her.

“You perempuan, that’s why Captains like to fly with you. Dia boleh enjoy the scenery.”

“I used to resent those kinds of comments, However, after I rose to a senior position, I realised that there are indeed people who are gems to fly with. These are the ones I can truly rely on, regardless of their gender,” she said.

Lt. Col Fatimah admitted feeling discriminated against, whether it was for promotions, meetings, or courses.

“But you know what? As I advanced in my career, I think the men feel threatened by my presence. That’s why they’d go the extra mile just to put me on the sideline.

“Well, let them try. That’ll only fire me up! For me, I’ll just go with the flow of things, whether bad or good.

“And I never show the men when I’m upset, sad, or angry. That’s how I handle difficult situations,” she added.

Things are a bit different for Yaya (not her real name). She’s a civil engineer with a well-known housing developer for two years now. Currently, she’s the only woman holding the post.

One can tell how much Yaya loves her job just by listening to how enthusiastically she describes it.

“I get to learn things like highway road drainage design, and traffic light systems to manage vehicle flow – because these are all common things in our daily life,” she exclaimed.

Unlike other women, Yaya took up Civil Engineering because of how complex yet practical it is. She’s interested in things like Geotechnical engineering, Water Treatment & Supply, Mechanical & Electrical engineering, Structural Analysis, and Traffic Design among others.

“I found them all fascinating,” she said.

Despite loving her job, there are challenges she hadn’t anticipated.

“Let me tell you, managing a group of a men is definitely not easy. I can’t simply push them to do what I ask. I’ve got to be smart and be tactful about it.

For example, I would inform them two days before the deadline, using humour and good nature. But I’ll deliver the instructions sternly though, to ensure they don’t slack off.” 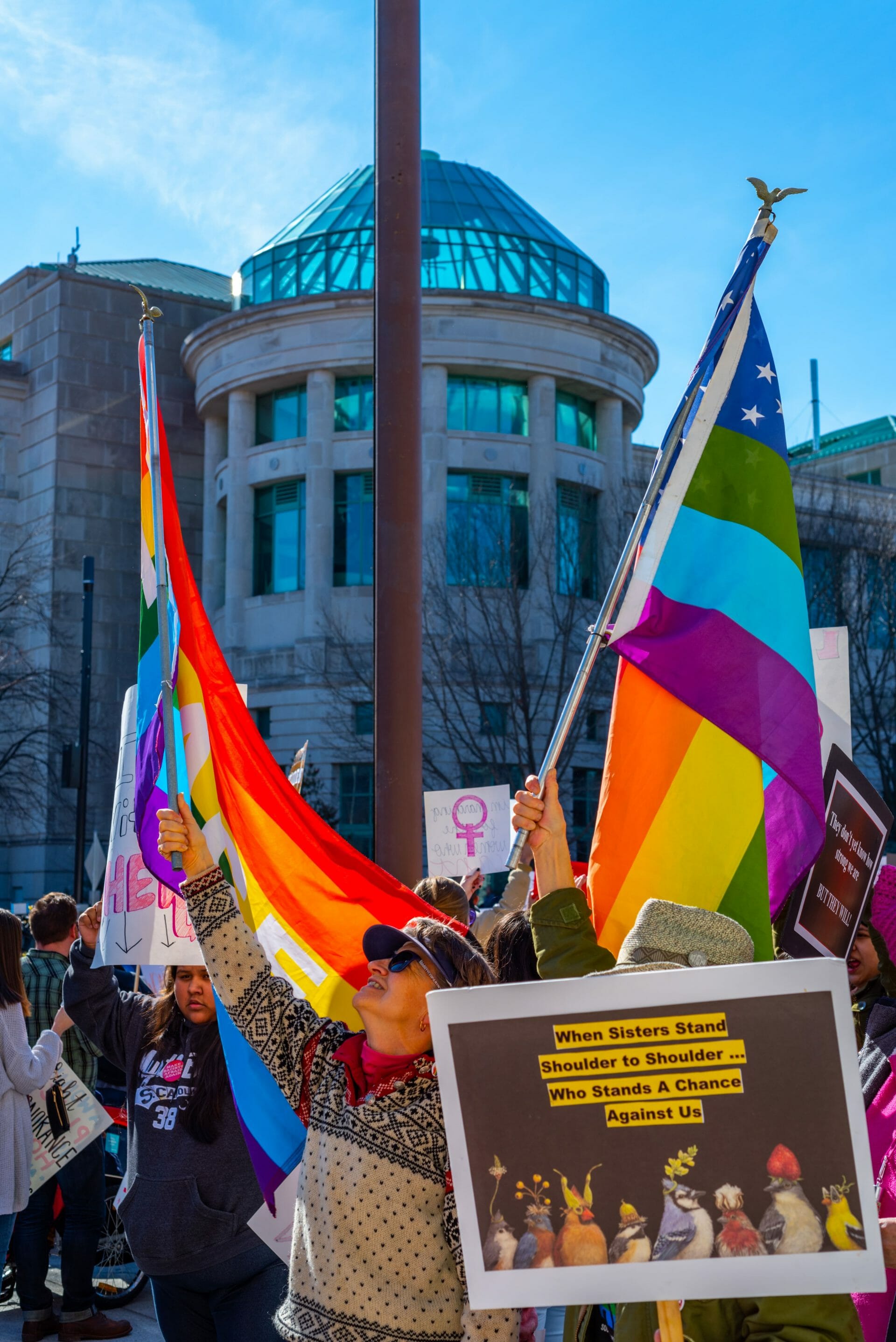 “Whatever women do they must do twice as well as men to be thought half as good. Luckily, this is not difficult” – Charlotte Whitton

At 30, some of her colleagues and subordinates are much older than her. Luckily, most of them are  supportive.

“I feel like I’ve earned their respect thanks to my diligence and hard work. I’ve proven myself to be worthy of the team.”

She sings a different tune for the outside contractors though.

“Usually, dealing with them is tough because I feel that they underestimate me, especially when it comes to crisis handling and problem solving.

“To many of them, it’s simply because I’m a woman. They have this impression that because of my gender, I’m not knowledgeable or experienced enough to share my ideas and suggestions.”

So how does she handle them?

“Well, it depends on situation. For small matters, I usually stick to my guts. I will ask them to follow my decision. If they don’t then I simply refer them to my superior.

“I am there to work. I won’t stress myself out with the unjust way they treat me,” she said.

So what’s in the future for this pilot and civil engineer?

“For now, I wish to continue in the construction field because it’s my passion. I’ll continue to build on my experience in project planning and developing. My goal is to someday be a Project Manager, so that I no longer have to go on-site every day,” said Yaya, full of hope.

Lt. Col Fatimah truly enjoys being an army officer, and doesn’t mind the discipline, protocol, and the male-majority environment at all.

“The armed forces have made me what I am now – a strong-willed woman. And this has helped me tremendously, both personally and professionally.

“I aim to be at the very top post before I retire. I also plan to help women advancement in the military while I’m here.” 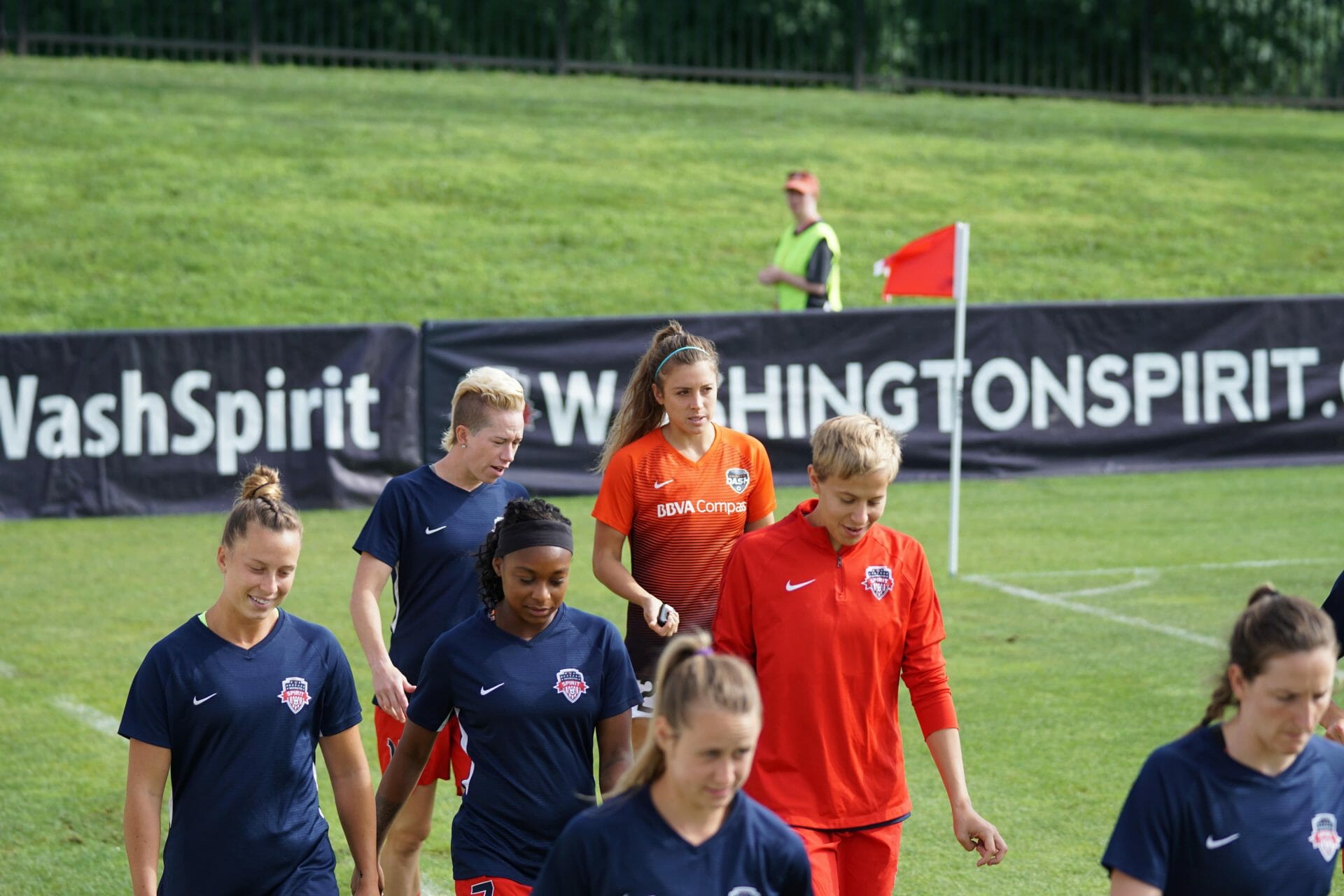 Ladies with balls of steel

I asked if they had any advice for ladies who are in a similar industry and/or position, and these powerful women had these to say:

“John F. Kennedy had once said – ‘ask not what your country can do for you, but what you can do for your country. I always use this quote when delivering speeches in the women officers’ programmes. It’s empowering and urges you to keep on giving your best for the betterment of your country – regardless of your gender,” said Lt. Col Fatimah.

As for Yaya, she encourages women to be strong mentally and physically, and work on their goals. “The most important thing is your determination. You have to prepare and learn how to work and be surrounded by male colleagues.”

Lt. Col Fatimah added that when she was younger, she used to feel upset over the stress men have given her due to her success as an officer.

For more articles on tough women, read How Malaysian Women Survive Career Challenges in Their Workplace, and Stress, and How to Handle It – by Raja Jesrina Arshad, Co-Founder & Ceo of PurelyB.