28 year-old Naqiuddin was an aspiring doctor, but one day in 2017, he quit being a house officer to pursue his passion for cakes.
Christening his bakery business “Triad of Batter”, his culinary creations grace the homepage of the Instagram account (@triadofbatter) — which he uses as his calling card. 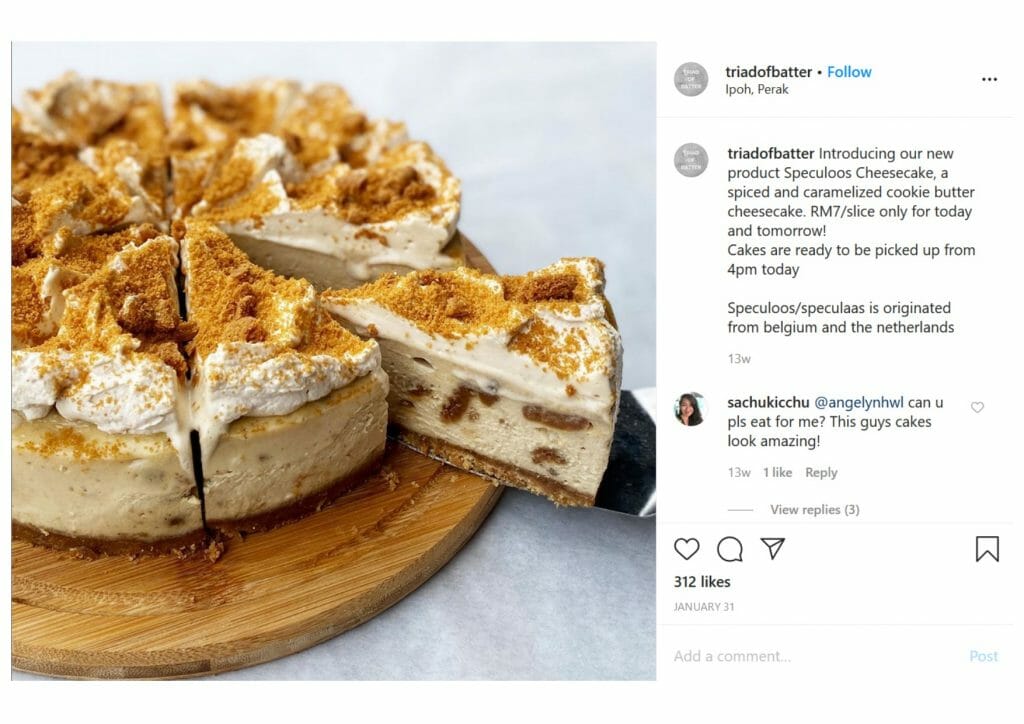 Triad of Batter’s IG feed reveals a man whose passion lies not in stethoscopes, but in perfecting that white swirl frosting on his Raspberry London Fog Cake.

But where did it all start?

From Russia With Love

From 2010 to 2016, Naqiuddin studied at the Nizhny Novgorod State Medical Academy in Russia.

You would imagine that his room would be a typical student’s room — filled with tonnes of books,  unattended laundry, and study notes taped all over the wall.

But Naq wasn’t a typical uni student. The air in his room? Vanilla extract. His bed? A couple of trays of cupcakes. And his weekends? Cookies and frostings.

Growing up, Naqiuddin watched his mother make all sorts of “kuih” and sold them. Inspired by her, he developed an early interest in food.

During uni, he put into practice the recipes which had long been forming in his mind.

“I started baking chicken quiche and pies for my friends. It was just a hobby at the time,” he said modestly.

The moments where he put a smile on his friends’ faces lit a fire in him.

“Seeing their faces light up from tasting my food made me feel so happy,” he said. 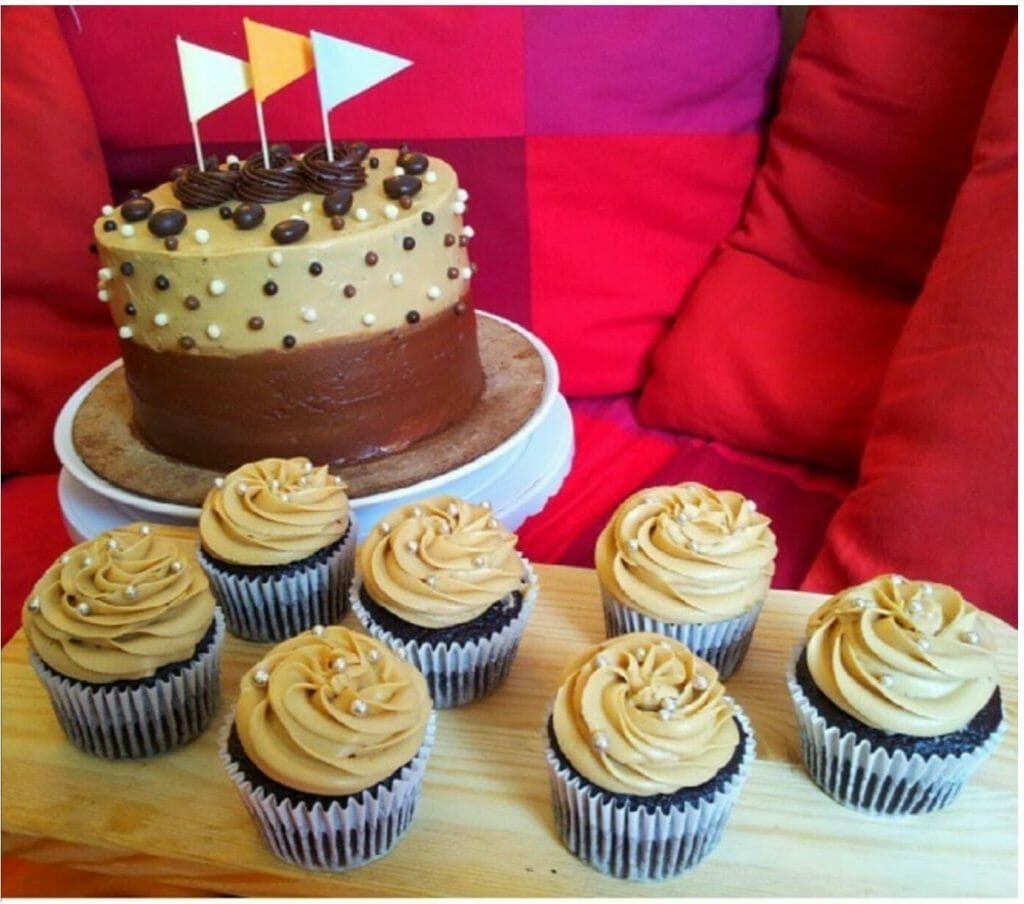 [Davidoff Espresso cake and cupcakes Naqiuddin had baked back in Russia. ]

Naqiuddin baked and sold six types of cakes while he was still studying in Russia.

His friends started engaging his talent for their birthdays and graduation celebrations. Soon, his hobby had turned into a source of side income.

Being a doctor was hard

Still, Naqiuddin had always pictured himself treating patients at the National Heart Institute of Malaysia.

In 2016, he graduated from Moscow with a doctorate degree, and was stationed at Hospital Kuala Lumpur. Putting his white coat on, he served as a house office for two years. 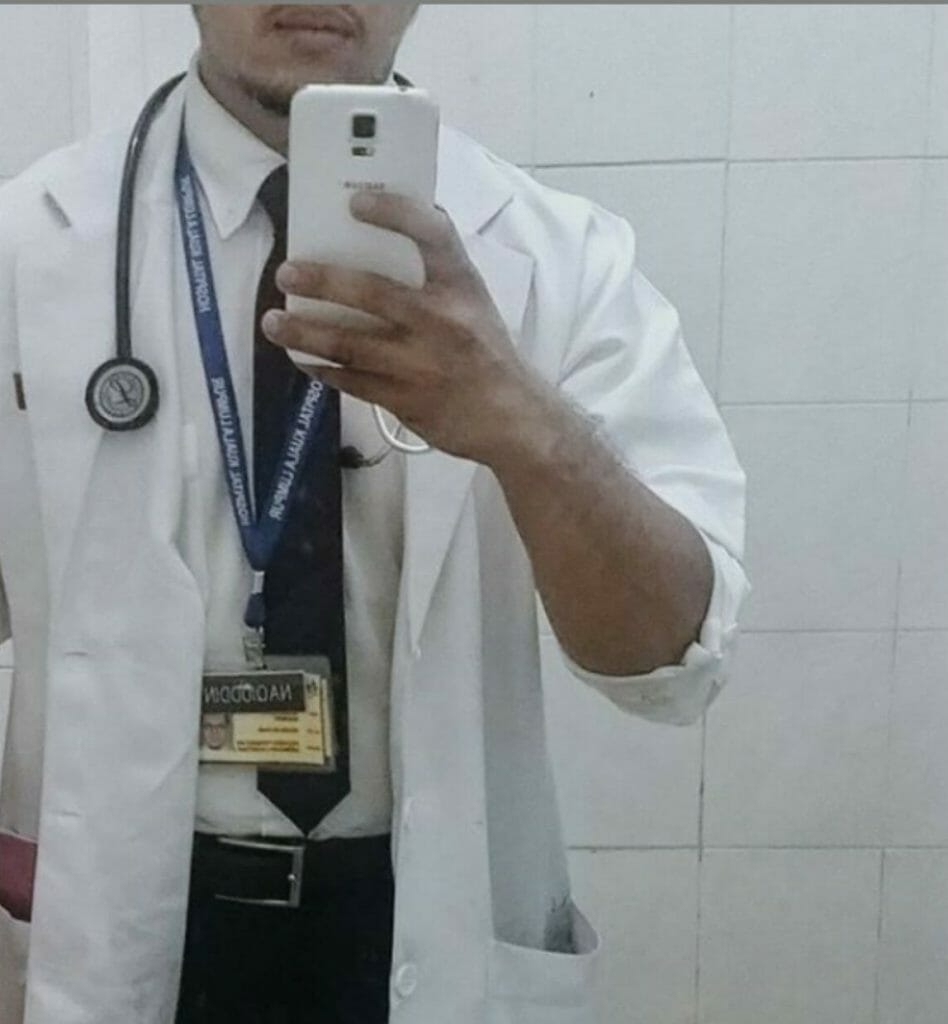 [Naqiuddin when he was a house officer.]

Naqiuddin says he did not serve the patients for himself, but for his parents whom he wanted to repay and make proud.

“When I started working, all I wanted to do was to give my parents a bit of satisfaction for sacrificing everything to send me to med school,” he said.

And yet the demands of his working environment took its toll on him.

“My mental health was deteriorating quickly,” said Naqiuddin, “ So I decided to leave my career.”

He felt regret that he could not live up to that dream he had when he first got accepted into that med school. But that’s when he had a realisation.

“Throughout medical school, I’ve always been creating recipes. So why couldn’t I turn it into something profitable?”

Knowing he had something else he was good at, he intended to use it to his fullest.

And that was when he made the decision to hang up his stethoscope and put on a baker’s apron.

“I needed to make a good first impression — so I made these two flavors the best they could possibly be,” he explained.

His cakes, which he baked in his own home, boasted delicate layers of cream and generous raspberry toppings, arranged into florets on top of the cake. 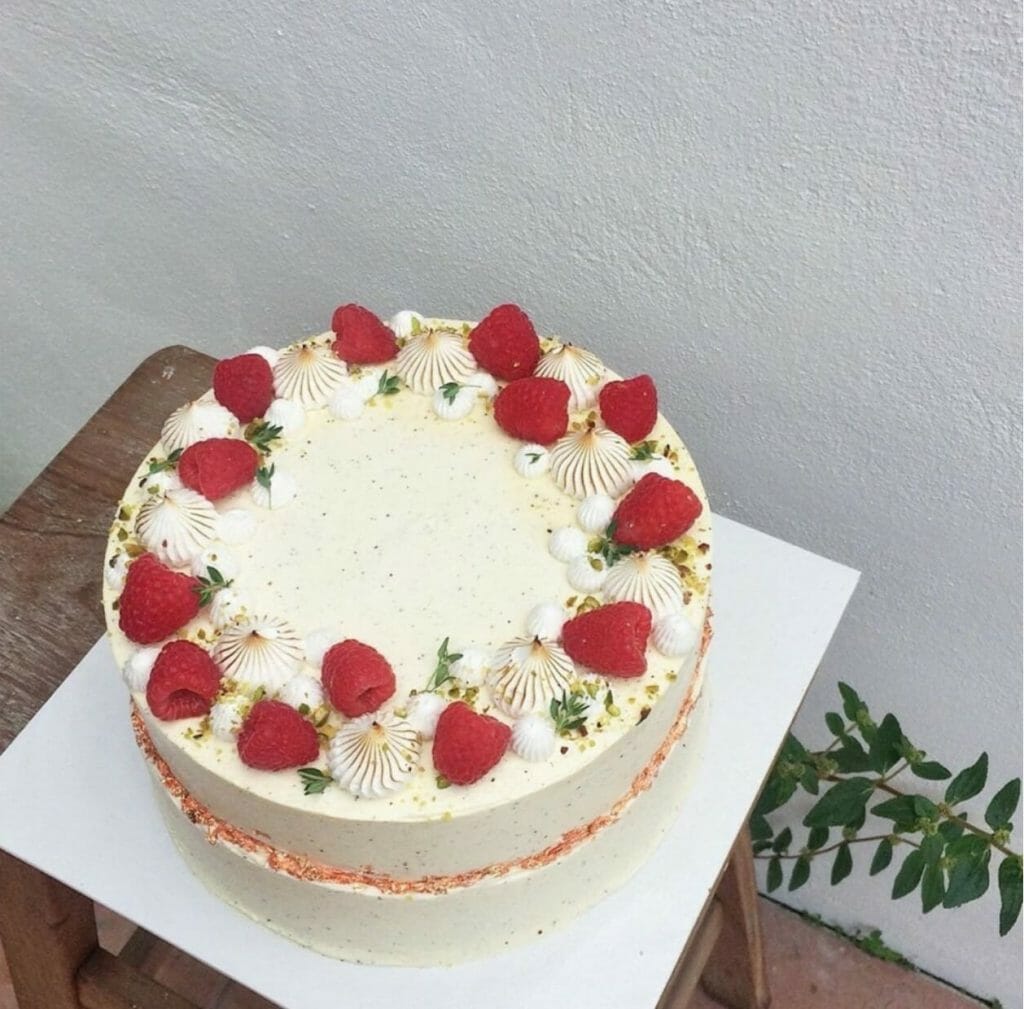 When he first drove to a nearby mosque and sold his pastries there, he could see the potential for a business forming.

With the support from friends and family, his drive kept growing, and so did his menu.

Triad of Batter was at its beginning.

“Selling cakes is the best thing that happened to me.”

Fast forward to seven years later, and now he bakes full-time in his kitchen, with orders flowing in fast.

“Before, I had no confidence at all when I first started selling cakes. Now there are nearly 40 cakes on the menu!” says Naqiuddin, brimming with happiness.

There were challenges along the way, of course.

“One of my cakes collapsed,” he said, recalling one of his worst experiences. “It was a 2-tier cake for a birthday.”

Undaunted, Naqiuddin parked his car at a mosque nearby and fixed it with a bit of baker’s ingenuity.

Another time, he put the wrong ingredient into the recipe.

“I mistakenly chose red rose syrup instead of red food coloring,” he chuckled. “The cake was still edible but it tasted like Air Mawar.” 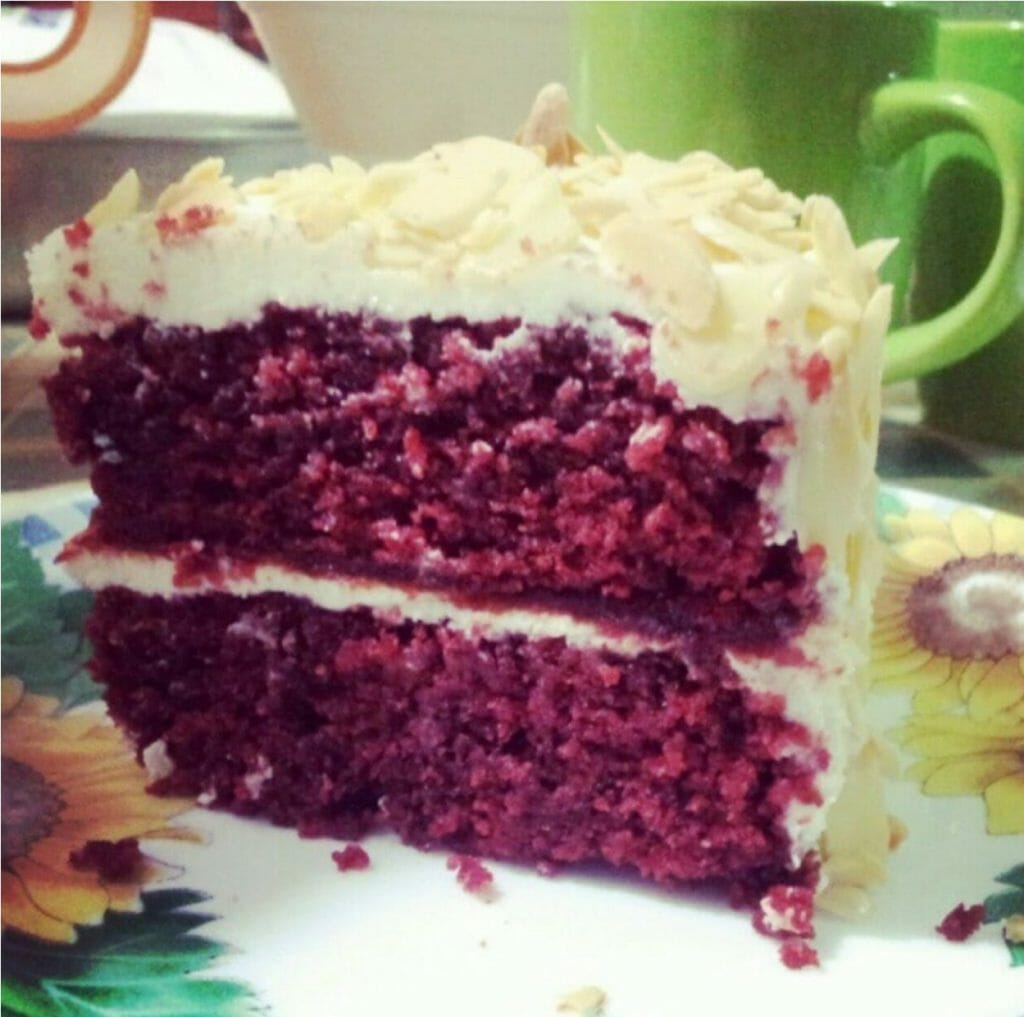 [ One of his earlier attempts of a red velvet cake. ]

Today he faces the entrepreneurial challenge of running his home-based business all by himself.

“I have no staff. I do everything from restocking ingredients, baking, delivering and managing a financial account,” he quietly acknowledges.

When I asked him where he gets his inspiration from, he says they mostly came from Saadia Masood from La Ombre Creations and Syainim Ghazali from Brown & Sugar. 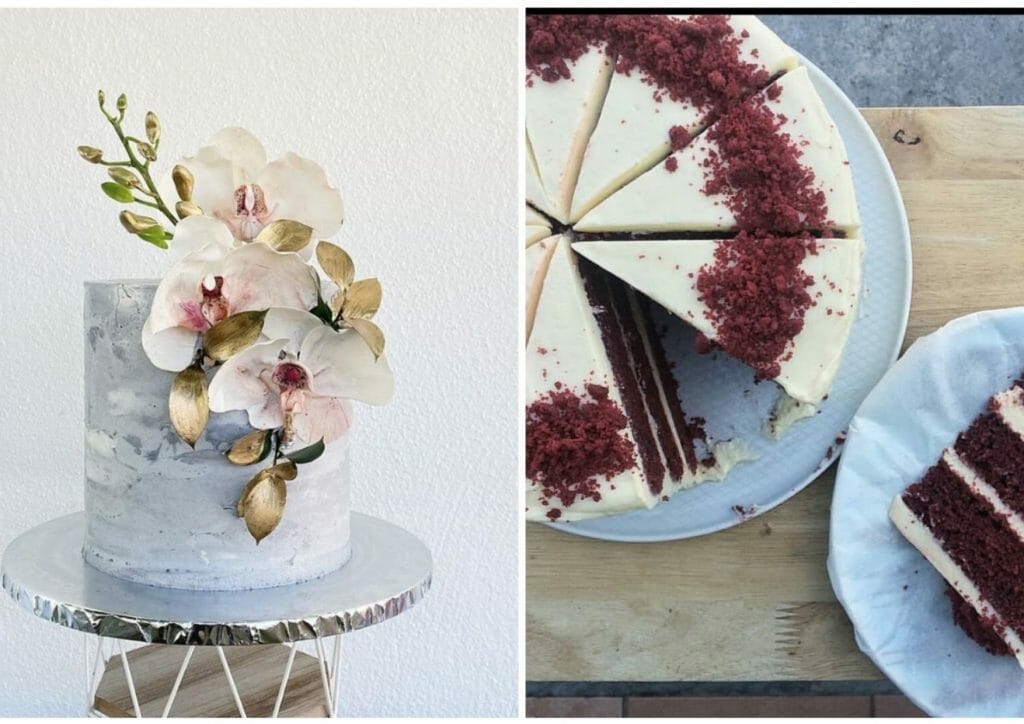 The idea of a career switch can appear drastic to some, but Naqiuddin counts himself as one of the lucky ones.

“I did not expect I would be a cake artist,” he said. “I am really grateful that the people closest to me have always supported me.”

He may be out of medical school, but the learning never stops.

“The most crucial thing is doing my own research, trials and experiments in baking,” he said.

The proof is in the pudding 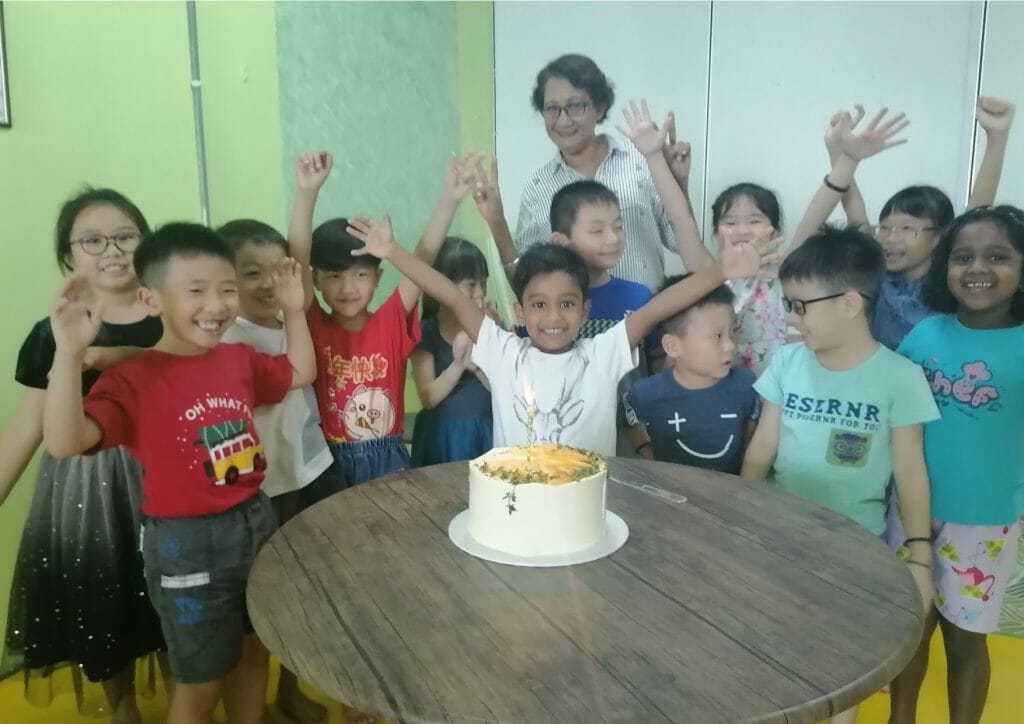 Prior to the interview, I ordered a Lemon Lavender cake from Triad of Batter for my mother’s birthday.

Seeing how happy she looked feeding cake to her little learners, I felt no regret at all. Until little Emmer took the last bite of the lemon lavender before I could save myself a slice.

I knew I should have ordered a bigger cake.

The icing on the cake

These days, Naqiuddin dreams of becoming a world class cake artist. The springboard? A cake studio he hopes to own in his hometown, Ipoh, by 2025.

The 28-year-old baker relies on his positive mindset to keep pushing, for it is crucial to make it in an industry as competitive as baking.

“Some of us are born with natural talent,” he says. “However with passion and hardwork, anyone can achieve what they set their hearts on.”

For more stories like this, read: I Was 30K in Debt And Became A Street Beggar — Now I own 5 Massage Parlours.