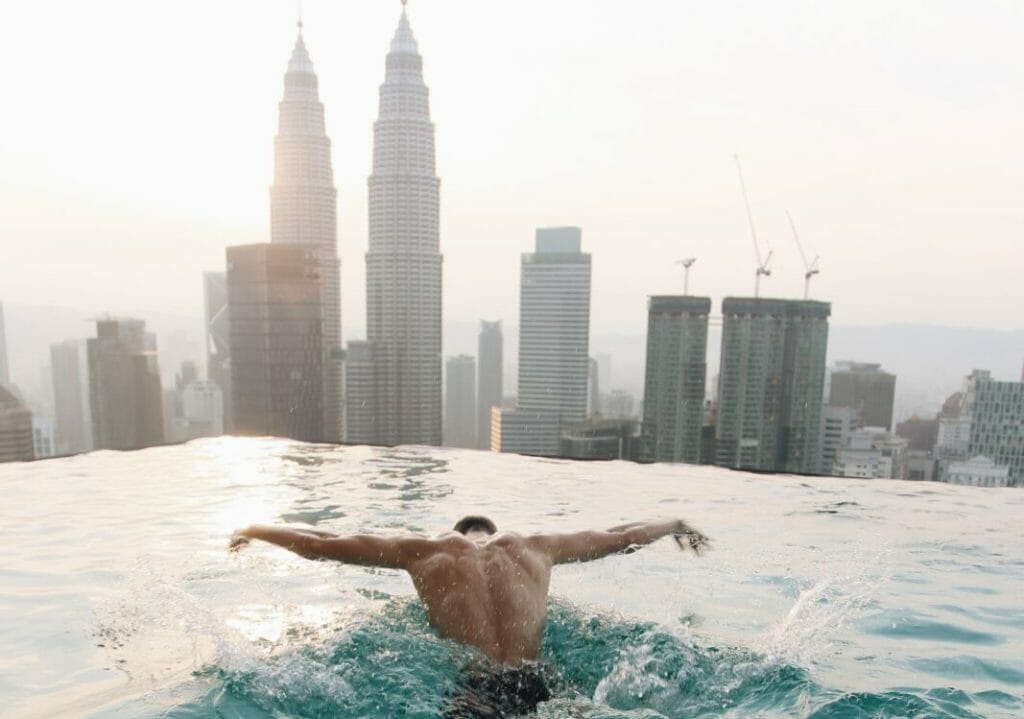 Expat (short for expatriate) – defined as someone who lives outside of their native country.

We’ve seen them all over KL. You can find them lounging around Changkat and Bangsar, enjoying the nightlife scene we have to offer (pre-pandemic at least). The ones who fancy themselves a little more local than the other expats enjoy congregating at speakeasy or concept bars.

Most of them are white and/or from Western countries. We call them “expats” and we know they exist but what are they? And why do they have so much money to spend? 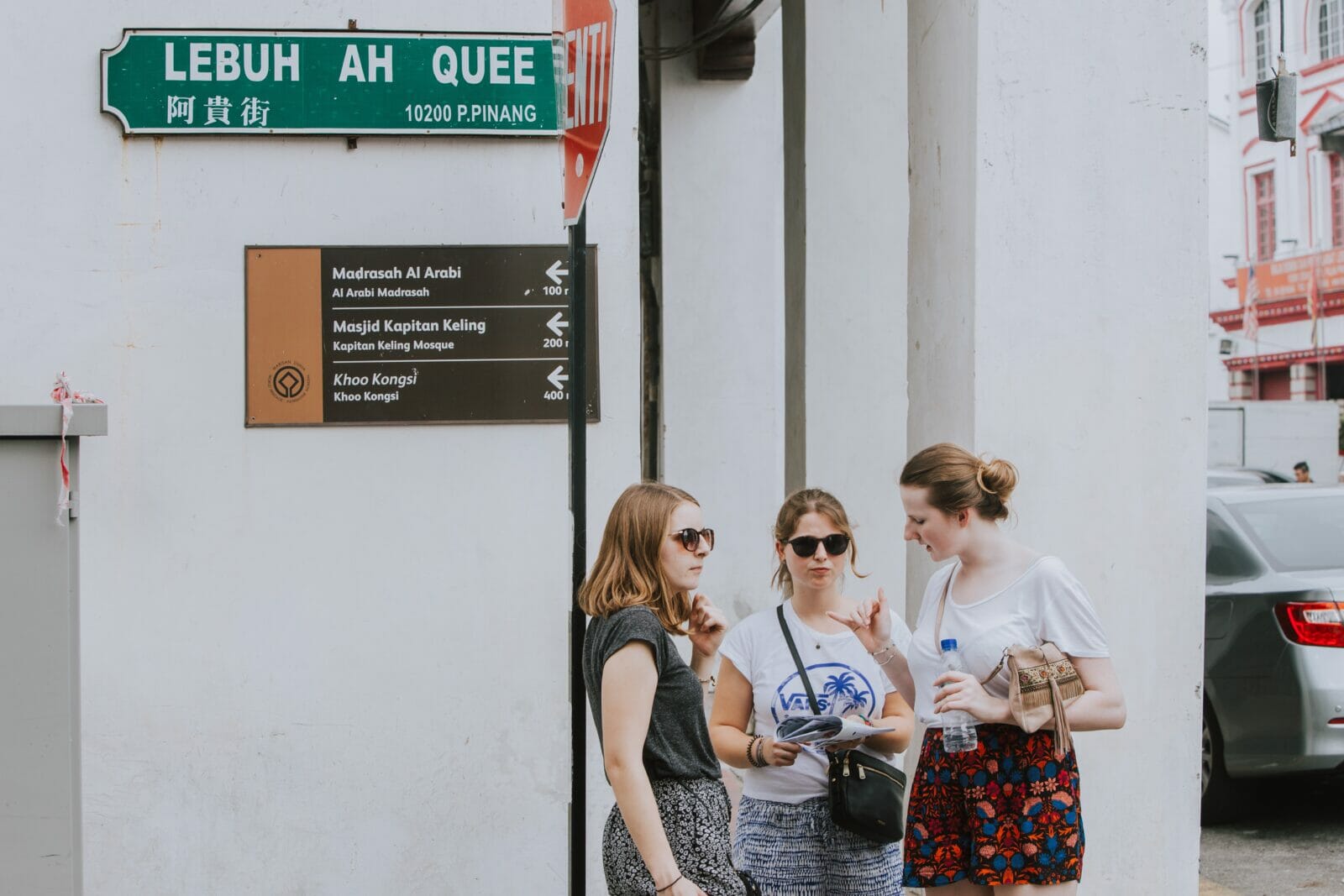 In addition to the white privilege they already enjoy, a lot of white expats lead a luxurious lifestyle here: a monthly salary that our B40 will never see in their entire lives and accommodation in places locals aspire to live in.

Part of this is due to some locals with mindsets that have yet to be decolonised. Just as recently as a few days ago, I saw on r/malaysia a discussion of the European colonialism our country experienced, in which I witnessed these gems:

“Eh, at least they … gave us independence”
“In my honest opinion, I think the british colonising malaya was good”
“I’ve always thought it was the best thing that happened to us”

So yeah, this is a pretty big deal.

Why do “expats” exist?

Hiring expats is actually, in theory, a great idea.

They’re supposed to nurture the local pool of talent in an emerging industry. There are a lot of specialised skills that the country may not have access to due to lack of training. That’s a gap expats are intended to cover.

Expats may also be sent abroad to Malaysia to study our local market and devise joint programmes for their company’s HQ and the offices in the other countries, By being sent abroad, expats are able to collaborate with the offices in HQ to create better cohesion between both locations.

They’re great for the local economy too. Expats spend their income locally when they live here, contributing to our country. Even though their income taxes are paid for by their company, the taxes are being paid.

Expats are also meant to quell politicking in the office, as an outside person is given the job (but that’s a discussion for later on in this article).

These are examples of the benefits expats enjoy in order to compensate for being uprooted away from their home countries, wherever that may be:

A coveted salary with local taxes accounted for,
Children to be sent to an international school with the fees covered by the company,
A decent imported car for personal use (no Protons or Peroduas here!),
Accommodation in a serviced residence (usually a high rise condominium in the KL city centre),
Annual trips back to the home country with flights paid for.

Of course, the contract of every expat does not necessarily include all of the above. The examples are just some of the most common perks expats are given.

So what are you complaining about?

First of all, it’s funny that they’re called expats when they’re from Western countries (sometimes Japan too) yet immigrants are also from brown countries such as Bangladesh, Indonesia and the Philippines.

“It’s because expats are working in a highly skilled sector with more people under their authority.” 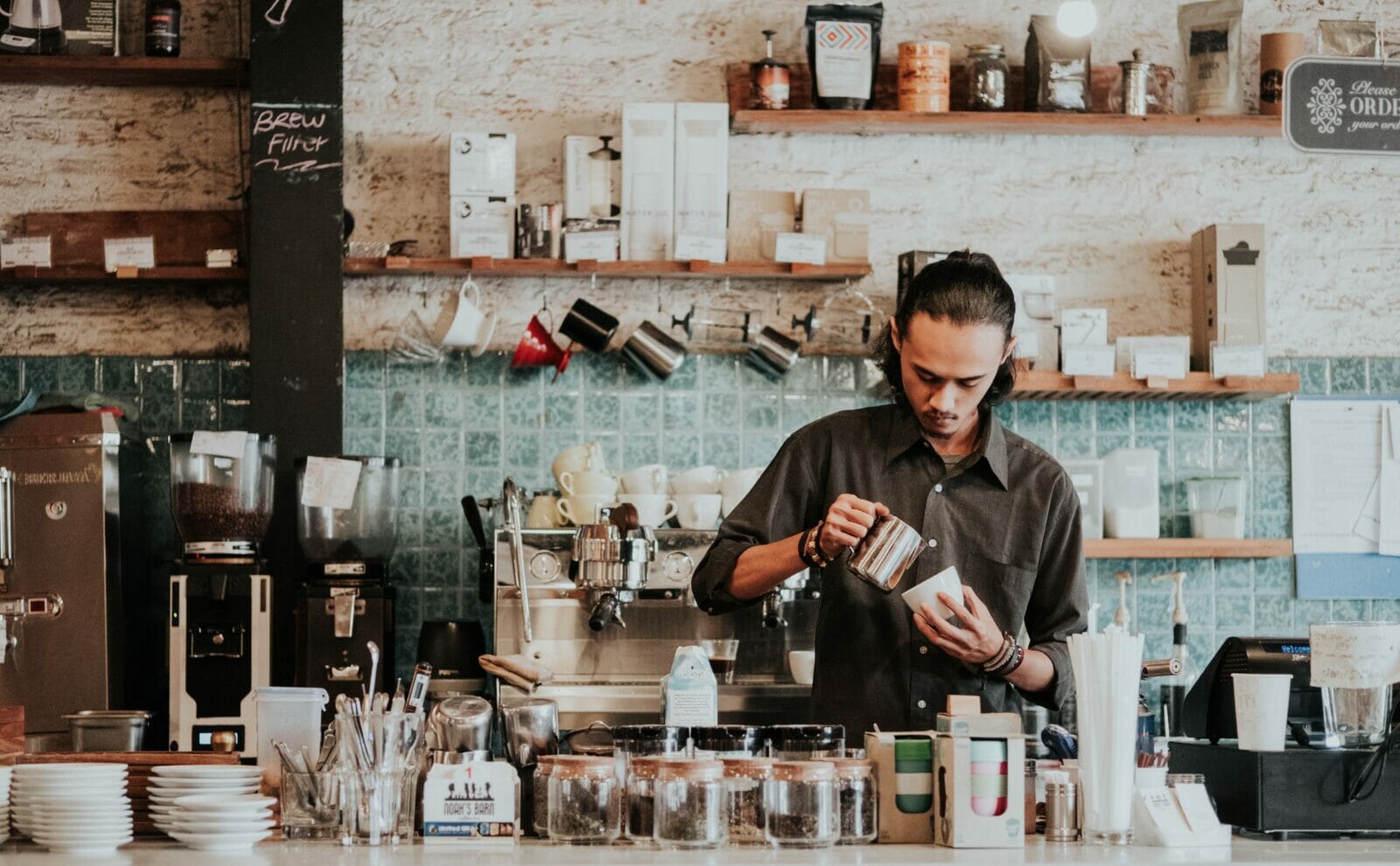 You’re telling me every barista serving coffee, the drug that most people live on and considered an essential service for essential workers, aren’t highly skilled at what they do? And I’m pretty sure any barista is in charge of the dispensation of caffeine in the morning has had to deal with a lot more people than a CEO and a lot more volatility. Yeah, you’re referring to a different skillset but one’s just more valued over another.

Here’s the thing: are these expats even qualified for the job they’re supposed to do? Are they really the best person for the job? Is this an industry that actually needs an expat instead of a local? Is this person given the preference over a local purely because they’re white or Western?

Sometimes the answer to the first three questions is no, with a yes for the last.

White expats without degrees can still get highly-paid roles

I’m aware of one young white European expat who works here and does not have a degree. I’m totally not against people without degrees as I am degree-less myself —

But why is it that a white European dude can get an expat package deal from work which includes payment for his accommodation, yet I can’t even find a job that pays around the poverty wage for myself?

I also recall when I was working at the local establishment of an international hotel chain. We had interns from Nepal and the Netherlands. Predictably, the Dutch interns were given much better treatment. I will admit that the Dutch university did negotiate a better deal for their interns though.

Some of the perks that the Dutch interns enjoyed was that their stay was in the hotel itself — not in a nearby dorm like the Nepalese interns.

The Dutch male interns would frequent the hotel gym and pool, and they were very annoyed at being told to stop using the facilities because they were not paying hotel guests.

(I remember them complaining about this although it made perfect sense to me — I didn’t see the Nepalese interns using the hotel facilities unless they were invited to).

The General Manager himself frequently worked with the Dutch interns and they clashed often. I also remember them complaining about some of his business views or other career related issues after every meeting they had with him, as if these young teenagers might know better than a brown man with experience.

Not only that but one of my relatives, who worked as a secretary in another department told me that they heard that the hotel intended to start training a few receptionists to function as guest relations officers (not in the way you’re thinking).

However, the person who would be in charge of training them was one of the Dutch interns.

Wait. So an intern will be responsible for training people for specialised roles? 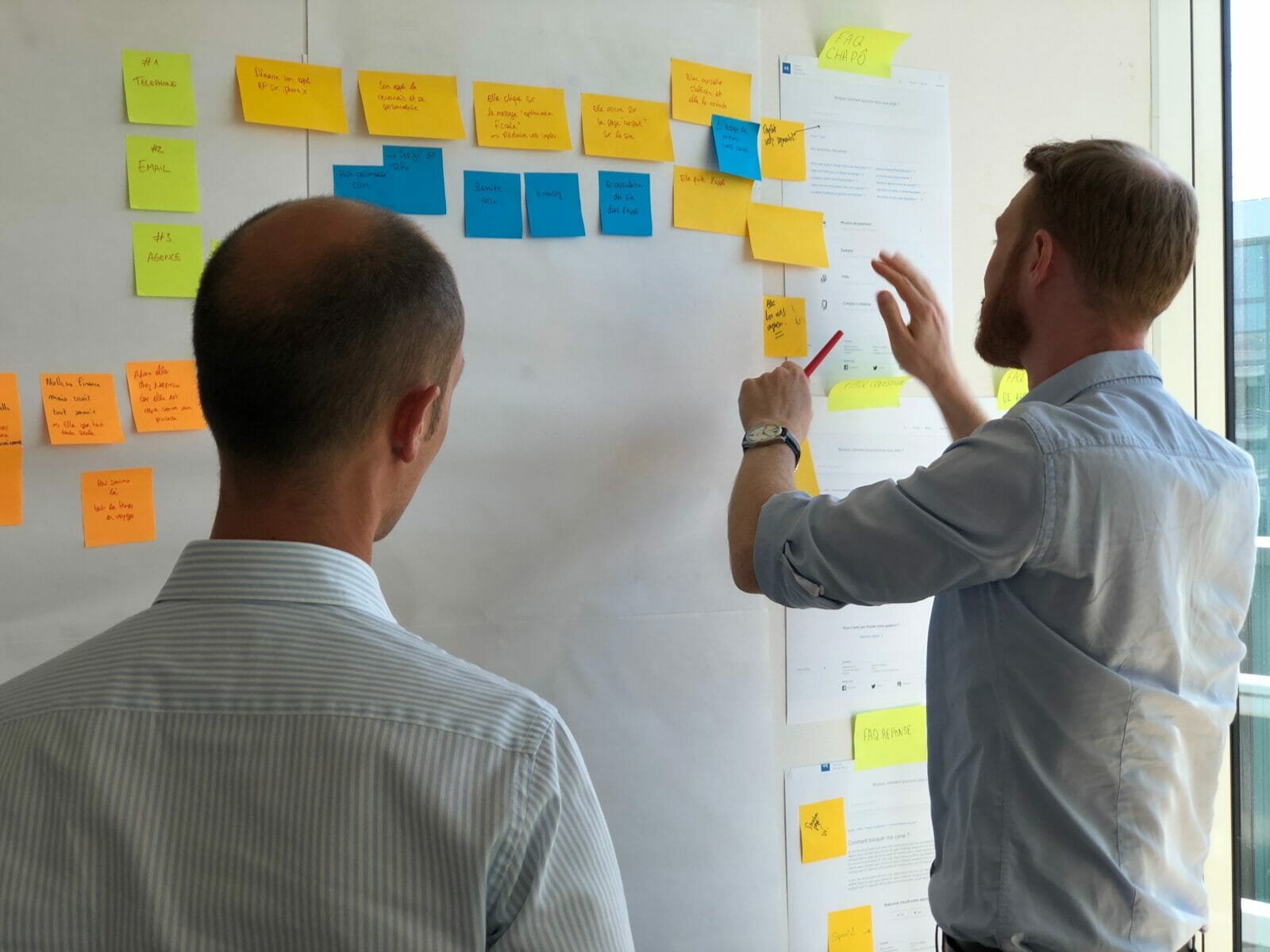 White entitlement is a strong force and many of us are complicit in enabling it further.

I spoke to a female friend of mine, Hani who dated a white Canadian woman, Catherine for a couple of months.

Hani comes from a conservative Malay family. Catherine had been living in Malaysia as an expat for a few years (4 – 5 years at the time, Hani thinks) by then. They ended up dating.

This one time, on her return from a family trip to Canada, Hani picked her up at the airport.

Catherine proudly announced to Hani that she had brought back a few bottles of liquor and some other goods, and she had snuck them through immigration and customs.

“Hashtag white privilege,” she cheerfully told Hani, knowing that due to being white and from a more politically powerful country she would rarely be stopped by Malaysian officers.

Catherine was aware of her white privilege — but she used it like a tool when it benefited her. 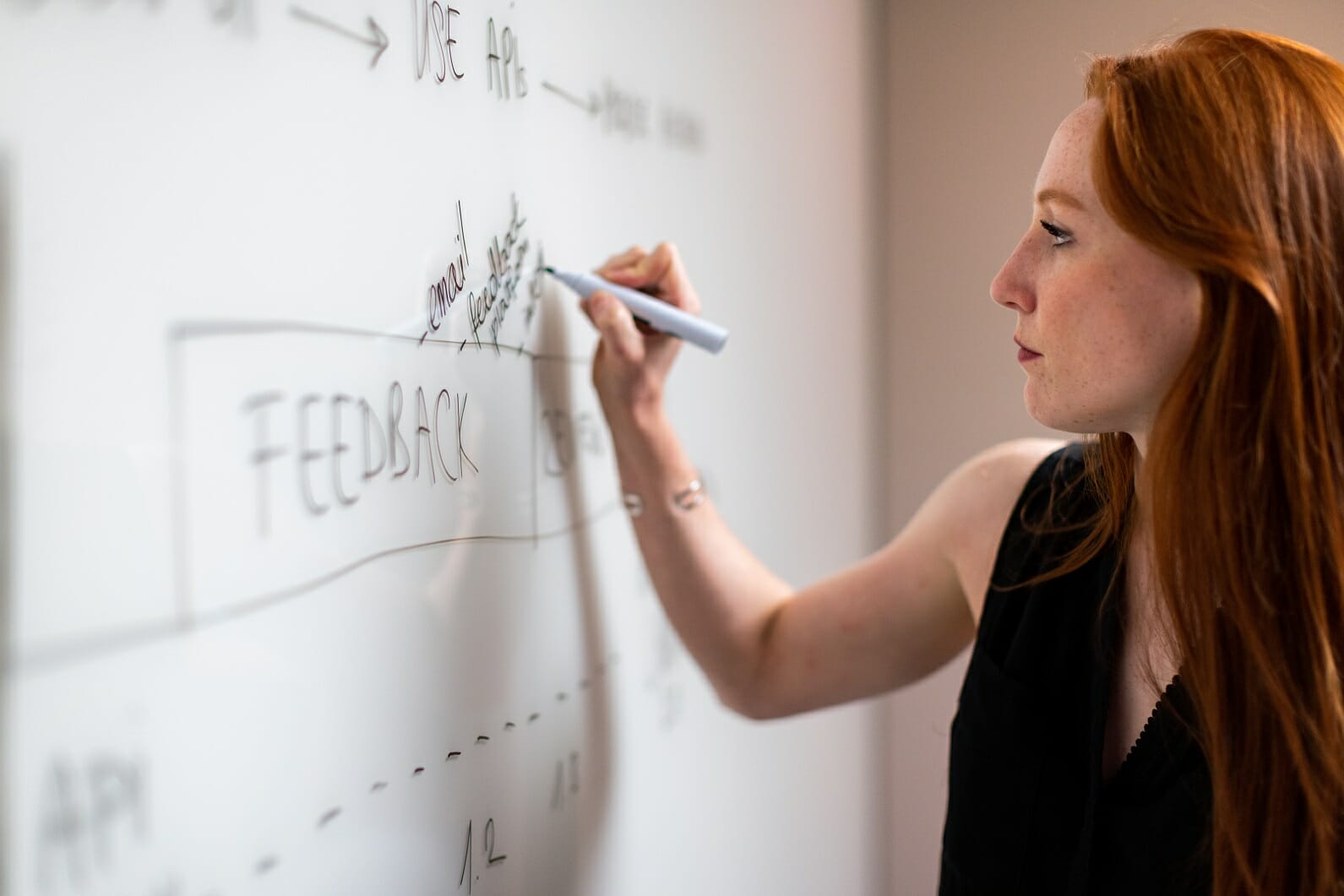 Catherine described herself as an intersectional feminist, but in reality, she was more of a Karen.

Despite having been immersed in the country and its LGBTQIA+ scene for a few years, Catherine was like all other white expats: She could be extremely clueless (at best) or maybe malicious or exploitative (at worst) about the cultural differences.

Hani is still in the closet. This is the reality for too many locals — most of us are unable to come out to our families, let alone think about being accepted by broader society.

“I couldn’t come out, even if I wanted to. The fallout would be too awful,” Hani had told her.

But instead of offering support, Catherine would tell Hani that she hates dating someone who isn’t out to their family. Catherine refused to understand Hani’s difficult position.

She was performing “white feminism”, which centres the experience of white women while ignoring the struggles of oppressed minorities.

It did not surprise me to hear that Catherine also disparaged Hani’s job as a DJ, and the fact that Hani lives with her family.

Hani told me that Catherine would say that her monthly salary of RM 9000 was very small compared to her peers (other expat teachers), who earned RM 15 000 – 20 000 a month. In context that is true, but it’s still a lot of money.
White expats and the teaching industry

Asia is known as a region which is underqualified (for teaching). White people come to Asian countries to make a more than decent living by being a teacher.

Of course, this takes teaching positions away from local teachers who are more qualified and have the training to handle children.

It also does not take into account the differences in learning styles and cultural norms between the white person’s home country and the asian students living locally. 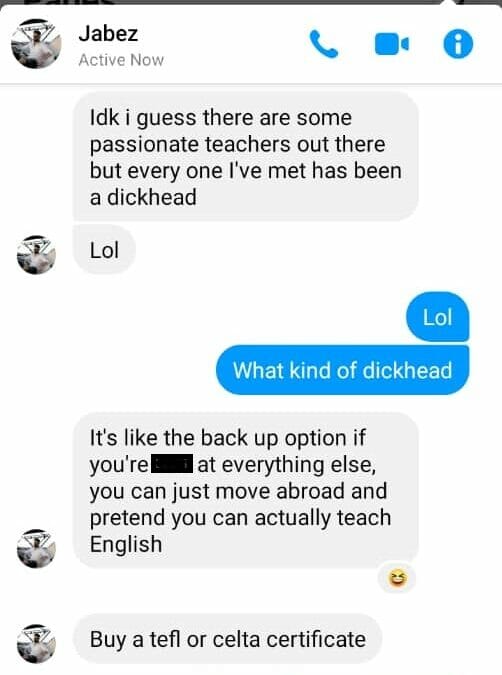 [A conversation with a UK friend, who says teaching is the “backup option” for many of them]

As for the prevention of the internal politicking, I’ve heard a real life experience from an older male I know who worked in the oil and gas industry.

He said: “ There is often an element of cronyism practised within the expat system.”

However, I did not get the chance to ask him whether it is in the hiring of an expat to send abroad, or the preferential treatment given to an expat in the country they’re working in.

Do we need to pay so many expats in our current economy?

What I am questioning right now is the need to hire people from Western/developed countries for industries such as visual art, content creation, teaching, and so on. 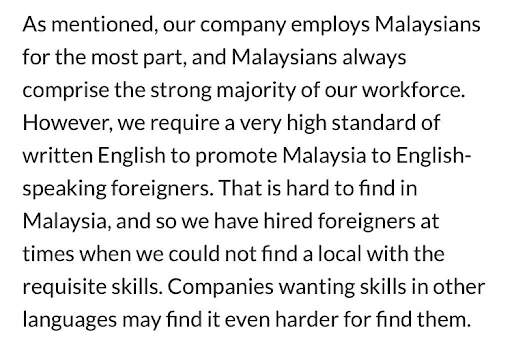 [Does this company really think there are no people who can be easily found here who can speak English with native fluency? You decide.]

Hiring expats is known to be expensive, but why do companies splurge on them unnecessarily? I know it’s to make it attractive enough for an expat to move here but honestly, it can be a bit much. 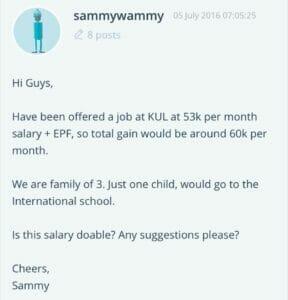 Why should we care about this?

People keep saying that brown immigrants are taking the jobs away from locals when they’re actually doing the jobs locals don’t want to do.

But it’s really the white expats doing the jobs we wish we could have who should be under a bit more scrutiny.

Why should we care about this? Because we can do our part in calling out the privileged behaviour of white expats when they’re being unreasonable. Awareness and recognition of privilege at work can go a long way in correcting our internal biases.

Because maybe someone reading this might be in the position of being able to choose between a local or more regional employee or an expat. And maybe this article might help them make that decision.

Because anti blackness and xenophobic sentiments exist in Malaysia even as we glorify white people.

Because neocolonialism is an actual thing that exists.

It may sound a bit too galaxy brained, but the only way we can make progress is by questioning if there’s a better way of doing things.

For more articles by Marie Morden, read: I Dated White Guys As An Asian Girl – Here’s Why It Can Suck, and The Racism I Experienced Dating In Malaysia and The Story of a Young Immigrant Housewife in Malaysia.