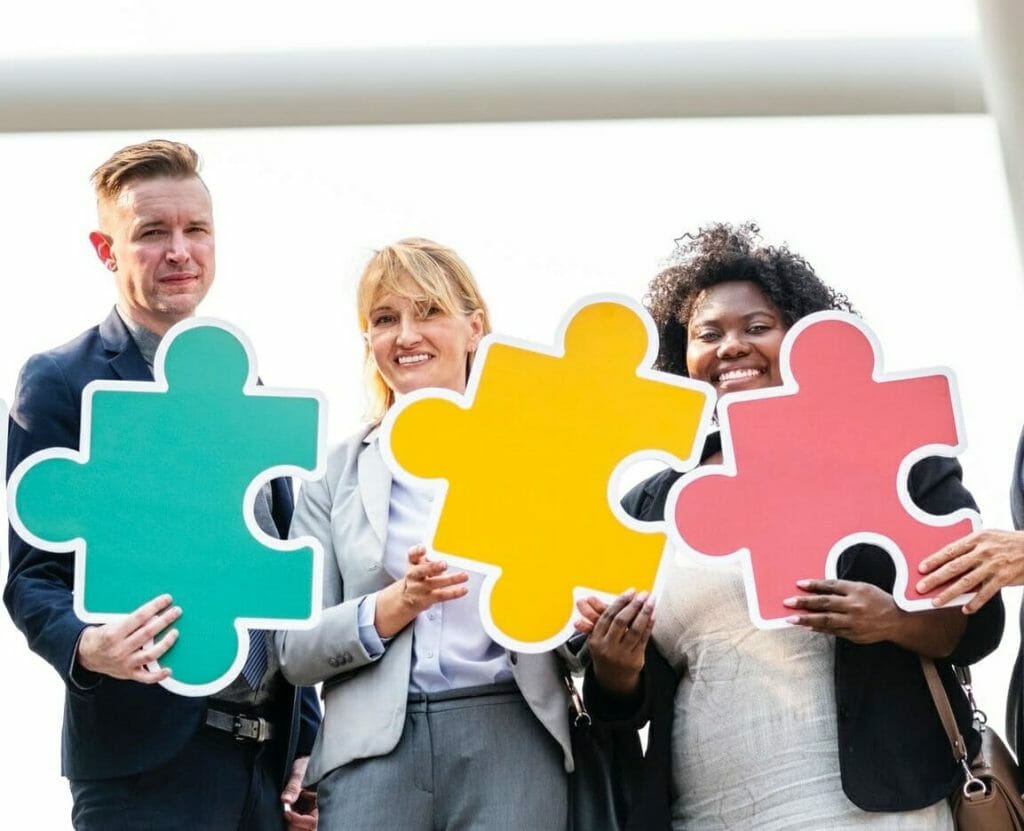 Hey everyone, I am Juliana. I have Aspergers Syndrome which is a condition on the Autism Spectrum.

Autism is a developmental disorder characterized by difficulties with social interaction and communication, and by restricted and repetitive behavior.

I started to be aware of it at 23 years old during work when I can never click with any of my colleagues even after I worked for almost 2 years. My boss picked up on that as other juniors who just worked 2-3 months already clicked with the seniors.

I only started to probe more this year after a fellow comedian pointed out possible reasons why my sets don’t work out on stage although there are jokes in it.

It is my lack of reaction when it comes to non-laughter (Most comedians are highly sensitive to this and will address that the joke did not land to release the tension stemming from awkwardness in the room) or even a rhetoric question from the audience.

I never have a formal diagnosis. I went for a free consultation to look for answers on what I am going through.

The specialist who gave the free consultation asked me a lot on my childhood and any particular routines I may have. From what she gathered, it matches the symptoms of Aspergers Syndrome.

I recalled a lot of things in the past, both the good and the not so good experiences.

Back then, I will feel that I am a weird child. Now, I do felt the things I experienced finally made sense.

Let me tell you more!

The moment I was born, she quickly go to the newborn section to count my fingers & toes, to make sure they are not stick together.

With a sigh of relief, she went back to her ward to rest.

4 years later, I already have a younger brother. He is 2 years younger than me. He is already bantering with my mum. I have not uttered a single word even at the age of 4. This is a real concern as my parents thought that I could be deaf or mute or both.

At a later age, my parents told me : When they tried calling my name, I don’t even look at them. It’s as though I am hyperfocused in my own world & not bothered with anything else. Put me & a cat together, call us, the cat will meow first.

My parents also told me this story :

After finish shopping at Fajar mini market, they need to have lunch. My parents were fumbling with 2 small children when trying to have lunch. The wantan mee hawker just offered to look after us for a short while as it’s off peak (2pm) when most people (mainly the office workers) already went back to work.

My brother showed an ugly face as he doesn’t like strangers. As for myself, I am sitting nicely in her arms without any reaction. Hence, I am the most “kidnap-able” kid since I don’t respond adversely to strangers.

That’s when my parents felt that something is amiss. My unresponsiveness seems weird. School years is going to start soon. Can I even go to school?

So my parents brought me to a family clinic to find out what’s wrong with me. Dr Foo did some diagnosis and said : “There is nothing to be worried about. A bit slow & clumsy, that’s about it.”

Fortunately, when I was 5, I spoke. My first words were: “Yakoi Yakoi ! Prop Prop Prop Pecah Pecah !!”

Mum & Dad were slightly disappointed as they expected my first words to be Mama & Papa. But still, the relief that I finally speak!

One year later, my parents enrolled me to kindergarten.

In school, I was usually quiet, always busy finishing up my homework & performed fairly well academically. But then I started to notice something I could do that my friends could not. I could memorise things really well… Especially random things like Phone Numbers, IC Numbers & Names of Pokemons.

Hence, the issue of me being disabled is dismissed.

The only snag is I am socially awkward. I am not shy but I don’t really know how to act when hanging around people.

I am unable to understand sarcasm. It’s a very lonely feeling as everyone is laughing at a common joke. I am the one who will laugh a bit later. At home. It feels as though you are deft when everyone is enjoying music at the disco.

I am unable to read facial expressions & body language. I only know people are not happy with me when they raise their voice.

Although I have a superpower memory, I was awkward and there was a real downside to my school experience. Nobody really was comfortable being friends with a skinny short calculator girl.

Group exercises was the worst. I always find it hard to look for a partner or a group that accepts me to work together.

My teacher is not helping either. Once, I painted a Batik piece alone because I am the odd number kid in the class. She said I am selfish not to share my Batik with another kid. The backstory is : I tried getting 2 kids to join me so it will be 3 of us painting together. They rejected my offer.

I also randomly break out into songs and dances, often in places that are inappropriate like the library.

I am clumsy and drop things often. After watching Star Wars The Phantom Menace, my mum called me Jar Jar Binks. My classmates did not call me Jar Jar but they acted like one when they saw me.

Based on my physique, a lot of people thought that I am active in sports. I am not. I got hit by balls a few times in my face. I am not even in the game. I got hit because I did not dodge although I can see a ball flying towards me. Due to my poor reflex, coordination and also safety reasons, I don’t engage in sports except running.

My teacher said to my parents that my grades are good but I am unable to get along with other kids and acted eccentric at times.

My parents don’t know how to care. They actually don’t know what to do with me so they tried very hard at not caring… They just told me : “Juliana, as long as you get As in your studies, it’s ok already. In fact, it’s better you don’t have friends now, so you can focus on your studies.”

When I graduated, I struggled a lot at work due to my inability to understand spoken instructions. I am very literal. My boss said : “Good Job.” I thanked her. Unaware of her black face & sarcastic tone.

She is very agitated by me misreading her instructions for the same assignment and said :

“You behave like an autistic. You are not thinking like a human, you are processing things like a robot. This does not work in a professional services firm. You may need to start looking for a job that suits an autistic person, eg. One that don’t need thinking & working with people.”

I am sad hearing that but it somehow piques my curiosity because autism is something that was never mentioned by my family who always thought I am a prodigy.

I did some research on Google. I don’t think I fit the bill. I am not dependent on my parents. I can feed myself. I am already leading a normal life.

The matter was soon dismissed as I am starting to cope with other issues in life like moving out from my dysfunctional family and learning to live on my own.

After doing stand-up comedy for a year plus, only then I realised that the issues I am facing are real (E.g. Unable to read the audience & speaking with a different pitch that even kids can tell is unnatural & robotic). Hence, I did not progress as much as my other peers who does comedy for the same length of time.

I decided to dig deep into it. That’s when I got a free consultation from a specialist to understand Aspergers Syndrome or high functioning autism.

The specialist said it’s no point giving a formal diagnosis as it can be expensive, process can be lengthy and I am already leading a fulfilling life for a person on the autism spectrum. Understanding and managing it is more important than getting a diagnosis.

As I started exploring my condition with an open mind, things started to fall into perspective. I began to understand all the things that happened in the past and accept who I am rather than hating herself for the limitations I have.

I like it when people always tell me : “You don’t look autistic.” I am surprised. Since when autistic becomes a fashion?

Movies like Rain Man promotes awareness of autism but don’t quite portray the reality of autism. No two autistics are the same.

People keep mentioning about Autism Awareness. I am trying to encourage Autism Acceptance.

Awareness is just : “I know. Full stop.” Acceptance is truly understanding & getting people to put themselves in our shoes. Solving the real issues together instead of just watching from the sidelines.

Autism Acceptance is not just for the public. It is also for myself who has been denying it for a couple of years, sweeping it under the carpet for so long.

After being raised to be independent for so long, to admit my dependency in some situations is shameful to me that time.

Speaking about it enables me to gradually accept that being autistic is nothing to be ashamed of.

By understanding myself, it gave me some clarity and I am less harsh on myself now. I made peace with myself & love myself just the way I am!

For everyone who reads this, regardless of what challenges you are facing, know that you are not alone in this & love yourself just the way you are!

For more articles on mental health and mental disorders, read 5 Things You Should Know About Adult Attention Deficit Hyperactivity Disorder (ADHD), and Your Mental Health: When You Know It’s Time to Get Professional Help.

Post Views: 52
AutismAutism AcceptanceAutism Spectrum Disorder
Previous ArticleI Was Broke and Divorced at 38. Here’s How I SurvivedNext ArticleI Had “Retroactive Jealousy” – I Was Jealous of My Boyfriend’s Exes

Juliana Heng
Juliana Heng is the founder of I Laugh KL Comedy Show, one of the founding member of Parti Komedi Rakyat (PKR) and has been doing stand-up comedy since September 2017. She strives to be a comedian who gets real, talking about issues considered taboo in the Asian society. Juliana’s role models in comedy are Hannah Gadsby, Tig Notaro & Neal Brennan. On the other hand, Juliana also does spoken word. She felt that this is her chance to be real with herself & say things that people may not want to hear but needs to hear. Spoken word is Juliana’s alter ego to stand-up comedy, a sanctuary for her to address issues without the need to be funny. Through various ways of telling her story, be it comedy or spoken word, Juliana found herself & the strength to move on in life!
Read More Stories
[wprpi by="category" post="5" excerpt_length="0" thumb_excerpt="true"]