Malaysians might complain about the education system, rote learning, and having too many extra-curricular activities. But one good thing we can’t deny is how we’re able to master so many languages when in some parts of the world, they can only speak only one language!

But unfortunately (or fortunately) for some, their ability to understand another language led to some pretty awkward and sticky situations. Here are a few examples of them.

1. Sales assistants making fun of his inability to afford the items.

Azman, a retired teacher in his 60s, went to a primary school in Penang, where most of his classmates were Chinese. It’s also where he picked up Hokkien and is more fluent in it than most of his Chinese friends.

He was looking at some shoes at a shopping mall one day when he noticed two sales assistants approaching him with a smile. At the same time, they also spoke in Hokkien and were saying things like,

“Äiya, see him, wear sandals only. Where can afford these shoes one?”

Azman stayed cool and decided to reply them back in Hokkien, much to their surprise. It’s funny how some people can act when they think nobody’s watching or listening.

Still, Azman complained to the manager, saying he would have bought those shoes if only the sales assistants weren’t so rude. 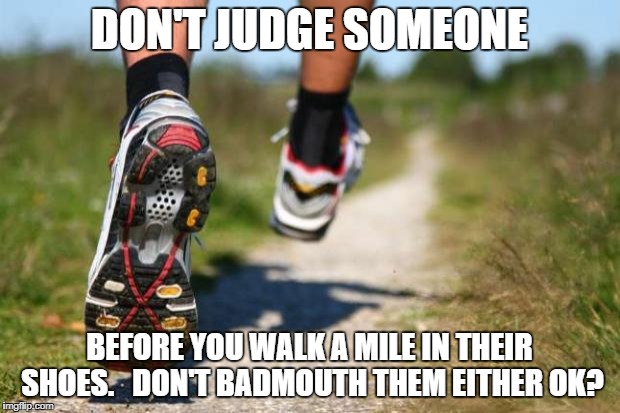 2. Guests complaining about the food at the kenduri, the pengantin and other things about the wedding.

Norliza, who went to a Sekolah Jenis Kebangsaan (SJK), has an amusing story to share. One time, she was helping out with her cousin’s wedding. After a few hours, she took a break and sat at the nearest table she could find.

The family sitting next to Norliza discussed in Mandarin (not realising Norliza went to an SJK school and speaks Mandarin too) about how lousy the food is, how the air-conditioner is not cold enough, and how the bridegroom is too handsome for the bride, who happens to be her own cousin!

She wanted to speak up, but she was too tired. Also, she didn’t want to cause a scene at her cousin’s own wedding. 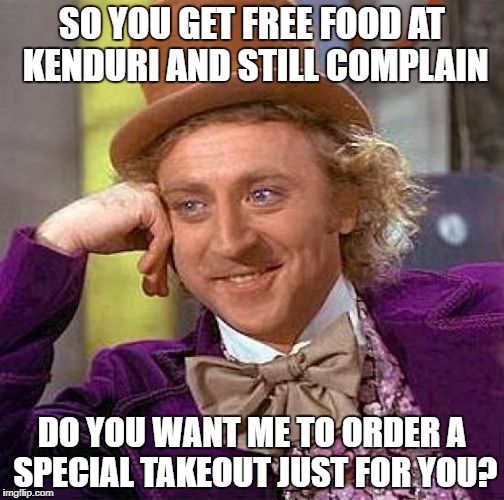 3. While driving taxi, overheard about the guy’s affair despite his pious outlook.

Azham, a driver, had his fair share of amusing passengers. He’s been driving for a while, so he’s seen them all. Some passengers pretend not to have money, some change their destination halfway, and some had looks which can be deceiving.

Deceiving? What does that mean?

Well, he had one customer before who appeared very religious. In the middle of the journey, the customer received a phone call. He was arranging a meet-up with a woman, whom he was cheating with. He told her how his wife was out of town, and how he already booked a hotel for both of them.

If you wonder how he can speak so nonchalantly in front of Azham, it’s because he spoke in Tamil. He didn’t know Azham is of mixed parentage and can understand Tamil as well.

Azham didn’t bat an eyelid, as he no longer gets surprised at anything in his 20 years experience driving a cab.

4. Parents talking about her adoption

Michelle, a Chinese educated person, speaks Mandarin to both of her parents. However, most of the time, her parents speak Hokkien to each other, which Michelle partly managed to picked up from listening to her parents and their relatives during gatherings.

Being the youngest of her three siblings, she always felt that she wasn’t the same as her brother and sister.

One night, she couldn’t sleep and decided to head to her parents’ bedroom. But before she opened the door, she overheard them talking about her adoption. While she doesn’t understand the whole conversation, she managed to pick up bits and pieces, including when they were planning to tell her the truth!

At the time she was 10 years old. She was old enough to realise what it meant, but she wasn’t old enough to handle the heartbreak. She can’t remember anything else except screaming and crying inconsolably, despite her parents’ best efforts to calm her down.

So basically, her parents indirectly told her about the secret by discussing it among themselves. Talk about coincidences! 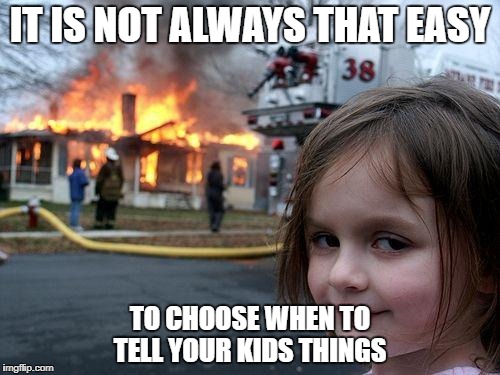 5. Lecturer teaching trespassers a free lesson on paying for a movie ticket

Eric Shaun Seaton, a lecturer, used to work at a cinema. One day, there were four girls trying to sneak in the cinemas through the back doors (also known as hall jumping). A cleaner caught them in the act and reported it to the cinema’s floor duty staff.

Eric was checking the halls when he bumped into them. Because Eric looked like a Malay, the whole group decided to speak in Hokkien, scheming among themselves to claim they lost their tickets. Unfortunately for them, Eric speaks fluent Hokkien.

Their plan to defend themselves backfired. They then spoke in Mandarin, scheming a plan to claim that their boyfriends took their tickets. What they didn’t realize, was that Eric speaks Mandarin too.

They then switched to Cantonese (which Eric speaks as well), before he had enough. He gave them an ultimatum – leave, or face the police.

Guess which one they chose?

Have you ever been in a similar situation? What did you hear? Share with us in the comments below!