Everyone has had their share of bad bosses, the kind that makes you dread to go to work every day.

Bad bosses come in many forms – micro-managers, bosses who don’t know what they were doing, dictators, and emotional bosses. Personally, I’ve had the ‘pleasure’ of working with two emotional ex-bosses.

The first emotional ex-boss was a young man who inherited his father’s company. He needed to prove something to his dad and other people in the company who labelled him as ‘rich kid helped by dad’. In fact, one of his first words to me were “Your job is to make me look good.”

There was once when our team travelled outstation for an event, and my colleague Christine and I planned to carpool back to KL immediately after it ended. Since the next day was a non-working day, I told my boss that I was going back earlier. Instead of questioning me calmly about it, his question was a very spiteful “Is Christine your boss or me?”. Basically, my whole tenure in that office was dealing with his fluctuating mood swings from nice to moody.

Ex-Boss 2 was director of her boyfriend’s events agency. She was a calculative boss who asked me to run work errands during my lunch and after office hours, so I ended up rushing through lunch just to have time to run errands for her. The company was also calculative with its clients and overcharging them for items and services, and because of that, they weren’t getting any new clients.

Talk about a sinking ship.

Bad practices notwithstanding, everything was normal – that is, until I decided to resign from Ex-Boss 2.

At that time, I was creating a proposal for a client. I remembered every proposal I sent to her after handing in my notice was shot down without so much as a glance. I was made to do countless revisions until she was finally happy.

Safe to say, I was glad when my last day of work finally came.

Dealing with emotional bosses is draining, and if you’re dealing with one, I feel your pain. So how did I handle my boss? Here’s what I learnt. 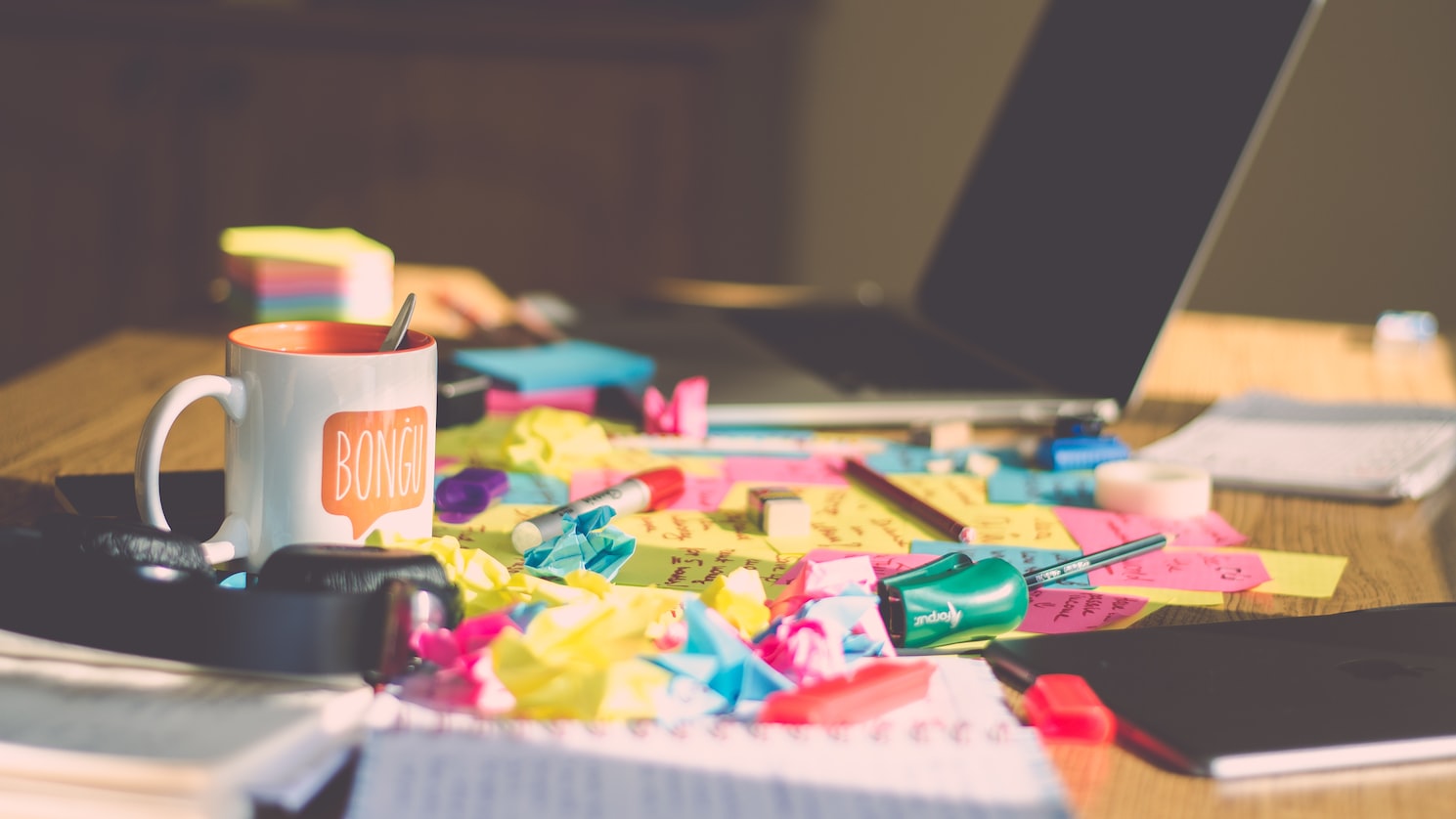 Yes, I know how frustrating it can be when your boss hurls an emotional insult at you. Our initial reaction is always to give an equally spiteful comment or reaction. But in hindsight, it’s better to think twice about this.

I realized that reacting emotionally only makes your emotional boss angrier, and has never, ever made a situation better. What’s worse is that your boss can sense your fear or sadness, which further fuels their ego and their sense of power. Sadly, a lot of bosses get off on abusing power, so why give them the satisfaction?

Hence, stay calm because you don’t want to make the scenario worse and say something you don’t mean. Plus, you do not want to show your boss that they affect you. Stay professional and classy and walk away. 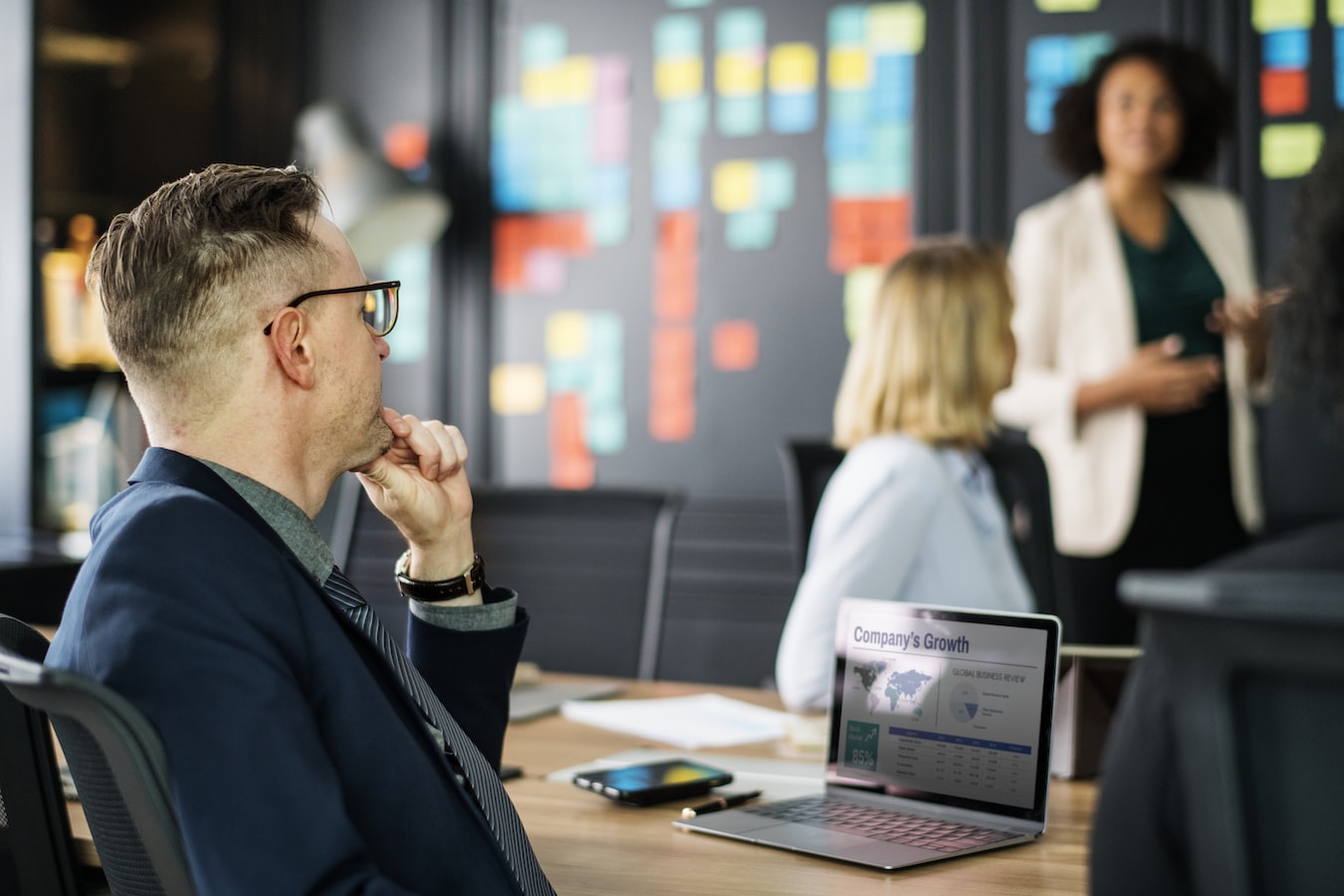 Here’s my philosophy: Bosses who are emotional actually have a disability. They are psychos unstable.

Being emotional stems from being unable to control one’s own feelings. These people have no outlet to release their emotions, which means that they will take it out on others. It also means that there is a shortcoming in their life, not yours. So why take it personally?

Every time my boss got emotional with me, I always told myself that the anger is not actually directed at me, it is directed to them. They are probably unhappy with many other things in their lives, and I just happen to be the scapegoat. Perhaps they themselves have an emotional boss to answer to.

Hence, try to develop a thicker skin and shrug it off, because really, its nothing personal. 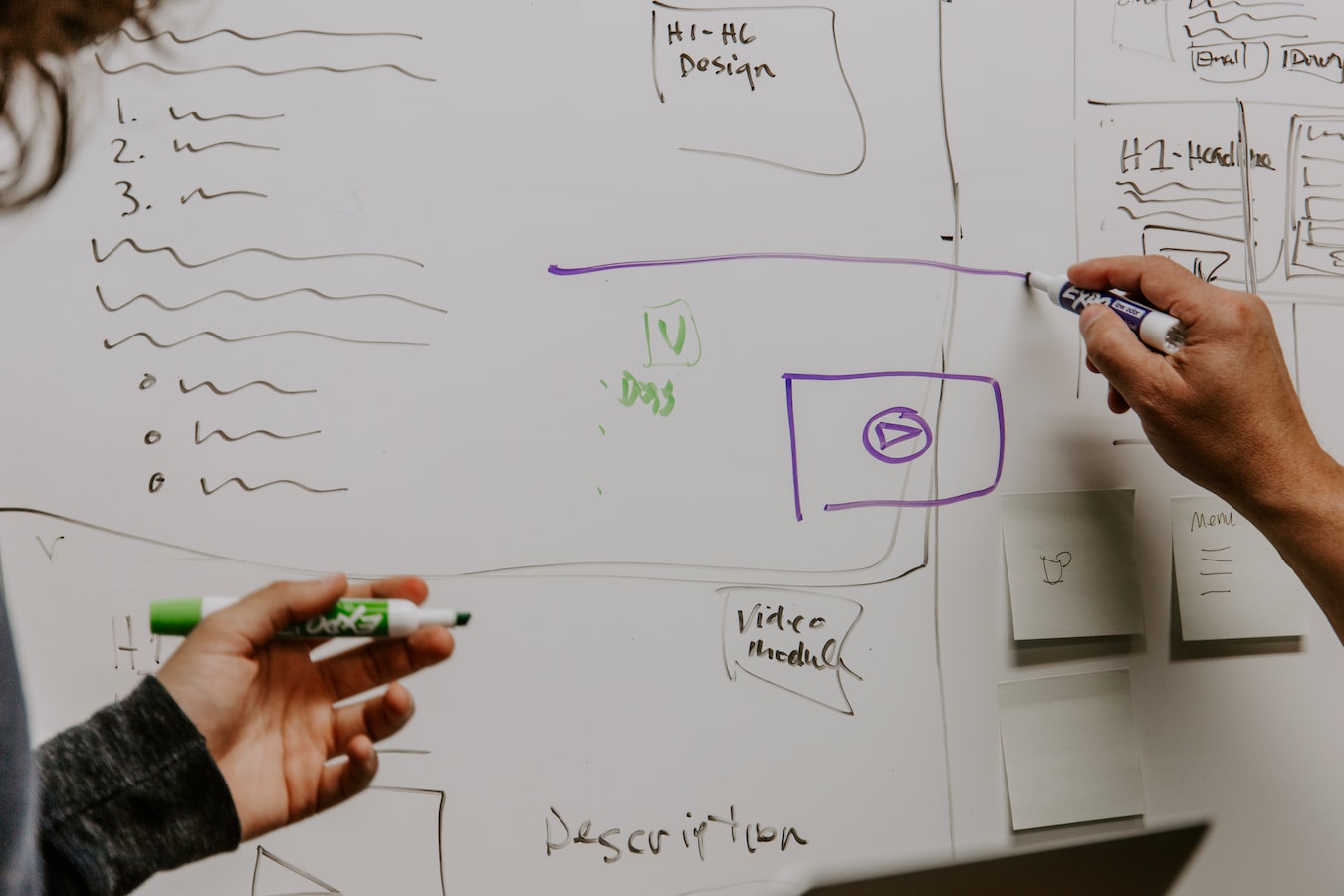 Tip 3: Use Facts and Figures

Emotions are beyond feelings, and beyond reason. Hence, reasoning with emotional bosses is like trying to wrestle a bear. Ever tried to tell an angry woman to come down? It’s pointless.

I used to make this mistake when I would tell my boss that I think an idea is great because it FEELS great, and creative. Obviously, that didn’t go too well, and I was sent back to the drawing board many times. My boss loved to shoot rapid fire questions while I was presenting and was quite adamant in his ways. It was daunting at first, but I realised that by using research and best practices from other organisations, I was able to get his buy-in.

I also had to reason back with an even voice, because using an emotional tone is a surefire way to get myself into another round of questioning. Like I said, bosses can sense fear.

If you’re pitching something to an emotional boss, use hard and reliable data to back yourself up. With bosses like these, you must stay one step ahead and always anticipate questions which will be directed at you. 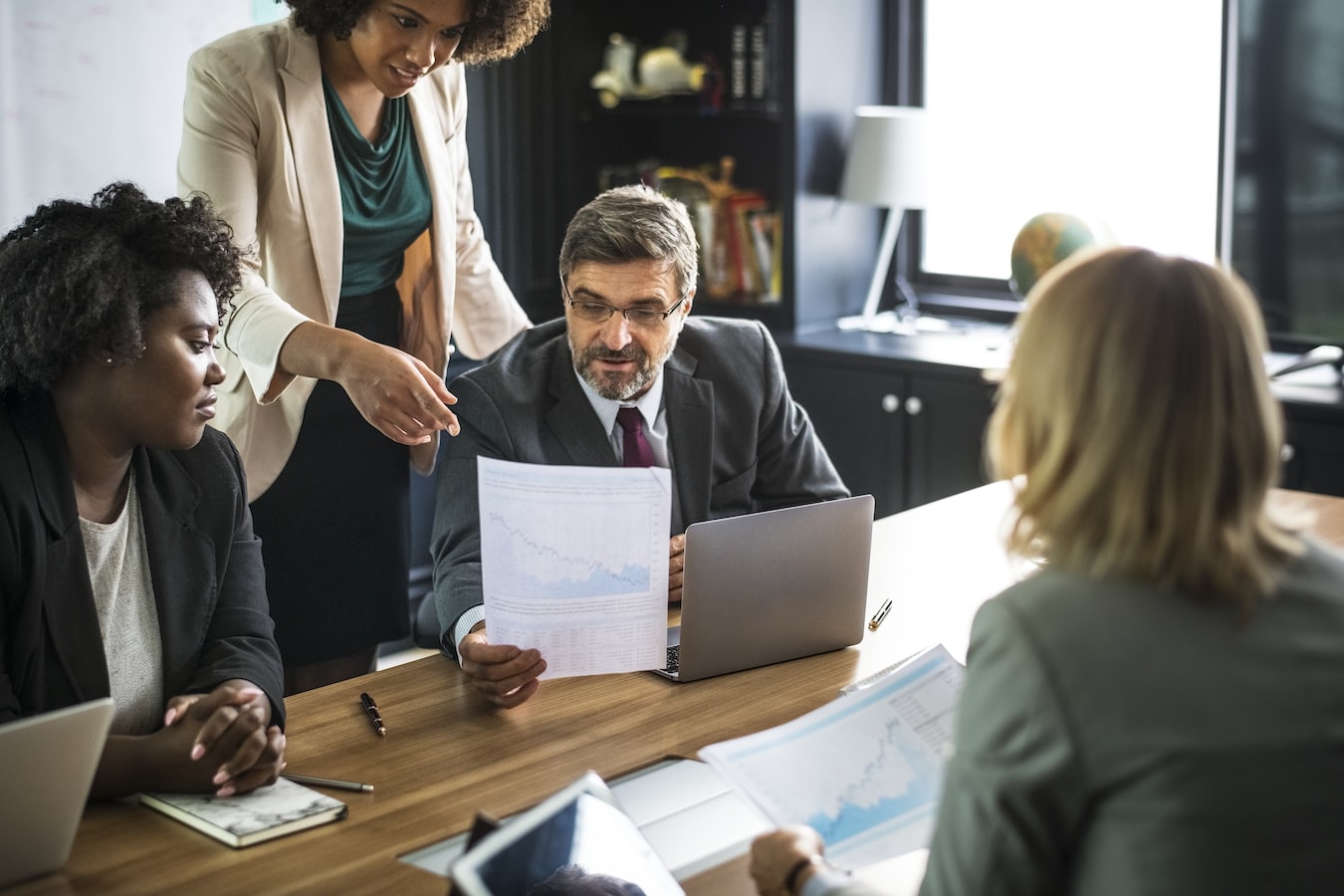 I had one colleague who did not suffer as much from the wrath of my emotional boss, and I always wondered why. So, I decided to observe him one day and realised that he was a ‘yes-man’ who listened to everything my boss said.

Now I am not a ‘yes-man’ kind of person, but I did learn to reflect if there are certain strategies I can use when interacting with my boss.

I was always amazed at how my ex-colleagues used to deal with my ex-boss. Some of them were seriously good at playing a deaf ear, and some of them were good at sucking up. What amazed me even more was that these tactics actually worked!

Everyone has something to learn in an organization, and the best course of action is to exemplify the best practices from other people and make them your own.

So, watch how your colleagues deal with your boss. Also watch how your boss interacts with his/her boss, and just about anyone in the company. Sometimes we’re so angry with our emotional boss that we miss out on obvious solutions on how to handle them. 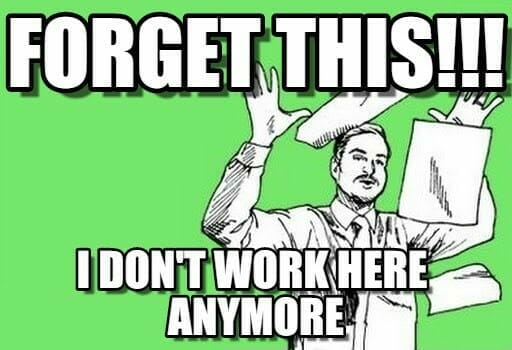 Sometimes, no matter what you do, an emotional boss will not change. Being emotional is a character trait, and difficult to change.

In my case, that was what I did. It had gotten to the point where going to work was affecting my mental health and well-being. I asked myself – was this worth it? I spend most of my day at work, and I want to feel good doing what I do.

Or at the very least, I don’t want to feel miserable.

So, I left. But not before giving it all I got and trying all means necessary to ensure that both my ex-boss and I were working together with mutual respect. As the saying goes: ‘People leave their bosses, not their jobs’.

One tip on this is to always leave on a good note and ensure that you are financially stable enough to leave your job. Who knows? Your next boss might be a great one.

For more articles by Kimberly, read 7 Tips on How to Better Cope with a Break-Up and Here’s How One Month of Psychiatric Counselling Helped Me.