You would never believe it, but many Malaysians who live on the Peninsula have never set foot in Sarawak. It’s almost like a foreign country to them, and somewhat of a mystery.

For one thing, they tend to put the particle ‘Bah’ at certain points in their sentences. Its use is a little bit like the particle ‘Lah’ we Semenanjung-ites use, but they’re not the same – it would sound awkward if you did a literal replacement.

That’s one of the cuter differences, but there are some dramatic differences as well. For example, many remote villages in Sarawak still lack basic necessities like electricity and clean running water – things a lot of us take for granted.

Consequently, many NGOs reach out to these villages on a regular basis. I speak to Agape, who had a chance to volunteer with one of these NGOs some time back.

Hi, my name’s Agape and I grew up in Penang. I came to KL to complete my tertiary education, but after graduating I returned to Penang to work. I’ve lived most of my life in the city, so you could say that I’m a city girl.

Back in July 2015, I heard from a friend about Impian Sarawak, a subset of Impian Malaysia. They’re an NGO dedicated to improving the lives of rural Sarawakians. Their main activities include setting up gravity water supply systems to provide clean water, as well as running health camps and reading programs for children.

It was during one of their mobile health camps that I signed up as a volunteer. There were about 15 of us in the group consisting of dentists, a GP (your regular clinic doctor) as well as an ENT (Ear, Nose, and Throat Specialist). I’m not trained in medicine (although I do have first aid training), so I signed up as a general helper. We paid for our own flights there, and contributed a small sum as a collective fund for lodging, food and miscellaneous items.

Arriving and Setting Up

The village we were going to was called San Demam (sounds like something from a Spanish movie, right?), about three and a half hours drive outside Kuching. The roads were alright, but they were narrow – most of the time, it became single lanes in both directions. We packed ourselves into the 4WDs and trucks, and travelled the long road there.

One of the longhouses in San Demam agreed to host the medical camp, which also welcomed villagers from nearby longhouses too.

The first day was for setting up our operations – the Longhouse kitchen was designated as the dentists’ clinic, so there was some clearing up to do. 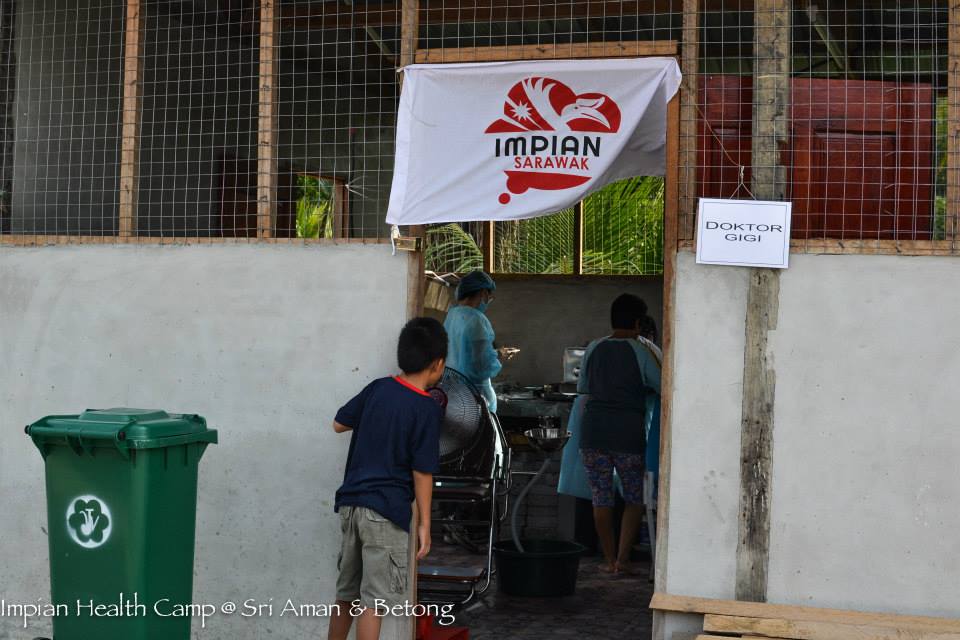 My main task was to hold the torchlight for one of the dentists, and pass her the tools she needed to work. Every day before starting, we sterilized all the dental equipment by boiling them first.

Here’s what I learned from my experience:

Volunteering is pretty much working with what you have, and what you have isn’t much. This includes things we often take for granted, like air-conditioning. You may think it’s a minor luxury, but you won’t appreciate it unless you had to work several hours in hot, stuffy weather.

The kitchen area we were working in had poor ventilation. It got so hot, that at one point, I almost fainted and had to go out for some air. I used my Red Crescent training to treat myself before I felt comfortable going back in.

The dental patients came non-stop from about 9.30 am until late evening. The two dental chairs were fully occupied at all times, so some patients had to sit on plastic chairs while they were being treated. The three dentists we had, often had to treat several patients at once. It was really a bare-bones, minimal set up.

I think one of my biggest challenges was when I couldn’t find a clean toilet, and by that, I mean one that flushed. I really missed my house toilet when I was there. I never thought I would, since we always take basic amenities like that for granted.

First, a disclaimer – there definitely are dental clinics in Sri Aman, the district where San Demam is located. However, many villagers find it too far and too expensive to travel to. As a result, their dental health was compromised.

There were so many kids with brown and rotting teeth, with some of them being as young as 4 years old! We had to perform a lot of extractions. I remembered us using lots of bloody gauze. In fact, our record was extracting seven rotten teeth – from the same guy! 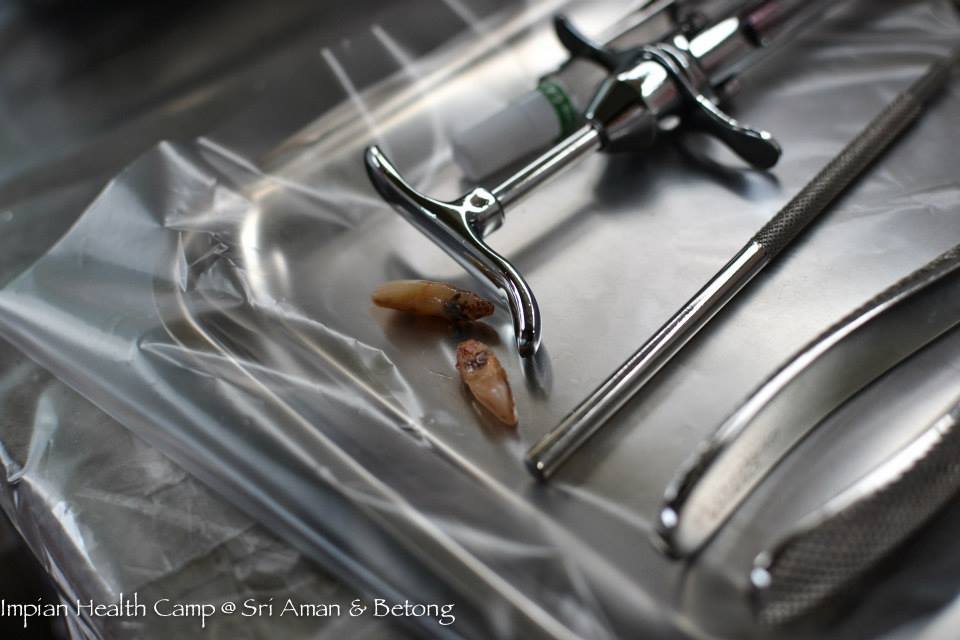 4. The Villagers Were Very Friendly Though

When we first got there, the villagers were shy. However, we had a local rep and his crew who helped us translate from Iban to break the ice.

On the last night before we left, the longhouse residents threw us a big feast. Everything was home-cooked Iban style, and there was some alcohol (including tuak) going around. We all shared the same cup of alcohol. Although this freaked me out a little, I drank too, just to satisfy our lady host. In the end, all of us were a little tipsy.

They’re very community-based, which is different from us urbanites who live separate lives from our neighbours. 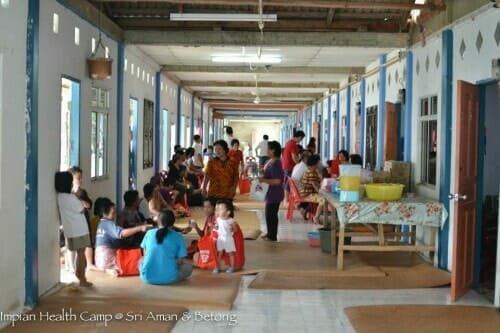 One of the things I really miss about the place is the view of the night sky. It really was something else. Without the bright city lights to obscure the stars, the constellations really stood out – like those photos you always see on Instagram.

I remembered admiring the beauty of it all, and a strong sense of gratitude washed over me. I realised I took a lot of things for granted, even basic things like clean, running water.

So, to anyone who’s considering to volunteer for causes in Sarawak, I totally do recommend them to apply! If nothing else, the beautiful the night sky is worth it.

All images are taken from the Impian Malaysia Facebook Group.