For a ton of people, Japan is an attractive country to live in. Whether it’s the culture, language, food, and/or people – there is something for everyone there.

A remarkable thing about the Japanese is their work culture. Working at a Japanese company is different from a Malaysian one.

For example, we have our ‘Malaysian time’, where people are eager to leave at 5-5:30pm, and we love to be coincidentally sick during long holidays. But what about Japan?

I’m here to give you my experience: I worked at a Japanese FinTech company, leading the marketing efforts in KL.

The main HQ is in Tokyo, with offices in the UK and Taiwan. All our efforts involve the ASEAN region, and our orders come from Japan, so there is plenty of opportunity to learn about how things work there.

Is it a fit for you too? Let’s find out: If you’re a bit of a rebel like I am, you might take the (very) few chances to challenge your superior. I often questioned why we needed to do certain tasks, not out of laziness, but purely to understand. That led to some friction between my bosses and I. They were not used to employees who wanted to understand their decisions by questioning them.

Though the above example may happen in Malaysia, in Japan it’s even more difficult to do so. There is a greater ‘Power Distance’ in Japanese companies than in Malaysian ones. Here, you might be able to get more things done if you become buddy-buddy with your Malaysian bosses, but over there it’s rare.

If your bosses are 20 years older than you in Japan, it takes greater effort to befriend them, due to people’s perspective of age in Japan. Even if they are one year older, age is a huge indicator of wisdom, and as that is highly respected it adds to the distance.

Hierarchy is key no matter what. Your opinions may be considered but have little-to-no effect in the final decision made. Depending on what you prefer, this may be a big deal; some employees want to feel like they are making an impact with their work (like myself). Others prefer to not hold too much responsibility and simply want to do the work given to them. For the most part, Japan prefers the second type.

Face is common in Asian countries, but Malaysia and Japan handle it differently.

In Malaysia, people make sure to not embarrass themselves. This is done by not abusing one’s power, yet showing that power through other means. For example, having nice cars and wearing expensive jewelry to show your financial status, or paying for everyone’s meals at dinner.

In Japan, the intent is the same, but it’s done differently. Companionship with your seniors is important to save face. Note that I wrote ‘companion’ and not ‘friend’ – there is a need to look ‘good and obedient’ when working with our seniors.

This goes on into the night as well: we have to make sure that we save face by attending the regular night parties at the Japanese company. This is normally a 飲み会 (のみかい, nomikai), or drinking party, where colleagues drink together after work.

We have this in Malaysia too, but the Japanese company drinking party is less of a fun pastime and more of an assumed societal obligation. If you are younger, you serve the seniors. If you are a lower position, you attend to make yourself look good in front of everyone out of collective acceptance.

For Malaysians, if we want to lepak, we just go lepak, right?

Japanese bonding is formal and organised, and Malaysian bonding is informal and chill. Looking good happens in both countries, but Japan is more sensitive about that topic than Malaysia. Take note if this is something you worry about often. 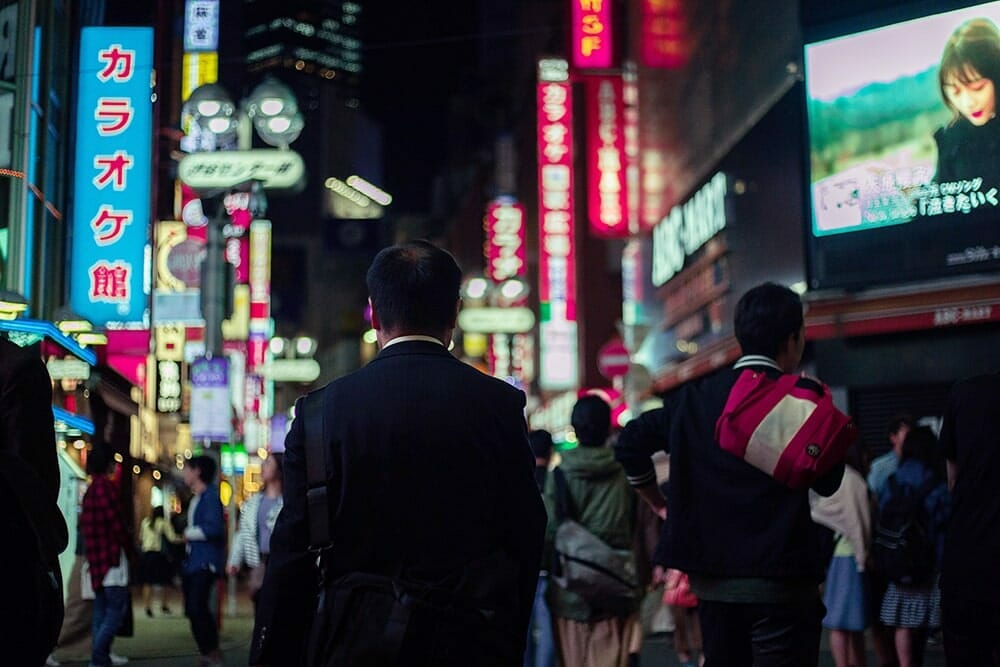 Loyalty is a key quality

In Malaysia, what is 5-7pm for us? Traffic jams. Rushing back home. Coming back for dinner. Delayed trains.

In Japan, our time is for the company. When I was working, people were online and active on Slack (the messaging app we use) in the weekends. When I asked them about it, they said that they were willing to come to the office with no obligation. The most you see in Malaysia is a WhatsApp group with colleagues of the same department/similar age who banded together, and with their bosses in case they want to report MC.

It’s a sign of loyalty: it is much more important to a Japanese company that you devote more time to it. Ironically though, only a small percentage of companies in Japan pay their workers for overtime because socially, it is expected. You may end up becoming a salaryman or salarywoman, which means you’re working all the time. In contrast, we are rewarded for overtime in Malaysia (also the sick days!).

This is related to face as well: you would be seen as a hard worker if you do overtime often in a Japanese company. It makes you look good to be tired all the time doing your tasks into the night. In other cultures though, it could be seen as poor time management.

Depending on which company you’re joining, do have a look at the work culture and what their perspective on time is. Some Japanese companies look at working weekends as an obligation, some don’t. How you value your time is a factor in working for a Japanese company. 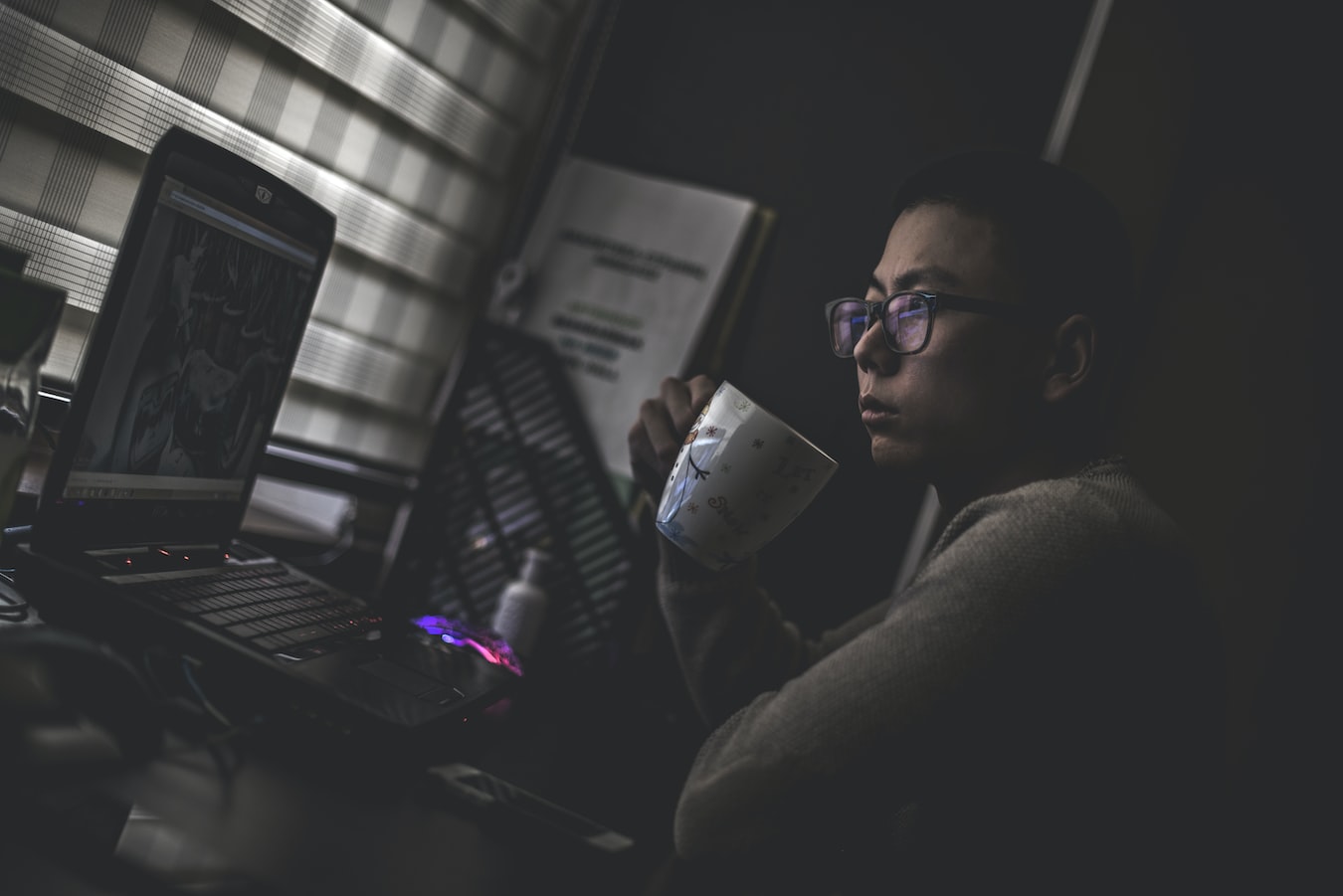 Have a new idea? Want to make changes to the product? Did you want to request for a test budget for new marketing for example?

In Malaysian startups, you could probably do this. We need to adapt quickly after all; knowing what customers want every month and learning how to adhere to that. The method of failing to achieve something is much more accepted – small wins at a cost for example.

This is harder to achieve in a Japanese startup because of higher risk adversity.

It’s difficult to pitch 1-3 month marketing plans to understand the market better, when they want to hear about profitability by the end of the year. It was even more so when there were attempts to request for changes to the product. How do we know this change will profit by the end of the year?

Both sides make sense. It’s short-term vs. long-term. One is stable and safer than the other. Japan loves safe.

A history of reacting to large shock events (earthquakes, tsunamis, wars, etc.) led to leaders in Japan loving long-term decisions. This is so that they last a long time and persevere. It happens in business as well.

So when you’re in, you’re in it for the long run. Changes on the way are less likely to happen in a Japanese company than in a Malaysian company.

If you prefer a safe and comfortable environment, Japan tries their best to achieve that as that is part of their culture. In Malaysia it’s the same, but there are risk-takers making big gains here, although not as many as we would like though.

Japan prefers loyalty, face, and perseverance against change. Malaysia has variety – risk-takers and chillaxed people, and a greater emphasis on personal time. How does it fit your personality, your work ethic and your notion of time? These can be all pros and cons depending on who you are as a professional.

Even within Japanese companies, each company differs in culture from each other. I was lucky that I had the chance to grow in that company regardless and take my lessons with me moving forward.

My advice? If you’re applying to a Japanese company, read about their work culture first. It needs to be a fit to you as you are to them.

Some are ‘white companies’ (flexible, with overtime) and some are ‘black companies’ (work in weekends, no overtime pay). In the end, the company you join may be completely different after all.

For more articles on Career & Skills, read 5 Types of Personalities You’ll Meet in the Workplace, and How to Deal with Them, and 4 Lessons I’ve Learned After Switching from Government to Startup.