Mulan is one of my favorite Disney movies – it’s one of the few movies about culture, family, and women empowerment. Also, you know, the whole thing where Mulan SINGLEHANDEDLY SAVED CHINA.

You remember that scene, where the soldiers were marching to fight, and began singing “A Girl Worth Fighting For”? In the song, they each described their dream girl: pale, eyes that shine like stars, and a good cook.

Mulan then cut in – “How bout a girl who’s got a brain? Who always speaks her mind?”

It’s been exactly 20 years since (Mulan was released in 1998!) – and people still joke about objectifying women. It’s funny, of course – it’s just a joke!

The truth is, most of the times, these jokes aren’t funny. In fact, it might bring back memories of traumatic experiences. It’s not that we can’t laugh about ourselves, but it does make us feel uncomfortable and disrespected when you make fun of what we go through. It may sound a little far-fetched, but that’s what most girls think.

I have great guy friends, I really do – they have every intention to make sure we’re safe when we’re out together. They are protectors.

Every once in a while though, someone will joke about women’s rights.

Look, I know you think it’s funny. It’s not that women don’t have a sense of humour – we do. But take a second to look at it from our perspective.

We could be walking down a busy street in the middle of the day, and still be afraid for our lives. That’s the reality for some us.

So, when you laugh about things which affect us, we can’t relate. Not only is it not funny, but it’s also insensitive.

So, here’s our perspective for guys who might not know what they’re doing. I list a few jokes guys commonly make and why it makes us uncomfortable.

Rate how hot/pretty they are!

In case you’re not familiar, this is the one where guys rate women on a scale from 1-10, with 10 being the hottest a girl could be.

This one time, I was inviting a bunch of primary school friends to a church event via a WhatsApp group chat. Their first reactions were – list the number of hot/pretty girls I’ll be able to meet! Then rate them on a scale of how pretty or hot they are!

To be fair, I’ve done the same thing before too. I’ve been invited to events and my first response was, “will there be any cute guys going? If not, I don’t want to go!” I know, double standards right! 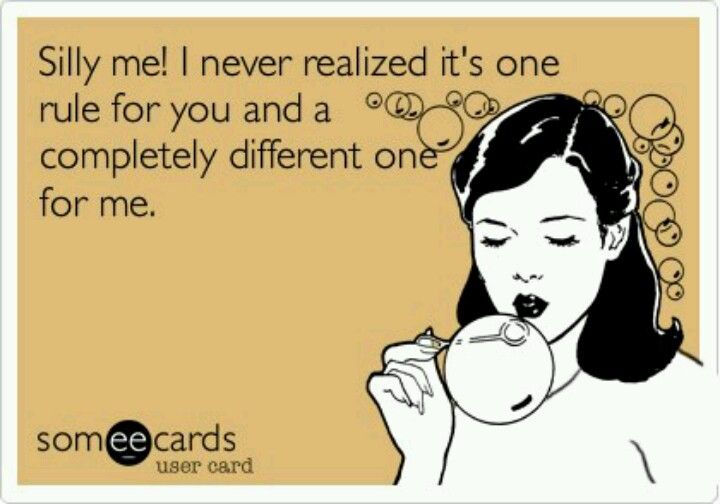 In another incident, we were having dinner with a bunch of friends, when one of the guys started a conversation about pretty girls. Let’s name them Bob (guy friend), and Gigi (girl friend).

(Firstly, there are many pretty Malay girls; secondly, why the sudden input about race?)

Bob: I’m not objectifying, I’m just subjectifying (which is not an actual word btw)

People don’t realize it, but this is a casual example of how women are often objectified. It’s the simple act of treating someone as less than the autonomous human being that they are.

Another friend told me what her taxi driver said to her – “Your boobs are just the right size for my hand to squeeze.” What a creep! We’re paying to travel from point A to point B, not to be sexually harassed!

You may not have heard this one, but generally, it’s any joke about women’s rights.

I got offended because women’s rights are a serious issue, but my friend joked about it so easily.

Did you know that women suffrage for Saudi Arabia only came as recently as 2015? And if you think that’s bad, Vatican City is the only country in the world which doesn’t allow women to vote.

Also, did you know that in – women aren’t given the basic access to education?

It’s easy to take these benefits for granted since we have these opportunities and privileges in Malaysia – but it’s been a long and tough journey (and still ongoing battle) for many other women to get these basic rights.

And how about employment? Women in the US are paid just 80% of what men are paid – that’s a whole 20 percent gap!

Let’s face it – even today, we still have a whole culture of objectifying women. It’s comments like “why bother studying so hard when you’re just going to stay at home?” or “your tattoos make you undesirable,” (which was said by an uncle to a friend during CNY!) or “kalau perempuan dah tak dara tak boleh buat bini (if you’re not a virgin, you cannot be a wife)” – because you know, women have less value than second-hand cars.

Honestly, it’s pretty ridiculous. I was hurt that my friend could say that so blatantly without realizing the struggles women actually go through. I was also offended because I felt so disrespected – like my rights were just a joke to him.

A few of us were talking about women’s’ rights in class when a male classmate then made this joke –  “Women? You mean sandwich makers?”

To be frank, even on a comedic level it’s not funny – it’s overhyped and overused. Jokes based on these stereotypes lack creativity. I already know what you’re going to make fun of next – women are horrible drivers, right?

Jokes of women as sandwich makers stem from a culture of treating women only as tools to enhance the lives of men – including sexual objects.

A few weeks ago, my friends and I were walking around town when we passed by a tourist. He turned to us, eyed us from top to bottom, and then said, “sweet girls, sweet butts!”

Thanks for the sexual harassment. It’s something we find really amusing, especially since 35% of women of all women everywhere have either experienced violence, or sexual violence at some point in their lives.

For example, in December of 2017, a girl was sexually assaulted in the LRT. As if that wasn’t bad enough, it’s outrageous that the bystanders and staff didn’t help.

When we joke so often about it, do we numb ourselves to the crime when it happens right in front of us? Would it have been as funny if the guy was physically beating her instead of just rubbing his genital against her? 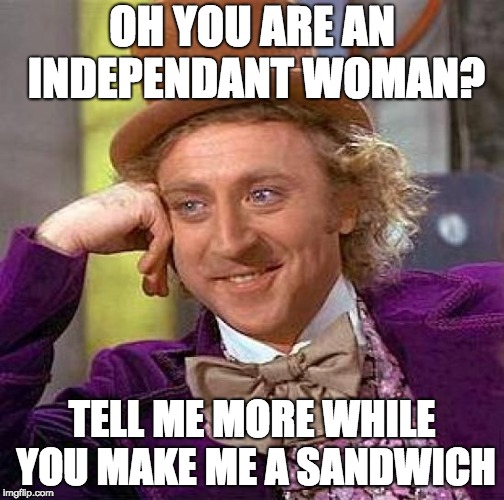 I hope this served as an eye-opener as to when your jokes become offensive. I know most people genuinely just want to be funny, but we need to be respectful as well. Before you crack the next joke about women, try to imagine what’s it like being us – it’s harder than it looks.

Have you heard an insensitive joke about women? If you have any similar incidences, share it with us!