“It has been more than a year since my daughter actually talked to me, played with me or just sat with me.” Ever since being separated from his wife in 2014, Dinesh has only been allowed to see his daughter once a week. He only has a brief two-and-a-half hours with her, in a confined public space, usually Coffee Bean or Dome, under the supervision of his soon-to-be divorced wife.

One of the main reasons for their divorce was due to a series of conflicts over which side of the family got to spend the most time with their daughter. Dinesh felt like his wife was trying to separate his daughter from his side of the family.

It was what destroyed their relationship. One month before their daughter’s first birthday, they bitterly separated.

Naturally, the mother won custody over the child. Her demand of having the father’s visitation hours to be supervised by her was also met by the court.

“She accused me of causing injuries to my daughter. She sent a letter through her lawyer on this allegation, prompting me to file a police report and also try to get the CCTV footage from the venue. Then, she started recording the visitation sessions on video to agitate me further.” 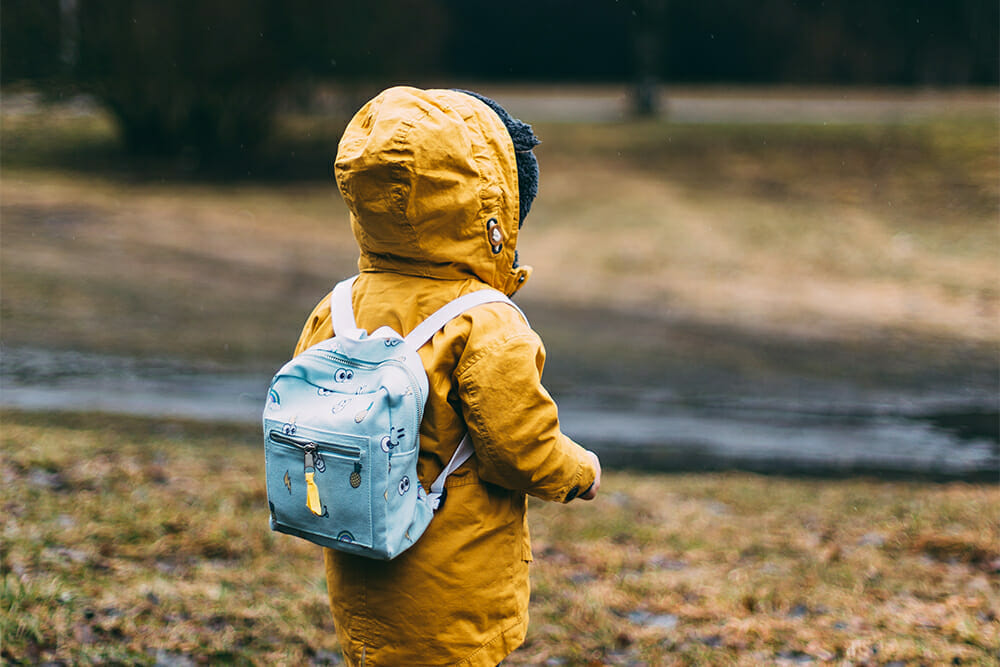 Dinesh’s daughter completely ignores him when he tries to talk to her or asks her to come to his table. She won’t even look at him sometimes.

He just sits at a table near his daughter and estranged wife, hoping his daughter will come over to his table one day. However, it’s been more than a year, and she still hasn’t.

“I always wonder what my daughter thinks of me. She avoids looking at me, and sometimes even says nasty things, which is not usual. She has been poisoned to act this way.”

“Occasionally, while sitting at my table and looking at her, she does look at me and I can see some sadness in her eyes. Maybe she is thinking “Why does mom tell me this man is mean but he still comes to visit me every week without fail?”

Then once in a while, from a distance, I could feel her say “I love you dad.” But when I go to her table, she reacts completely differently by rejecting me.”

Dinesh is not sure how much more of this rejection he can bear. He is severely depressed and has thoughts of suicide many times. Not being able to interact with his daughter and feeling as if his daughter doesn’t care about him has been extremely damaging to his emotional and mental health.

When his daughter was about 2 to 4 years old, Dinesh happily reminisced about how she would come to his table and play with him. Dinesh’s mom would also accompany him on his visitation hours, and they would enjoy each other’s company like they always had. “I noticed that the entire episode was watched by my estranged wife with anger, frustration and envy – that my daughter was enjoying the time with us. It took one week later for her to completely change my daughter.

“My daughter did not want to come to our table and I was completely shocked with the changes. Just one week ago she was playing and having the best laugh.”

Dinesh strongly believes that his ex has been brainwashing his daughter to resent him as he has never behaved aggressively or done anything for his daughter to have such a negative reaction to him.

“My daughter was wrongly thought by my ex to say nasty things to me. It is unbearable when your daughter mentions that you are not her father and points to another person (her uncle) as the father. It really hurts when my daughter says that she does not like me touching her and is not comfortable.”

“She was also taught the only grandma she has is my ex’s mom and not my mother. The same goes for my dad – she refuses to come to him. There was once my eight-year-old niece who lived overseas came down and wanted to meet my daughter to play with her, but she refused.”

“Sometimes I am amazed how my ex could have programmed my daughter to refuse to play with anybody from my family.”

Dinesh and his daughter are suffering from a syndrome called ‘parental alienation.’

According to Clinical Psychologist, Dr Dhanya Pillai, “Various signs and symptoms of parental alienation have been documented. Some early warning signs include automatic support for preferred parent in any given situation, constant disparaging remarks about the alienated parent, child and preferred parent’s description of events or stories are identical or almost rehearsed, as well as distancing self from other family members associated with alienated parent.”

“In these situations, children are often exposed to a parent who promotes and encourages feelings of anger and a host of other negative emotions towards the alienated parent. Children may develop lack of trust, sense of betrayal, conflicting feelings of anger, love, guilt, sadness, self-hatred as well as resentment.”

Dinesh is very much aware of his own case of parental alienation – he fears for his daughter and the impact this type of child abuse will have on her life.

“It is time to refresh my daughter’s mindset that she has an equally loving family from my side as well.”

Unfortunately this will be a difficult case to fight for Dinesh as Malaysia does not recognize parental alienation as a form of abuse, even though many families suffer from it.

For more stories on family fallouts, read I Was Disowned by My Own Brothers for My Choice of a Life Partner. Here’s My Ordeal, and Marrying Young – What Other Malaysians Should Know Before Making the Leap.

123
Life & Everything Else
“I Don’t Remember What My Dad Looks Like Anymore.” As A Child Of Divorce, Here’s What It’s Like 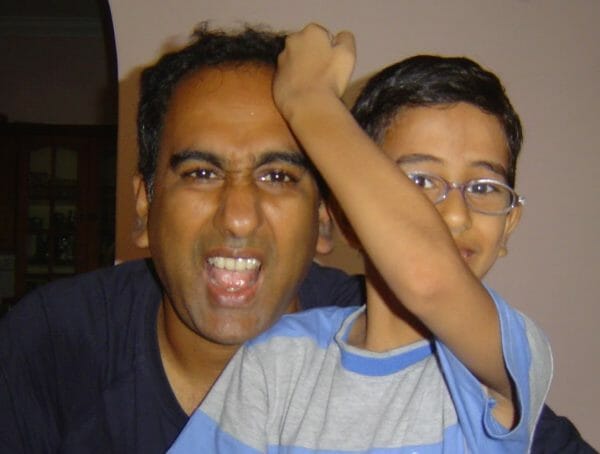 280
Life & Everything Else
It’s Been 10 Years Since I Saw My Son, I Just Want Him To Know I Love Him 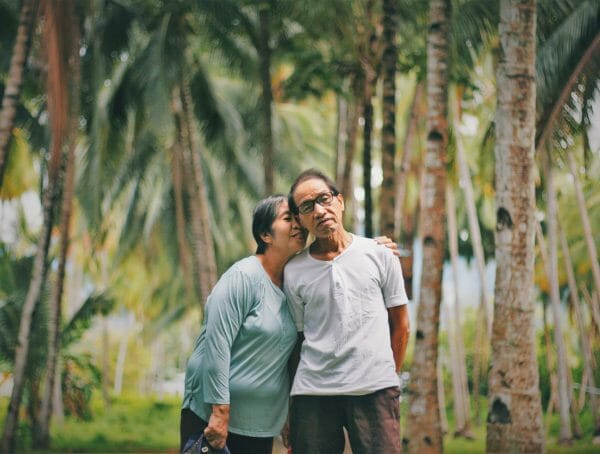 92
Life & Everything Else
My Grandmother Was Widowed At 35 With 7 Children. Here’s What She Did To Survive. 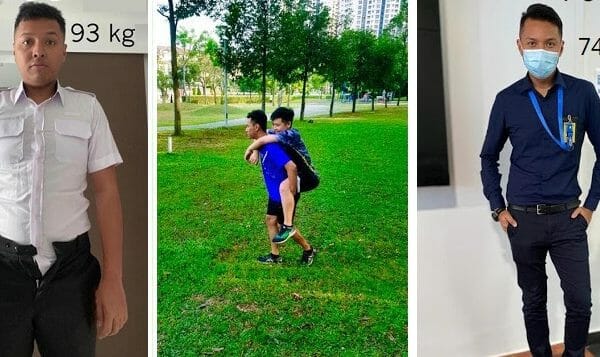 I looked at the pictures we took and… saw an oversized badak (rhino) grinning back at me. And that was … 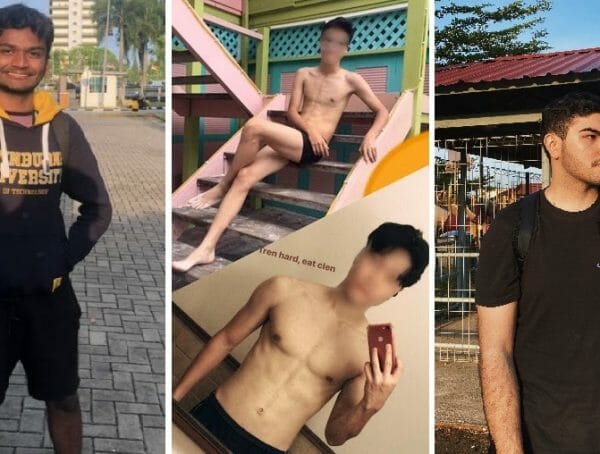 Malaysian Men Share Their Deepest Insecurities And How They Overcame Them

From fat shaming, body hair shaming, skinny shaming, and skin colour shaming, here are some insecurities men go through and …