It’s Christmas in less than a week! For those who celebrate the season, there’s a lot to look forward to: Family reunions, and of course Santa Clause and presents! 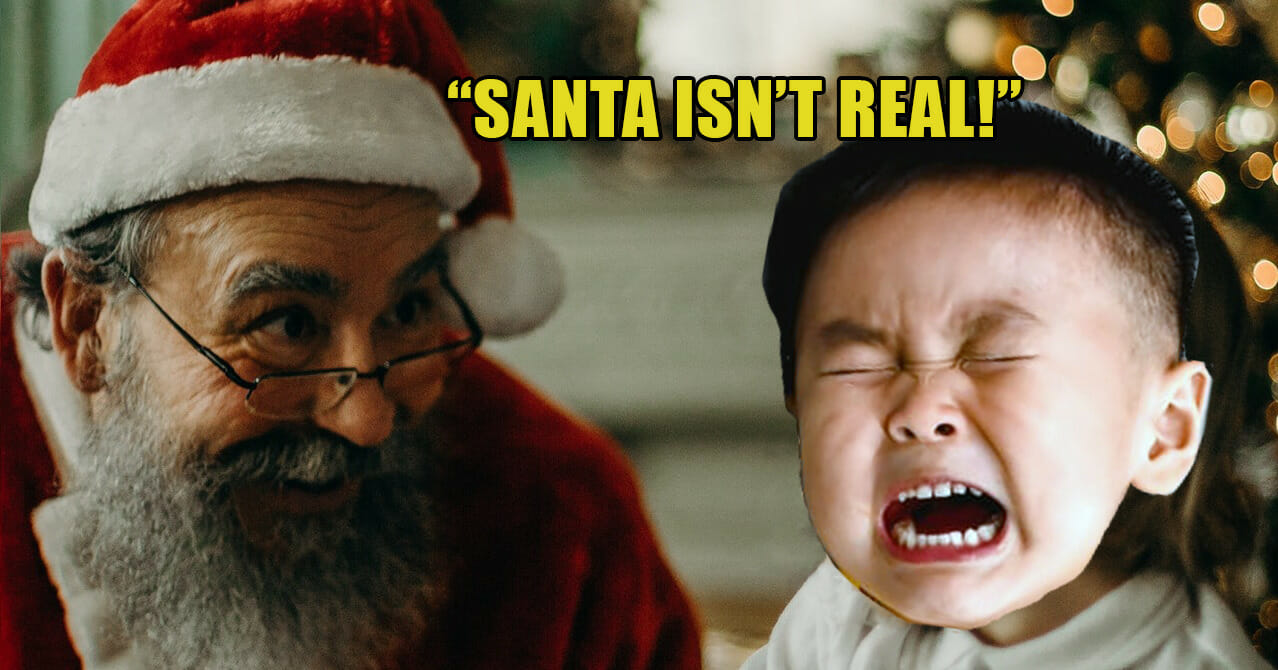 In 2019, I couldn’t get a cheap flight back and forth to Sarawak for the Christmas break. I am not a Christian, but my best friend invited me over to his house for Christmas with his parents’ blessing.

I showed up on Christmas Eve and met a lot of his extended family. At first, it was a bit awkward, but when I produced a few gifts for people to share – chips, chocolates, and cookies –  they welcomed me like a long-lost family member.

So we sat down to dinner, complete with the roast turkey and stuffing. People were asking the various kids what they all wanted from Christmas from Santa.

Now, there was a family member named Uncle Johan. He is the black sheep of the family: He was the uncle that let you play with illegal fireworks, somehow bought the coolest presents for birthdays and other special occasions.

Out of all the uncles, he was the one the kids gravitated to the most because he treated the kids like adults, listened to their opinions, agreed and disagreed, and so forth.

By the time I arrived, Uncle Johan had been hitting the alcohol pretty hard. His face was red, and he was getting visibly bored of the proceedings.

“What did you ask from Santa this year?” One of the aunts asked her nieces.

With a twinkle in his eye, Uncle Johan blurted out in a loud voice: “Santa Claus isn’t real!”

There was a hush as a dozen children under the age of 12 took in what he said.

When the pin dropped, the children started screaming and yelling. Some were confused, others started to cry. A few of the older kids rolled their eyes, one had this look of “I knew it” on his face.

My friend’s father yelled: “Johan! Are you a f$%king idiot?!”

The fight that broke out remains one of the most incredible things I have witnessed. An aunt even threw food at the drunk uncle, who chuckled and called her something unprintable.

The children crowded around Uncle Johan, begging him to tell them the truth. Of course, he stuck to his candy cane and very seriously repeated, “Santa Claus isn’t real.”

One of the younger kids, who was around 6 years old jumped onto the dining table and screamed “I WANT SANTA TO BE REAL!” He then soccer kicked a glass bowl full of green beans into the wall.

The mothers were screaming in anger and trying to comfort their crying children. 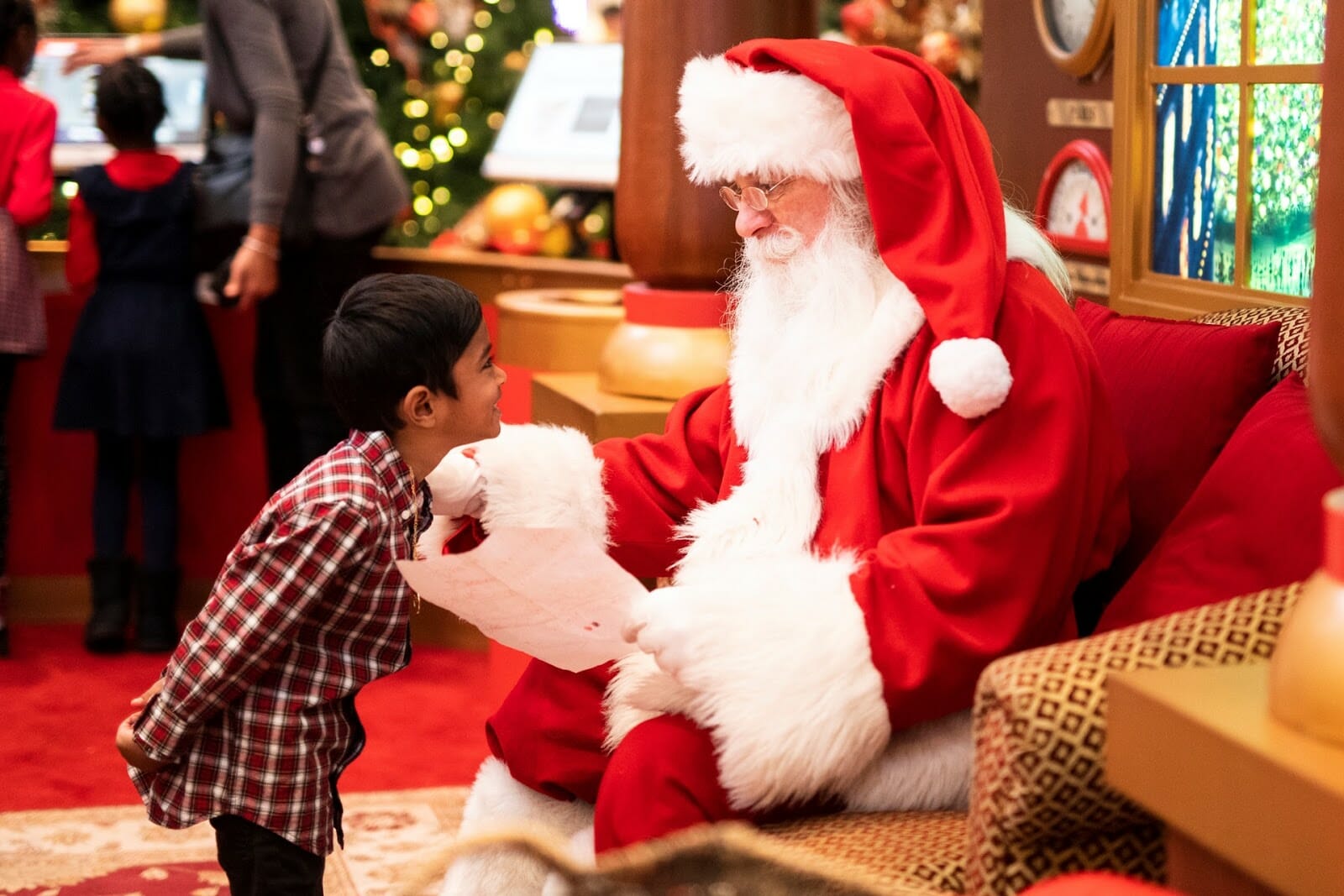 The damage took on a life of its own as the kids started putting pieces together: “Santa’s not real! Then the reindeer aren’t real! Elves aren’t real! All the shopping mall Santa’s? Also. Not. Real!” Then a voice piped out, “What about the Tooth Fairy?”

The adults continued to freak out and yell at the kids, each other, and Uncle Johan too, who simply sat there, pretty drunk, laughing about the chaos.

I just sat there dumbfounded and then burst out laughing. I couldn’t stop laughing so hard, I had to disappear into the kitchen with my friend to calm down.

My friend looked at me with the smile of someone who suffers through this madness every year, “Yea…well… Merry Christmas.”

The screaming and yelling continued for what felt like an eternity but was probably only ten minutes before the mess was cleaned up, and everyone was caught up in the most awkward silence ever.

It didn’t help that I was bright red in the face from trying my hardest not to laugh. The nasty looks I was getting from pretty much everyone at the table did not help.

Let’s just say the entire house stayed as silent as a tomb. I made my hurried farewells and made my post-dinner escape.

Forgotten by the Family At Christmas 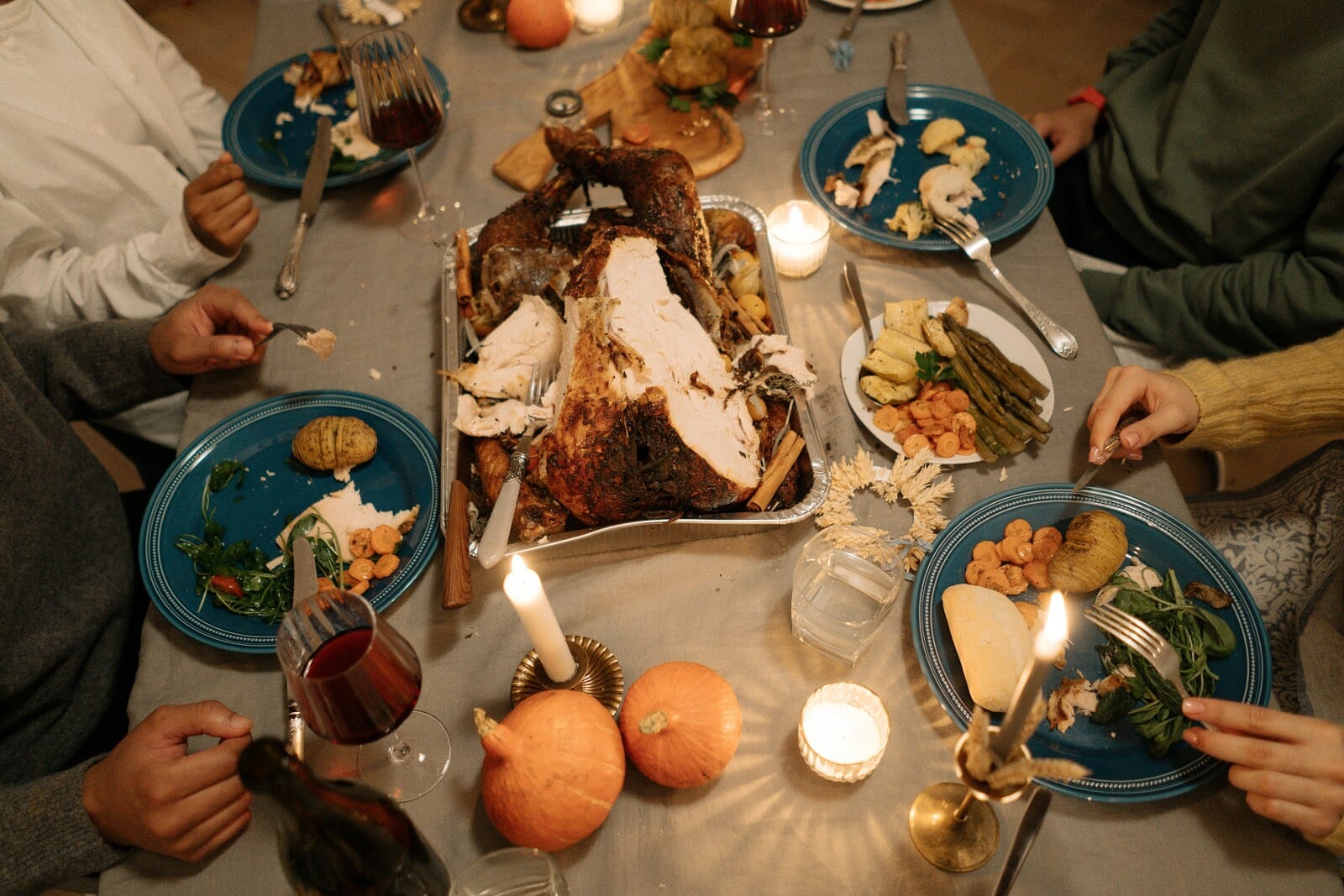 I am the quiet one in my family. Where everyone else is loud and social, I’m the quiet introvert.

It was pretty common for me to be at home and for everyone to forget that I was home.

As the youngest of three siblings, I get that my older brother and sister don’t want to hang around, or baby sit. They would go out for ice-cream, or to see a movie and forget to invite me.

When I was a kid, I didn’t get it. When I was a teenager, this hurt. A lot. I still don’t know if it was deliberate or that they genuinely forgot about me.

Worse than my siblings were my parents. I don’t know how to put it into words, that they would forget to have lunch or dinner for me. I could be studying in my room, or reading a book, and I was just ignored.

Where my elder brother and sister fought to be the center of attention, I was overlooked. I was fifteen the first time they forgot my birthday.

I dealt with it, I learned to cope with it because I had to.

I learned to cook on my own, wash up, do laundry because I had to.

I graduated and moved out so I could be closer to work, but still, a reasonable 25-30 minutes away from my family home.

And then 5 years ago, they actually forgot about me at Christmas.

It was five years ago, when there was no invite to Christmas Dinner, and I just assumed that the family wasn’t doing anything. I really should have called and checked, but I did message to say I’d drop by to visit in the afternoon.

This was the way things went, until last year. I dropped by on Boxing Day earlier than usual. I found my siblings, significant others, and my parents having a family gathering. The tension and awkwardness of that afternoon was thick enough to be cut with a knife.

In the ensuing awkwardness, I discovered that they had traditionally gathered together for Christmas Dinner for years, and I had just never been invited. Forgotten. It turns out that my parents forgot that I tend to drop by on Boxing Day as well.

This year, they sent invites for Christmas Day just after Halloween. But I already have Christmas Day, Boxing Day and New Year’s Eve plans: I’m working from home.

I never said anything about it, but when I look back on it, it still hurts.

Hopefully, I won’t have to think about them, earn something extra and splash out on an extra Christmas Present to myself.

My Gift for Christmas? Finding Out She Cheated 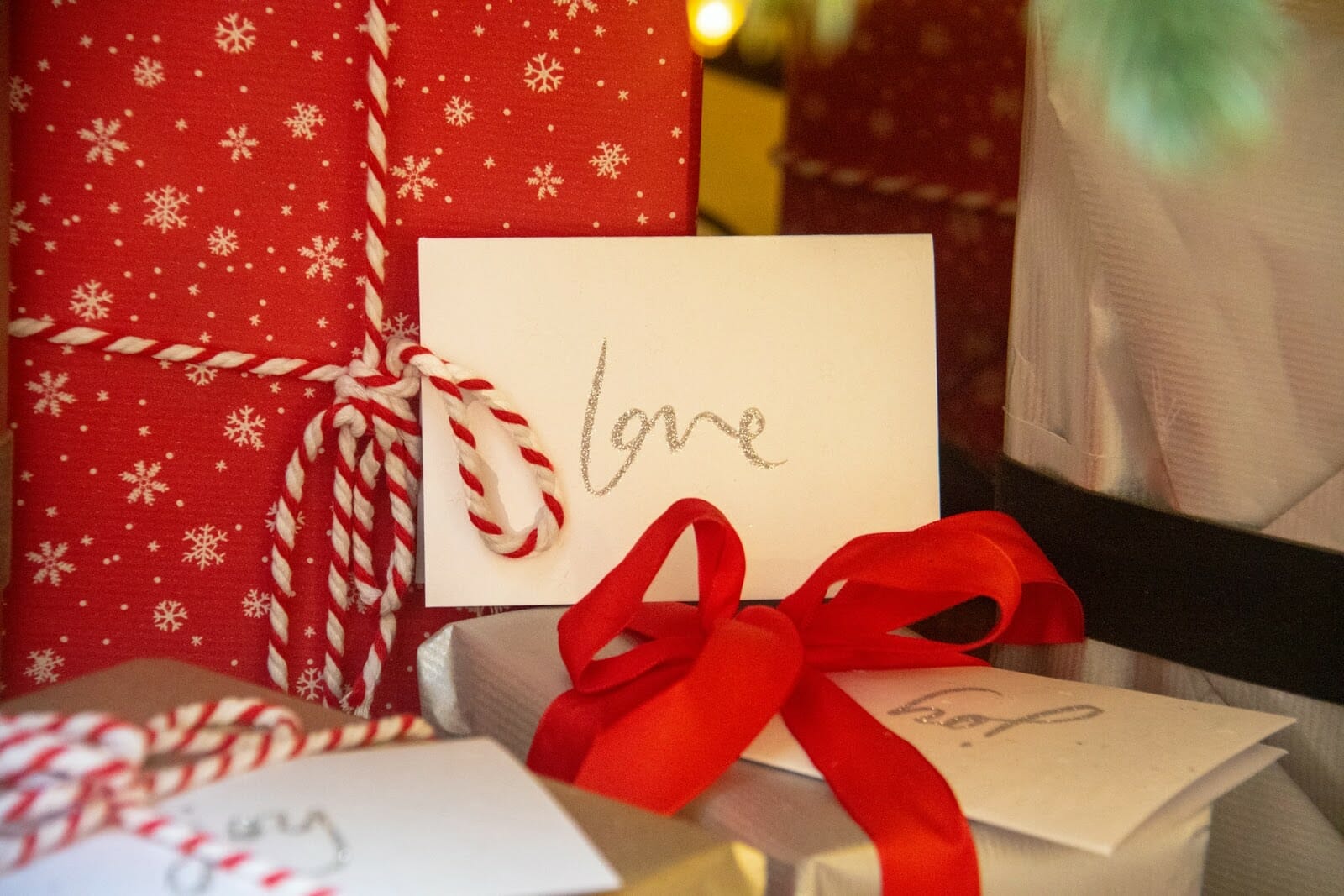 My family, and my girlfriend of the time were gathered around the Christmas tree to open presents. I got one from my girlfriend and unwrapped a small box. Inside was a black billed baseball cap with a red five-pointed-star across the front.

I don’t wear caps, don’t follow any sports or teams, but from her taste in music, I recognized the red star: Avril Lavigne.

I have nothing against her music, but why would she get me merchandise for an artist that I don’t really listen to? So I pull it out and hold it up to everyone to take a look. Everyone was giving confused looks to me, to her, and each other. Even my little brother was going “huh?”

So I just said, “Thank you,” and then I noticed that her face has completely drained of color, and she’s almost ghostly pale. She snatched it back, “This is for someone else! Must have brought it in by accident,” she said.

She snatched the box out of my hands. But I’m still holding the gift tag in my hand which I flip over, and read, “Hey Sayang, Love you. Merry Christmas!”

She had never called me “Sayang.” Ever. I asked the dreaded question, and to her credit, she answered me honestly.

Yes. She was cheating on me. And there were two tickets to an Avril Lavigne concert in the box, that was still in my hands. They had been tucked underneath the hat.

We had been together for almost four years, since our first year in University, even if we were in different programs. He was a Senior in her Mass Comm programme, and she’d been cheating for the last year — at least, but been flirting with him for at least six months before the first time.

Needless to say, we broke up on Christmas morning with my parents and siblings looking on, as I gave her the best present I could: The freedom to spend Christmas with her fling.

I kinda hate when Christmas comes around now.

For more stories like this, read:  What It’s Like Working a 13-Hour Kitchen Shift on Christmas Day 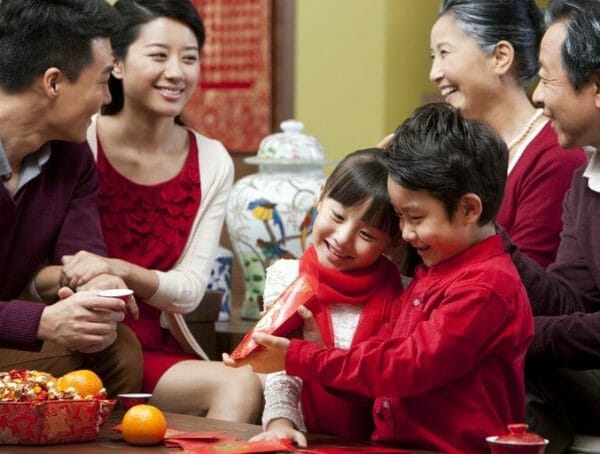 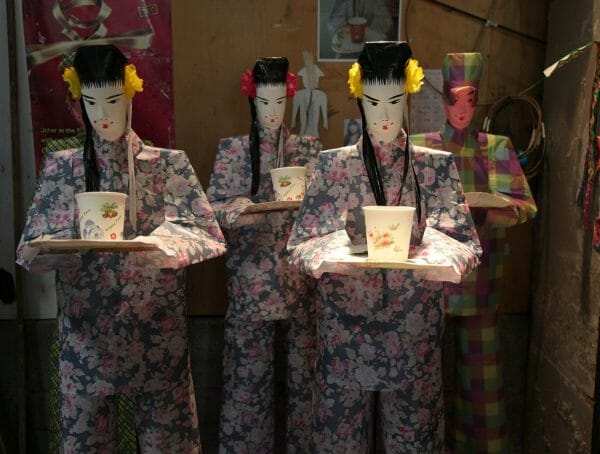