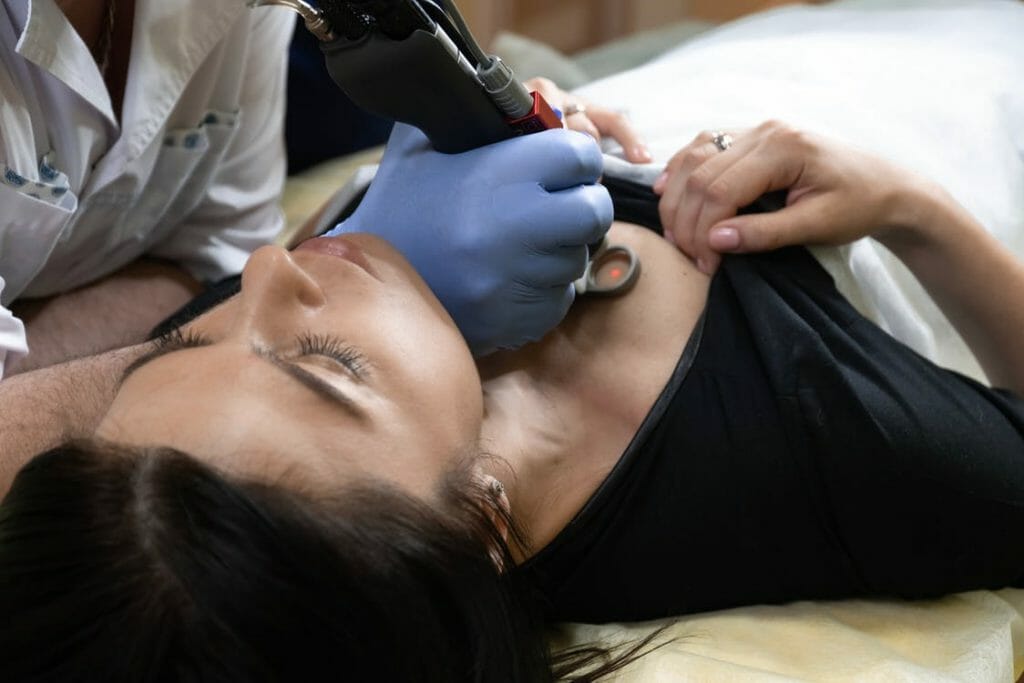 I’ve always had depression. It followed me like my shadow, a constant presence – something I describe as the only constant in my life. It hung over me like a looming spectre.

I spent years in and out of therapy, and then one day finally made the decision to see a psychiatrist. Friends of mine recommended a place in KL.

It was a little on the pricey side, but I decided it was going to be worth it for my mental health.

I would do anything for the constant void of nothingness to end.

Securing an appointment was quick and easy.

I emailed in to the centre and the response I received assured me that I would be seen by one of their psychiatrists and that I’d receive compassionate, quality care.

My first appointment went well and I went home with medication that was supposed to help. I felt good about things and thought about how things would finally change for me.

I began seeing Dr. Goofy (not his real name) in 2016 up till this year. In retrospect, a lot of things were going wrong, but hindsight doesn’t do much beyond making me see things in another light.

I didn’t realise my tendency to sweep things under the rug would come back to bite me in the ass later.

It Began With The Little Things

A “why don’t you sit here?” while he patted the chair next to him.

The number of times he sat right in front of me, bare inches between us.

Questions about my sex life that I brushed off but then realised was very boundary crossing:

He also repeatedly asked me to go out for drinks with him – a suggestion that I would good-naturedly agree to because I don’t know how to say no to a man. 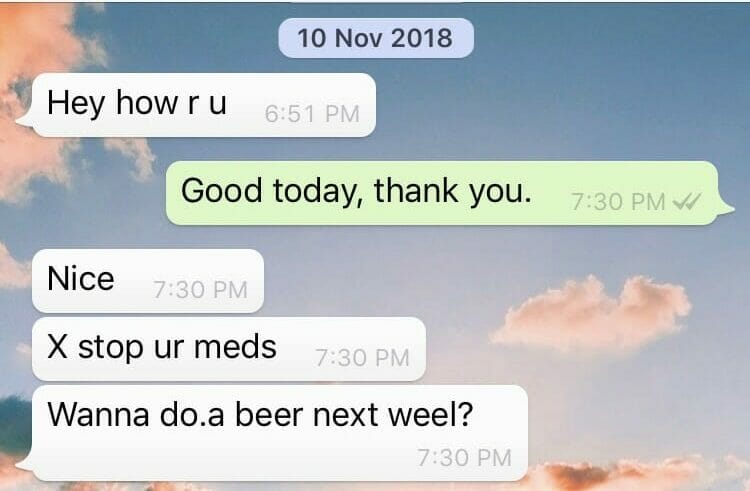 Especially when they’re right in front of me and about two inches from my face.

I never did take him up on the offer, however, as it was never my intention to actually have drinks with my psychiatrist.

Another time, I remember he suddenly told me that he had diagnosed me with bipolar type 2 as well as ADD, right before I was leaving the country to study in Australia.

He didn’t tell me the reasons why, nor how he came to the conclusion. I’m really not sure if he had any.

My new psychiatrist as well as my psychologist have assured me that they do not think he was right.

I would like to stress that the unwanted attention I received from him was fairly minimal, compared to others.

For example, recently there was a piece of news that went viral, in which a doctor sexually harassed one of his patients, a rape victim who had come to him for help.

As the news hit, I talked about it with my friends about our own experiences with doctors who go beyond what is acceptable standards of conduct.
.
What I did discover: I wasn’t the only one my psychiatrist was doing this to.

It turns out there were numerous other women in my circle of friends and colleagues who had similar experiences to mine.

One of my friends, Xanthea (not her real name), spoke to me about the sessions she had had with Dr. Goofy. She had also fielded intrusive sexual questions from him.

Questions like: “Does your boyfriend finger you?” He also seemed irrationally biased against her boyfriend and insisted that she should break up with him, on very minor grounds.

Unfortunately, he also told her gross details about himself, like the fact that the hair on certain private parts of his body was grey. This was completely unnecessary and inappropriate.

Besides that, he tried to give her a prescription that she did not want.

Another acquaintance, Yasmin (not her real name), told me how he had offered her ketamine, and told her that it was legal. He asked her to take it together with him.

For the record, ketamine is not a legal drug.

I was naturally appalled to hear this, and even more appalled to realise that there were more victims out there, because he was exhibiting a pattern of behaviour at work.

Although not all psychiatrists or medical specialists exhibit such predatory behaviours, it’s pretty outrageous that we have to safeguard ourselves against men in positions of power who take advantage of the power dynamics to prey on the vulnerable.

What To Do When Your Medical Advisor Is Sexually Harassing You

So what do you do if you come across a situation where your trusted medical professional has begun to make you feel uncomfortable?

1. Request for a transfer
If you have a specialist who makes it uncomfortable for you to be around, you can put in a request for a transfer. However, do note that this means someone else will be transferred to your doctor, and they will suffer the same behaviour from that professional. It’s best to treat it at the source and prevent that doctor from continuing their practice.

2. Report it to the police
You should lodge a police report, especially if the doctor has impinged on your bodily autonomy without consent. However, it is often not easy to make a report when there is a lack of evidence, the risk of people not believing you, or backlash from the doctor themselves.

3. Seek legal advice
As such, the best way forward is often to seek advice from a legal counsel before deciding on your next course of action. You can check out All Women’s Action Society and the Association of Women Lawyers for legal advice. Their contact details are at the bottom of this article.

4. Seek help from NGOs
You can also look for help and support from women’s organisations such as Women’s Aid Organisation (WAO), Women’s Centre for Change Penang, and Talian KASIH which offers free counselling, shelter, and they will provide someone to manage your case. Their contact details are at the bottom of this article.

Remember, you don’t need to have a clear cut case of sexual abuse to lodge a report. You can do so when you have reasonable cause to worry that a certain individual is currently conducting sexual abuse with his patients.

For more stories about inappropriate sexual behaviour and how to address it, check out I’m a Guy on Tinder Looking for Hookups. Here’s 4 Ways to Avoid Me and Consent Is Essential – Here’s How You Can Incorporate It In Your Daily Life.

To all survivors of gender-based violence, do not hesitate to contact the following organisations for free and confidential support:

consentdoctormental healthsexual harassment
Previous ArticleWhat Made These Women Stay in Their Problematic Marriages?Next ArticleNot All Malaysians With Tattoos Are Gangsters – Here’s Why
Read More Stories 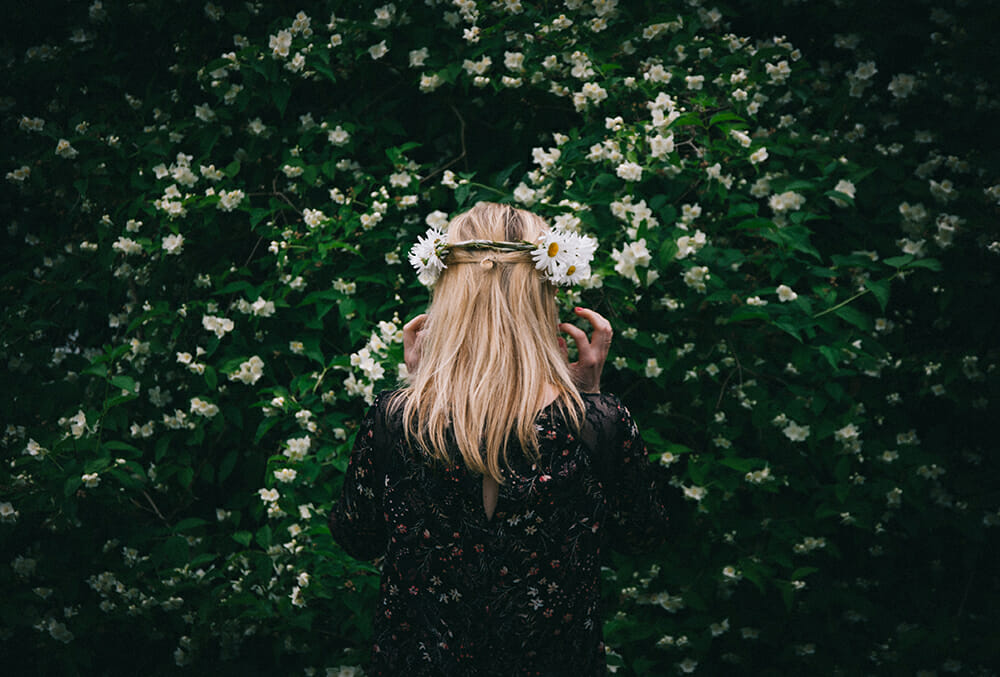 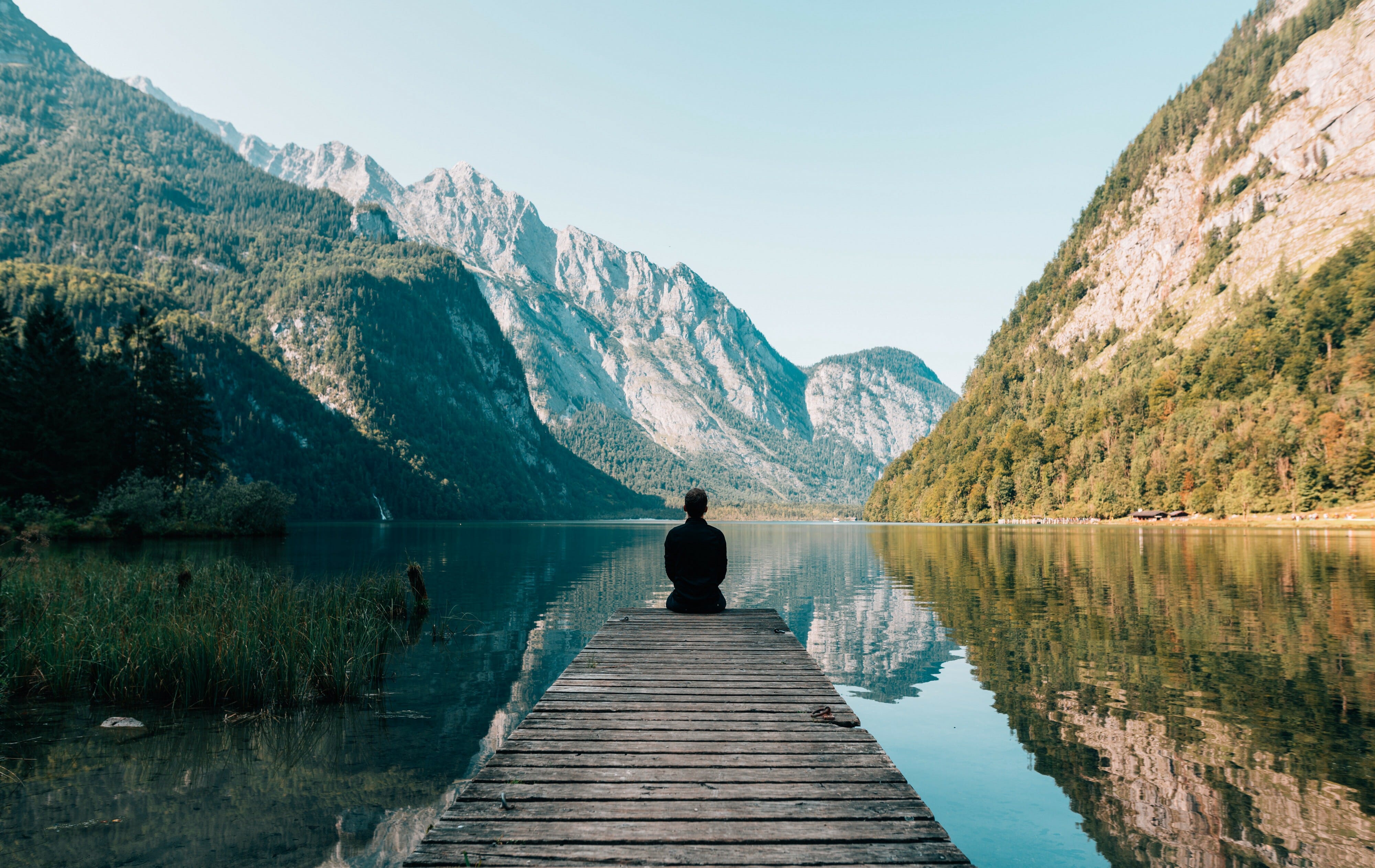 Feeling Restless? Here Are 3 Ways To Jumpstart Your Dream 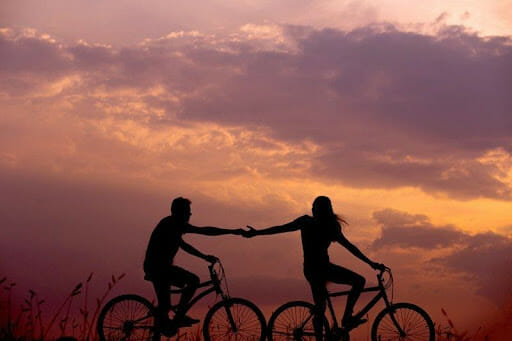 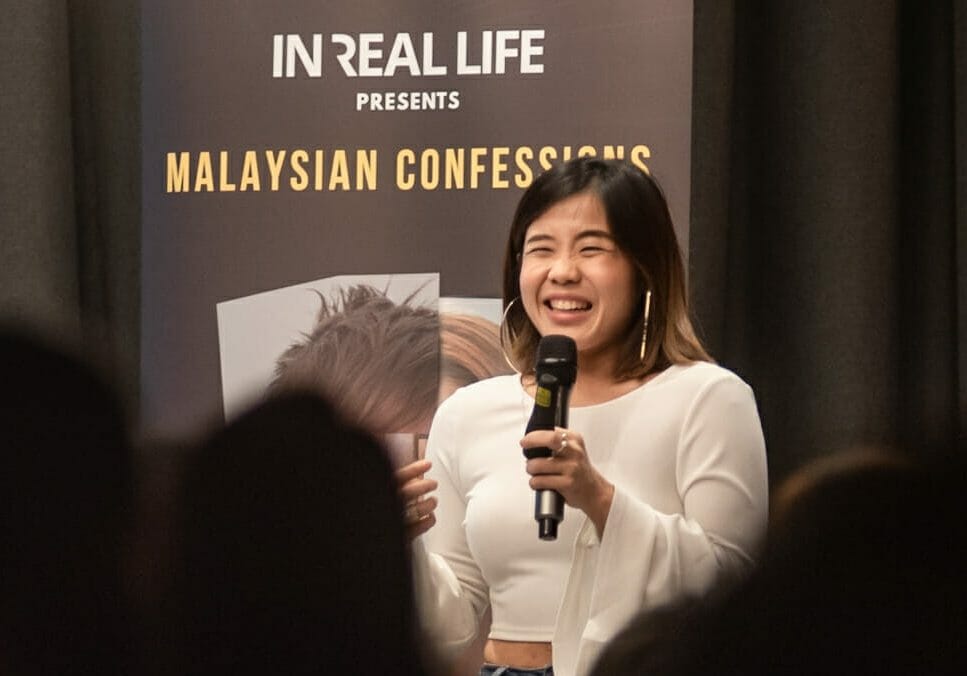 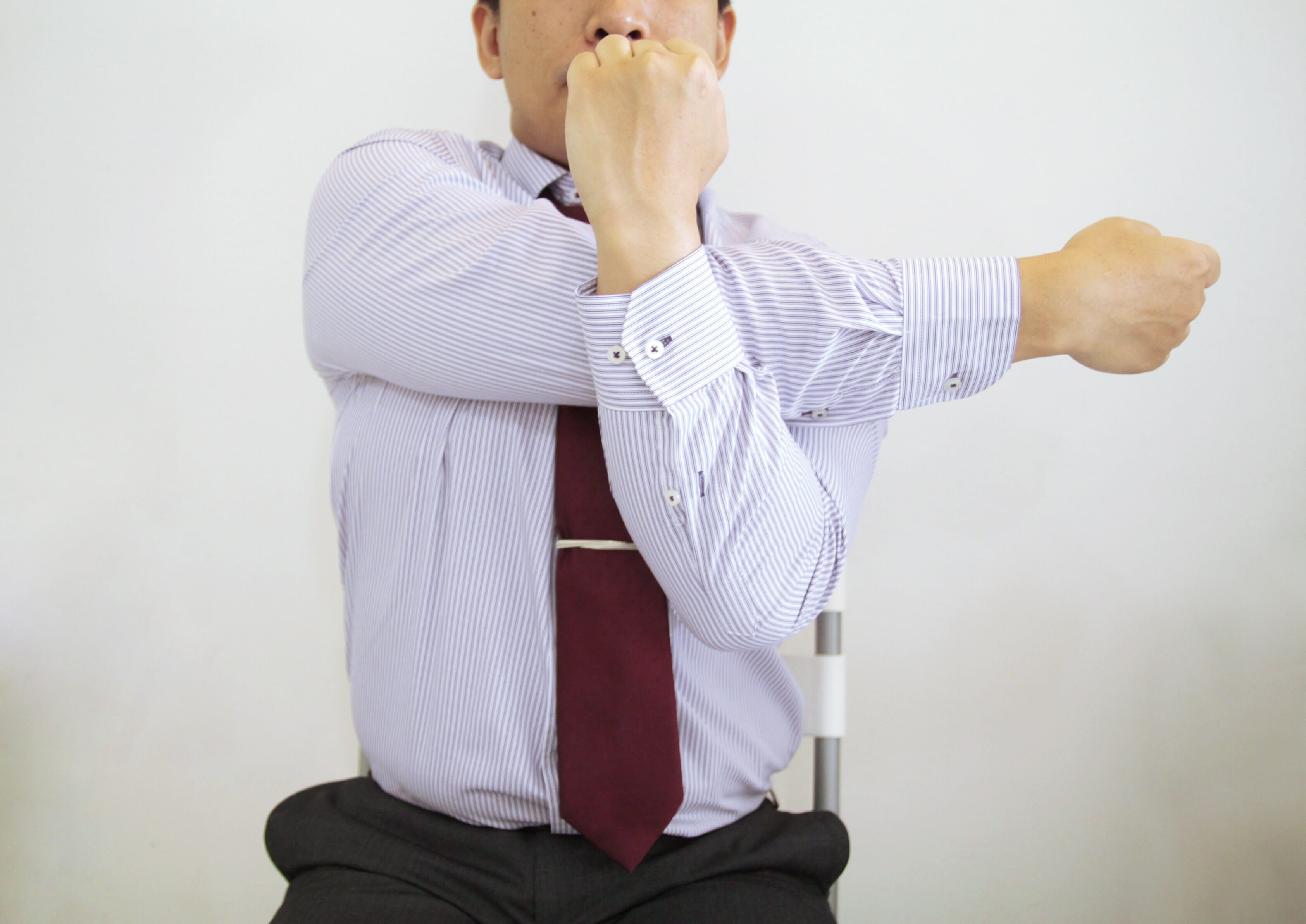